In this article, we’ll compare two foldable smartphones from Huawei, the Huawei Mate X vs Huawei Mate X2. These are the first-gen and second-gen models from the company. Truth be said, Huawei did make some notable improvements with the second-gen foldable. Some of you may prefer the first-gen one, though, and are wondering whether it’s worth getting over the new model. Well, that’s something we’ll try to help you decide in this article.

In this article, we’ll go over a number of different categories. In other words, we’ll compare the two devices from a number of different aspects. We’ll kick things off by listing their specifications, and will then move to the design, display, performance, battery, cameras, and audio sections. Having said that, let’s kick off the Huawei Mate X vs Huawei Mate X2 comparison, shall we.

When it comes to the design, they both feel premium. The thing is, they do offer considerably different design approaches. The Huawei Mate X is an outwards-folding smartphone. It comes with a single display, and that display is always exposed. It doesn’t matter if the phone is folded or not. When folded, though, half of its display sits on the bottom. So, you have to be careful how you handle the device when folded, that’s for sure, as it can get scratched up easily. That fact is even more pronounced as the phone features a plastic layer on its display.

The Huawei Mate X2 is far more similar to the Galaxy Z Fold 2 when it comes to design. It features an inwards-folding design, which means its main display is protected when folded. It does have two displays, unlike its sibling. The secondary display is placed on the outside, and is accessible when the phone is folded. That display is also quite large, actually, which is something we’ll talk about in the next section.

The Huawei Mate X2 is slightly taller than its sibling, but it’s narrower in both folded and unfolded forms. It is considerably thicker, though, it doesn’t matter if folded or not, it’s considerably thicker either way. The two phones are actually equal in terms of weight. They both weigh 295 grams, which means they’re quite bulky. That’s not something that can be avoided when it comes to foldable smartphones, though. 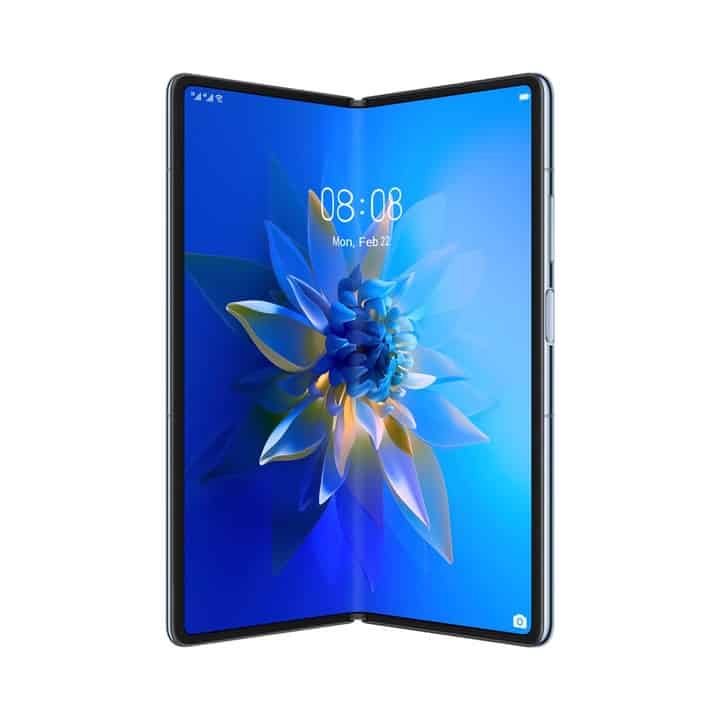 When folded, the Huawei Mate X can still use a part of its 8-inch display. At that point, you’re left with a 6.6-inch canvas, and its resolution changes to 2480 x 1148 pixels. The Huawei Mate X2 has a separate secondary display, which also offers a 90Hz refresh rate. That display measures 6.45 inches, and it’s also of an OLED variety. The display has a resolution of 2700 x 1160 pixels, by the way.

So, are these displays any good? Well, yes, they are. Both panels on the Huawei Mate X2 have the advantage of a high refresh rate, but in terms of image reproduction, they’re pretty much the same. They offer punchy colors, have great viewing angles, and those deep blacks that you’d expect out of OLED panels. There is some glaring from that plastic film on top of the main displays, but that’s something to be expected when it comes to foldables, at least at this point in their evolution.

When it comes to performance, well, they both have a lot to offer. The thing is, their internals are considerably different. The Huawei Mate X2 is a generation newer, and thus comes with more modern specs. The device is fueled by the Kirin 9000 SoC, the most powerful processor Huawei ever announced. The Huawei Mate X, on the other hand, includes the Kirin 980 processor, which is still quite powerful.

They both come with plenty of RAM, you’ll find 8GB of RAM in all iterations of these two phones. When it comes to storage, the Huawei Mate X2 has the advantage. The phone comes with faster UFS 3.0 flash storage, compared to UFS 2.1 flash storage on the Huawei Mate X. That is not something you’ll notice in regular day-to-day performance, but you will notice it when transferring files via a USB, or something of the sort.

What is the performance like, though? Well, both of them offer great performance, to say the least. Neither of these two phones will lag on you, far from that. They both handle regular, everyday tasks without the slightest issue. They can also handle gaming perfectly fine, and run pretty much any game you decide to run on them. The Huawei Mate X2 can fire up those games faster and everything, plus it has the advantage of a higher refresh rate. Other than that, the performance is pretty much the same.

Huawei smartphones are usually quite good when it comes to battery life. These two are as well, though they’re not the best around. Both smartphones include a 4,500mAh battery pack, by the way. Now, when it comes to actual battery life, it all depends on how much you use the main display. If you’re constantly on it, instead of using the secondary display, or in the Mate X’s case, part of its main panel, you’ll see worse battery life.

If the majority of your usage is on the main display, you’ll hardly get to 6 hours of screen on time with these two phones. It also depends on what you’re doing on the phones, of course. So, we cannot really share any specific numbers, as your mileage will vary. There are too many variables to consider here. Huawei could have included an even larger battery inside of these two phones, though. What is worth saying, though, is that the Mate X should be able to provide better battery life.

If you run out of juice ahead of time, though, you can always quickly recharge both phones. They both support 55W fast wired charging. Such charging speed can get you from 0 to 85-percent charge in only 30 minutes. Do note that neither of the two phones offer wireless charging, which is quite unfortunate. For the Huawei Mate X2, it’s even quite surprising that wireless charging is not included… but there you go.

When it comes to cameras, both smartphones are quite versatile, though the Mate X2 has the advantage. The Mate X2 not only comes with a more capable main camera, but it also includes that periscope camera for the versatility factor. The Mate X2 comes with the same main camera as the company’s latest Mate series flagships, which is a good thing. That 50-megapixel camera is extremely capable.

The Huawei Mate X doesn’t lag behind all that much, but images from the Mate X2 end up being slightly more pleasing to the eye. It also does a better job in low light, at least when it comes to its main sensor. It manages to retain more details from the shadows, and generally does a better job when it comes to balancing an image. Ultra-wide cameras are really good on both smartphones, they provide pretty much the same results. 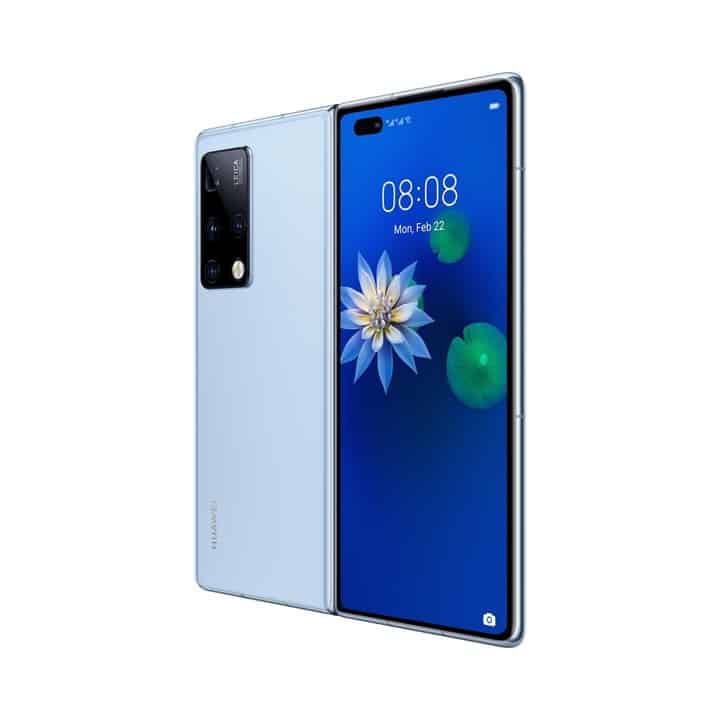 That periscope camera on the Huawei Mate X2 does an excellent job in good lighting. 10x optical zoom is included, by the way. It’s not all that great in low light, though, but that’s the case for every periscope camera out there. All in all, you’ll be quite happy with camera performance from both of these smartphones, that’s for sure.

The sound from a good pair of headphones is good on both phones. You’ll get well-balanced output, across the spectrum. Such sound is quite similar on both smartphones, and not many people will have complaints. Do note that a 3.5mm headphone jack is not included on either phone, though. So, you’ll either have to use a dongle to get your wired headphones connected, or use a Bluetooth connection.