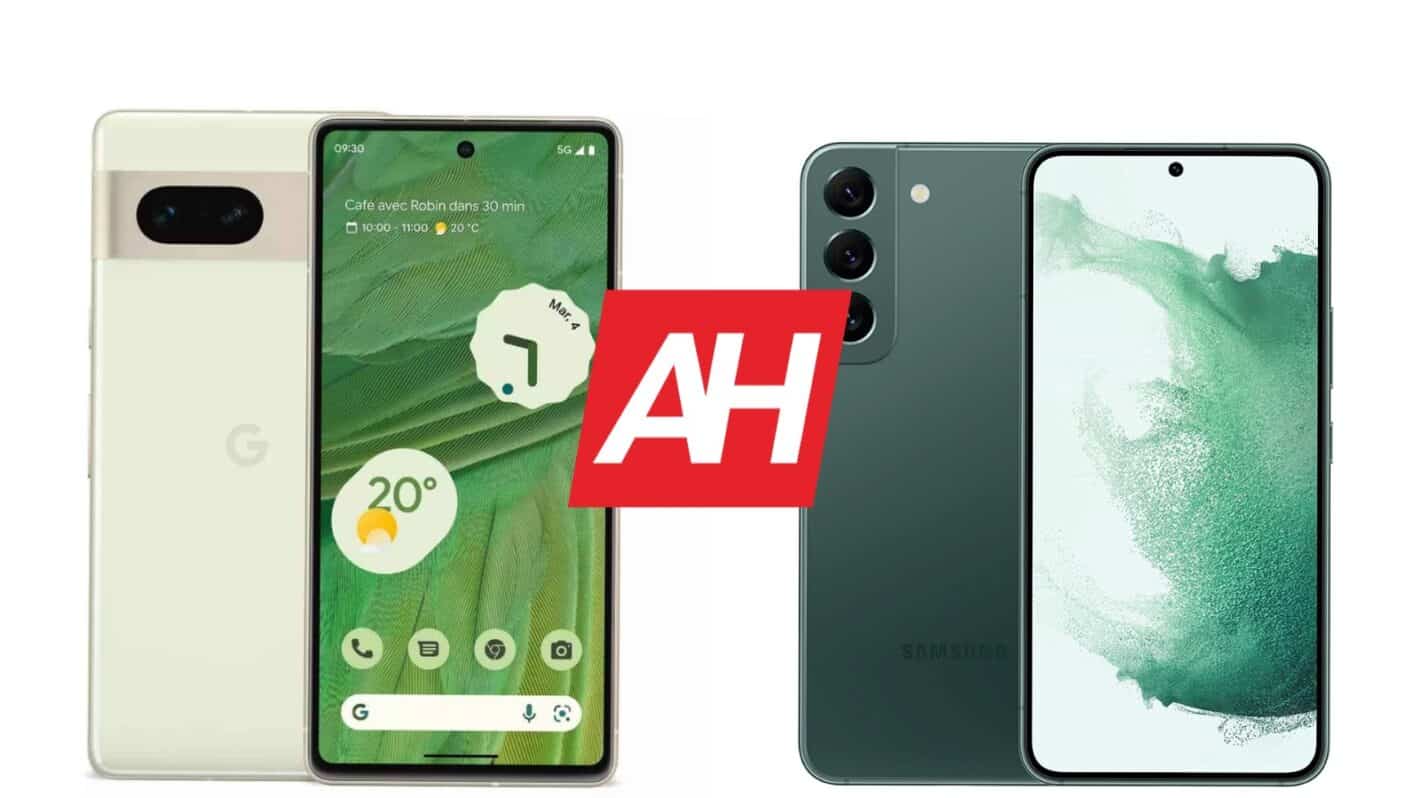 If you’re not a fan of huge phones, and are planning to get a new device, these two should be in consideration. They are quite different, though, which is why this comparison may help you make a decision. They do look different, while the in-hand feel is different, and so on. We’ll first list their specifications, and will then compare them across a number of categories. We’ll compare their designs, displays, performance, battery life, cameras, and audio performance.

Both of these phones are actually made out of aluminum and glass. Gorilla Glass Victus is included on the back of the Pixel 7, while the Galaxy S22 features the Gorilla Glass Victus+. The Pixel 7’s corners are less curved, while both have flat displays. They also both include a display camera hole at the top, which is centered. Further differences are noticeable when you flip the two phones over.

The Pixel 7 has a camera visor on the back. This time around, that visor is covered by metal, the same material the frame is made from. In fact, that visor is a part of the frame, kind of, it’s connected to it, a one-piece design. The Galaxy S22’s rear cameras are also protected by metal, which also protrudes from the frame, but this camera island is much smaller, as it sticks to the top-left corner of the phone’s back.

The Google Pixel 7 features a 6.3-inch fullHD+ (2400 x 1080) AMOLED display. This display is flat, and it supports HDR10+ content. It gets quite bright at 1,400 nits at its peak, and it’s protected by the Gorilla Glass Victus. So it has the same protection as on the back. We’re looking at a 20:9 display aspect ratio here by the way, though the Galaxy S22 has a higher screen-to-body ratio. 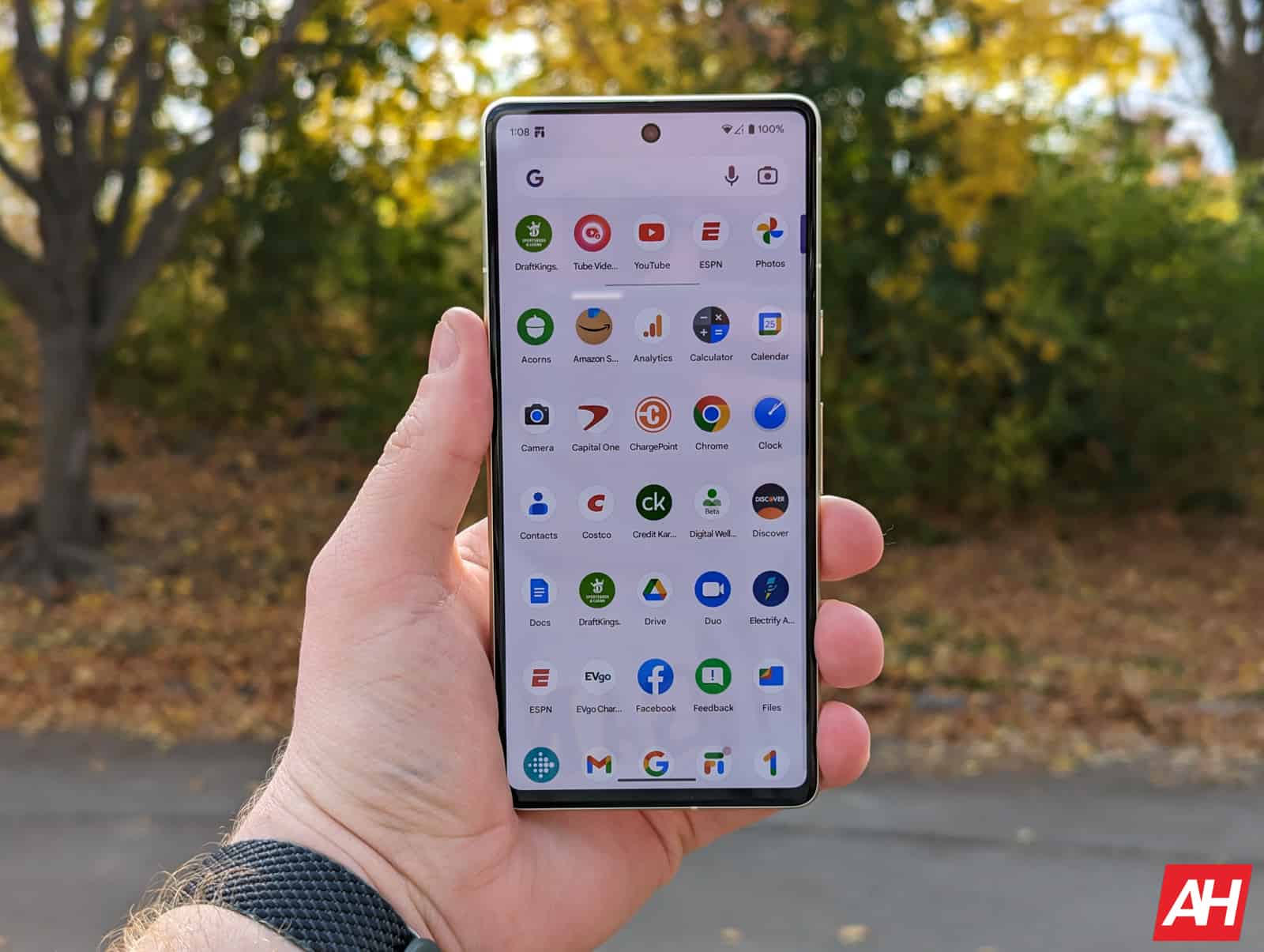 Speaking of which, the Galaxy S22 utilizes a 6.1-inch fullHD+ (2340 x 1080) Dynamic AMOLED 2X panel. That display is also flat, while it supports a 120Hz refresh rate. It also supports HDR10+ content, and gets up to 1,300 nits of brightness at its peak. The Gorilla Glass Victus+ protects this panel, while we’re looking at a 19.5:9 display aspect ratio here.

Truth be said, both of these panels are excellent. The Galaxy S22 technically has a better display, as it offers a higher refresh rate, but the Pixel 7 keeps up. They’re both very vivid, get quite bright, and have excellent viewing angles. They’re both also quite color accurate, and have those deep blacks that we love to see on AMOLED panels. The touch response is also excellent on both. You can’t really go wrong with either, but if you really need to have a 120Hz refresh rate, the Galaxy S22 is the one to go for.

Do note that we’ve used the Snapdragon 8 Gen 1 variant of the phone, which is technically better than the Exynos 2200 variant. The SoC does perform better, while it also offers better battery life, and better pictures, based on what we’ve seen. Having said that, both smartphones do perform really well. They do great with everyday tasks, though there are some differences. Those differences come down to gaming, for the most part. The Snapdragon 8 Gen 1 handles demanding games better than the Tensor G2. When it comes to less demanding titles, they both do just fine.

Neither of those two SoCs is great with heat management, so they do heat up, but nothing that should worry you. Everyday tasks are not a problem at all, they both do a great job when it comes to those. The Exynos 2200 Galaxy S22 model may offer different performance, so keep that in mind.

If you’re not a really light user, chances are you’ll have to recharge that phone during the day. Depending on your usage, you may get around 4-5 hours of screen-on-time. The Pixel 7, on the other hand, can provide a lot more than that. We were able to get around 7-8 hours of screen-on-time, and the phone was even able to pull us over the 8-hour mark a couple of times. Needless to say, that’s a considerable difference between the two. 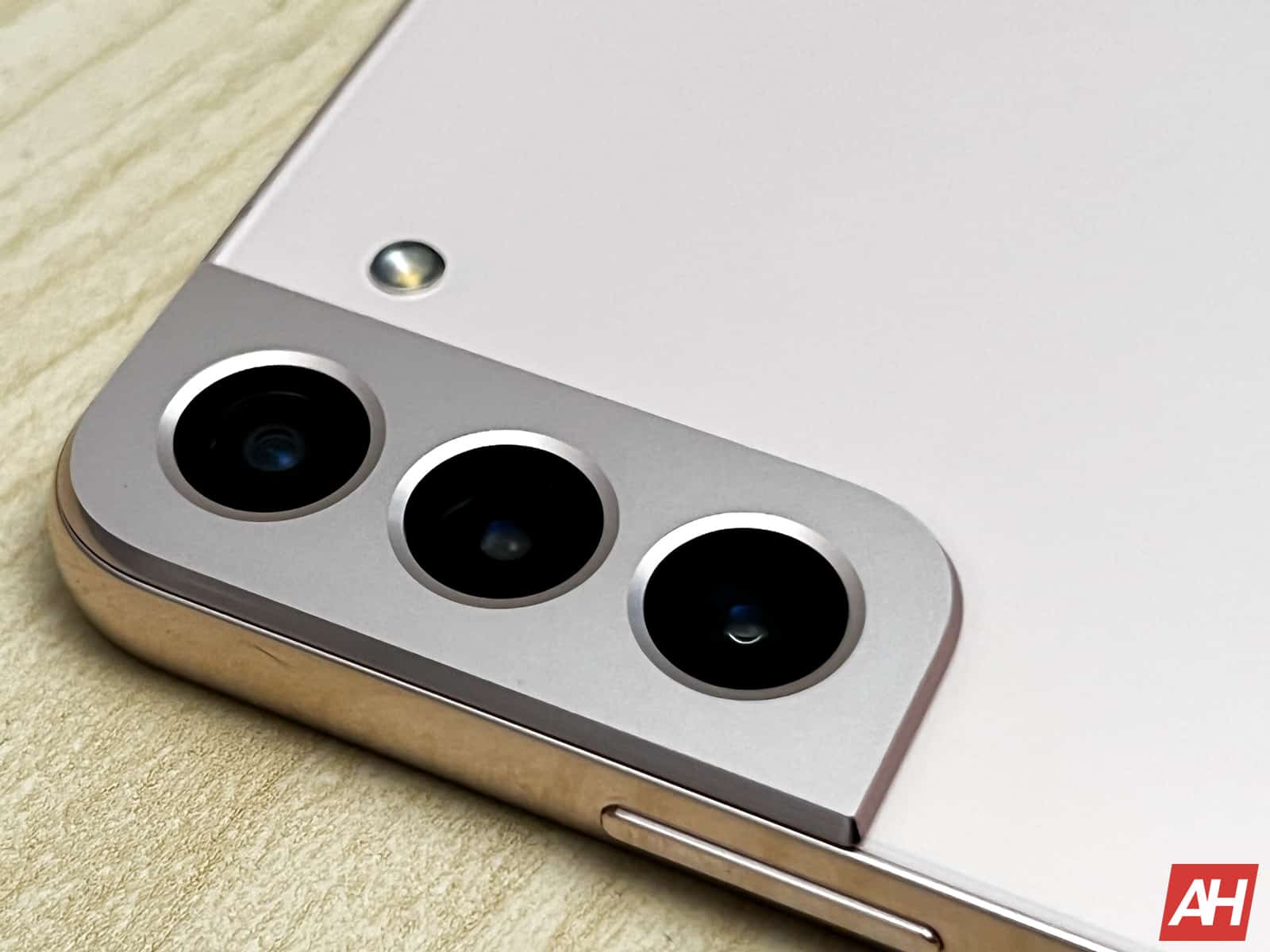 These two phones do provide different pictures. The Pixel 7 gets you contrasty images, with great shots in HDR conditions. Those images have that classic Pixel look, and they do offer plenty of details. Even in low light, the Pixel 7 does a great job, as it preserves a lot of detail, and it can light up scenes quite a bit. The Galaxy S22 provides a bit more saturated images, which are also great during the day. In low light, it does trail behind the Pixel 7 a bit, though the images it provides in such conditions are not bad at all.

Both ultrawide cameras are really good, though you may want to stick to using them during the day. They do a good job in low light, but not as good as the main sensors. The telephoto camera on the Galaxy S22 does a good job, as long as you don’t go over 3x zoom. The video recording is good on both, but it’s more stable on the Pixel 7. You’ll see some distortion on both phones while panning (during video recording).

If you really need a 3.5mm headphone jack on your phone, you’re out of luck. Neither of these two phones offers it. You’ll need to resort to using a Type-C port for wired connections. They do support Bluetooth 5.2, both of them, so you can easily connect your wireless headphones. Both phones do a good job in that regard.

They also include a set of stereo speakers. The ones on the Galaxy S22 are even tuned by AKG, and we do prefer that sound, even though the difference is not that big. The soundstage does seem to be a bit wider on the Galaxy S22, but not by much. You’ll be getting really well-balanced audio from both phones.