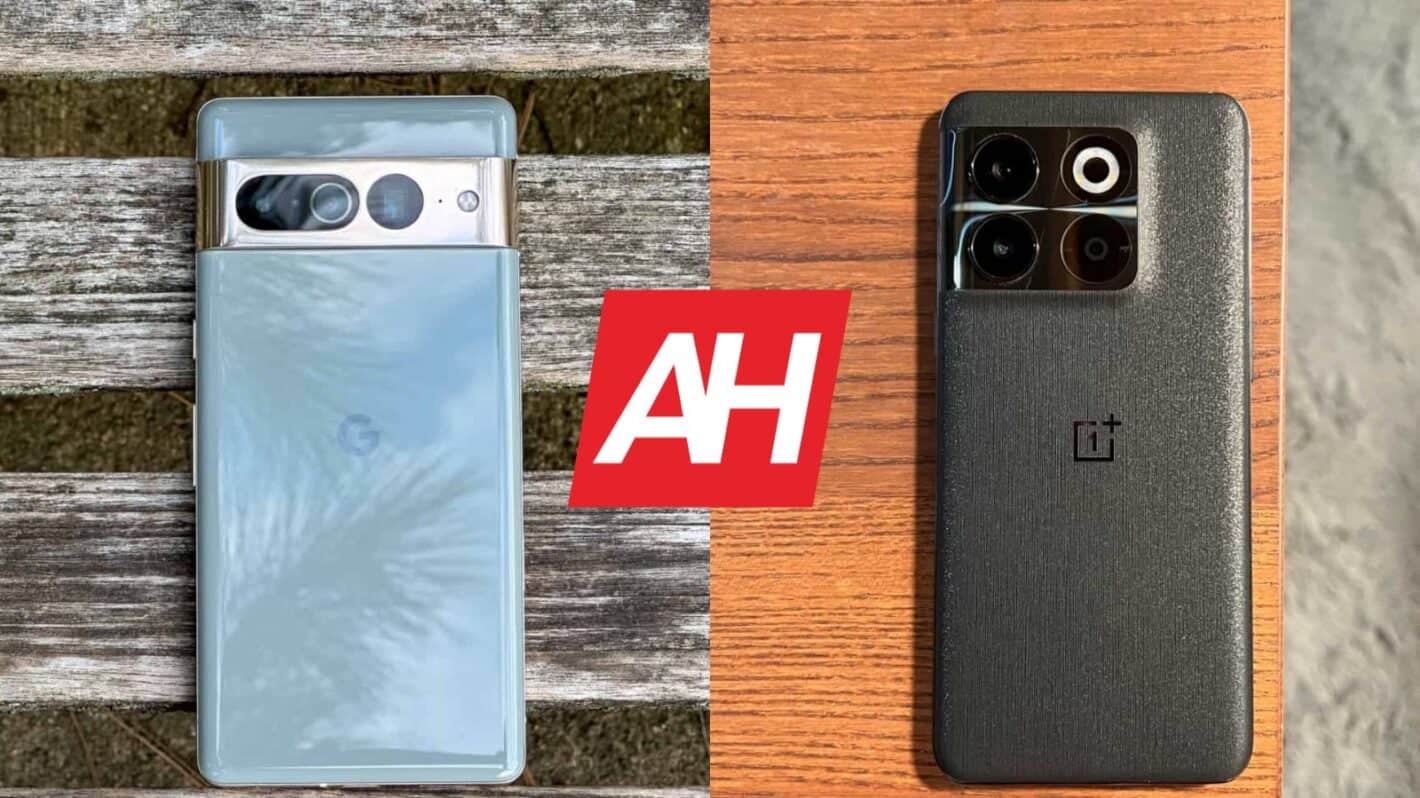 Both Google and OnePlus announced some truly compelling phones this year. We’ve already compared several of them, but in this article, we’ll focus on the Google Pixel 7 Pro vs OnePlus 10T comparison. The Pixel 7 Pro is the most powerful handset Google released this year, and the OnePlus 10T is one of two high-end devices OnePlus is offering. The OnePlus 10T is the more affordable of the two (OnePlus phones), and also the one that launched last. It is also considerably more affordable than the Google Pixel 7 Pro, so keep that in mind.

We’ll first list the spec sheets of these two phones, and will then proceed to compare them across a number of categories. We’ll take a look at their designs, displays, performance, battery life, cameras, and audio performance. Both of these phones are compelling, but each of them shines in different ways. So, let’s see what those ways are, and that will hopefully help you make up your mind on which one to get.

Both of these devices utilize glass backs, but the frames are different. The Pixel 7 Pro has a frame made out of aluminum, while OnePlus opted for plastic. That’s not something you’ll feel when using the phone, though, as it feels quite premium. The Pixel 7 Pro has Gorilla Glass Victus on the back, while the OnePlus 10T includes Gorilla Glass 5. These two phones are both quite large, but they do look quite different.

Both phones have a centered display camera hole at the top, and also thin bezels. The Pixel 7 Pro has slightly more squarish corners, and a curved display. The OnePlus 10T has a flat display. When you flip them over, you’ll see how truly different they are. The Pixel 7 Pro has a camera visor covered by aluminum, while the OnePlus 10T includes a camera island that looks like it’s protruding from one side of the phone. You will also spot logos of the two companies on the back of these two phones.

The Pixel 7 Pro is a bit wider, while they’re basically identical when it comes to height and thickness. The Pixel 7 Pro is a bit heavier at 212 grams, compared to the 204 grams of the OnePlus 10T. That difference is almost negligible, though. Do note that both of them are quite slippery in the hand, and not easy to use with one hand, not at all. Using a case is a good idea when it comes to both phones. They both feel quite premium in the hand.

What they also have in common is display size. Both phones include 6.7-inch displays, but different ones. The Pixel 7 Pro has a 6.7-inch QHD+ (3120 x 1440) LTPO AMOLED panel. That is a curved display, with a 120Hz refresh rate. It supports HDR10+ content, and gets quite bright at 1,500 nits of peak brightness. The display is protected by the Gorilla Glass Victus, and we’re looking at a 19.5:9 display aspect ratio here. 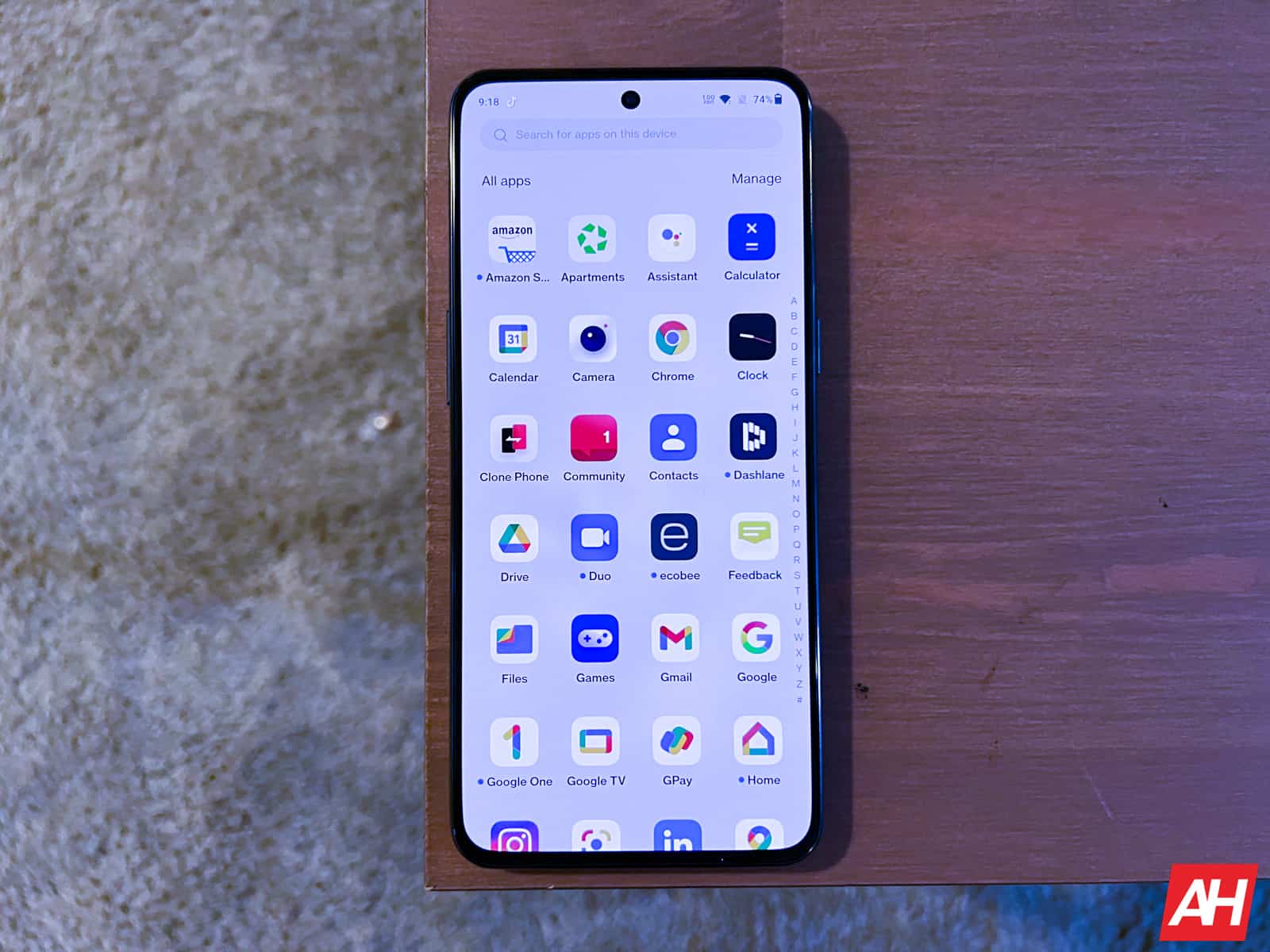 The OnePlus 10T, on the other hand, features a 6.7-inch fullHD+ (2412 x 1080) Fluid AMOLED display. This panel is flat, and it can project 1 billion colors. It is a 120Hz display, and it supports HDR10+ content. The Gorilla Glass 5 is included on the front, to protect the display itself. We’re looking at a 20:9 display aspect ratio on this phone. This panel does get quite bright, but not as bright as the Pixel 7 Pro’s display.

So, overall, both of these panels are excellent. They offer really good touch response, great viewing angles, and they’re also great to look at, of course. The colors are vivid, the blacks are deep, and using them is a joy. If you really do need to get the sharper panel, the Pixel 7 Pro’s display is it. The OnePlus 10T display is more than sharp enough, though. They’re both bright enough for outdoor use as well.

When it comes to performance-related hardware, both are well-equipped, as expected. They do include different internals. The Pixel 7 Pro relies on Google’s very own Tensor G2 processor. The OnePlus 10T is fueled by the Snapdragon 8+ Gen 1 SoC from Qualcomm. Both of those are very powerful processors, but different, more on that soon. Both phones do come with LPDDR5 RAM and UFS 3.1 flash storage. The Pixel 7 Pro goes up to 12GB of RAM, while the OnePlus 10T goes up to 16GB of RAM.

The first thing you need to know is that both phones perform admirably in most situations. They both handle regular, everyday performance scenarios like champs. They can multitask like nobody’s business, consume multimedia content, and so on. Basically anything you can think of. Things are a bit different when it comes to gaming, though. The Pixel 7 Pro is not exactly made for gaming, but it can handle most games with ease. When it comes to extremely demanding games, like Genshin Impact, that’s where it struggles a bit (and heats up), and you may be forced to mess with the settings. The OnePlus 10T handles such games a lot better, mainly because of the Snapdragon 8+ Gen 1. OnePlus also included a whole suite for gaming on the phone.

The Google Pixel 7 Pro has a 5,000mAh battery on the inside. The OnePlus 10T comes with a 4,800mAh battery. Based on the battery capacity alone, you may have guessed that the Pixel 7 Pro offers battery life. Well, that’s not really true. The OnePlus 10T takes the cake here, and not only because it has a display with a lower refresh rate. The Snapdragon 8+ Gen 1 is excellent when it comes to power consumption, and it really pushes this phone beyond all limits.

The OnePlus 10T was able to provide us with over 10 hours of screen-on-time a number of times. That’s not something many phones can say for themselves. That’s actually why we gave it the best battery life smartphone of 2022 award. While using that device, we didn’t have to worry about battery life at all. The Pixel 7 Pro, on the other hand, offers really good battery life, but not quite on par with the OnePlus 10T. You can get around 7 hours of screen-on-time with it, at least we were able to, but not much more. Your mileage may vary with both phones, of course, as per usual. Your usage is different, your signal is different, and so on. 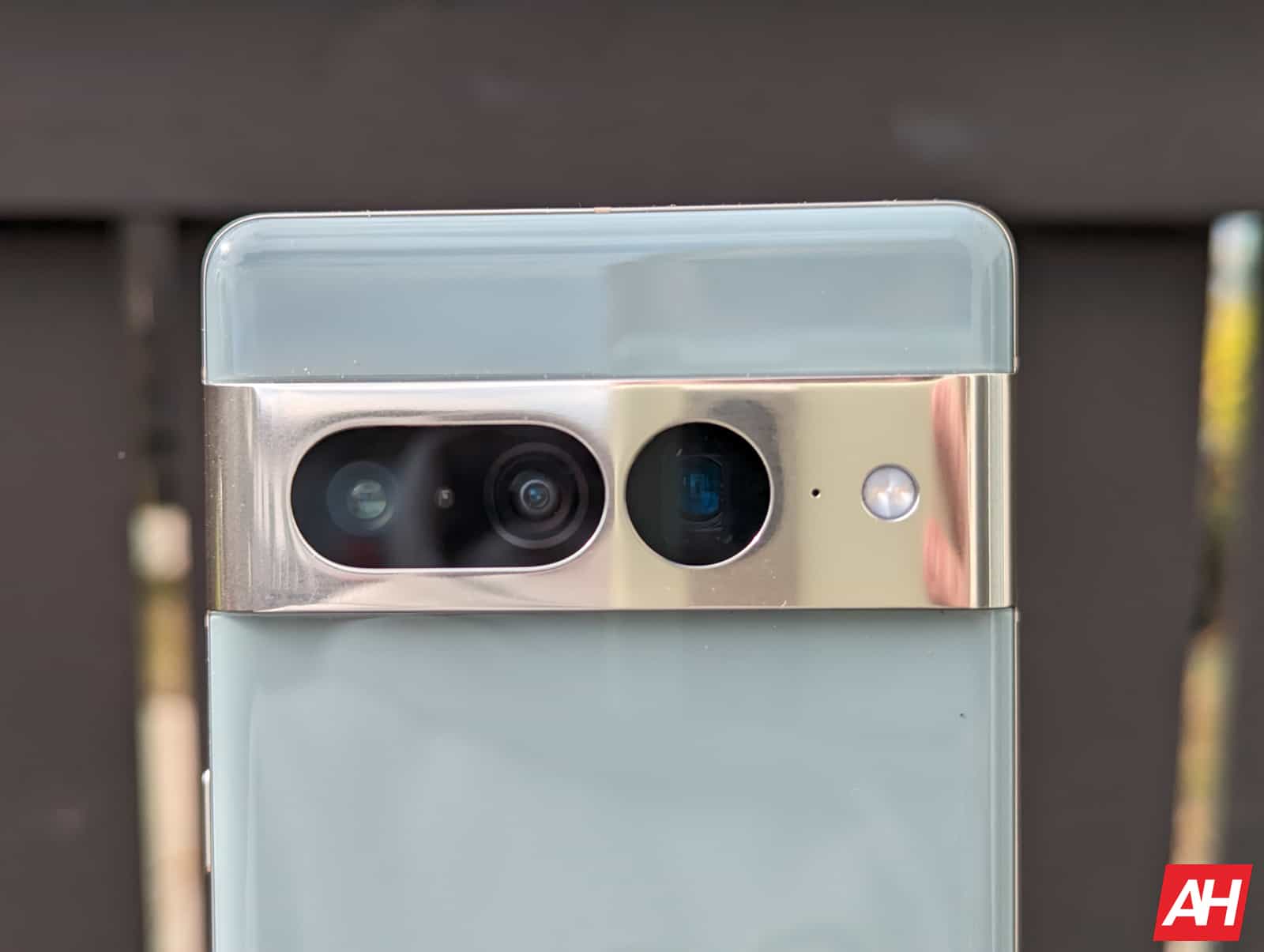 When it comes to performance, the Google Pixel 7 Pro takes the cake, and that goes for all three cameras. The main camera provides cooler tones, with excellent HDR performance, and it’s quite reliable in basically all conditions. It does an excellent job in low light conditions as well, as it manages to pull out a lot of detail from the shadows. The OnePlus 10T’s main camera is not bad at all, it does the job with sharp pictures, good colors, and it even does well in low light. It is not as reliable as the Pixel 7 Pro’s camera, though.

The ultrawide camera on the Pixel 7 Pro keeps the same colors as the main camera, more or less, while it offers really good performance overall. The results are usually better than what the OnePlus 10T can achieve with that camera, as the pictures end up looking richer, more color-accurate, and sharper. The macro camera on the OnePlus 10T is really not that good. It can, sometimes, be useful, but only under plenty of light. The Pixel 7 Pro’s telephoto camera does a great job, on the other hand, and it offers 5x optical zoom.

Both of these devices offer stereo speakers, but not an audio jack. You’ll have to use the Type-C USB port on them, if you want a wired audio connection. If you use wireless headphones, both devices are equipped with Bluetooth 5.2.

Now, when it comes to speakers, both sets are really good. They can provide loud and detailed sound, without much distortion at the highest of volumes. They’re kind of on par in that regard, they’re different, but not by much.