We’ve recently compared the Pixel 6 Pro and Galaxy S21 Ultra, and it’s not time to do the same for base models from the two smartphone series. In this article, we’ll compare the Google Pixel 6 vs Samsung Galaxy S21. The Pixel 6 is technically a newer smartphone, as it launched later in the year, but both phones belong in the same generation of smartphones. The Pixel 6 series came towards the end of a cycle, essentially.

These two phones are quite different, by the way, so get ready for that. They’re different in a number of ways, including their designs. That is one of the categories we’ll go over down below. The first thing we’ll do is list their specifications. Following that, we’ll compare the two phones across a number of categories, including design, display, performance, battery, camera, and audio. That being said, let’s kick off the Google Pixel 6 vs Samsung Galaxy S21 comparison, shall we?

The Google Pixel 6 and Samsung Galaxy S21 both include a centered display camera hole. On top of that, they both feature flat displays. That’s basically where the similarities end, though. The Pixel 6 does have somewhat thicker bezels, and it also has sharper corners. It’s a considerably larger smartphone, that is also quite a bit heavier than the Galaxy S21. The two phones also look visibly different when you look at them, especially from the back.

The Pixel 6 is made out of metal and glass, while the Galaxy S21 includes a frame made out of metal, and a plastic backplate. Even the physical buttons on the two phones are in different spots. The Pixel 6’s power / lock key sits above the volume up and down buttons. The Galaxy S21’s buttons are the other way around. All the physical buttons do sit on the right-hand side of both phones, though.

The rear camera islands do look considerably different. The Pixel 6 has a strip that goes from one side to the other. The Galaxy S21’s camera island expands from the phone’s frame, and it’s much smaller in comparison. On top of that, it’s protected by metal. Both phones are slightly curved on the back, towards the sides. The Pixel 6 comes with a larger display, and it’s quite a bit taller and wider, while it’s also thicker and heavier. It’s worth noting that both phones offer IP68 certification for water and dust resistance.

The Google Pixel 6 includes a 6.4-inch fullHD+ (2400 x 1080) AMOLED display. This is a 90Hz panel that supports HDR10+ connectivity. It is a flat display that is protected by the Corning Gorilla Glass Victus. The Galaxy S21, on the other hand, comes with a 6.2-inch fullHD+ (2400 x 1080) Dynamic AMOLED 2X display. This panel is also flat, while it supports a 120Hz refresh rate. It also supports HDR10+ content, and it’s protected by the Gorilla Glass Victus. 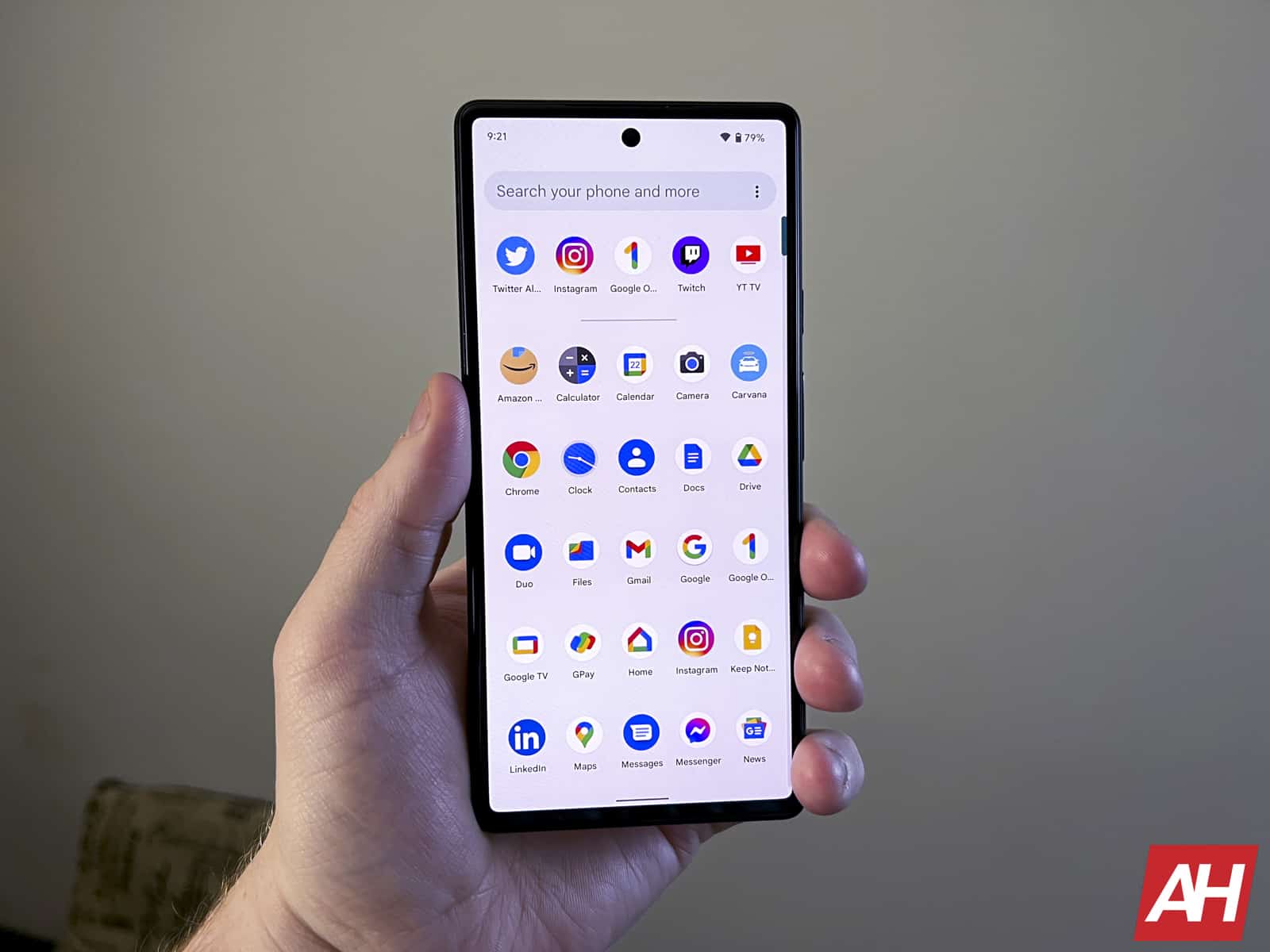 The Galaxy S21’s display does get considerably brighter than the Pixel 6’s, technically, as it offers 1,300 nits of peak brightness. This will be an issue only in direct sunlight, though, as the Pixel 6’s display does get more than bright enough, in general. Other than that, both displays are quite great, actually. They’re both really vibrant, with great viewing angles. They’re also really well-optimized, one definitely doesn’t look washed out compared to the other.

Some of you are probably wondering if you’ll notice the difference in refresh rates. Well, if you really nitpick, yes, you’ll notice, but truth be said, only if one phone is next to the other, or you’re really used to a 120Hz refresh rate. The 90Hz refresh rate is a considerable step up from 60Hz, and the jump from 90Hz to 120Hz is much less noticeable. So, don’t let that deter you from buying the Pixel 6.

Both of these phones are flagship-grade. The Pixel 6 is fueled by the Google Tensor SoC, the company’s very first smartphone SoC. The Galaxy S21 comes with either the Snapdragon 888 or Exynos 2100. The Snapdragon 888 model will work better overall, as it heats up less, and it will also offer better battery life. Both versions are great in terms of performance, technically, but the Snapdragon 888 is better.

Both the Pixel 6 and Galaxy S21 come with LPDDDR5 RAM and UFS 3.1 flash storage. The software on both phones is well-optimized, which plays a significant part in the performance equation. The Pixel 6 comes with Android 12 out of the box, while the Galaxy S21 includes Android 11. Samsung is working hard to deliver the Android 12 update to the Galaxy S21, though, so you can expect that to drop in the near future.

Regular, everyday tasks are handled beautifully by both phones. They open and close apps far, are great for multimedia consumption, you can multitask like a champ, and they’re also really good for gaming as well. Both of these phones can run basically any game you’ll find in the Play Store, and they can do a good job at it. Even though Google Tensor is a first-gen SoC, it does perform rather well.

The Pixel 6 comes with a 4,614mAh battery, while the Galaxy S21 includes a 4,000mAh unit. The Pixel 6 does have a larger display, though, which is why it has a larger battery, mainly. The Battery life on both smartphones is really good, though, at least in our experience. Truth be said, the Pixel 6 did better in our testing, as it was able to go over 7 hours of screen-on-time (over a 24-hour period) with ease, while the Galaxy S21 was lurking around the 6-hour mark (since last full charge).

Do note that these are only our numbers. Some people got considerably worse battery life results with the Pixel 6. It will all depend on your usage, where you’re located, and so on. There are so many factors included here, that talking about sheer battery life numbers is basically pointless. Your cell reception is different than ours, you may play more games than we do, or push the phone more in some situations, and so on.

Google finally included a new main camera sensor on one of its devices, after using the same one for four years. That camera sensor, in addition to Google’s algorithms, makes this phone shine in regards to camera performance. The images are not exactly realistic most of the time, as Google likes to sharpen things up quite a bit, and it tinkers with HDR and various other things in image processing, but the end result is usually quite great. 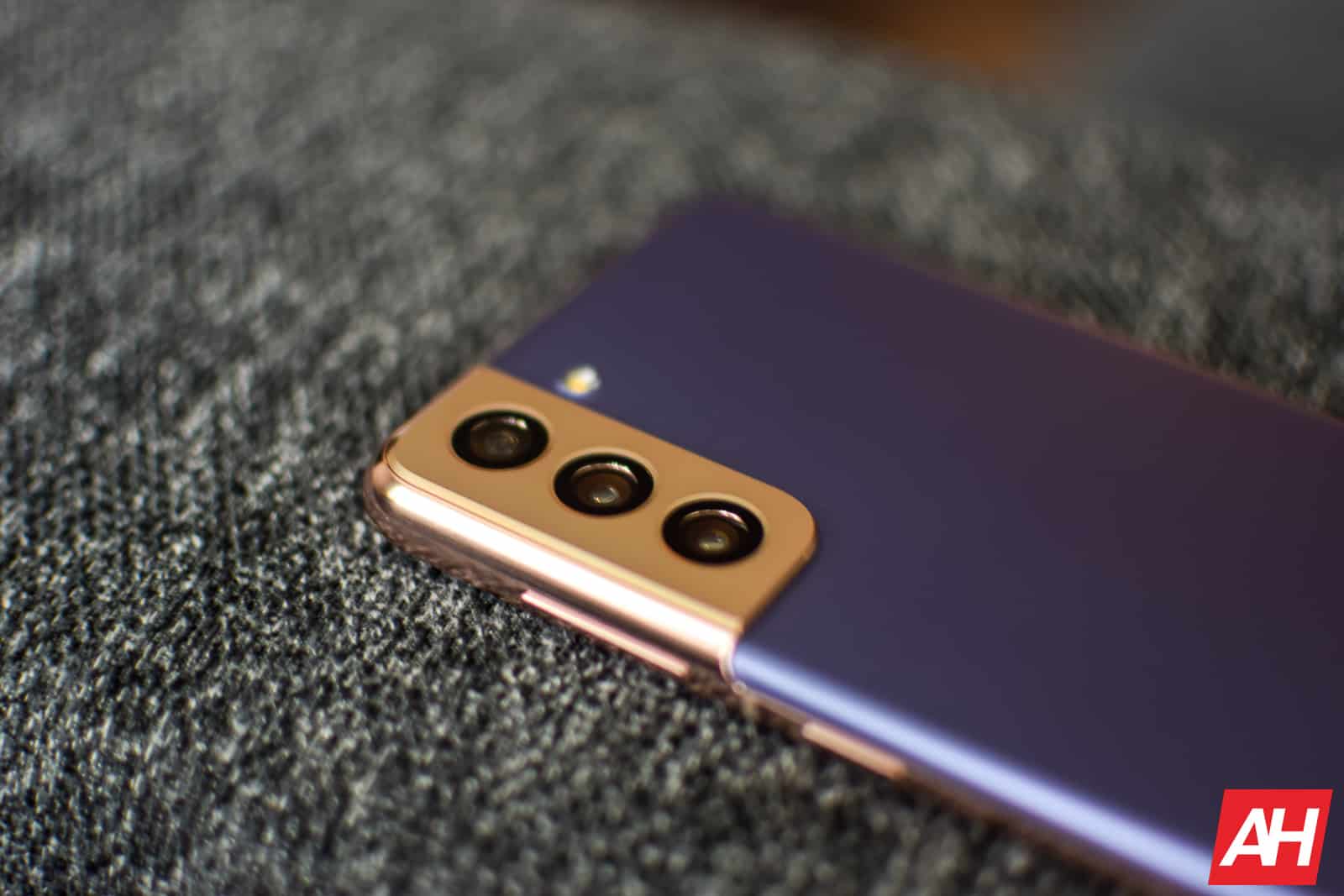 The Galaxy S21, in comparison, does a good job, but its results are quite different. It produces somewhat warmer images during the day, and ones that look a bit softer in comparison, which is not a bad thing overall. When the light goes away, the Pixel 6 truly shines. It manages to pull out a lot of detail from the shadows, and it creates detailed, well-balanced images. Those images also look unrealistic more often than not, but in a good way. The Galaxy S21’s low light shots look more true-to-life, but for most people, the Pixel 6 will be the preference, for sure.

Both of these phones ship with stereo speakers, and neither includes a 3.5mm headphone jack. The sound coming out from these speakers is really good on both phones, though it seems ever so slightly sharper on the Galaxy S21. The Pixel 6’s speakers do seem a tad bit louder, though the differences are not that considerably. Both offer a rather wide soundstage, and well-balanced sound with clear vocals.

Considering there is no 3.5mm headphone jack here, you’ll need to opt for a Type-C port, or Bluetooth. The Pixel 6 is equipped with Bluetooth 5.2, while the Galaxy S21 offers Bluetooth 5.0. Both will work just fine, as long as your headphones are good enough to provide good sound. As long as you don’t expect stellar sound out of these two phones, you’ll be happy with the output, that’s for sure.