In this article, we’ll compare the Google Pixel 6 vs Apple iPhone 13. These are not the most expensive, nor most powerful models Google and Apple release this year, but they’re not far from it. The Pixel 6 Pro and iPhone 13 Pro (Max) are considered to be the top-of-the-line models, but these two phones share the same SoCs as their siblings, while the Pixel 6 even has the same main and ultrawide camera as the “Pro” model.

All in all, there’s much to like on these two phones, and if you’re looking to spend a little less, and still get an immensely powerful device, you’re likely considering these two devices. That being said, we’ll compare the two phones across a number of categories. We’ll first list their specs, and then move to other areas. We’ll compare their designs, displays, performance, battery life, camera performance, and audio. That being said, let’s kick off the Google Pixel 6 vs Apple iPhone 13 comparison, shall we?

Both of these phones are made out of metal and glass, but they’re considerably different regardless. Not only do they look different, but the in-hand feel is also completely different. The Pixel 6’s backplate is curved towards the sides, while the phone has a huge camera strip on the back, which goes from one side of the phone to the other. The iPhone 13’s backplate is completely flat, while its cameras are located in a much smaller section in the top-left corner.

On the front, the Pixel 6 has a display camera hole, and somewhat thin bezels, though its bottom bezel is slightly thicker than the rest. The iPhone 13 has a rather unseemly notch at the top, though its bezels are uniform, not counting in that notch, of course. Its bezels are similar in thickness to what the Pixel 6 offers. These are not the thinnest bezels out there, not at all, but they’re far from being thick or anything of the sort.

The Pixel 6 has a larger display than the iPhone 13, and it’s a larger phone because of that. It is taller, wider, and thicker than the iPhone 13, and that difference is quite noticeable. The Pixel 6 is also heavier than Apple’s offering, it’s 30 grams heavier. The iPhone 13 is easier to use with one hand, no doubt about that, but neither phone is ideal for that due to the materials used. Both feel really nice in the hand, though, and both are well-protected thanks to Gorilla Glass Victus (Pixel 6) and scratch-resistant ceramic glass (iPhone 13), which are placed on the back of the two phones.

The Google Pixel 6 features a 6.4-inch fullHD+ (2400 x 1080) AMOLED display with a 90Hz refresh rate. That display is flat, and it supports HDR10+ content. The panel is protected by the Gorilla Glass Victus. This comes down to a 20:9 display aspect ratio, in case you’re wondering. The iPhone 13, on the other hand, includes a 6.1-inch fullHD+ (2532 x 1170) Super Retina XDR OLED display. This is a flat panel as well, but it’s a 60Hz display. It does support HDR10 content, and it’s protected by scratch-resistant ceramic glass. This display offers a ratio of 19.5:9. 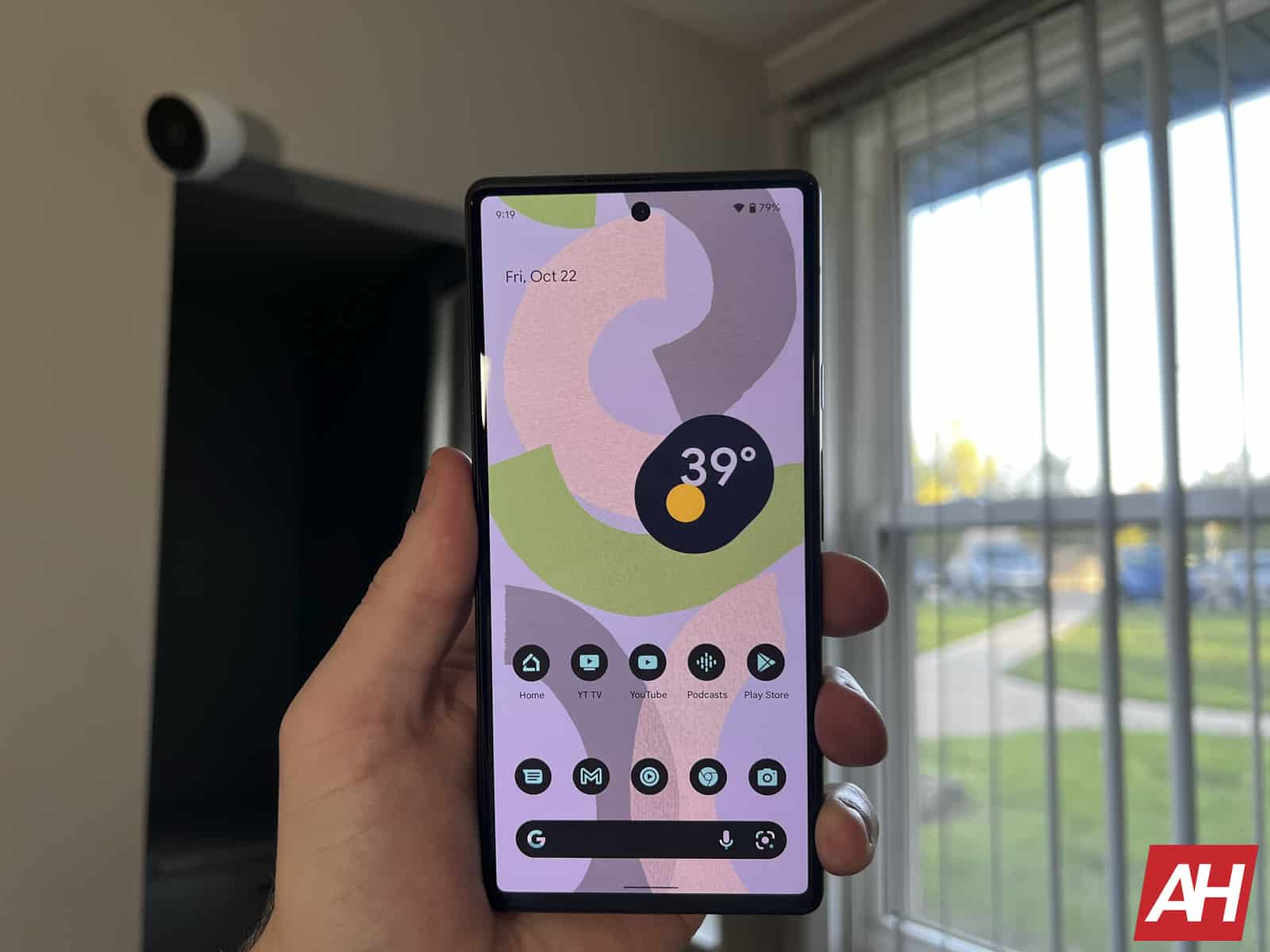 One thing worth noting is that both displays feel hollow. That’s because neither has been bonded to the mid-frame. They will feel hollow when typing, especially if you’re used to the ones that are bonded, like the Galaxy S21 series for example, or OnePlus’ flagships. Most of you probably won’t care, though, but it was worth noting that. That being said, both displays are quite nice.

They are vivid and offer good viewing angles. They do get quite bright, though the iPhone 13’s display does get brighter. That’s something you’ll notice in direct sunlight, while on all other occasions the Pixel 6 display is more than bright. Considering the 90Hz refresh rate on the Pixel 6 panel, it does feel smoother when scrolling, and doing various other things. It’s a real shame Apple used a 60Hz display in the iPhone 13.

Both of these phones are quite powerful. The Pixel 6 is fueled by the Google Tensor SoC, Google’s very first mobile processor. In addition to that, Google included 8GB of LPDDR5 RAM and UFS 3.1 flash storage. The iPhone 13 comes with the Apple A15 Bionic processor, 4GB of RAM, and NVMe storage. Both phones are quite powerful in regards to hardware, and considering they’re well-optimized in the software department as well, they simply fly through tasks.

The regular tasks present absolutely no issue for either phone, as the performance is buttery smooth. No matter what you’re doing, if you’re opening/closing apps, multitasking, consuming multimedia, editing images… whatever you do on a daily basis. Some of you are probably wondering how they do in regards to performance. Well, you’ll be glad to know that they do really well in that regard as well.

Both phones can run pretty much any type of game you’ll find in their respective app stores. The Pixel 6 does get warmer than the iPhone 13, though, in case you’re wondering. It never gets too hot or anything of the sort, you can keep on using it without a problem. So, as far as performance is concerned, you shouldn’t worry, not at all. No matter which phone you end up getting, you’re good to go.

The Pixel 6 includes a 4,614mAh battery on the inside. The iPhone 13 has a 3,240mAh battery. The iPhone 13 does have a smaller display, not to mention that iOS handles battery consumption a bit differently, and requires smaller battery packs. What you do care about is battery life, though, right. Well, you’ll be glad to know that both phones deliver in that regard, and then some.

At least in our experience, the Pixel 6 is more than capable of crossing the 7-hour screen-on-time mark over the course of 24 hours. The iPhone 13 can certainly reach such heights as well. Your mileage may be entirely different, though, as there are a ton of things to consider when it comes to battery life. You may have a worse connection, play more games or do more processor-intensive tasks, and so on. We’ve seen considerably worse results out there, so… don’t take this for granted.

Both of these phones have two cameras on the back. The iPhone 13 has iPhone 12 Pro (Max) cameras, while the Pixel 6 has the same cameras as the Pixel 6 Pro. In other words, it comes with a new 50-megapixel camera, compared to 12.2-megapixel ones on previous models. That camera did bring considerable improvements for photography on the Pixel 6. Can the iPhone 13 compare? Well, let’s see. 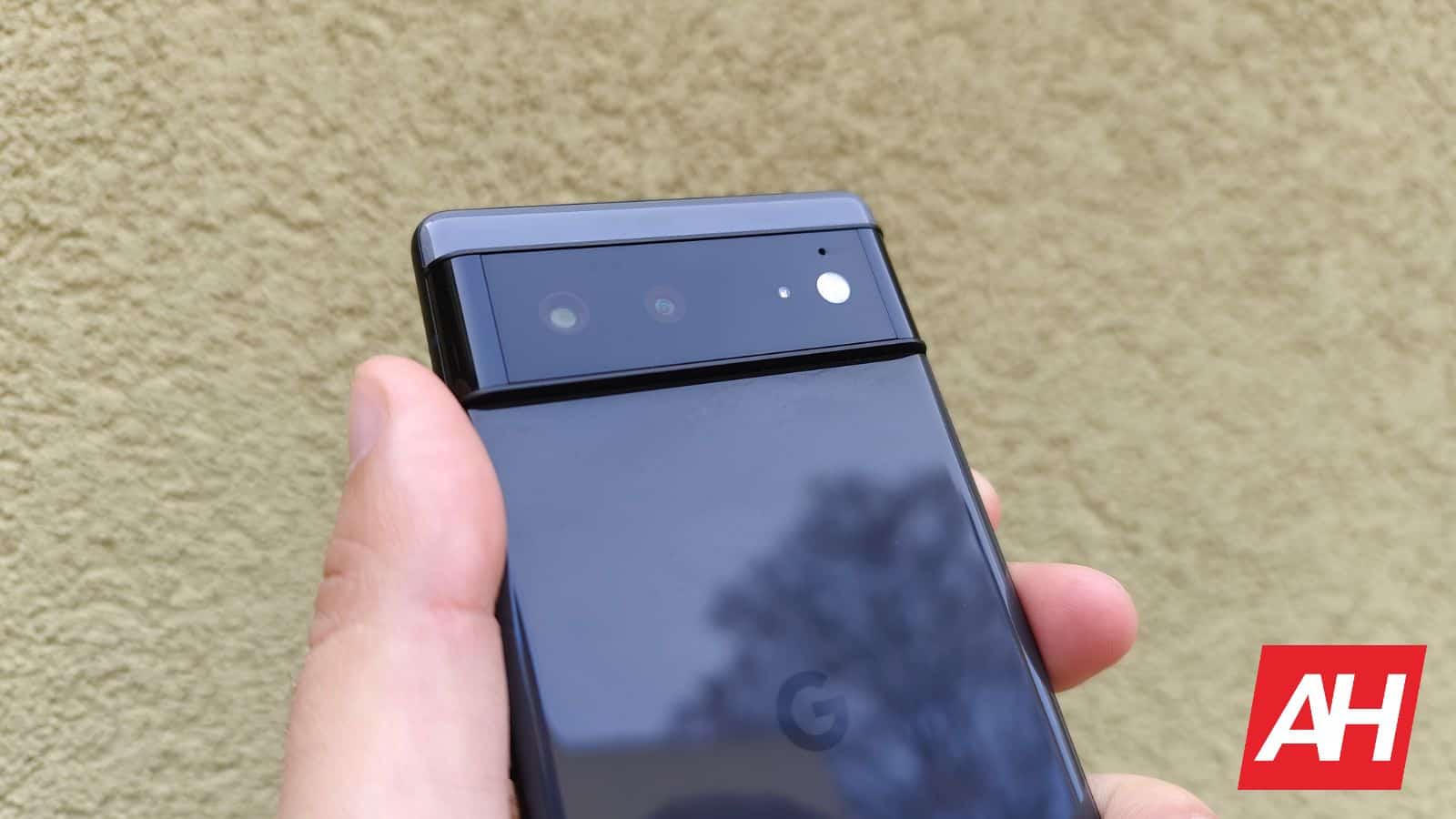 The iPhone 12 Pro (Max) is still great when it comes to photography, and the images the iPhone 13 provides are not that different. The Pixel 6 does have an upper hand in most situations, though. It does a better job in low light. It manages to retain a lot more detail, and brighten up images quite a bit. Both phones tend to struggle with light flares, but only from time to time, they do a great job most of the time.

During the day, both devices do a great job. Images provided by both phones end up being really sharp and colorful. The Pixel 6 tends to sharpen up such images a bit more, so its images look a bit more unrealistic, but great at the same time. Most people seem to prefer such images. Ultrawide cameras are really good on both phones, though the one on the iPhone 13 has a wider field of view. The iPhone 13’s selfie camera does a slightly better job, but both are really good.

Both devices come with a set of stereo speakers, and both sets are really good. These are not the best stereo speakers on the market, not even close, but they’re really good. You’ll get a sharp sound, that is more than loud enough. Some distortion will be noticeable at the highest of volumes. The sound stage is wide enough on both phones, so we have no complaints in that regard.

Neither phone offers an audio jack, but you can always utilize that Type-C port on the bottom. You can use Type-C headphones, or use that port to insert a dongle. Bluetooth connectivity is also available, Bluetooth 5.2 on the Pixel 6, and Bluetooth 5.0 on the iPhone 13. The vast majority of you will be more than happy with audio performance on both devices.