We’re here to compare the very best Google and Apple have to offer right now, the Pixel 6 Pro vs iPhone 13 Pro Max. These two behemoth smartphones both launched in the last couple of months, and both are gigantic and immensely powerful. Google and Apple did take different approaches to design, though, considerably different. On top of that, the software is entirely different as well.

In this article, we’ll first list their specifications, and will then move to the design, display, performance, battery, camera, and audio categories. There’s so much to talk about here, as you’ll get an entirely different experience with these two phones, despite the fact they’re similar in size. That being said, let’s kick off the Google Pixel 6 Pro vs Apple iPhone 13 Pro Max comparison, shall we?

Both of these phones are made out of metal and glass, but they feel entirely different in the hand. One thing they do have in common is that they’re slippery, and on top of that, quite hefty. The Pixel 6 Pro weighs 210 grams, while the iPhone 13 Pro Max is even heavier at 240 grams. The Pixel 6 Pro is a bit easier to hold, especially with one hand, not only because it’s lighter, but because its bottom cuts into your hand less than the iPhone 13 Pro Max.

If you flip the two phones around, you’ll spot even more differences. The Pixel 6 Pro is curved towards the sides, while the iPhone 13 Pro Max is not. Their rear camera designs are also different. The Pixel 6 Pro has a camera strip that stretches from one side to the other. Apple opted for a more regular camera display, with a camera island in the top-left corner. Both phones do include three cameras on the back, though. 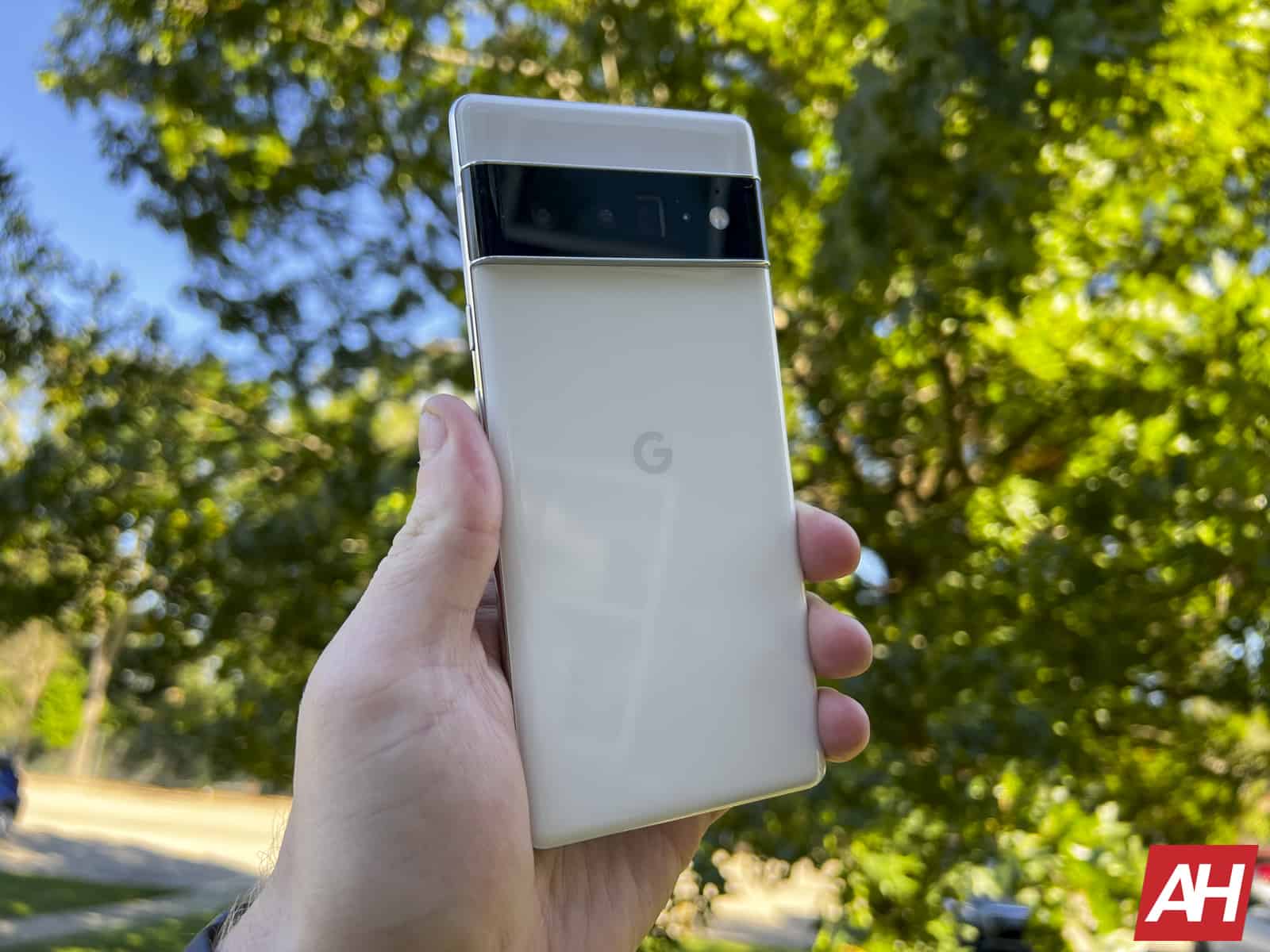 The Pixel 6 Pro is a bit taller and thicker than the iPhone 13 Pro Max, but it’s also noticeably narrower. Both phones are IP68 certified for water and dust resistance, and both are very slippery, using a case with both of them is highly recommended.

The Google Pixel 6 Pro features a 6.71-inch QHD+ (3120 x 1440) LTPO AMOLED display. This display delivers a 120Hz refresh rate, and considering it’s an LTPO panel, that refresh rate is adaptive. This panel is curved, and it does support HDR10+ content. The Pixel 6 Pro’s display is protected by the Gorilla Glass Victus, the same protection you’ll find on the back of this smartphone.

The iPhone 13 Pro Max, on the flip side, includes a 6.7-inch 2778 x 1284 Super Retina XDR OLED display. This panel does offer a 120Hz refresh rate, and it does support HDR10 content. This display is flat, and it has Dolby Vision support as well. Apple is protecting this panel with “scratch-resistant ceramic glass”.

Both of these displays do get quite bright outdoors, while they’re also quite punchy, and offer excellent viewing angles. These are some of the best panels you’ll find in smartphones today, as expected. Both displays have been provided by Samsung, by the way. The color reproduction is excellent, and touch responsiveness as well. There’s really not much to complain about here, if anything. You’re good to go with either of these panels, to be quite honest.

The Pixel 6 Pro is the very first smartphone to feature Google’s very own chip. The company included the Google Tensor chip inside. Apple has way more experience with that, as it has been including its own processor in its smartphones for a long time now. That being said, both phones do benefit from having those chips inside, and both do offer excellent performance, to say the least.

They fly through everyday tasks that Android and iOS put in from of them. They open and close apps really fast, multitasking is also blazing fast, and you can play basically any game on these two phones, without a problem. The Pixel 6 Pro does get a bit warm during random tasks, but that’s probably something Google will optimize more in the coming weeks. Thanks to their displays, they’re also excellent for multimedia consumption, and their hardware is more than capable of handling everything like that.

Their internals and software are different, but these two phones will offer you stellar performance. If you’re looking for the best of the best from the Android and iOS ecosystem when it comes to performance, these two phones are at the very top of that list. Choosing the right OS for you is important, though, but rest assured that the performance will be high-end regardless of which way you decide to go.

The Pixel 6 Pro comes with a 5,003mAh battery, while the iPhone 13 Pro Max includes a 4,352mAh battery. Do note that Android and iOS handle battery consumption differently, and iOS tends to need smaller battery packs than Android. That being said, both of these phones offer insane battery life, at least from our experience. We were able to get around 8-9 hours of screen-on-time with the Pixel 6 Pro over the course of 24 hours, while the iPhone 13 Pro Max doesn’t fall far from that either.

It will all depend on how you use your phone, of course. If you’re really into gaming, and run a lot of graphically-intensive games, you’ll deplete the battery life faster. The same goes for graphically-demanding apps, and so on. Also, if you run your display at 100% brightness, that will have a huge effect, and so on. Your mileage will likely vary a lot, as we all use our phones differently, and live in different areas. Both of these phones do deliver in the battery life department, though.

These two devices are amongst the best camera smartphones in the market at the moment. That goes for all-around camera experience and performance. Google and Apple took different approaches to photography, but they both provide excellent results. Both phones include wide, ultrawide, and telephoto camera sensors on the back, while the iPhone 13 Pro Max also has a ToF 3D LiDAR sensor.

Daylight shots look excellent. They offer great depth of field, dynamic range, and the colors are punchy. The Pixel 6 Pro tends to create more dramatic-looking shots, which is what many people prefer. It also does a bit better job with foliage. iPhone’s images look a bit more true to life. Both phones do provide images with tons of detail, and they turn out quite sharp. 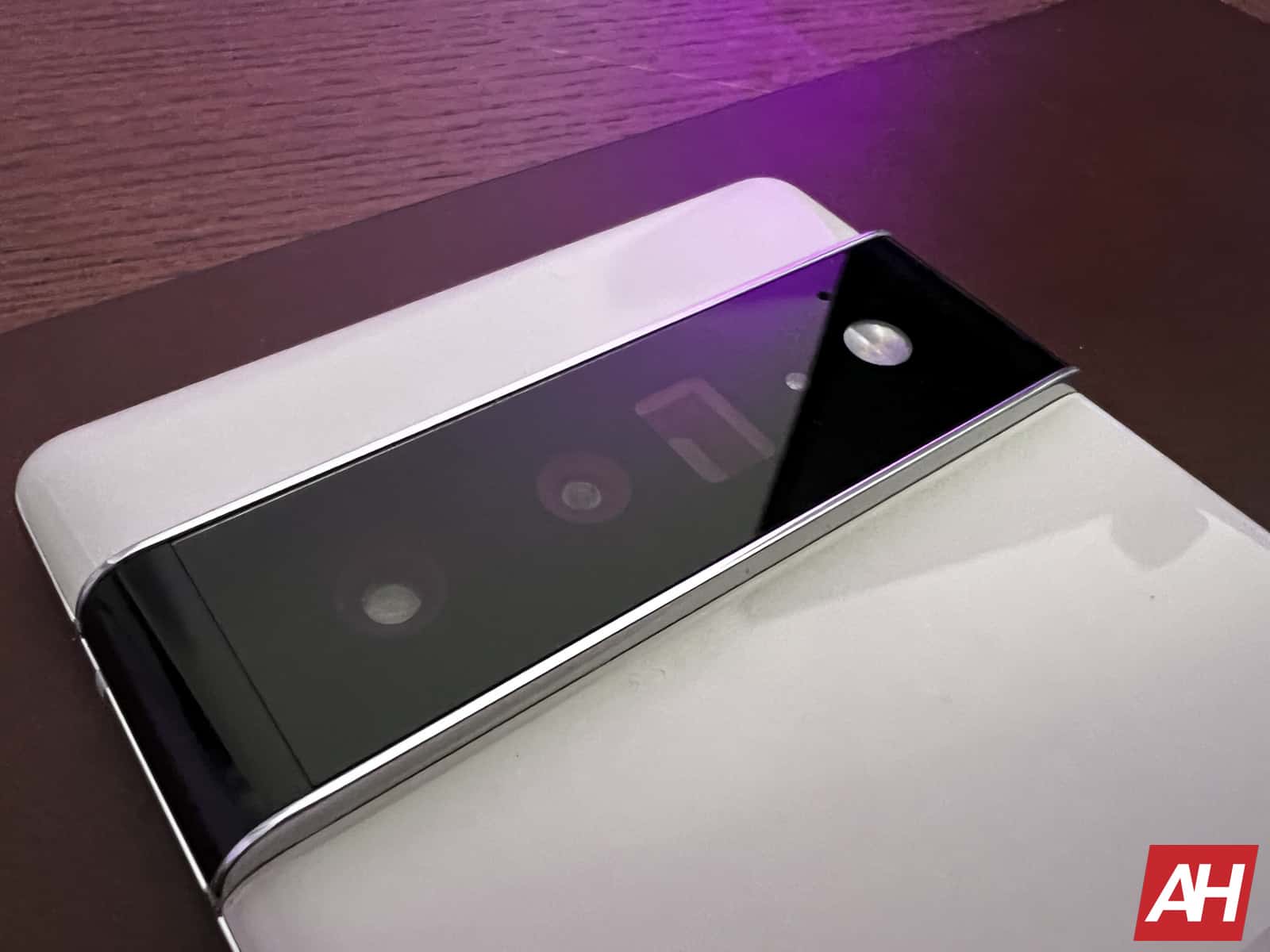 When the light goes away is where most phones struggle, not these two, though. Both devices do great in low-light situations. The Pixel 6 Pro does bring more light into such images, while the iPhone 13 Pro Max is trying to keep them more true to life. Both phones tend to struggle with street light flares on occasion, but other than that, the images they provide in such conditions are excellent. When it’s pitch black, the Pixel 6 Pro does a bit better job.

Video recording on both smartphones is great. They offer excellent stabilization, though that stabilization does work a bit better on the iPhone 13 Pro Max in low light conditions. The quality is excellent on both phones, to say the least. They both also offer a great experience with front-facing cameras, and that goes for both images and video.

Neither of these two devices has a 3.5mm headphone jack. That’s not surprising at all, though. They do, however, include stereo speakers. Both smartphones actually offer really good stereo speakers, which have balanced output. They’re quite loud, and sharp at the same time. The distortion is barely noticeable at the very highest of volumes. The soundstage you’re getting is also quite wide. Both companies did a good job.

If you hook up a pair of headphones, you’ll get good sound quality, nothing special. They are on par with other flagship smartphones in the market, which goes for both Android and iOS. So, you’ll be just fine as long as you don’t expect miracles in this regard.