We’re here to compare the Google Pixel 5 vs Xiaomi Mi 11, the best smartphones these two companies have to offer at this very moment. There are a lot of differences between these two smartphones, which should make for an easier purchasing decision for you. We’re here to point out those differences, so that you find it easier to choose between the two. The two devices differ quite a bit in terms of design, specs, software, and much more.

As per usual, we’ll compare the two devices across a number of categories. First, we’ll check out their specs, and then move to design, display, performance, battery, cameras, and the audio side of things. The Xiaomi Mi 11 is technically more powerful than the Pixel 5, quite a bit actually, on paper. Despite that, it’s not much more expensive, so… let’s compare the Google Pixel 5 vs Xiaomi Mi 11.

Both of these phones have very thin bezels, and a display camera hole in the top-left corner. That’s basically where their similarities end. The Google Pixel 5 is a much smaller device, while Google used different materials here. The Google Pixel 5 is made out of metal, but you’ll find that its back is covered by resin, it’s essentially plastic. The phone feels great in the hand, though, and it’s a lot less slippery than the Xiaomi Mi 11. 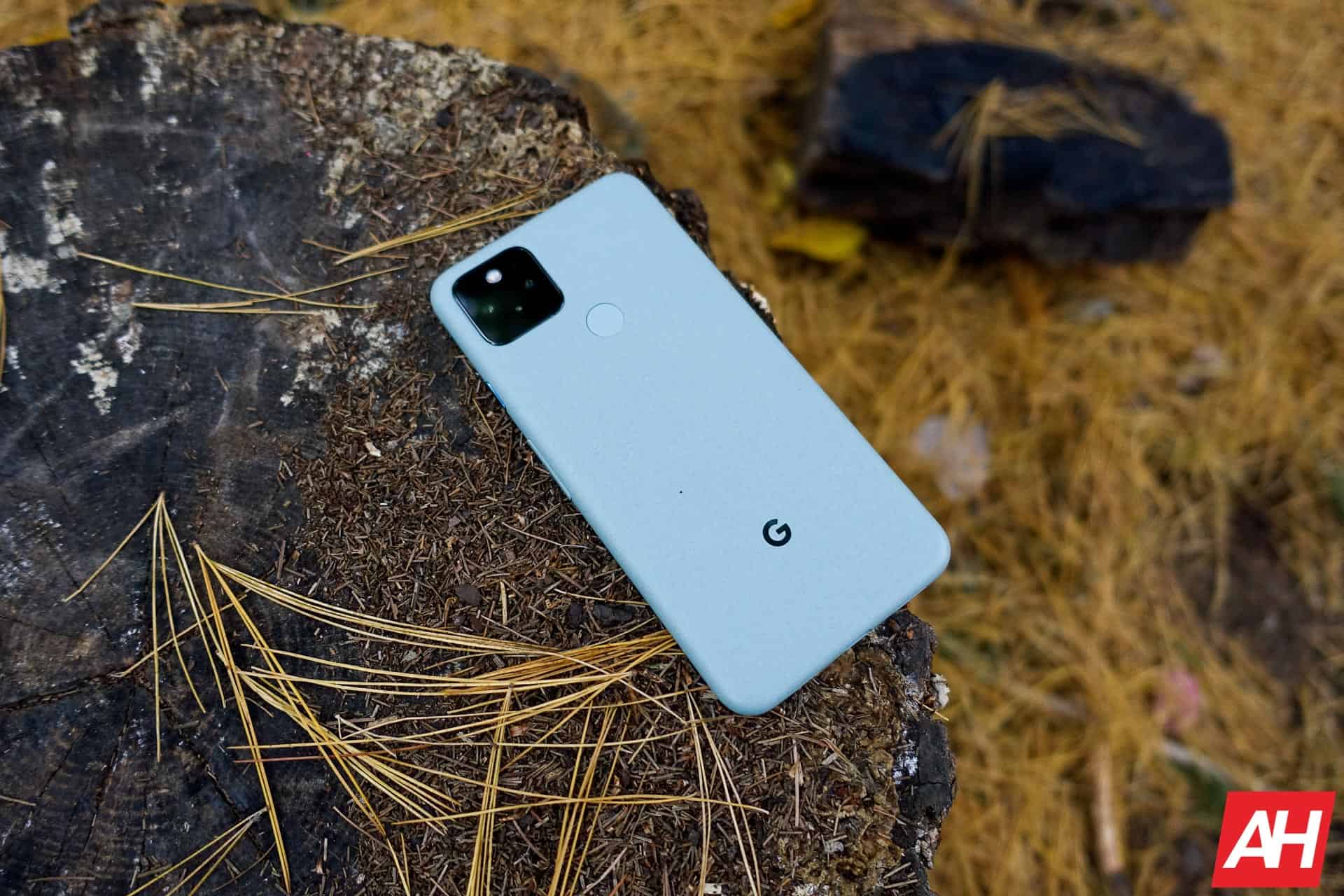 All bezels on the Google Pixel 5 are of the same thickness, by the way. The Pixel 5 features a flat display, while the Xiaomi Mi 11 offers a curved one. Their camera modules do sit in the same spot on the back, though they look completely different, and the hardware is different as well. The Pixel 5 has a rear-facing fingerprint scanner, as you can see, while the Xiaomi Mi 11 features an in-display one.

If you prefer smaller devices, that are less slippery, the Pixel 5 is the way to go. If you want a larger phone, and you don’t mind the soap-in-hand factor, the Xiaomi Mi 11 feels very premium. It’s all a matter of preference.

These two phones have considerably different displays. The Google Pixel 5 features a 6-inch fullHD+ (2340 x 1080) OLED display. That display offers a 90Hz refresh rate, and it supports HDR10+ content. It is a flat display, and it’s protected by the Gorilla Glass 6 from Corning. We’re looking at a 19.5:9 aspect ratio here, by the way. The Xiaomi Mi 11 comes with a much larger display.

The device features a 6.81-inch QHD+ (3200 x 1440) AMOLED display. As you can see, it also offers a higher resolution. On top of that, it offers a higher refresh rate as well, at 120Hz. This display delivers an adaptive refresh rate, by the way, just like the Galaxy S21 Ultra. The display is curved, and it’s protected by the Gorilla Glass Victus, the latest and greatest protection from Corning. The Xiaomi Mi 11’s panel also gets much brighter than the Pixel 5’s.

The display on the Xiaomi Mi 11 is much better on paper, is that something you’ll notice in real life? Well, if you place the two displays one next to the other, you’ll surely see the quality of the Xiaomi Mi 11’s panel. It is brighter, and punchier, while you’ll feel the difference in refresh rate. The Xiaomi Mi 11 also delivers higher touch sampling. The Pixel 5’s display is more than good enough, and most people won’t care about the differences, to be quite honest. Both displays are vivid, extremely responsive, and have great viewing angles.

What about the performance? Well, the Xiaomi Mi 11 is a much more powerful device on paper. The phone comes with the Snapdragon 888 SoC, the latest and most powerful chipset from Qualcomm. On top of that, it offers the latest RAM and flash storage units, for added performance benefits. The Google Pixel 5, on the other hand, offers an inferior Snapdragon 765G processor, and it also has older RAM and flash storage units.

The Google Pixel 5 actually looks like a mid-range smartphone on paper, compared to the Xiaomi Mi 11. Is that something you’ll notice in real-life performance, though? Well, no, not really. Both smartphones are extremely responsive, though the Xiaomi Mi 11 is more future-proof, that’s for sure. Both smartphones will do almost equally good when it comes to browsing, consuming multimedia, taking pictures and videos, and so on.

The Xiaomi Mi 11 may load games a bit faster, though, and also perform better in the gaming department. Other high SoC intensity tasks will likely be done faster on the Mi 11 as well. For most people, though, both smartphones will perform equally good, almost. So, even though the sheer power is on the Xiaomi Mi 11’s side, the Pixel 5 is an excellent performer, and chances are you’ll be happy with both devices for the foreseeable future.

The Google Pixel 5 comes with a 4,080mAh battery, while the Xiaomi Mi 11 brings a 4,600mAh battery to the table. That difference is expected, as the difference in display size and resolution is quite vast. Are those battery capacities enough for the two smartphones, though? Well, the short answer is, yes, they are. The Google Pixel 5 actually offers more in the battery longevity department, even though both are excellent.

The Pixel 5 battery life is so good, that some people may even use the phone for two days before needing a charge. Getting over the 7-hour screen-on-time mark is not a problem at all, and even getting over 8 hours of screen-on-time in a single day may be possible. The Xiaomi Mi 11 will also deliver really solid battery life, with screen-on-times crossing the 6-hour mark, for some, maybe even over 7. It all depends on how you use your device, of course, so your mileage may vary.

What about the cameras? Well, the setups here are considerably different in comparison. The Google Pixel 5 has a much older 12-megapixel main camera sensor, and it relies heavily on Google’s camera software. On top of that main sensor, it also offers an ultra-wide camera. The Mi 11, on the other hand, comes with a 108-megapixel main camera, backed by an ultra-wide unit, and a macro camera. 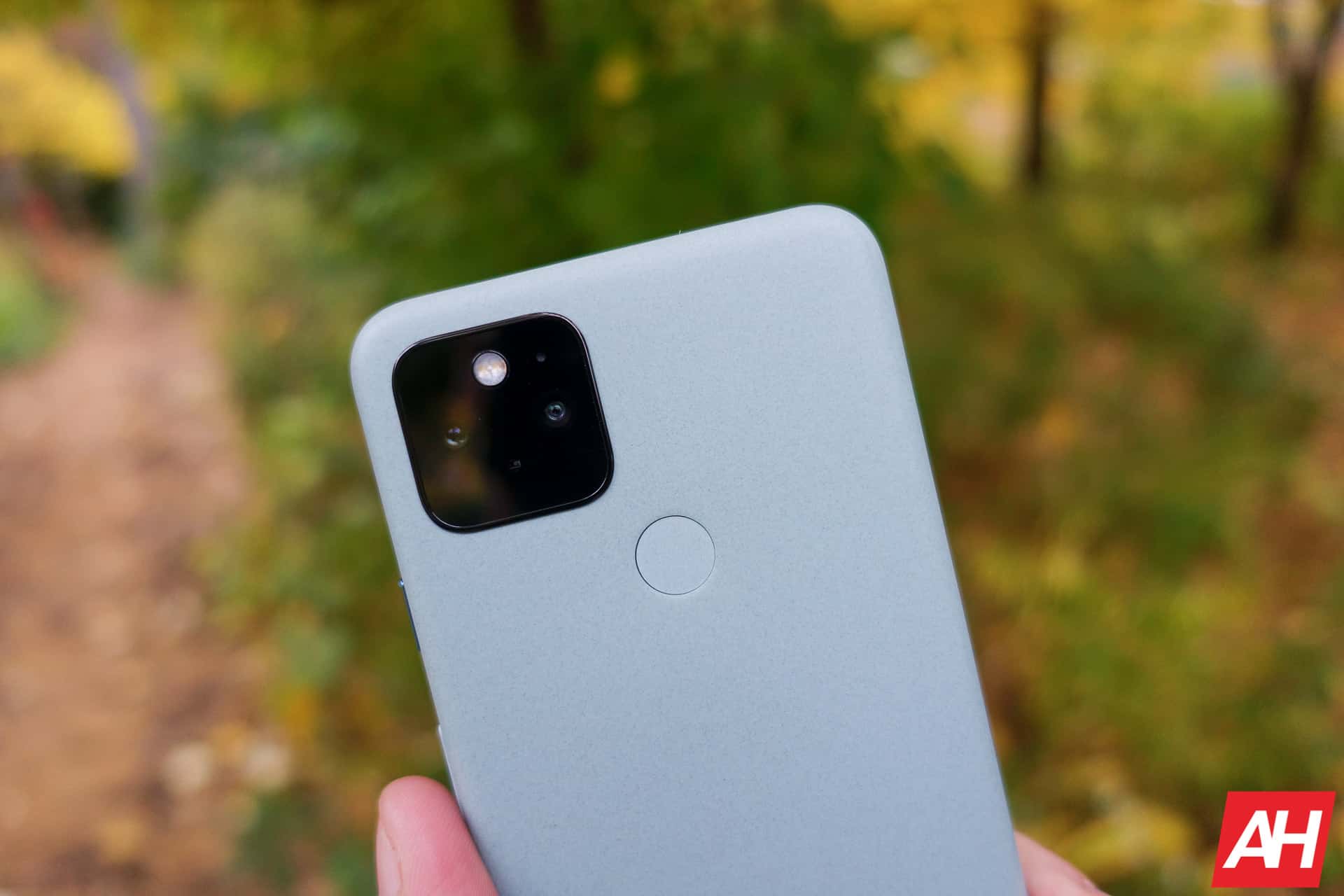 In terms of image quality, both phones deliver, that’s for sure. Google’s camera magic is strong, and this handset does deliver, with both of its cameras, regardless of the conditions. It does wonders in low light still, and the images during the day turn out sharp, with really well-balanced colors. The Pixel 5 also does a great job when it comes to HDR images, it manages to balance them out nicely.

The Xiaomi Mi 11 is also a great performer, though. Its images during the day end up being extremely sharp. Images taken with the main sensor are noticeably better than the ones taken with the ultra-wide one, though. The Mi 11 also does a great job in low light, as Xiaomi learned from the Mi 10 mistakes, and has decided to rectify them here. There are no issues with street light glare, or anything of the sort. The Xiaomi Mi 11 tends to push saturation of images a bit higher than the Pixel 5, in post-processing.

In terms of audio, well, they’re quite different. Only the Xiaomi Mi 11 delivers true stereo speakers. The device includes one at the top and one at the bottom, and those speakers have been tuned by Harman Kardon. The Pixel 5, on the other hand, has one speaker at the bottom, while the other one is underneath its display. So, it relies on vibrations for the secondary speaker, rather than an actual physical unit.

You’ll notice the difference when placing the two devices side by side. The Pixel 5 does sound a bit muffled compared to the Xiaomi Mi 11. If the speakers are your thing, the Mi 11 is the better choice. In terms of audio via a good pair of headphones, well, both phones deliver in that regard. You’ll get well-balanced sound, across the spectrum. Do not expect miracles, but not many people will have complaints.