In this article, we’ll compare the very best phones Google announced in 2020 and 2021, one from each year. In other words, we’ll compare the Google Pixel 5 vs Google Pixel 6 Pro. Last year was a bit odd for Google. The company did not announce a high-end smartphone, but a mid-range one as its most powerful offering. The phone in question is the Pixel 5. That device was, and still is quite compelling, but it’s nowhere near as powerful as the Pixel 6 lineup in regards to hardware.

Is it still a good purchase, though? Can it compete with the newest and greatest from Google? Well, that’s what we’re here to find out. We’ll compare these two phones across a number of categories to see where they stand. This comparison will hopefully help you decide on which phone to get. We’ll start by comparing their spec sheets, and will then move to the display, performance, battery, camera, and audio categories. Let’s start the Google Pixel 5 vs Google Pixel 6 Pro comparison, shall we?

These two phones could not be more different when it comes to design. The Pixel 5 is made out of metal, but the vast majority of its body is covered by resin. Think of it as rubbery plastic, even though it has a rather unique feel to the touch. The device also has a rear-facing fingerprint scanner, and a display camera hole in the top-right corner. Its bezels are uniform, and its rear cameras are located in the top-left corner.

The Pixel 6 Pro, on the other hand, is made out of metal and glass. It has really thin bezels, but they’re not uniform. Its display is curved, and a display camera hole is present here as well, but it’s centered. It has a rather large camera strip on the back, which stretches from the left side to the right. Both phones are slightly curved on the back. They do feel completely different in the hand, though.

The Pixel 5 offers a lot more grip than the Pixel 6 Pro. That is to be expected, though, due to different materials. The Pixel 5 is also a lot smaller, so it’s easier to hold and use with one hand as well. It is a lot shorter, narrower, and it’s even thinner. On top of all that, it’s 59 grams lighter. Google went in completely opposite directions when designing these two phones, which is kind of obvious. In regards to which one should you choose, it all depends on what you value more in regards to design. The Pixel 6 Pro feels more premium, and it’s larger, but the Pixel 5 is a lot easier to hold, and use with one hand.

The Google Pixel 5 features a 6-inch fullHD+ (2340 x 1080) OLED display with a 90Hz refresh rate. It supports HDR10+ content, and this display is flat. The Gorilla Glass 6 is used to protect the display here, by the way. The Pixel 6 Pro, on the flip side, features a 6.7-inch QHD+ (3120 x 1440) AMOLED display with a 120Hz refresh rate. This is an LTPO display, which means it offers an adaptive refresh rate. It also supports HDR10+ content, and this panel is curved. The display is protected by Gorilla Glass Victus. 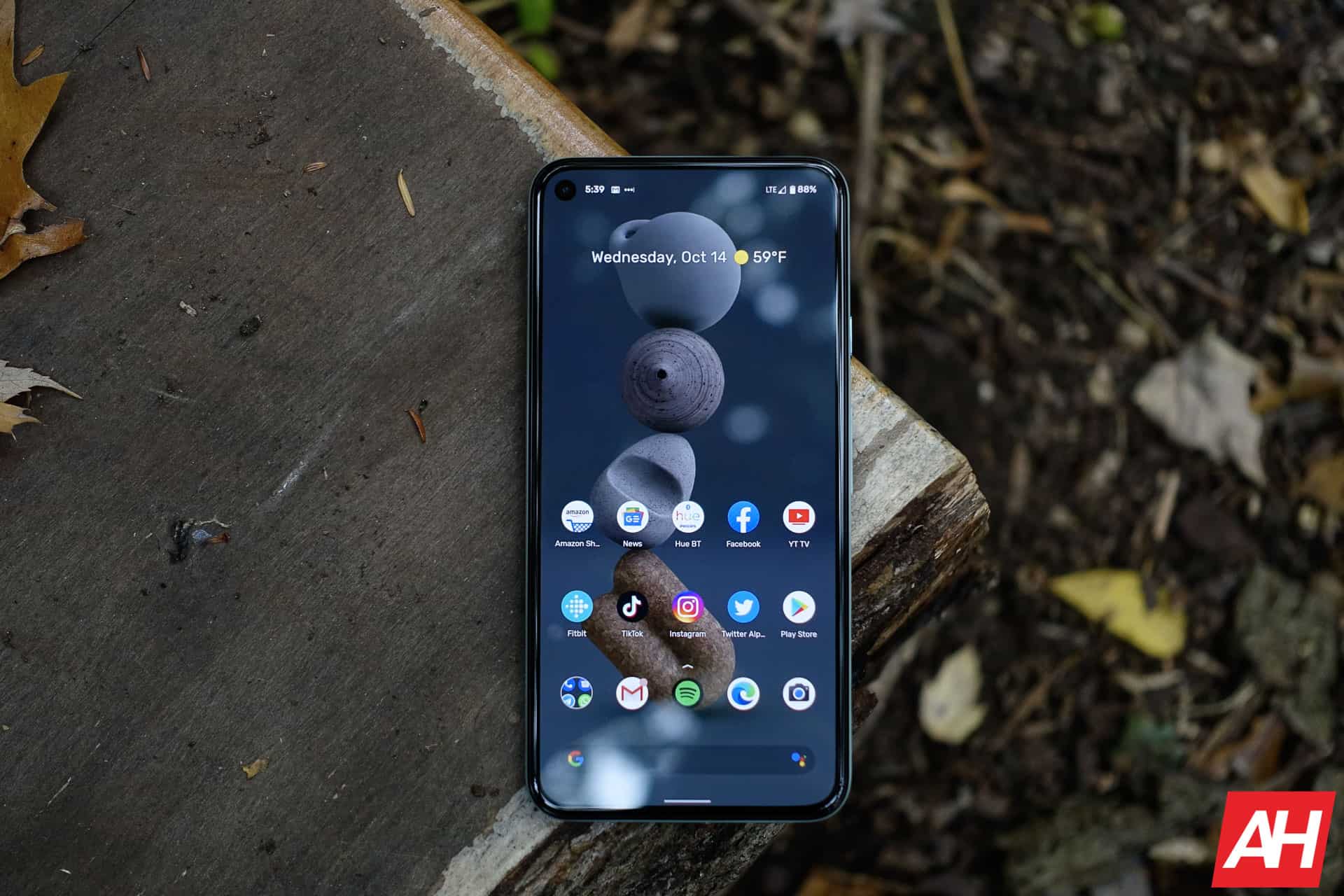 The Pixel 6 Pro has a considerably larger display in comparison. The fact it’s curved makes it immensely different than the Pixel 5’s panel. Both the Gorilla Glass 6 and Victus do a great job when it comes to protection, so there’s no problem there. Both displays do seem a bit hollow, and that’s because of Google’s approach. The company decided not to bond the screen to the mid-frame, to make it easier to repair.

The Pixel 6 Pro’s panel gets noticeably brighter than the Pixel 5’s. It’s not one of the brightest displays out there, but it will offer more brightness than what the Pixel 5 has to offer. Both are more than bright enough in all conditions unless you’re in direct sunlight, in which case the Pixel 6 Pro does a better job. Both panels are really fluid and very responsive to touch, so there’s no problem there. They also have really good viewing angles. The Pixel 6 Pro’s display is technically better, but both are quite good. You’ll have a hard time spotting the difference in refresh rate as well, even though one has 90Hz and the other 120Hz. Both are quite fluid when scrolling, etc.

The Google Pixel 5 is equipped with the Snapdragon 765G SoC. In addition to that, it has 8GB of LPDDR4X RAM and it also utilizes UFS 2.1 flash storage. The Pixel 6 Pro, on the flip side, is fueled by the Google Tensor SoC, and it utilizes 12GB of LPDDR5 RAM, in addition to UFS 3.1 flash storage. The Pixel 6 Pro looks a lot more powerful on paper, and it’s certainly more future-proof.

That being said, they both feel good in use. Truth be said, the Pixel 6 Pro does feel more fluid, which is not surprising either. The Pixel 5 does not lag, though. It will skip a beat here and there, but the Snapdragon 765G that fuels it is still a very good SoC. It was a mid-range processor when it launched, though, and it’s technically a lot less powerful than the Google Tensor. Both do a great job in regular, everyday tasks, though.

You can multitask without a problem, open and close apps, browse, consume multimedia, and do whatever else you can think of. The Pixel 6 Pro will handle games better, though, so keep that in mind. The Pixel 6 Pro did tend to heat up more during our testing, especially when you’re gaming. It’s nothing crazy, though, it never became uncomfortable to use or anything like that. So, the bottom line is, both of them perform really well, but the Pixel 6 Pro does a better job overall, and can handle processor-intensive tasks a bit better.

The Pixel 5 includes a 4,080mAh battery, while the Pixel 6 Pro has a 5,003mAh unit. The Pixel 6 Pro does have a larger battery, but it also comes with a higher resolution display, which is also larger, and has a higher refresh rate. So, it evens out. Now, in regards to battery life, well, both have been excellent in our testing. The Google Pixel 5 was one of the best battery life smartphones last year, and the Pixel 6 Pro also did great for us.

The Pixel 5 was capable of crossing the 7-hour screen-on-time mark with ease on most days, and have plenty of juice left. The Pixel 6 Pro offered a bit less, but it was still great. The thing is, we’re getting mixed reports regarding the Pixel 6 Pro battery. Some people got considerably less battery life. It will all depend on your usage, though, of course. Your mileage may differ quite a bit, as there are a lot of variables to consider, so keep that in mind.

The Pixel 5 has two cameras on the back, and uses the same main camera as a number of its predecessors. The Pixel 6 Pro has a different camera setup, and it includes a telephoto camera, unlike the Pixel 5. On top of that, it has a new main camera, a much newer sensor. Now, both phones do perform really well, there’s no doubt about that, but the Pixel 6 Pro definitely has more to offer. 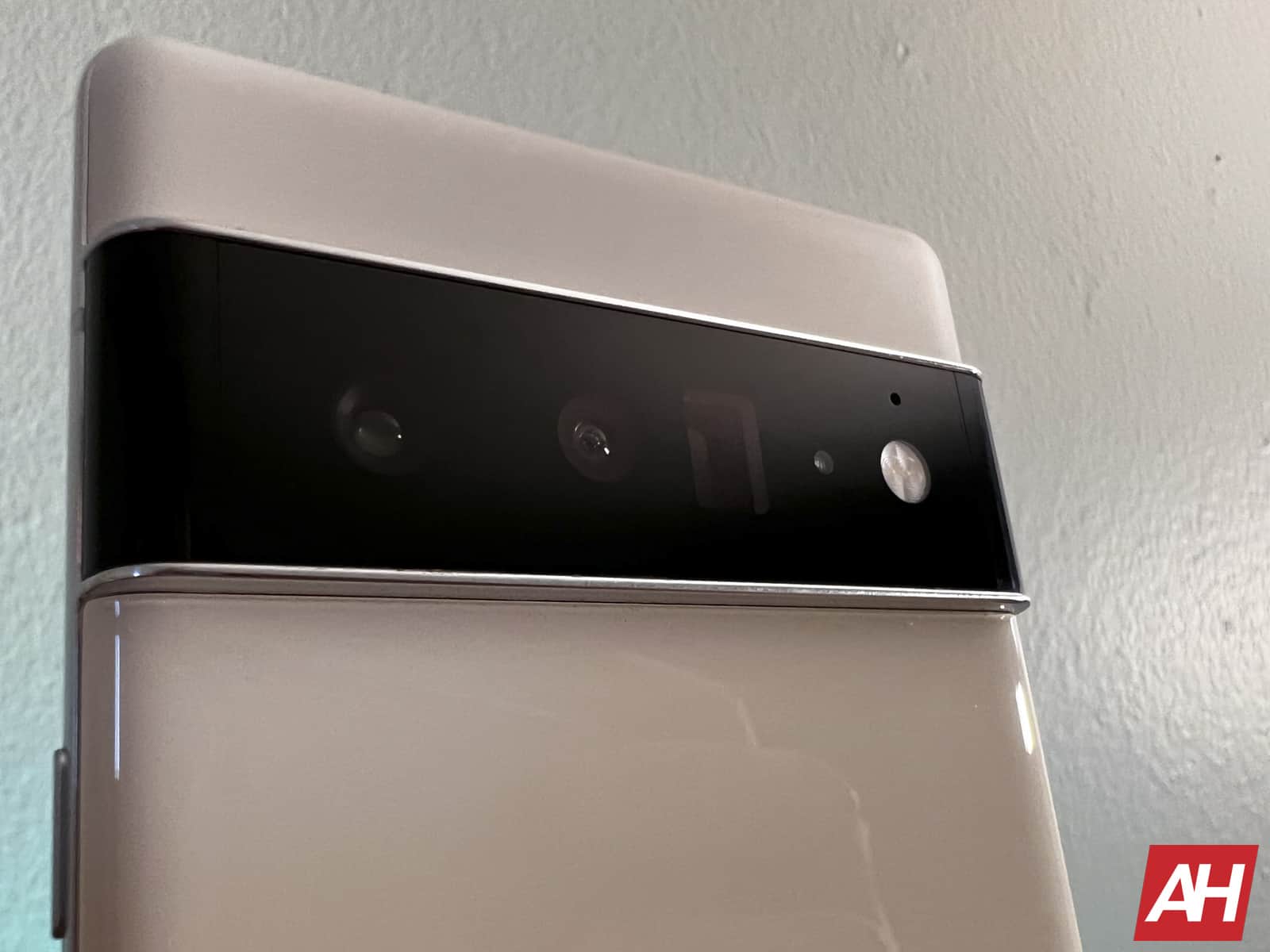 That 50-megapixel camera from ISOCELL is newer, and technically better. It allows for more light to enter a scene, and it’s a much larger sensor than a 12.2-megapixel one in the Pixel 5. It allows Google to work with a lot more information when it’s processing an image. That results in sharper images, there are noticeably more details in daylight shots, when you zoom in. In night scenes, well, those images turn out brighter, and with noticeably more detail, even without the zoom factor.

Don’t get me wrong, though, the Pixel 5 camera setup is still excellent. It can hold its own against the Pixel 6 Pro, that’s for sure. The Pixel 6 Pro’s cameras are a step up, though, in pretty much every way. Its ultrawide shots are good as well, but not as good as the ones from the main camera. Where it shines is the telephoto lens, as you can zoom in quite far and still get a usable image. Google did a great job with the telephoto camera.

The biggest difference is in the video recording, actually. The Pixel 6 Pro does a lot better in that regard, with a lot less artifacting and noticeably better stabilization. So, if you want a better camera experience overall, get the Pixel 6 Pro, though the Pixel 5 is not bad by any means.

Neither of the two phones has a 3.5mm headphone jack. You’ll need to use a Type-C pair of headphones, a dongle, or a Bluetooth connection. No matter which ones of those you end up using, you’ll get good sound output on both phones, presuming your headphones are good, of course.