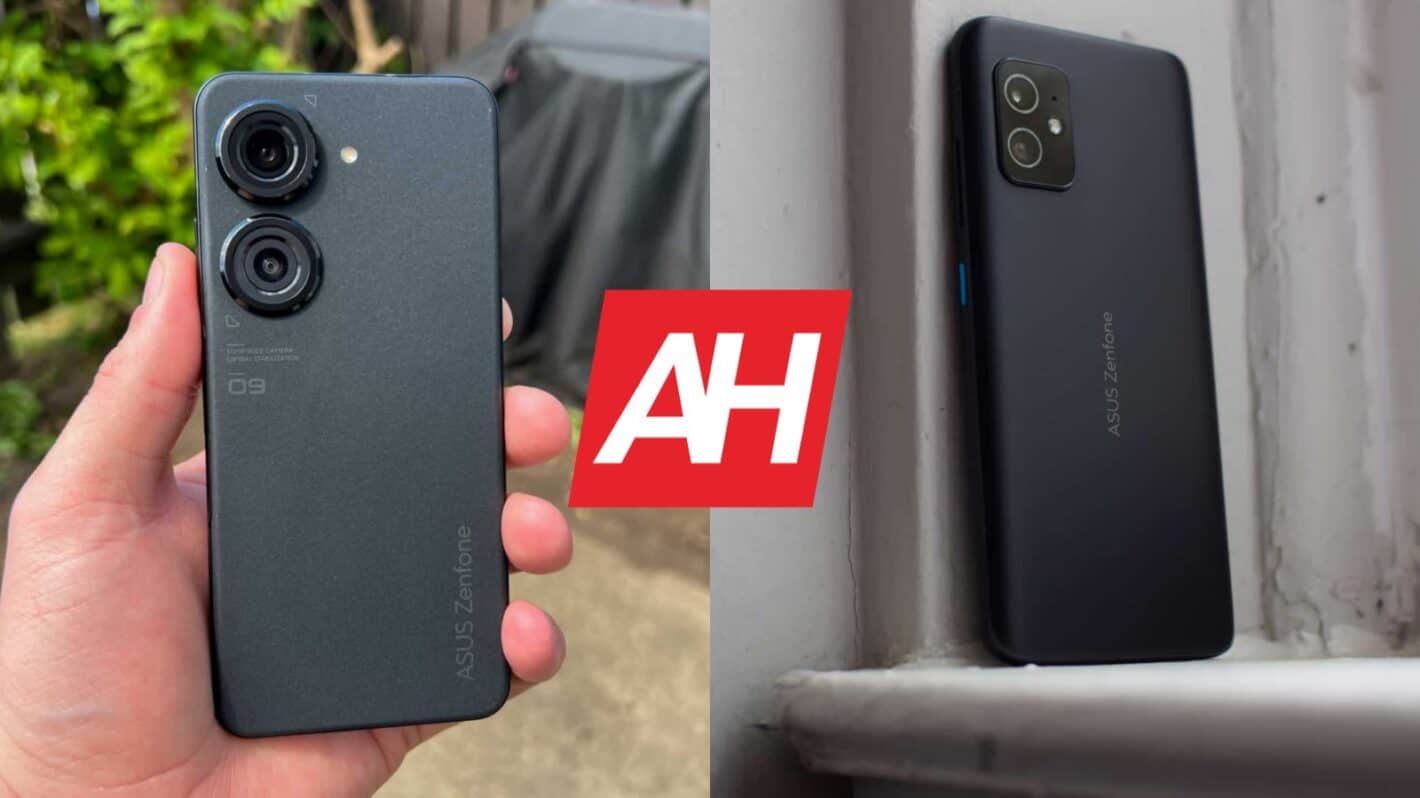 If you’re looking to get a powerful, but yet compact smartphone with Android on top of it, you don’t have many choices. Luckily for you, ASUS made two really compelling smartphones in the last two generations, both of which belong in that category. In this article, we’ll compare those two phones, the ASUS ZenFone 9 vs ASUS ZenFone 8. The ZenFone 9 is a brand new offering from the company, while the ZenFone 8 arrived last year.

The ZenFone 9 does come with a higher price tag out of the box, and considering the discount for the ZenFone 8 due to its age, you can really save up some cash between the two. So, is it worth getting the ZenFone 9 over the ZenFone 8, or should yet get the ZenFone 8 now? That’s what we’ll try to help you decide in this article, but the final decision is up to you, of course. We’ll kick things off by listing their specs, and then compare them across a number of other categories.

These two phones are easy to differentiate, but there are some similarities. They do have a similar footprint, and weight exactly the same, actually. The ZenFone 9 is slightly shorter, narrower, and thicker, despite the fact it has the same display size. It’s also really interesting it weighs the same and yet utilizes a larger battery. ASUS really managed to cram a lot of tech inside of this phone.

In any case, if you look at the two phones from the front, you may have a problem telling them apart. Their bezels are similar, as is the general shape, not to mention that they both include a display camera hole in the top-left corner. Those camera holes do have a silver ring around them, which is kind of distracting, and it would be nice if ASUS didn’t include it, but it’s there. The point of that hole is to blend in, not stand out. It’s not a big deal, but it’s worth noting.

Having said that, once you flip the two phones around, you’ll see notable differences. The ZenFone 9 definitely has a design that stands out more. It has two separate camera islands, while the ZenFone 8 has a lot smaller camera island which includes two cameras. The cameras on the ZenFone 9 do have a larger footprint, obviously. ASUS decided to include Polymer on the back of the ZenFone 9, in comparison to glass on the ZenFone 8. This essentially means the phone is more grippy, as this back has a paper-like feeling. We’re a bit worried about its durability, though. The ZenFone 8 is a lot more slippery.

The sides are also different. The ZenFone 8 has one notable curve, while the ZenFone 9 has flatter sides. They’re different from what you’d find on iPhones and the Nothing Phone (1). ASUS did a really good job here, as the sides do not cut into your hand, or anything of the sort, the ZenFone 9 is really pleasing to hold and use, and it’s easier to use with one hand than its predecessor. That’s a big deal, as that’s one of this phone’s main selling points.
The ZenFone 9 also has a side-facing fingerprint scanner, while the ZenFone 8 uses an in-display one. The ZenFone 9’s fingerprint scanner is faster, it’s actually one of the fastest ones we’ve used. It also has a touch panel on it, so you can use it to lower your notification shade from any screen, and more, depending on your preferences. The ZenFone 9 really does feel like an evolution of the ZenFone 8, in a really good way.

What about their displays? Well, the two phones have the exact same panel, but the ZenFone 9’s has been further optimized. It does look a bit better while in use. Having said that, both phones feature a 5.9-inch display with a fullHD+ (2400 x 1080) resolution. A 120Hz refresh rate is included here, and HDR10+ content is supported. Both displays have a peak brightness of 1,100 nits, though that can be achieved only in automatic mode. In manual mode, they both go up to 800 nits. 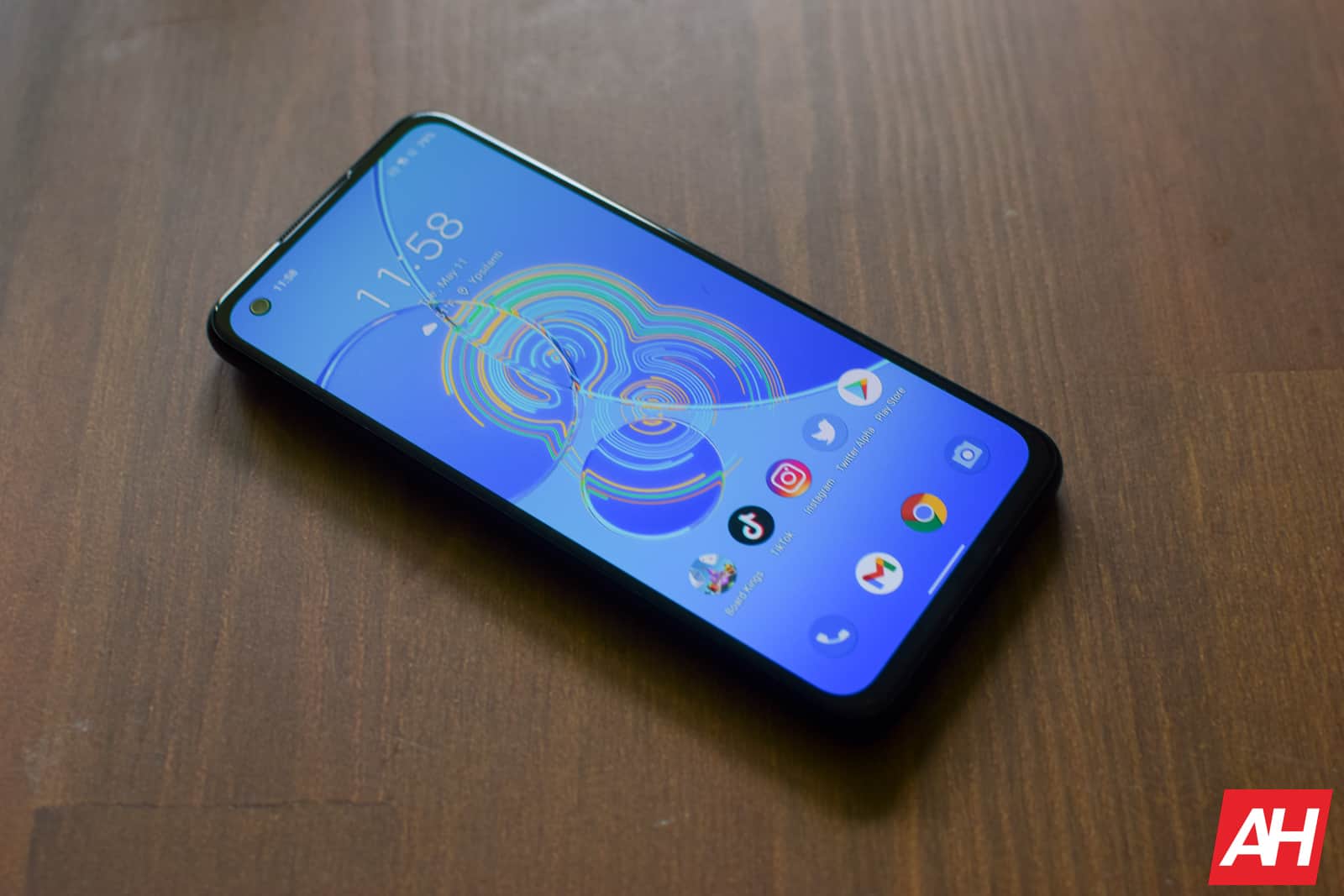 Both displays are very sharp, and offer an aspect ratio of 20:9. Both panels offer around 445 ppi, and Gorilla Glass Victus protection. So, as you can see, there’s really no difference between them hardware-wise. The ZenFone 9 display does feel a bit different to use, though. They both offer a 240Hz touch sampling rate, but it’s as if the ZenFone 9’s panel is tuned a bit differently in comparison.

So, the bottom line is, both displays look great and function great. They are tuned a bit differently, but quite frankly, they’re on the same playing field. That’s not surprising considering that we’re looking at the exact same hardware here.

Is there any difference in performance, though? Well, you will notice some extra speed on the ZenFone 9, at least I did. In fact, the ZenFone 9 is one of the fastest smartphones I’ve ever used, which is not surprising considering its hardware and non-bloated software. As a reference, I’ve used a 16GB RAM ZenFone 9 model. Both phones are immensely fast in everyday use, though, and can handle pretty much any game. The thing is, the ZenFone 9 also heats up less, at least that was the case in my experience. The ZenFone 8 can become quite toasty. The ZenFone 9 will as well, during gaming, to a degree, but not in general use, unlike its sibling.

The ZenFone 9 includes a 4,300mAh battery, while its sibling comes with a 4,000mAh battery. ASUS managed to keep the same weight, while increasing battery life, and keeping the same display size. That is a feat on the company’s part, and it does show in battery life performance, that’s for sure. The ZenFone 8 had decent battery life, you were mostly able to cross the 6-hour screen-on-time mark before needing to charge, if you’re not gaming.

Well, the ZenFone 9 goes above and beyond that. Getting across the 7-hour screen-on-time mark is not a problem whatsoever, and most of the time, I still had plenty of battery left (going over 8 is also a possibility). That is excellent considering the size of this phone, as small phones usually have poor battery life. If you’re looking to get great battery life, the ZenFone 9 is definitely the phone to get out of these two.

What about charging? Well, they both support 30W fast wired charging, while they don’t offer wireless charging, nor reverse (wireless) charging. A 30W charging brick is included with both phones, which is nice to see. The ZenFone 8 may charge up slightly faster due to a smaller battery, but they’re mostly on the same level in that regard, at least in our testing. It will take you around an hour and 15-20 minutes to charge them all the way, less than half an hour for a 60% charge.

Both phones have three cameras overall, though the ZenFone 9 does bring a noticeable improvement in performance. The ZenFone 9 features a 50-megapixel main camera, which allows for 40% more light to come in, compared to the ZenFone 8’s main shooter. That does reflect on images as well, as pictures from the ZenFone 9 are more contrasty, while we’re also seeing more detail in low light. ASUS’ new gimbal stabilization also helps, with both images and video. 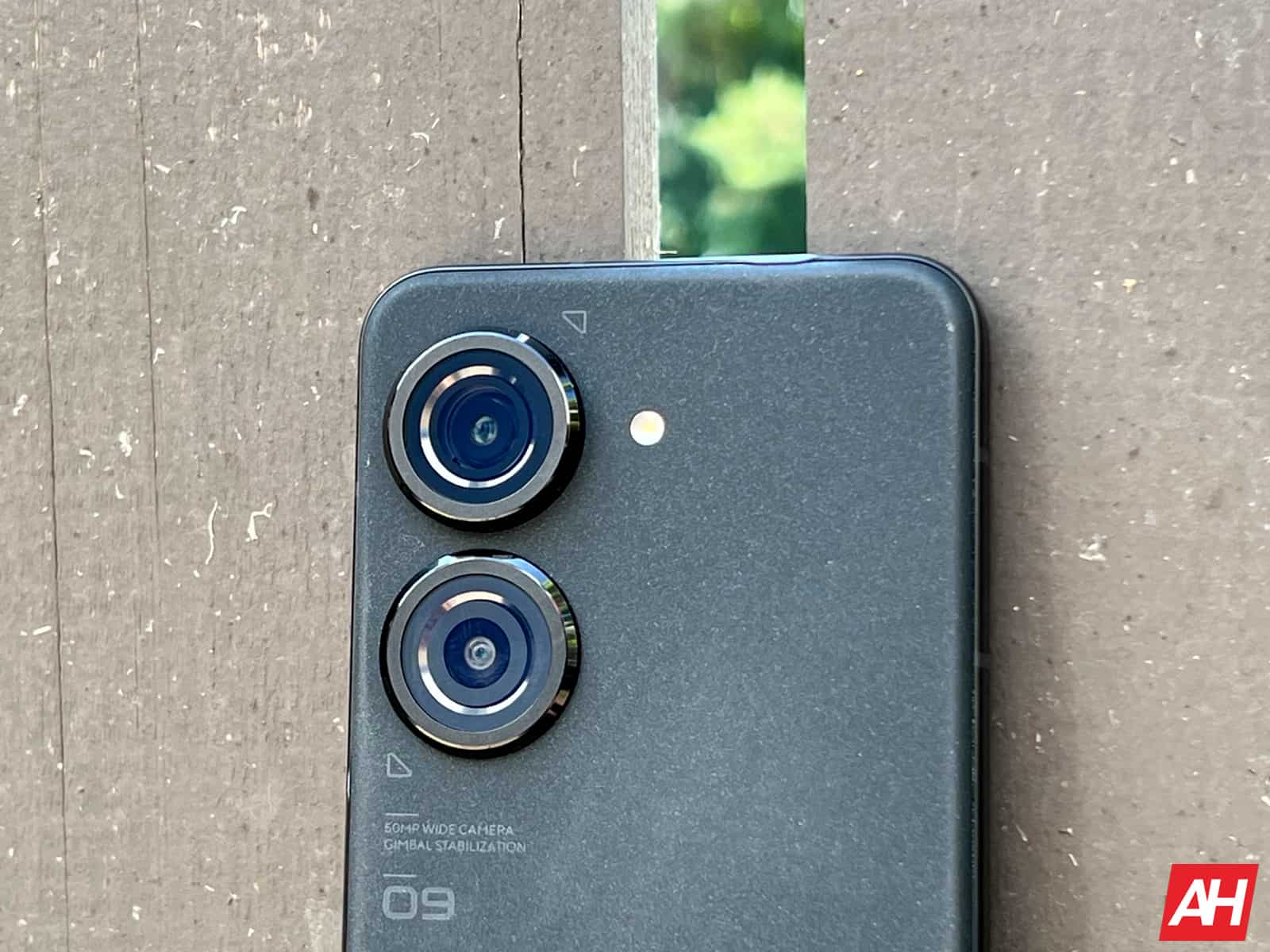 The ZenFone 8 was a solid camera performer, but the ZenFone 9 does take things to a whole new level. It offers sharper photos, more saturated photos, and better performance in HDR conditions. The videos also look better across the board, while they’re also more stable. Neither of these two phones has the best cameras on the market, but both offer good performance. Do note that the ZenFone 9 is a class above the ZenFone 8 in that regard, though.

Both of these phones not only have stereo speakers, but audio jacks as well. Audio jacks are a rarity to see on high-end phones, so that’s certainly a welcomed addition. Now, the speakers do sound really good on both phones, despite the fact these are not large phones. The ZenFone 8 speakers, to be quite honest, sounded a bit richer to me, but the difference is not that noticeable at all.

The bottom line is, both of these phones offer better audio output than many larger phones we’ve tested, even some that are more expensive than both of these smartphones. That’s a testament to these speakers, that’s for sure. Compact phones usually don’t offer good audio output, at least as far as speakers are concerned, that’s not the case here.