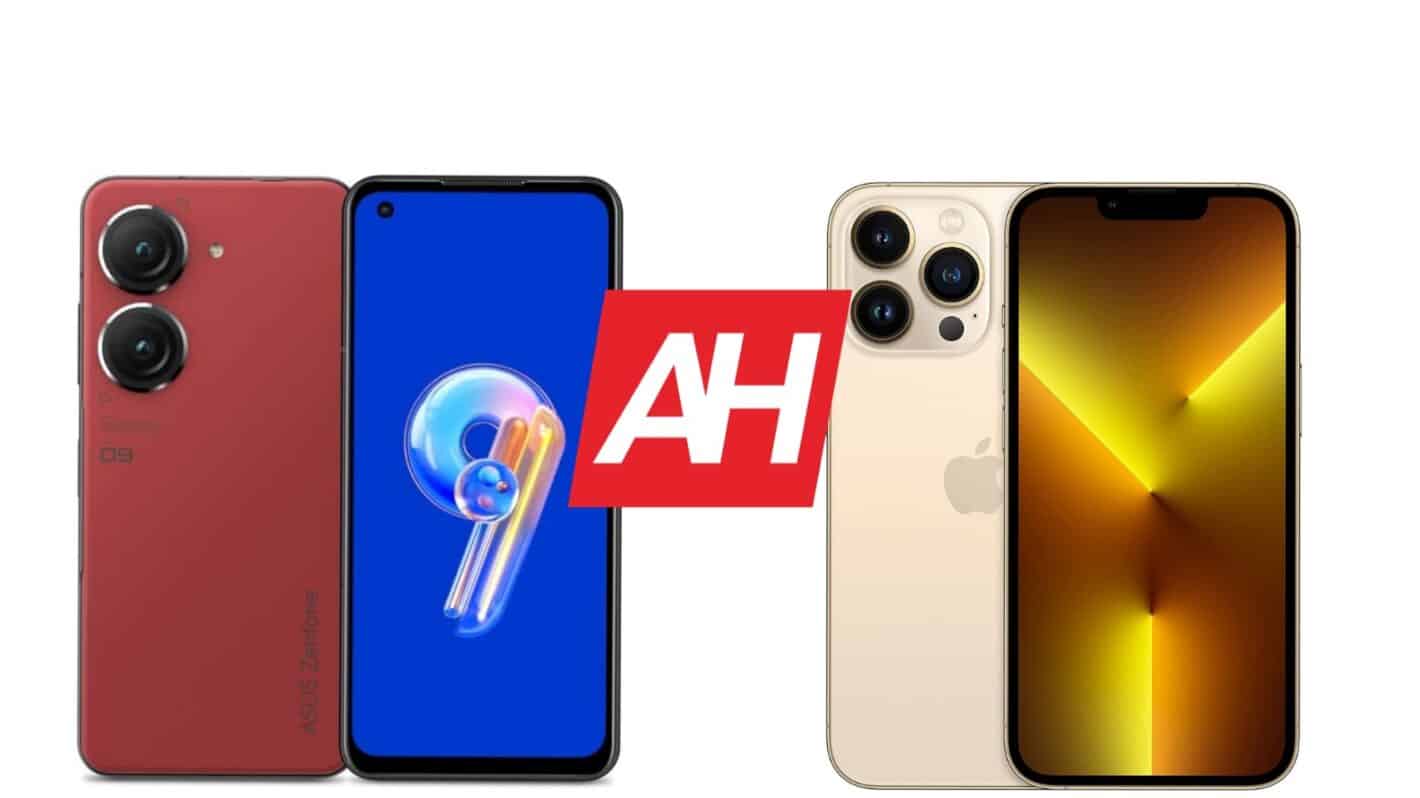 We compared the ZenFone 9 with the iPhone 13 Mini recently. Those are two excellent compact devices out there. Some of you are probably wondering how does ASUS’ new flagship compare to the very best of Apple, though. Well, we’re here to find out. We’ll compare the ASUS ZenFone 9 vs Apple iPhone 13 Pro. Now, we opted for the ‘Pro’, and not ‘Pro Max’ due to its size. It’s actually quite similar to the ZenFone 9 in terms of the general footprint.

The iPhone 14 series is right around the corner, but some of you will probably look to get last year’s models, to save up some cash. If that’s the case, this comparison may be of interest. We’ll compare the two phones across a number of categories, but we’ll first list their specifications. Do note that the iPhone 13 Pro is considerably more expensive, though, it costs around $200 more.

Design-wise, these two devices are quite different. Both do come with a metallic frame. The ZenFone 9 has an aluminum frame, while the iPhone 13 Pro’s frame is made out of stainless steel. On the back of the iPhone 13 Pro, you’ll find a sheet of glass, while ASUS opted for polymer (plastic). Your choice will depend on personal preference, of course, but do note that the ZenFone 9 does offer far more grip due to that backplate.

They both have very thin bezels. The ZenFone 9’s bottom bezel is thicker than the rest, while the iPhone 13 Pro would have uniform bezels if not for the notch. That notch, of course, messes things up, as it connects to the top bezel. A display camera hole sits in the top-left corner of the ZenFone 9’s display. The two phones are almost equally tall, while the ZenFone 9 is noticeably narrower. It’s also a bit thicker, and way lighter. It weighs 169 grams, compared to 204 grams of the iPhone 13 Pro.

The ZenFone 9 has flat sides, but thanks to that soft-touch backplate, it doesn’t cut into your hand or anything of the sort. Do note that each of its three color options have different-feeling backplates, though. Different levels of softness. The iPhone 13 Pro may start feeling a bit uncomfortable to hold after a while, due to its slippery design, flat sides, and weight. The sides are chamfered, though, so that does help.

There are two cameras on the back of the ZenFone 9. Each of them comes as a separate island, and the top one protrudes more. All three cameras on the iPhone 13 Pro are a part of the same camera island in the top-left corner. They have that recognizable design that Apple is going for.

The bottom line is, these two phones are fairly different. One is narrower, way lighter, and feels pleasant to hold. The other is quite hefty, slippery, and some would say feels more premium than that stainless steel + glass combo. It’s all a matter of personal preference, but the ZenFone 9 is easier to use with one hand, if that’s what you’re going for.

Both devices have fairly compelling displays. The ASUS ZenFone 9 includes a 5.9-inch fullHD+ (2400 x 1080) Super AMOLED panel. That display is flat and it offers a 120Hz refresh rate. It also supports HDR10+ content, and gets up to 1,100 nits of peak brightness. We’re looking at a 20:9 display aspect ratio here, and a 445 ppi. The panel is protected by the Gorilla Glass Victus from Corning. 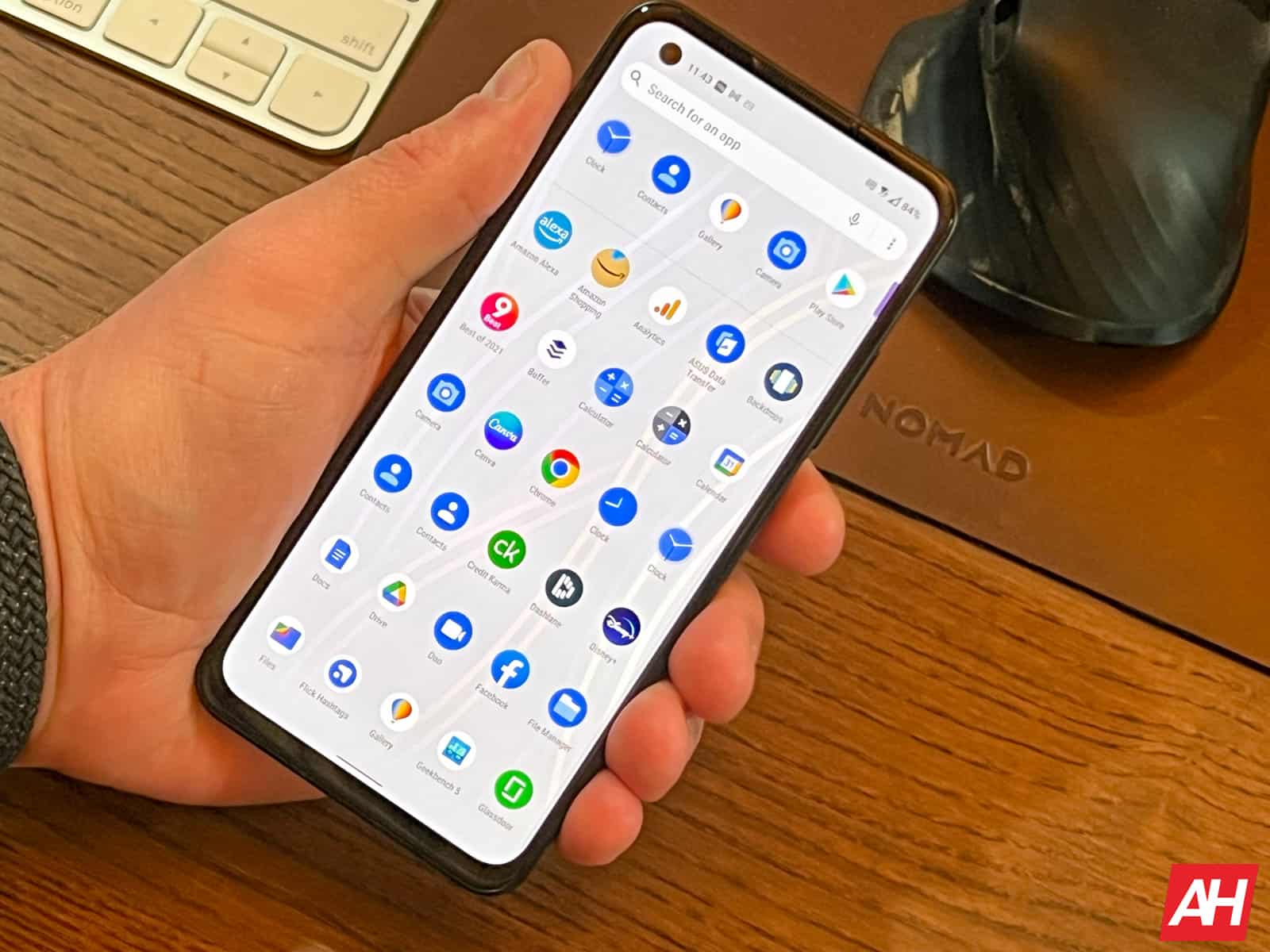 The iPhone 13 Pro, on the flip side, sports a 6.1-inch fullHD+ (2532 x 1170) Super Retina XDR OLED display. This panel is also flat, and it offers a 120Hz refresh rate. It supports HDR10 content, and Dolby Vision, while it gets up to 1,200 nits of peak brightness. The display aspect ratio is 19.5:9, and we’re looking at 460 ppi here. Apple says that the display is protected by scratch-resistant ceramic glass.

So, both of these displays look great on paper. Are they, though? Well, yes, they are. They are very vivid, have great viewing angles, and get bright enough outdoors. Both have been well-optimized, their 120Hz displays are very smooth in performance, and touch response is excellent. The blacks are deep, as you’d expect out of OLED displays. All in all, you can’t go wrong with either one.

The performance is where these two phones truly shine. Using both of them feels excellent, there’s no lag, and everything feels buttery smooth. Their performance-related internals are different, though. The ZenFone 9 is fueled by the Snapdragon 8+ Gen 1, while it includes up to 16GB of LPDDR5 RAM and UFS 3.1 flash storage. The Apple A15 Bionic fuels the iPhone 13 Pro, while Apple included NVMe storage as well.

Those are some of the most powerful mobile chips on the market at the moment. Both companies did a great job optimizing the devices to work in collaboration with pre-installed OS’. The ZenFone 9 includes Android 12 with ZenUI, while the iPhone 13 Pro ships with iOS 15. Those OS’ are fairly different, but regardless of what you end up doing, both phones deliver big time.

These two actually provide some of the smoothest usage experiences on phones. It doesn’t matter if you’re browsing, consuming multimedia, taking pictures, or playing games. Both of these phones can handle even the most demanding games with ease. They will get warm during gaming sessions, but not too hot or anything of the sort.

What about battery life, is it any good? Well, yes, it is, on both phones. The ZenFone 9 includes a 4,300mAh battery pack, while the iPhone 13 Pro has a 3,095mAh battery on the inside. The two operating systems handle battery consumption considerably differently, so comparing battery capacities doesn’t make too much sense. Having said that, you’ll be happy with the results here, in both cases.

I was able to pull out over 7 hours of screen-on-time from the ZenFone 9 without an issue, and it had more juice to go. Getting over the 8-hour mark isn’t an issue either, I managed to do that a couple of times as well. The iPhone 13 Pro is not far from it. The phone can also provide above 7 hours of screen-on-time, depending on what you do with it. They are somewhat comparable in the battery life department. It all depends on your usage, of course. If you are a gamer, those numbers certainly won’t apply to you, for example. 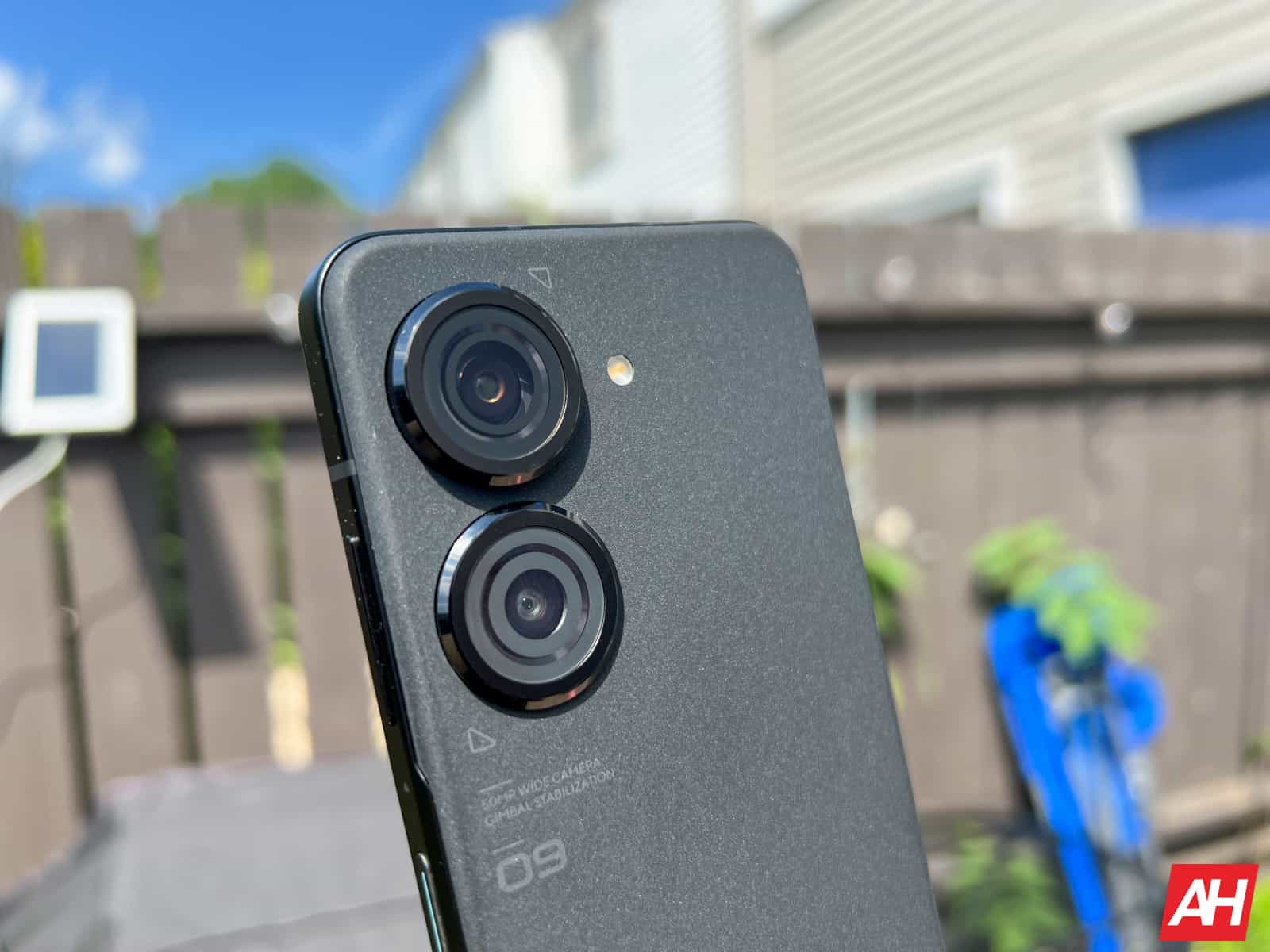 Both phones offer very detailed and vivid shots during the day. The images from the ZenFone 9 are usually a bit more saturated, though, while the iPhone’s are more lifelike. Both phones capture a lot of details, and handle dynamic range really well. The ZenFone 9 can crush the blacks in areas that are not well-lit, but that doesn’t happen often, and it’s possible ASUS improved it in the last update.

Both phones keep similar color profiles when you switch between main and ultrawide cameras. That’s not something we see often on phones. The iPhone 13 Pro does do a better job with zoomed-in shots, which is not surprising considering it has a telephoto camera.

What about low light? Well, they both do a great job in such conditions. Both phones allow plenty of light to enter a shot, and are good at balancing out such images. The iPhone 13 Pro is more consistent in such scenarios, though. Both handle video recording really well, and the footage ends up being very stable.

Stereo speakers are included on both devices, and they are excellent in both cases. They do get loud enough, without noticeable distortion. They’re also quite detailed, and offer a good balance between lows, mids, and highs. The vocals also end up being clear enough.