In this article, we’ll compare two rather compelling flagships that launched this year, the ASUS ZenFone 8 vs OnePlus 9 Pro. The OnePlus 9 Pro arrived back in March, while the ZenFone 8 launched earlier this month. These two phones do look kind of similar, to a degree, but they are quite different. The difference in size is quite substantial, and along with that, the in-hand feel as well. Their spec sheets are also quite different, actually.

There are many differences to note here, and these two phones also aim at different types of consumers, mainly considering their size difference. The ZenFone 8 will appeal to those of you in search of a compact flagship, while the OnePlus 9 Pro is at an entirely different end of the spectrum. The ZenFone 8 is also considerably more affordable in comparison, and that’s something many of you will take into consideration. We’ll compare their specs first, and then move to various other categories. Let’s kick off the ASUS ZenFone 8 vs OnePlus 9 Pro comparison, shall we.

Both of these phones are made out of metal and glass. They offer the so-called “glass sandwich” design. They’re both mildly curved on the back, towards the sides. To be quite honest, both phones are quite slippery in the hand, but the ZenFone 8 is much smaller, so it’s quite a bit easier to use. The fact that it’s so slippery is not that much of a problem. Regardless, using a case with both smartphones may be a good idea. 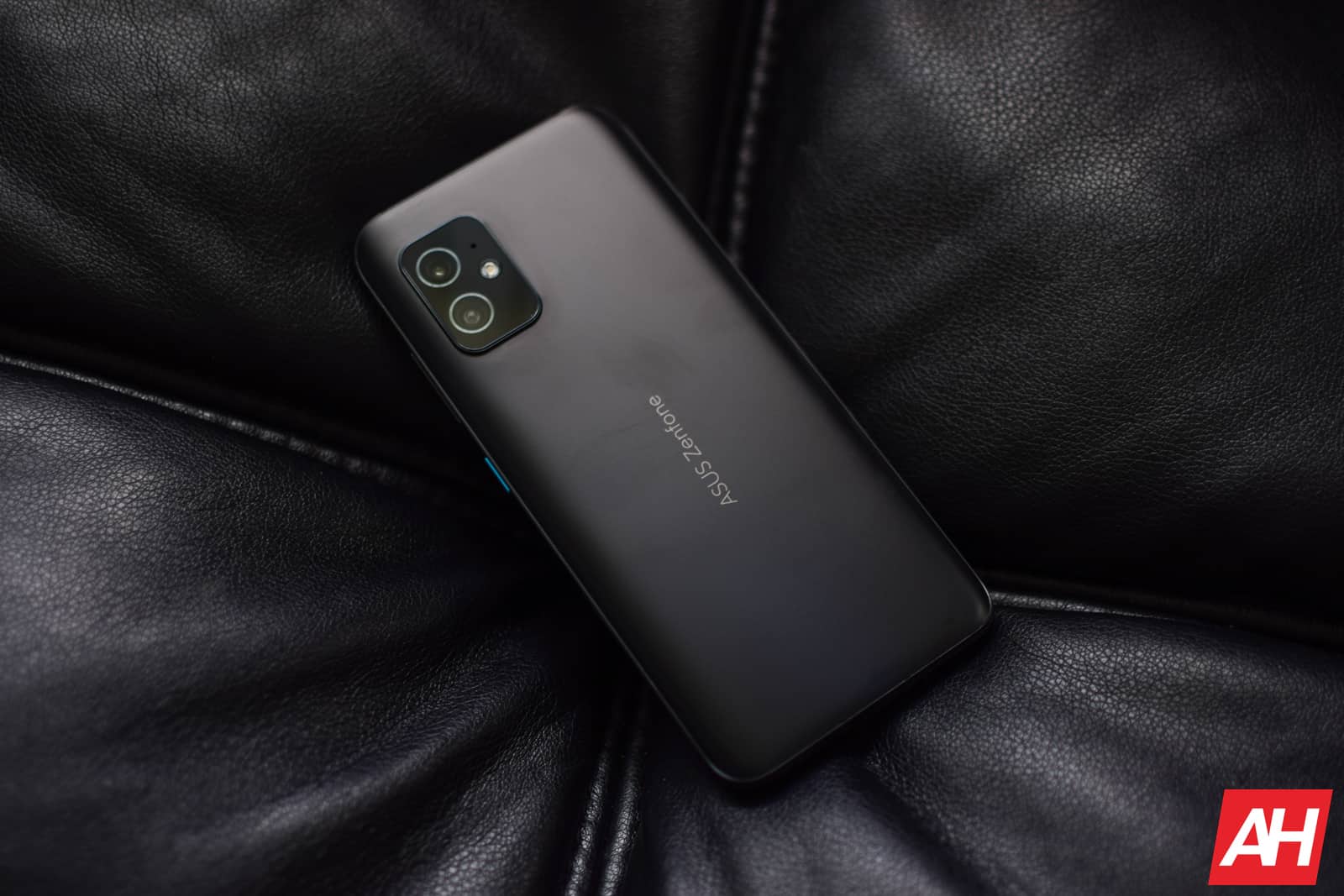 The OnePlus 9 Pro’s display is curved, while the ZenFone 8’s is flat. So, it all depends on what you prefer. That curved display does make the phone even more difficult to operate, considering its size and the fact it’s so slippery. Both phones feel really good in the hand, though, like quality products. The ZenFone 8’s design is a bit more understated, and the phone does deliver less camera sensors, and has a smaller camera island on the back. Choosing between the two is a matter of preference, you should primarily ask yourself if you want a compact flagship, or a large one.

The ASUS ZenFone 8 features a 5.9-inch fullHD+ (2400 x 1080) Super AMOLED display. That panel offers a 120Hz refresh rate, and it supports HDR10+ content. This display has a max brightness of 1,100 nits, and it’s a flat panel. It has a 20:9 aspect ratio, which is actually in line with what the OnePlus 9 Pro offers. The Gorilla Glass Victus is included on top of this panel in order to protect it.

The OnePlus 9 Pro, on the flip side, comes with a huge 6.7-inch QHD+ (3216 x 1440) Fluid AMOLED 2.0 display. That is an LTPO panel, in other words, it offers an adaptive refresh rate (up to 120Hz). It does support HDR10+ content, and it also delivers 1 billion colors to your phone. It has a max brightness of 1,300 nits, so it’s a bit brighter than ASUS’ offering. This display is protected by the Gorilla Glass 5.

Are these displays any good? Well, yes, they’re excellent, actually. The OnePlus 9 Pro does offer a better display out of the two. The fact it’s an LTPO panel is only a plus, but it looks better in comparison. The difference is not big, though, as the display inside the ZenFone 8 is also excellent, and more than sharp though. You won’t notice it’s not a QHD+ panel at all. Both displays deliver excellent viewing angles, and both offer vivid colors, and deep blacks. Thanks to their high refresh rate, everything will be quite smooth on them as well, especially scrolling. There’s really not much to complain about here.

In terms of spec power, these two phones are at the top of the food chain. Both smartphones are fueled by the Snapdragon 888 SoC, which is the best and most powerful SoC Qualcomm has to offer. In addition to that, both phones are equipped with LPDDR5 RAM, and UFS 3.1 flash storage. Neither company skimped out on the latest technology, and all that, in combination with Android 11, results in truly excellent performance.

Both companies did a great job optimizing their phones to their respective UIs, ZenUI 8 and OxygenOS 11, respectively. Both phones also offer plenty of RAM (they come in several variants), and do perform great in every way. Regular, everyday, performance is great. You’ll have no issues opening / closing apps, browsing, consuming multimedia, taking pictures and videos, and so on. Both will do all that without breaking a sweat. We did not notice any notable issues in performance.

In regards to gaming, well, both are well-equipped. The OnePlus 9 Pro comes with a dedicated gaming mode, which evolved to become truly useful. The ZenFone 8, on the other hand, comes with some gaming software from the ROG Phone lineup, which only goes to its benefit. Both of these phones can turn into gaming machines in no time. You can run pretty much every game here (from the Play Store), no matter how powerful it is. Both of these phones can handle it, without a problem.

The ASUS ZenFone 8 offered really good battery life since it launched, during our initial review. Both of these phones can cross the 6-hour screen on time mark, with specific usage. If you’re not a gamer, or don’t use these phones for other processor-intensive tasks, you will be able to cross that mark. Your usage is different from ours, as everyone uses their phone differently, so do note that you may get considerably different numbers. Playing games does impact battery life quite a bit. 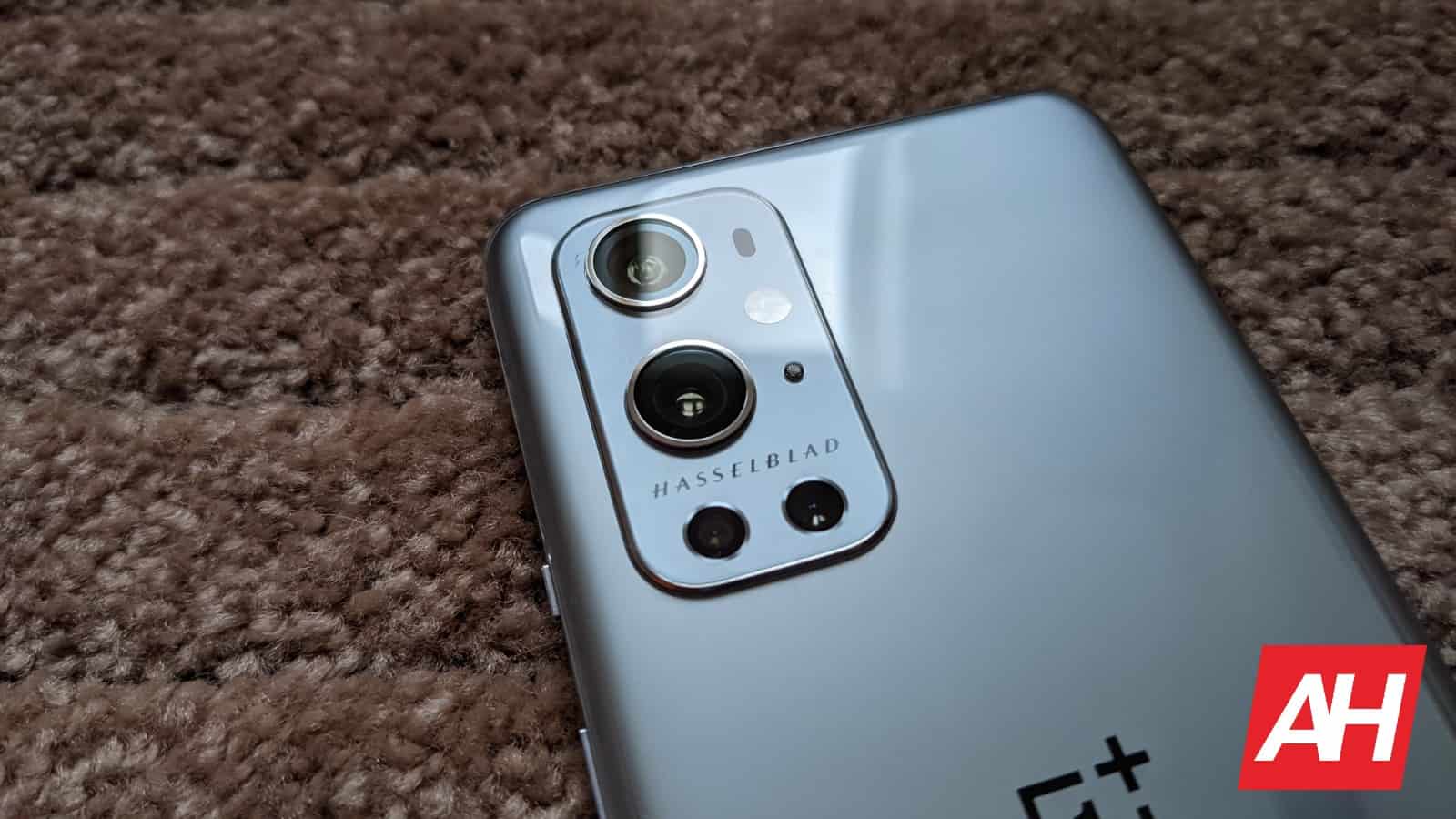 The results are quite interesting. The OnePlus 9 Pro camera performance was not that good at first, but OnePlus released a ton of updates since then, and things are much better now. The color science is really good on the OnePlus 9 Pro, and has an upper hand in that regard. The ZenFone 8 does handle dynamic range slightly better, though the difference is not that noticeable. Both phones can capture plenty of detail, and offer great ultra-wide camera performance.

The OnePlus 9 Pro images are a bit more saturated, and they will look better to most people. The ZenFone 8 does tend to capture more muted, but realistic shots in daylight. Both phones do a really good job in low light, with minimal levels of noise. They managed to allow plenty of light to enter the scene, even though the OnePlus 9 Pro still tends to crush blacks in some scenarios. The issue is nowhere near as pronounced as it was at first. Both camera setups are more than capable, and chances are you’ll be happy with the performance from both phones in that regard

The audio is excellent on both phones. ASUS went out of its way to include really good speakers in such a compact smartphone, and we’re really glad it did. The OnePlus 9 Pro also offers great speakers. Both setups provide really loud audio, with barely any noticeable distortion. The sound is sharp, and well-balanced as well. The bass is slightly better on the ZenFone 8, though, at least that’s something we’ve noticed.

The ZenFone 8 also has a 3.5mm headphone jack. That is something the OnePlus 9 Pro does not offer. If you hook up a good pair of headphones to either phone, you’ll get output that is more than satisfying. We really don’t have any major complaints about the audio, as both companies did a really good job balancing it. The bass is not too strong, while lows, mids, and highs are well-balanced in general.