ASUS had recently announced two new flagship smartphones. In this article, we’ll compare those two flagship phones, the ASUS ZenFone 8 vs ZenFone 8 Flip. Both of those phones are quite compelling in their own regard, but they are quite different in comparison. ASUS actually managed to surprise a lot of people with the specs and tech overall it managed to cram inside the ZenFone 8, its compact flagship.

The ZenFone 8 is considerably smaller than the ZenFone 8 Flip, but it’s not less powerful than its larger sibling, that’s for sure. Both phones have a lot to offer, though they aim at completely different types of consumers. Both phones are priced fairly, and are more affordable than the competition, which is another factor worth considering if you’re planning to purchase a new flagship phone. The pricing for the ZenFone 8 series starts at only €599. In this article, we’ll try to give you a better idea of the differences between these two phones, so that you can make an informed choice. Let’s kick off the ASUS ZenFone 8 vs ZenFone 8 Flip comparison!

This setup allows the ZenFone 8 Flip to ditch a display camera hole and a front-facing camera altogether. Still, that flip camera setup does include moving parts, and will require you to take a little bit more cautin to use the phone. Both smartphones are made out of metal and glass, and the ZenFone 8 Flip is considerably larger. It is quite a bit taller, wider, and thicker than its sibling. It’s also a lot heavier than the ZenFone 8 (230 vs 169 grams). 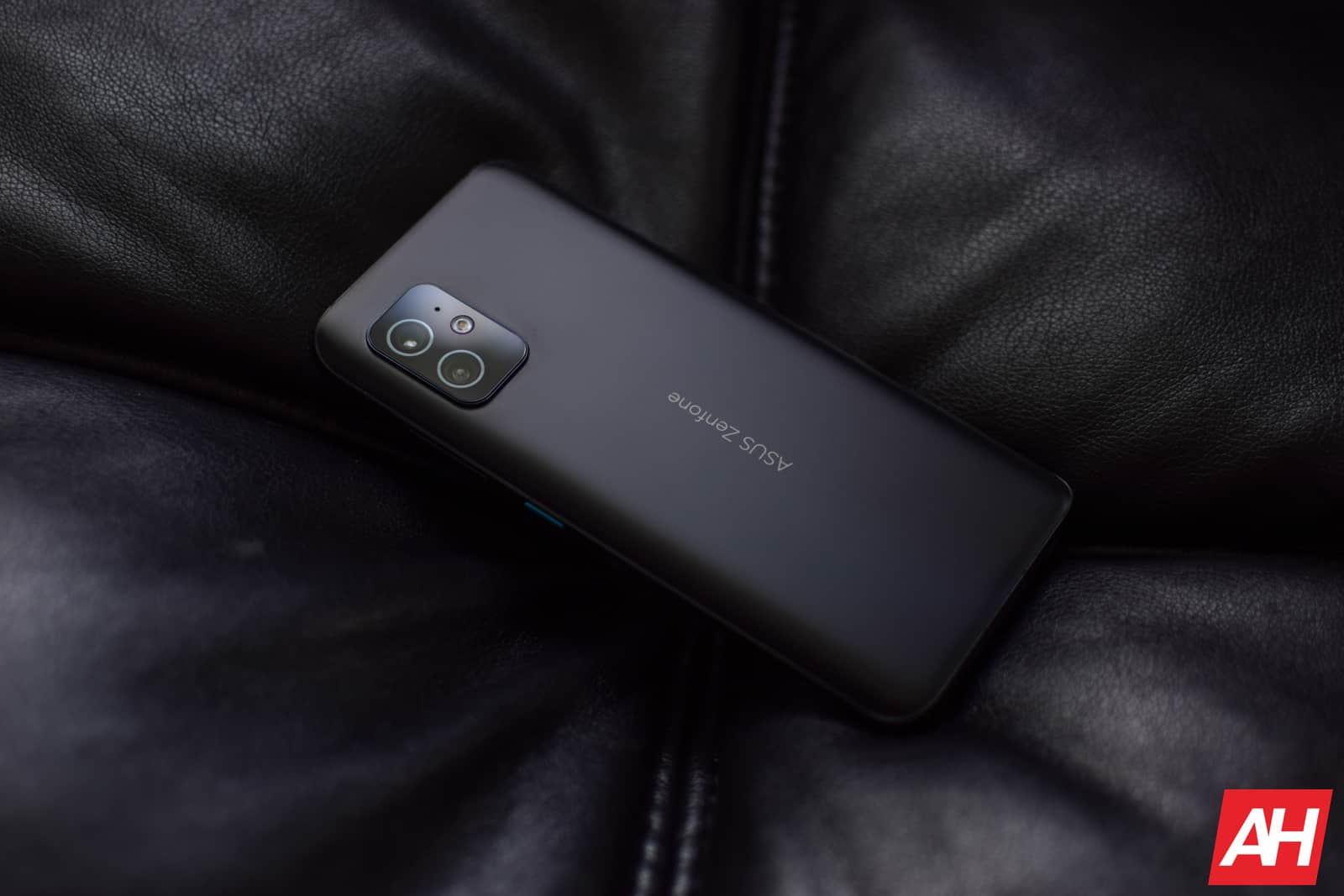 Both devices include an in-display fingerprint scanner of an optical variety. Both are curved on the back, and both are quite slippery. They do feel considerably different in the hand due to the size difference, and the heft difference. The ZenFone 8 is definitely easier to use, especially with one hand. These two devices aim at a completely different type of consumer, so it all depends on what you need. If you use your phone a lot with one hand, and don’t want moving parts inside your phone, go with the ZenFone 8. If you prefer something different, want a larger phone, and you hate display camera holes… the ZenFone 8 Flip is a solid choice.

The ASUS ZenFone 8 features a 5.9-inch fullHD+ (2400 x 1080) Super AMOLED display. This display offers 120Hz refresh rate, and it supports HDR10+ content. It has a peak brightness of 1,100 nits, and it is protected by the Gorilla Glass Victus, the latest protection from Corning. The display on the device is flat, and we’re looking at a 20:9 display aspect ratio here. That has become more or less a standard these days.

The ASUS ZenFone 8 Flip, on the other hand, offers a 6.67-inch fullHD+ (2400 x 1080) Super AMOLED display. This display delivers 90Hz refresh rate, and a peak brightness of 1,000 nits. The panel is flat, and it’s protected by the Gorilla Glass 6, from Corning. This display also offers a 20:9 display aspect ratio. It is quite clear, based on these specs, that the ZenFone 8 is placed above the ZenFone 8 Flip in the pecking order.

So, the ZenFone 8’s display offers better protection, and higher display aspect ratio. The difference between these two panels is not that great, though. Both panels offer great, vivid colors, great viewing angles, and those deep AMOLED blacks. If you have a keen eye, you will notice that scrolling is smoother on the ZenFone 8, though, which is not surprising considering it has a higher refresh rate. Both displays are quite great, though, there’s really not much to complain about here.

What is the performance like, though? Well, it’s great, on both devices. In fact, you won’t really see any visible differences in performance when it comes to these two phones. They’re both fueled by the Snapdragon 888 SoC, have the same generation of RAM and flash storage, and very similar storage. All that results in extremely fluid performance, in basically every situation you put them in.

These two phones do a great job when it comes to opening / closing tabs, browsing, consuming multimedia, processing photos and video, and so on. Basically any regular task you can think of, these two phones can do it without thinking twice. The same actually goes for gaming. ASUS did include some features from its ROG Phone here, quite a few of them, though. The ROG Phone has an excellent portfolio of gaming features, and you can experience many of them through these two devices as well. It’s a true joy to play games on both devices, just keep in mind the display size difference. They can both compete with pretty much every flagship smartphone out there, when it comes to performance.

The ASUS ZenFone 8 comes with a 4,000mAh battery, while the ZenFone 8 Flip includes a 5,000mAh battery on the inside. The ZenFone 8 Flip’s battery is larger, while it has a considerably larger display, and higher refresh rate. Does it offer better battery life, though? Well, yes, but not by much. Both of these phones actually offer really good battery life that will be suitable for most of you.

With regular usage, with little to no gaming, you should be able to hit that 6-hour screen-on-time mark on both phones. That will depend on a number of different things, of course, but the point is, the battery life is far from bad. It’s not the best around, but you should be okay in both cases. If you do game a lot, however, do expect considerably lower battery life, as on any other phone. If you do manage to run out of battery ahead of time, both phones do offer fast charging.

Both the ZenFone 8 and 8 Flip offer 30W fast wired charging. That charging is quite fast, as it can get you from 0 to 60-percent in only 25 minutes. It will take you about 80 minutes to reach the full charge. It’s not as fast as what Xiaomi and OnePlus offer these days, for example, but it’s still quite fast. Reverse charging is also supported, while wireless charging is not, unfortunately. ASUS probably did that to avoid raising the price, and making phones thicker than they are. 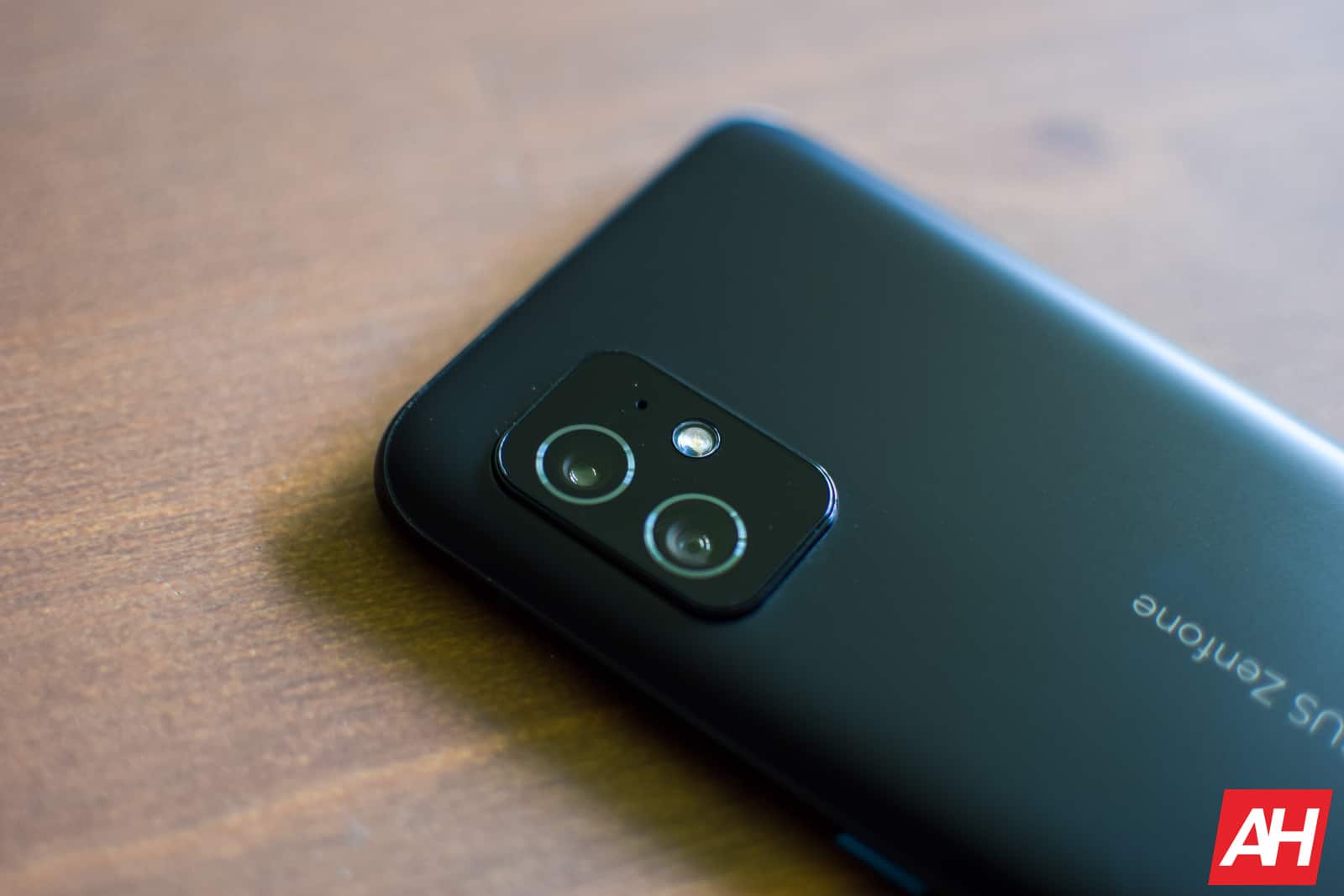 The main and ultra-wide cameras are the same on both phones. ASUS used the same 64-megapixel camera and lens as on the ZenFone 7 Pro, with an f/1.8 aperture, and 0.8um pixel size. The results that this camera can provide now are entirely different compared to the ZenFone 7 Pro. The ZenFone 7 Pro’s camera was mediocre at best, but these two phones can actually compete when it comes to camera performance, and then some. Pretty much everything is better than it was on the ZenFone 7 Pro. The images are much brighter, with great dynamic range, plenty of details, and really appealing colors. ASUS did a great job with the software this time around.

Ultra-wide camera also does a great job on both phones, as does the telephoto one on the ZenFone 8 Flip. We were actually quite surprised while we were testing the cameras. Are they the best cameras around? No, but they’re really good. They even do a great job in low light, with really good balance, and not much noise. The main camera manages to keep quite a few details thanks to the auto night mode that ASUS offers. You may be surprised with this camera setup, that’s for sure, and it should be the reason to avoid either of the two phones. ASUS improved its camera game quite a bit.

The ASUS ZenFone 8 and 8 Flip both offer stereo speakers. The audio is not the same though, nor are the features the two phones offer. First and foremost, the ZenFone 8 does offer a headphone jack, while the ZenFone 8 Flip does not. On top of that, the audio output from the speakers is different, which is quite easy to notice. ASUS obviously didn’t use the same speakers here, which is not surprising considering the hardware differences.

The audio experience the ZenFone 8 offers is great. Those speakers are surprisingly punchy, loud, and sharp, considering the phone’s size. ASUS managed to do a great job here. The ZenFone 8 Flip is not bad in that regard, not at all, but it’s one step behind its sibling. The audio via a good set of headphones is quite good on both phones. It’s well-balanced, and there’s not much to complain in that regard.