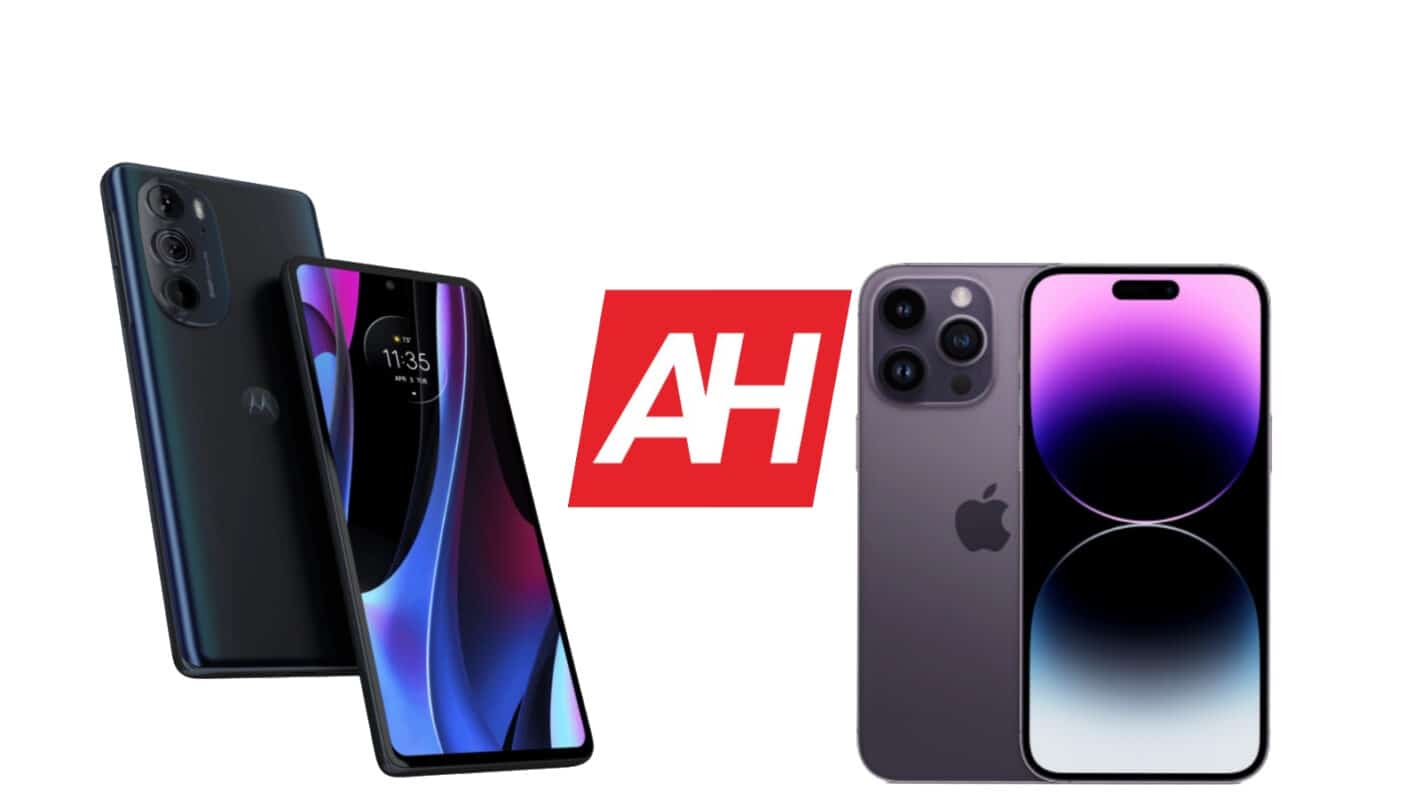 The iPhone 14 Pro Max is Apple’s newest flagship. We’ve already compared it to a number of Android phones, and now it’s time to put one of Motorola’s on the other end of the line. No, we won’t compare it to the Motorola Edge 30 Ultra this time around, maybe some other time. We’ve opted for the Apple iPhone 14 Pro Max vs Motorola Edge+ comparison this time around. Why? Well, the Motorola Edge+ is currently available in the US, and it’s also discounted at the same time. It’s also still a flagship-grade phone, so… there you have it.

The iPhone 14 Pro Max is considerably newer, but both phones are quite compelling in their own way. The Motorola Edge+ is also a lot more affordable, at the moment at least. These two phones are immensely different, and we’ll try to help you make a purchasing decision. In other words, help you figure out whether it’s worth saving a bit of cash. We’ll start this comparison by comparing the specs of the two phones, and we’ll go from there.

In the design department, these two phones could not be more different. The iPhone 14 Pro Max is flat on the front and back, and the flatness continues on the sides, including its top and bottom parts. The Motorola Edge+, on the other hand, sports a more regular design with plenty of curves. Both its front and back sides are curved. Both phones have cutouts in the display, though the iPhone 14 Pro Max’s is a lot bigger.

Apple’s new flagship has a pill-shaped cutout at the top, while the Motorola Edge+ has a hole punch. Both of them are centered. The bezels are immensely thin on both phones, though they are also uniform on the iPhone 14 Pro Max. The camera setups on the back look totally different, even though they are placed in the same spot. Motorola’s handset has a more regular-looking camera design, with the sensors aligned vertically. Both devices have three cameras on the back.

Now, their display sizes are basically the same, but aspect ratios are a bit different. More on that soon. The iPhone 14 Pro Max is a bit shorter, but it’s also a bit wider, and thinner. On top of that, it’s considerably heavier than the Motorola Edge+. It weighs 240 grams, compared to 196 grams of Motorola’s flagship. Both phones are slippery in the hand, and the in-hand feel is completely different. The iPhone 14 Pro Max does cut into your hand a bit more due to its design and weight, but less than its predecessor.

Both devices do feel like premium products, though, despite the fact the Motorola Edge+ combines a glass back with a plastic frame. You would have never guessed. The iPhone 14 Pro Max, on the flip side, utilizes a stainless steel frame, and a glass back.

Apple’s iPhone 14 Pro Max features a 6.7-inch 2796 x 1290 LTPO Super Retina XDR OLED display. That is a mouthful. In any case, this display is flat, and it offers a 120Hz refresh rate. It also offers an adaptive refresh rate. HDR10 and Dolby Vision support are included, while this panel does get very bright at 2,000 nits of peak brightness. It is protected by ceramic shield glass, and offers a 19.5:9 aspect ratio. 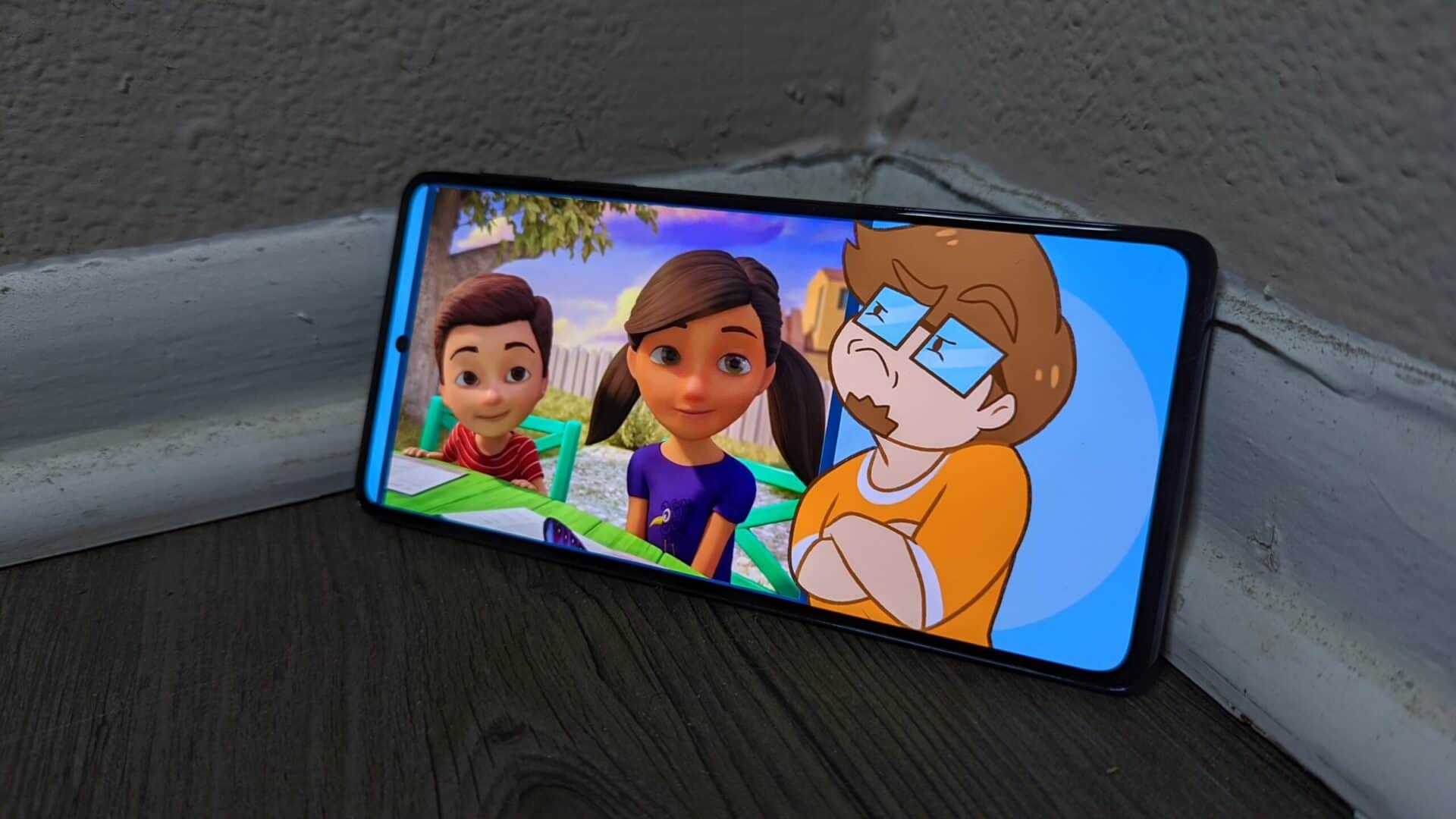 Both displays do offer vivid colors, and those deep blacks you’d expect in OLED panels. The display Apple used does get a lot brighter, though, so it’s a better option to use in direct sunlight. It also has slightly better viewing angles, even though they’re great on both phones. Both displays are very responsive, and most people really can’t go wrong with either one, despite the fact Apple’s is brighter and sharper. It’s up to you.

Both of these phones are very powerful spec-wise. The same goes for their performance-related specifications. The Apple A16 Bionic chip fuels the iPhone 14 Pro Max. The device also packs in 6GB of RAM and NVMe storage. The Motorola Edge+, on the flip side, comes with the Snapdragon 8 Gen 1 SoC, up to 12GB of LPDDR5 RAM, and UFS 3.1 flash storage.

Both of these processors are quite powerful, though the A16 Bionic is newer, and it’s technically faster. You’ll be glad to know that in everyday use, both phones are very smooth and responsive. They’re great for browsing, consuming multimedia, multitasking, and so on. You may notice the difference in some games, though. Genshin Impact did stutter a bit during our testing of the Motorola Edge+. That’s the only issue we spotted during gaming. The iPhone 14 Pro Max handles games without a problem. We didn’t notice excessive heat from either phone, even though they do get warm.

The iPhone 14 Pro Max comes with a 4,323mAh battery on the inside. The Motorola Edge+, on the other hand, packs in a 4,800mAh battery. Apple’s iPhones usually come with smaller batteries than their Android counterparts, as iOS handles battery consumption differently, and needs less large batteries. That being said, both of these phones do offer really good battery life.

If you usually have up to 6 hours of screen-on-time on your phone during your day, either of these will be more than enough for you. In fact, going over 7 hours of screen-on-time also shouldn’t be a problem, though it will all depend on your usage, of course. If you’re a gamer, or you have poor signal, that will affect battery life quite a bit. The same goes for spending most of your day on mobile data, and so on. One thing is for sure, though, the battery life on both phones is really, really good.

The Apple iPhone 14 Pro Max supports 23W wired, 15W MagSafe wireless, and 7.5W Qi wireless charging. The Motorola Edge+ supports 68W wired, 15W wireless, and 5W reverse wireless charging. Do note that the iPhone comes without a charger in the box. The Motorola Edge+ does include one, but not a 68W one. It has a 30W charger in the box. You’ll have to buy one separately to take advantage of the full charging speed the phone offers. 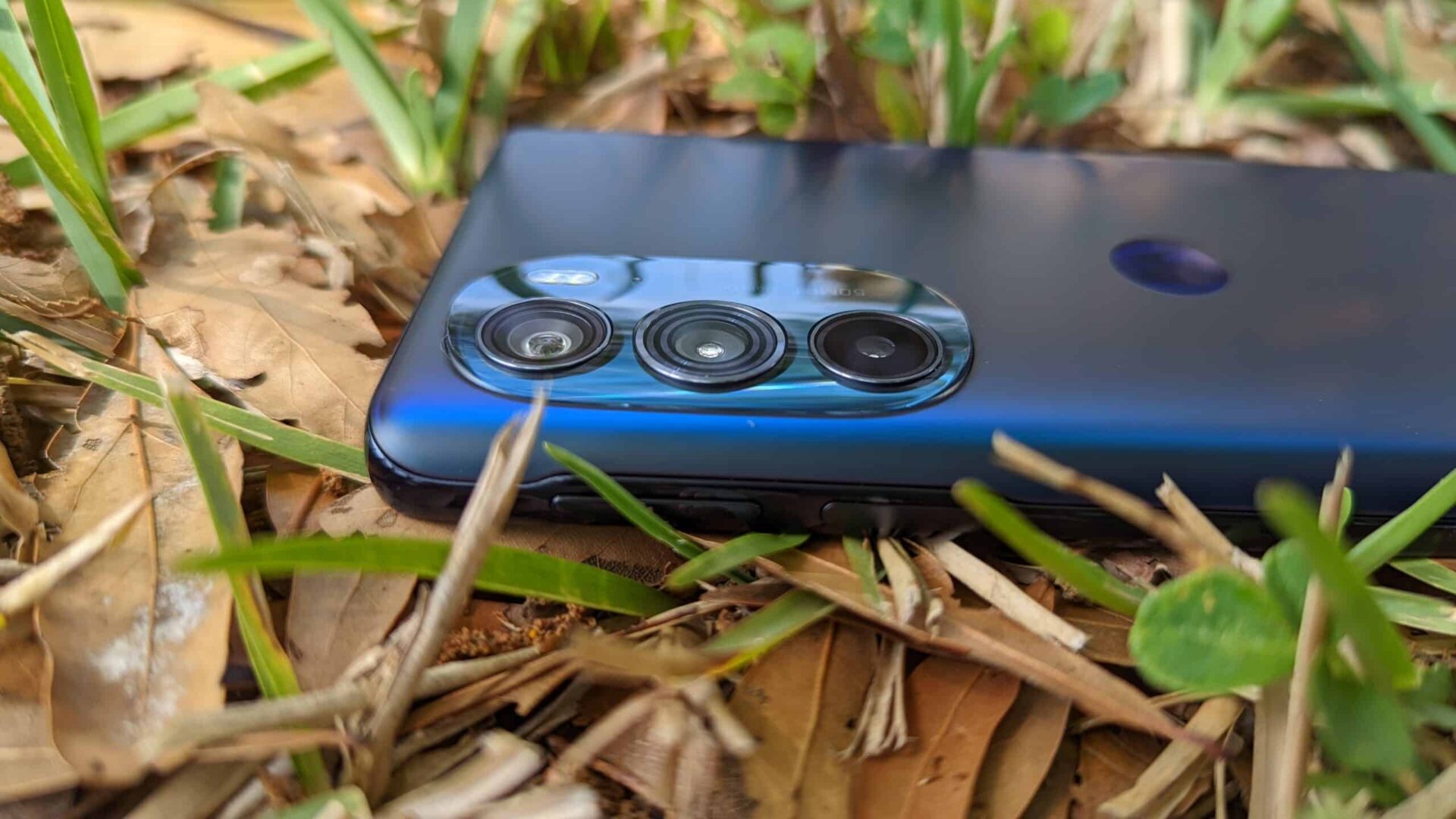 The iPhone 14 Pro Max offers excellent performance in basically all lighting conditions. It is worth noting that it tends to push it a bit too far with sharpening in some scenes. Also, it tends to blow out the highlights in HDR conditions at times. It does offer excellent details, and the colors are life-like. It also does a great job in low light, and the colors are consistent across its three cameras on the back. It also offers much better video recording.

The Motorola Edge+ offers good camera performance, but it cannot compete with the iPhone 14 Pro Max. We did have issues with focusing during our review period, as not even touch to focus helped. Motorola may have improved this with updates, though. The phone doesn’t do all that great in low light, but it does a good job in HDR situations. It also has a capable telephoto camera.

Let’s first mention that neither of these two devices has an audio jack. That is something we don’t see on the vast majority of flagship devices these days. What they do have are stereo speakers, and those speakers are really good on both phones. The sound did sound slightly sharper on the iPhone 14 Pro Max, but the vocals were good on both, and both sets of speakers were well-balanced. The distortion was not present, not even when you tune the volume all the way up.