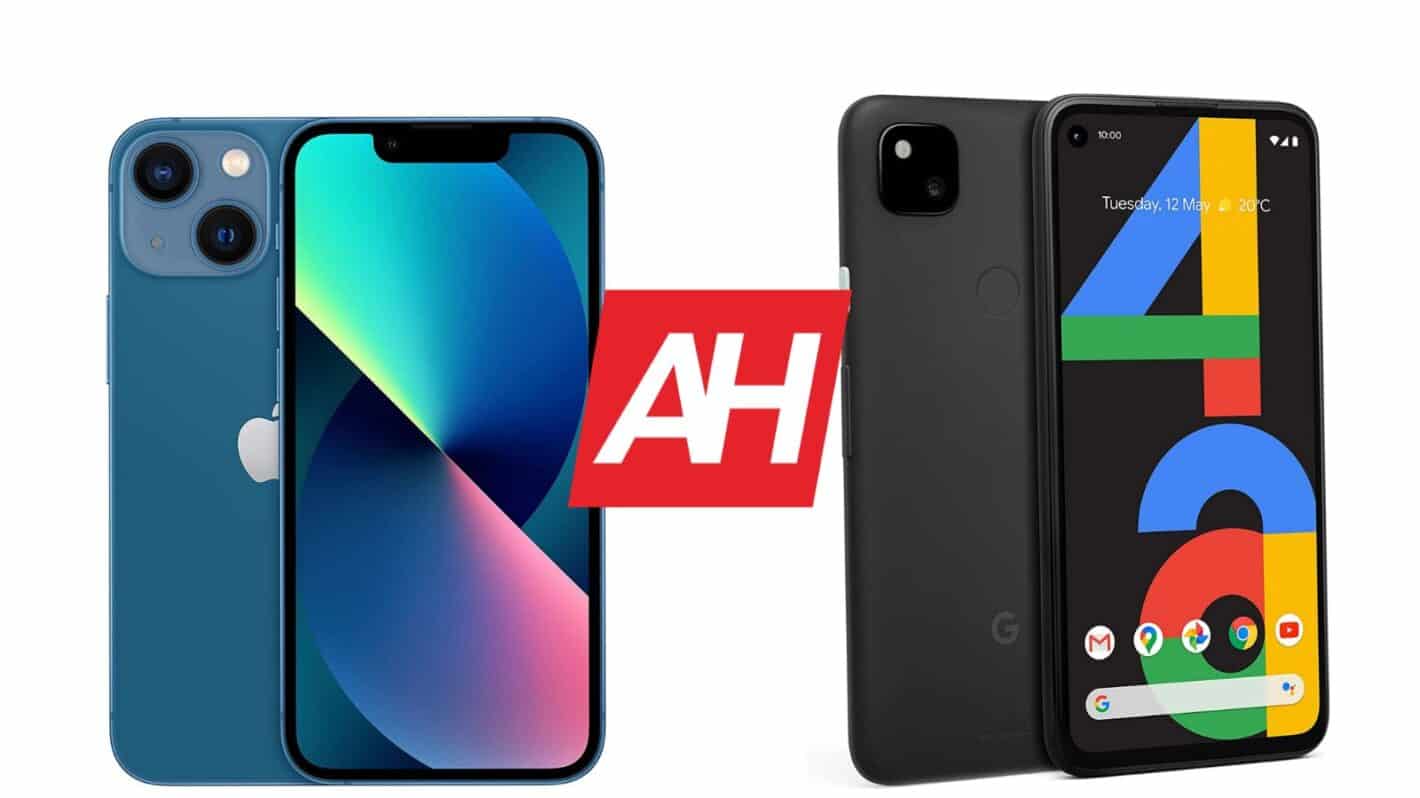 Apple announced its iPhone 13 series quite recently, and as part of it, the iPhone 13 Mini dropped. This is Apple’s mini handset which is actually quite powerful. This device doesn’t really have a lot of competition in the Android space, as there are not many small Android phones that are good enough. Well, there are a couple, and the first one that came to our mind was Google’s very own, the Pixel 4a. So, in this article, we’ll compare the Apple iPhone 13 Mini vs Google Pixel 4a.

The Pixel 4a isn’t exactly a high-end phone. It’s much more affordable than the iPhone 13 Mini, but the two are worth comparing, that’s for sure. The Pixel 4a proved to be quite a compelling smartphone, especially for the price tag. It is quite compact, though not to the level of the iPhone 13 Mini. These two phones do look considerably different, while their internals are also quite different. All in all, this should be a rather interesting comparison, so let’s start comparing the Apple iPhone 13 Mini vs Google Pixel 4a.

The two phones don’t really have much in common when the design is concerned. The iPhone 13 Mini is made out of aluminum and glass, while the Pixel 4a offers a polycarbonate build. It’s essentially made out of plastic. The iPhone 13 Mini has flat sides, and much sharper edges than the Pixel 4a. That won’t exactly bother you on this phone, as it’s compact enough not to cut into your finger while you’re holding it.

Apple’s compact handset has two cameras on the back, while the Pixel 4a has only one. Both camera setups are included in the top-left portion on the back of each phone. The iPhone 13 Mini comes with a smaller display, and t’s smaller overall. It’s shorter, narrower, and thinner, while it weighs almost the same as the Pixel 4a. The iPhone 13 Mini and Pixel 4a weigh 141 and 141 grams, respectively.

Both phones are really easy to hold, and use with one hand. Both are quite slippery, though, especially if you have dry hands. If one-handed use is really important to use, these two phones are definitely worth checking out, as they’re made with that in mind. The iPhone 13 Mini does feel like a more quality phone, though, mainly due to its build materials.

The iPhone 13 Mini features a 5.4-inch fullHD+ (2340 x 1080) Super Retina XDR OLED display. This is a flat display with a 60Hz refresh rate. It does support HDR10 content, and includes Dolby Vision. This panel is protected by “scratch-resistant ceramic glass”, and it gets quite bright at 1,200 nits of peak brightness. 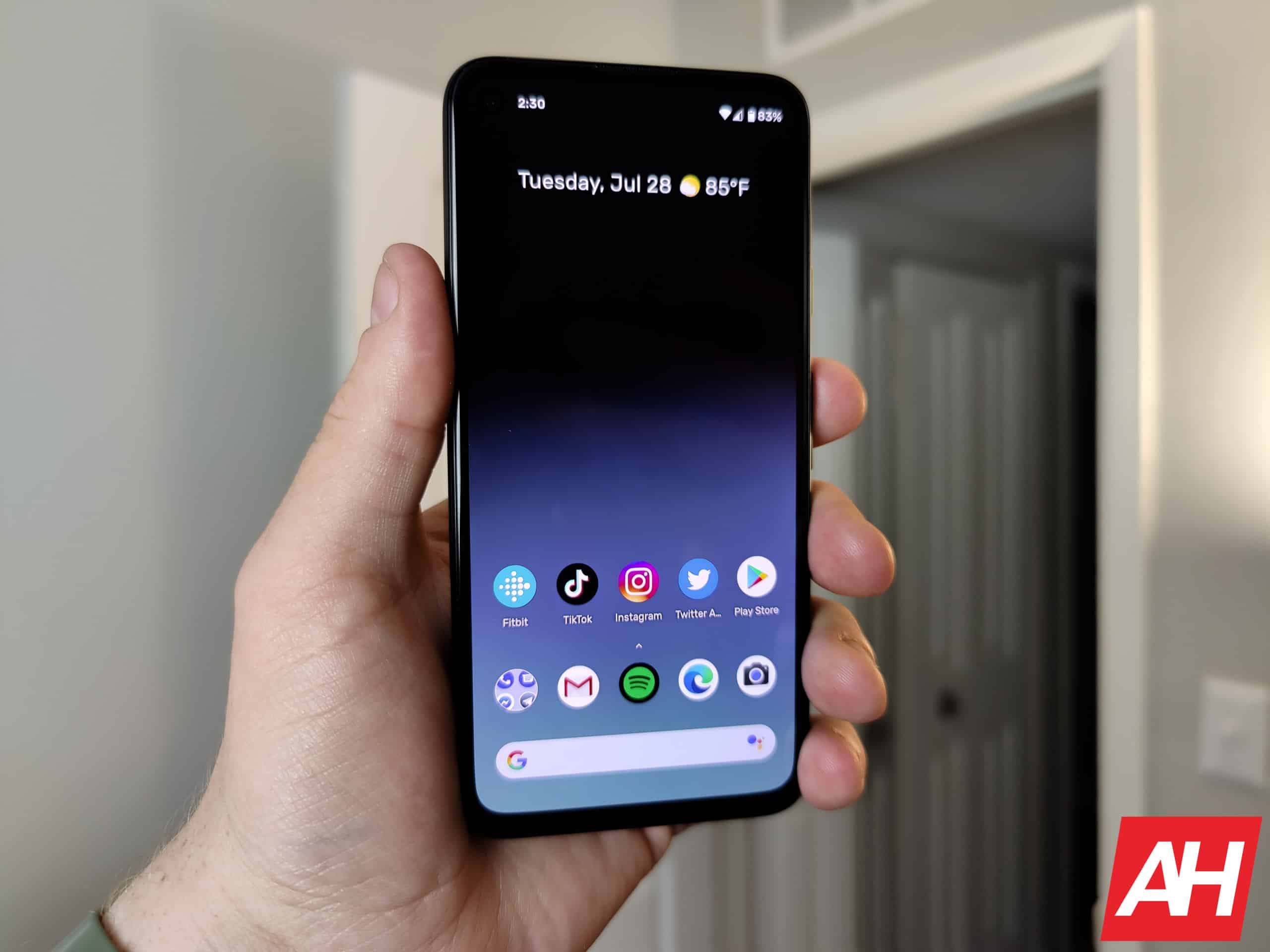 The Pixel 4a, on the other hand, includes a 5.81-inch fullHD+ (2340 x 1080) OLED display. This display is also flat, and it also doesn’t support a high refresh rate, it’s limited to 60Hz. The Gorilla Glass 3 from Corning is included on top of it, to protect it from scratches. This panel does support HDR content.

It is worth noting that the display on the iPhone 13 Mini can get brighter than the one on the Pixel 4a. It does look a bit better in comparison, but not many people will have complaints on either of the two displays. The Pixel 4a’s does seem a bit yellowish in comparison, though, which may bother some of you. They’re both sharp enough, and the viewing angles on both displays are more than good enough.

The iPhone 13 Mini comes with a much more powerful processor. The Apple A15 Bionic is Apple’s new 5nm flagship processor that is included in all its new flagships. The Pixel 4a, on the other hand, comes with the Snapdragon 730G SoC. That is a good mid-range chip, but quite modest in comparison to the A15 Bionic, that’s for sure. The Pixel 4a does offer good performance, but it cannot compete with the iPhone 13 Mini.

You can play the most demanding games on the iPhone 13 Mini without a problem. That chip chews through anything you throw at it, with ease. It’s stellar in everyday tasks as well, and it will stay that way for a long time now, knowing Apple. You can play games on the Pixel 4a as well, without a problem, though the most demanding ones may present slight issues. You won’t be able to play them at the highest settings, and it won’t be as good of an experience. Still, considering the screen sizes on these two phones, you likely won’t be playing that many games.

In regular, everyday performance, the Pixel 4a does really well. You will stumble upon skipped frames from time to time, but the lag is not a part of the equation, basically. The Pixel 4a still performs really well, as it did since launch, basically. So, the bottom line is, the iPhone 13 Mini does offer better performance, but it does cost twice as much, and comes with much more powerful hardware. The Pixel 4a can hold its own in the performance department.

The iPhone 12 Mini offered really poor battery life. Some people had to charge their phones in the early afternoon. The good news is, Apple improved battery life on its successor, by quite a bit, actually. The company included a larger battery here, plus there’s the new SoC and software to consider. The Pixel 4a also offers really good battery life, even though the battery life on the phone is not stellar by any means.

The iPhone 13 Mini comes with a 2,438mAh battery, while the Pixel 4a includes a 3,140mAh battery. Usage from one person to the next varies quite a bit, so talking about screen-on-time doesn’t really make sense. With our usage, though, we’re able to pull out 5.5-6 hours out of the Pixel 4a, with no gaming. The iPhone 13 Mini should provide you with similar results, around 5-5.5 hours of screen on time, depending on how you use it. You can maybe get more with your usage. It is a huge improvement over the iPhone 12 Mini, which is great.

The camera situation here is really interesting. These two phones are really excellent in the camera department, though not the very best around. The Pixel 4a is using quite an old camera sensor that Google has been utilizing since the Pixel 2. That camera sensor is still holding its own in combination with Google’s software. The Pixel 4a can produce very sharp, detailed images, that have excellent color balance, and dynamic range. It even does a great job in low light, with a bit more noise than you’re used to, but that does result in added details. 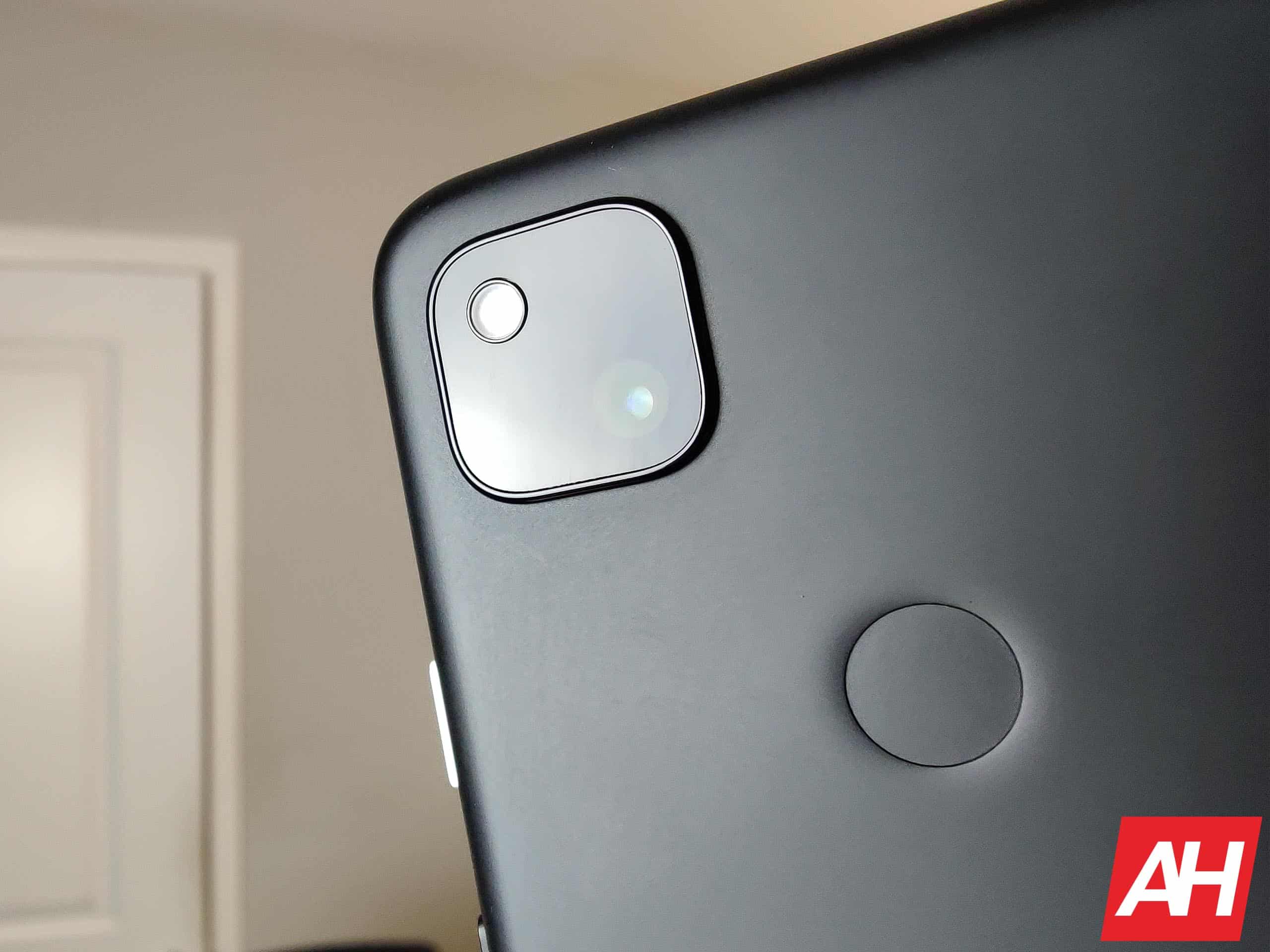 No matter what way you look at it, both phones provide excellent images. The iPhone 13 Mini will do a better job with video recording, though. If you count in the price difference, the Pixel 4a is an incredible competitor in the camera department, well, even without it. You won’t be disappointed with either phone when it comes to camera performance.

Both the iPhone 13 Mini and Pixel 4a include stereo speakers, which is a good thing. Those speakers are good in both phones, but far from the best in the market. That is understandable considering how petite these phones are. Still, chances are you won’t be disappointed, as they do get quite loud, and that stereo effect is nice. They’re also well-balanced, and you should have no issues.

When it comes to a 3.5mm headphone jack, well, only the Pixel 4a offers one. If that’s something you need, the Pixel 4a has you covered. Once you hook up a good pair of headphones to either of the two devices, either wired or wireless, you’ll get an okay sound. Just don’t expect too much, and you’ll be right at home.