Having said that, the OnePlus 9 and 9 Pro are the first two smartphones from the company to include Hasselblad branding on the back. OnePlus partnered up with Hasselblad in order to boost the cameras on the OnePlus 9 series. This time around, it seems like Hasselblad only helped with the color science, but that partnership will delve much deeper into the camera systems with next-gen flagships.

The OnePlus 9 and 9 Pro are both immensely powerful. This time around, they’re even coming with the same RAM and flash storage, in addition to offering the same processor. The “Pro” model does have its advantages, but the difference is not as significant as it was in the last couple of years. In this article, we’ll do our best to provide you with a lot of information about both of these smartphones.

How much does the OnePlus 9 series cost?

The OnePlus 9 starts at $729, while the OnePlus 9 Pro’s pricing starts at $969. Those price tags apply for 8GB RAM variants of each device, and those variants come with 128GB of storage. Each of the two phones is also available with 12GB of RAM and 256GB of internal storage. Price tags for those two models are $829 and $1,069, respectively. 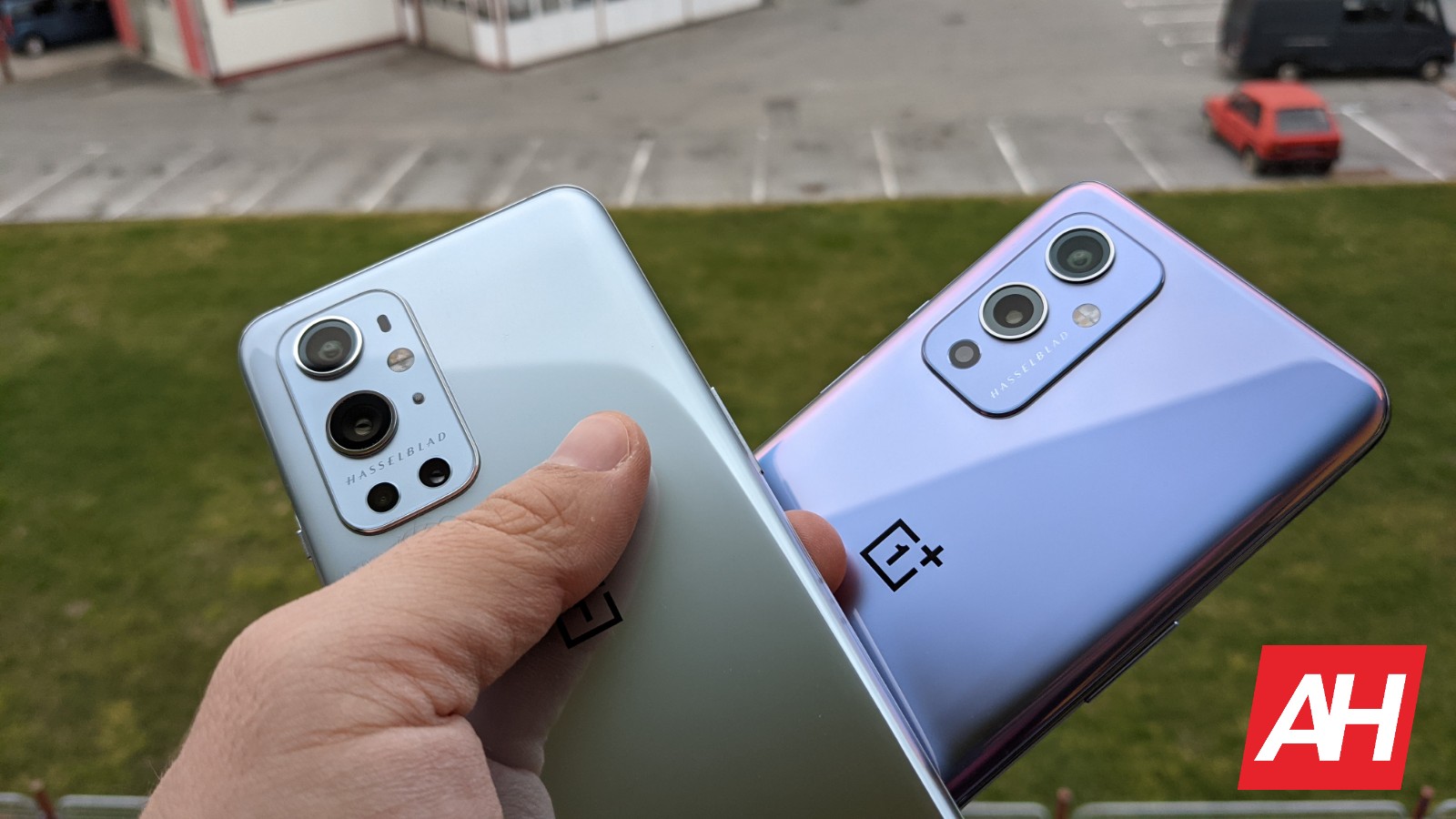 Those of you who are in the loop will notice that the OnePlus 9 series is more expensive than the OnePlus 8 series was at launch. This was to be expected, especially with the Hasselblad being thrown into the mix. The price increase is not all that crazy, though. The most affordable OnePlus 8 variant was priced at $699 at launch, while the OnePlus 8 Pro’s base model cost $899.

In the case of the OnePlus 9, we’re seeing a price increase of $30, while the OnePlus 9 Pro’s base model costs $70 more than its predecessor.

If you want to get either of these two phones in the foreseeable future, waiting probably won’t do you much good. OnePlus does tend to discount its smartphones after a while, but that doesn’t usually happen until we’re well into the current generation of smartphones. So, you can wait, and hope to spot a discount of some sort, but you may wait for a while.

The OnePlus 8 and 8 Pro are discounted quite a bit at this very moment. The OnePlus 8’s 8GB RAM model is priced at $499 ($200 off), while the OnePlus 8 Pro’s 12GB RAM model is priced at $699 ($300 off). It is worth noting that both phones were launched a year ago at this point, so these discounts are expected. OnePlus did start discounting them a couple of months ago, but that didn’t happen soon after they launched last year.

At the moment, we don’t have any information about trade-in offers, at least not from OnePlus. The company may end up offering some once the two devices go on sale, as it did in the past. We’ll update this portion of the article once more information becomes available. That will likely happen on March 26, when the pre-orders start.

If you plan on purchasing the phone from T-Mobile, however, we know for sure that trade-in deals will be available. T-Mobile said that its customers can get half off the OnePlus 9 5G (or $365 off the 9 Pro 5G) when they trade-in an eligible device, or add a new line.

Where can I buy the OnePlus 9 series?

The OnePlus 9 series will become available to pre-order on March 26, while the sales will commence on April 2. The devices will be available directly from the company, and from T-Mobile in the US. A number of retailers will also sell the two devices in the States. Those retailers include Amazon, Best Buy, and B&H. We’ll add the purchase links once the two devices go on sale.

What carriers support the OnePlus 9 series?

T-Mobile will be the US carrier that will sell the OnePlus 9 series. Both smartphones do support 5G connectivity, and both will work with T-Mobile’s 5G network. The company has also confirmed that both phones will work with Verizon and AT&T 4G LTE networks, while we’re not sure about 5G connectivity just yet. If you’re planning to use 5G, getting it from T-Mobile (and using it with the company’s network) is your best bet.

Which carriers will sell the OnePlus 9 series?

The only carrier in the US that will sell the OnePlus 9 series devices is T-Mobile. It seems like Verizon and AT&T don’t plan on selling the OnePlus 9 and 9 Pro, at least not for the time being. 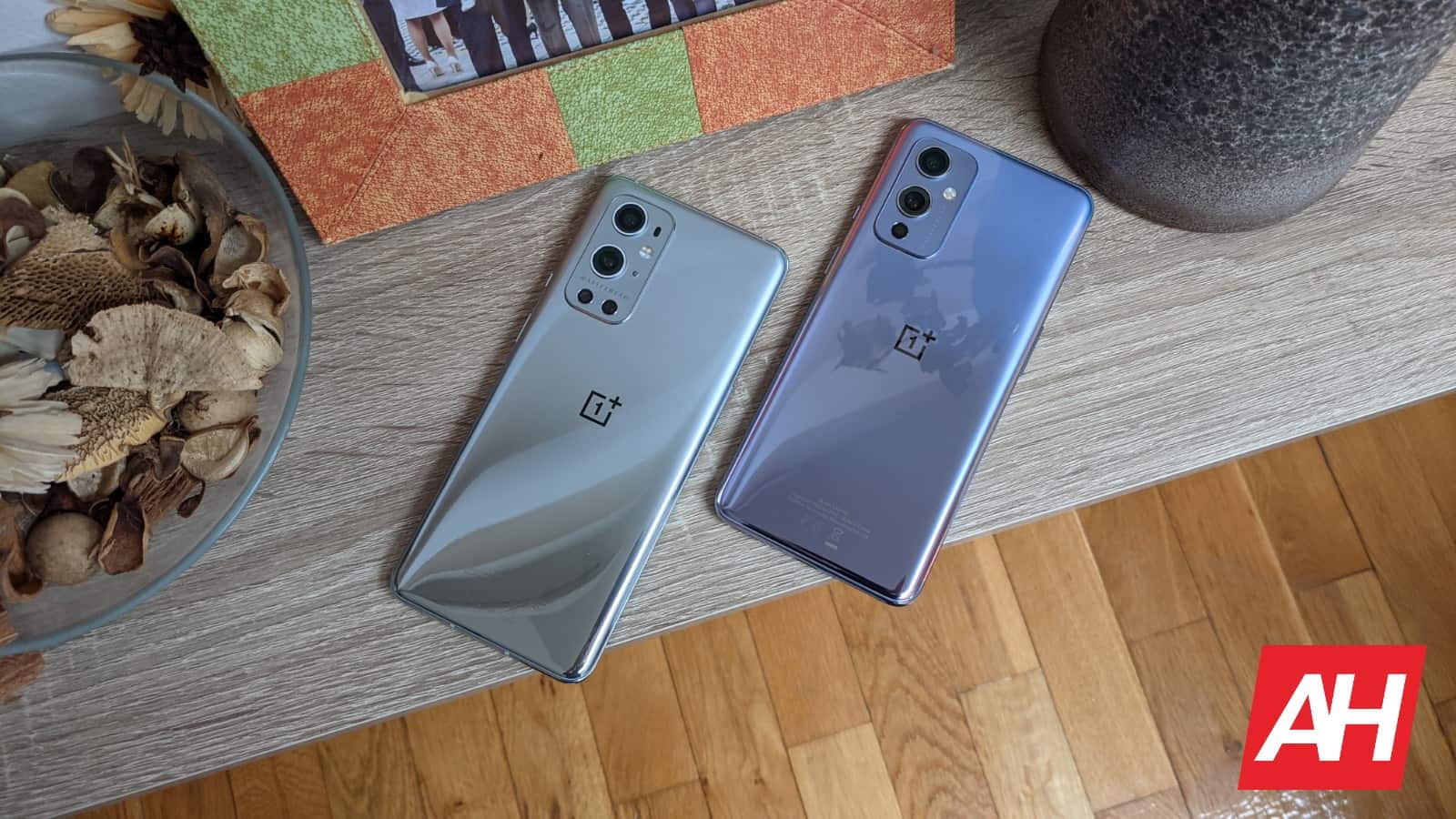 The OnePlus 9 Pro, on the other hand, comes in two color variants in the US. The 8GB RAM variant with 128GB of storage is available in Morning Mist color only. The 12GB RAM model with 256GB of storage comes in both Pine Green and Morning Mist options.

What are the specs of the OnePlus 9 series?

What new features did OnePlus unveil?

The OnePlus 9 series comes with a number of new features, and that goes for both software and hardware. The “Pro” model offers more in that regard, of course, but that was to be expected. Before we begin, do note that we cannot list everything here, of course, but we’ll do our best to highlight the most important changes. 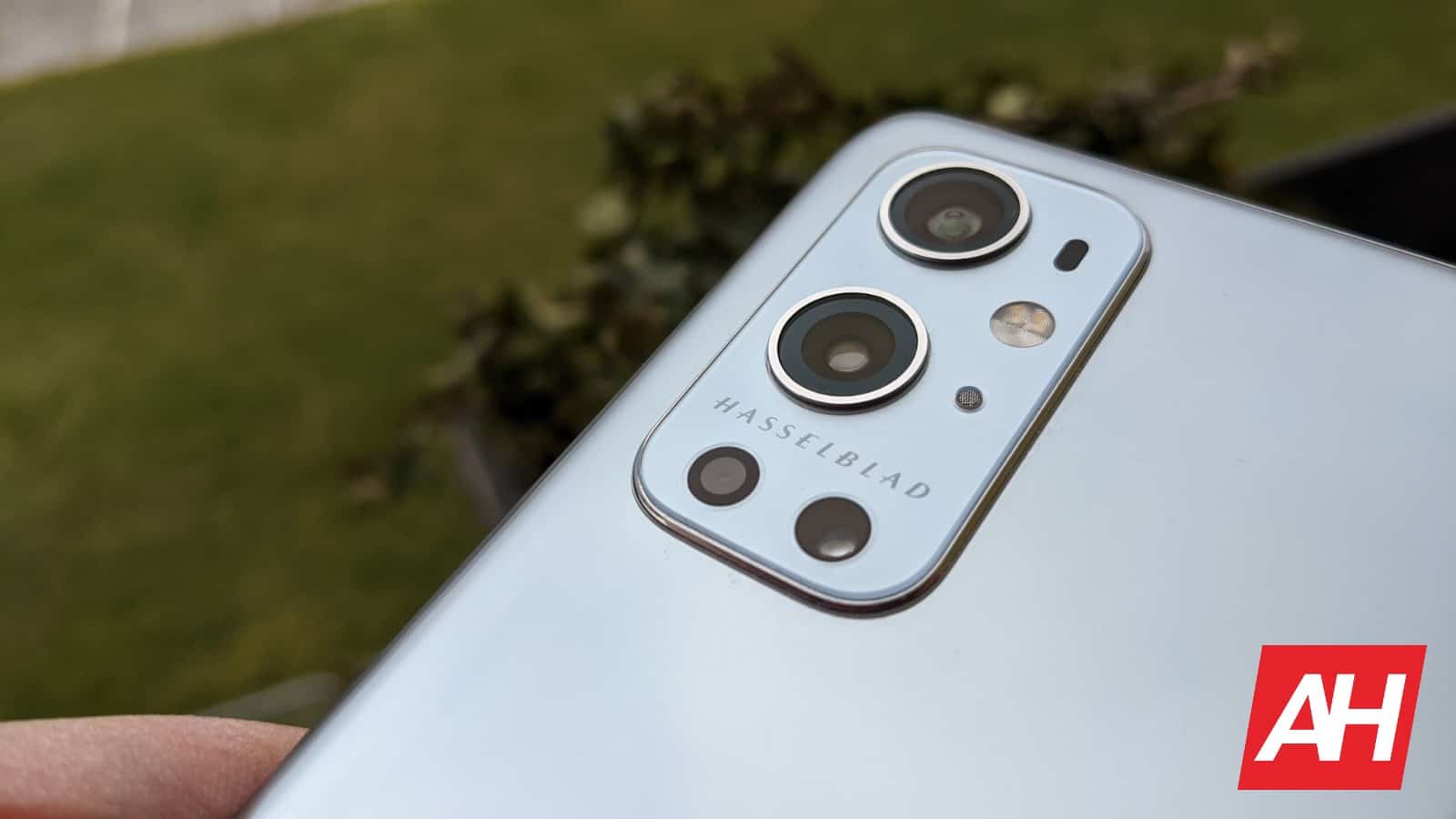 We’ve noticed some improvement in that regard during our initial camera testing, and we do expect things to go much further than that. Hasselblad may have been involved in the color science only thus far, as that is one of its trademarks, but that partnership will likely go much further in the future. The two companies have agreed on a three-year deal, so we do have high expectations for future OnePlus smartphones.

The OnePlus 9 Pro comes with a new custom-designed Sony IMX789 sensor, that gives OnePlus quite a bit of control. That sensor has been co-engineered with Sony, and it’s quite a large sensor (1/1.4”). It has some impressive tech on the inside, including a 2×2 on-chip lens (OCL), 12-bit RAW, dual native ISO, and DOL-HDR. This sensor can autofocus extremely fast, and improves color accuracy on its own as well.

The company also improved things in the ultra-wide department. It is using a 50-megapixel Sony IMX766 sensor in both the OnePlus 9 and 9 Pro. That is a 1/1.56-inch sensor, and we’re looking at a free-form lens here. It uses unique curves to correct incoming light, so it brings distortion at the edge of photos down to around 1-percent. This camera also acts as a macro camera, as it can focus from as close as 4cm away from your subject.

The OnePlus 9 Pro comes with what OnePlus calls Fluid Display 2.0. This is an LTPO panel (Low-Temperature Polycrystalline Oxide), which is the most advanced backplane technology used in OLED displays. In other words, this display can automatically adjust the refresh rate from 1Hz to 120Hz. That should help with battery life quite a bit. This is also a QHD+ panel, and it’s curved, but less curved than the unit on the OnePlus 8 Pro. The OnePlus 9 does not offer an LTPO display, but it still has a 120Hz fullHD+ panel, which is flat.

OnePlus arguably offers the most compelling charging combo in the market. The company’s wired and wireless charging got extremely fast. Both the OnePlus 9 and 9 Pro offers Warp Charge 65T when it comes to wireless charging. This is 65W wired charging, and it can charge up each device from 1 to 100-percent in only 29 minutes. Do note that both phones include 4,500mAh battery packs. 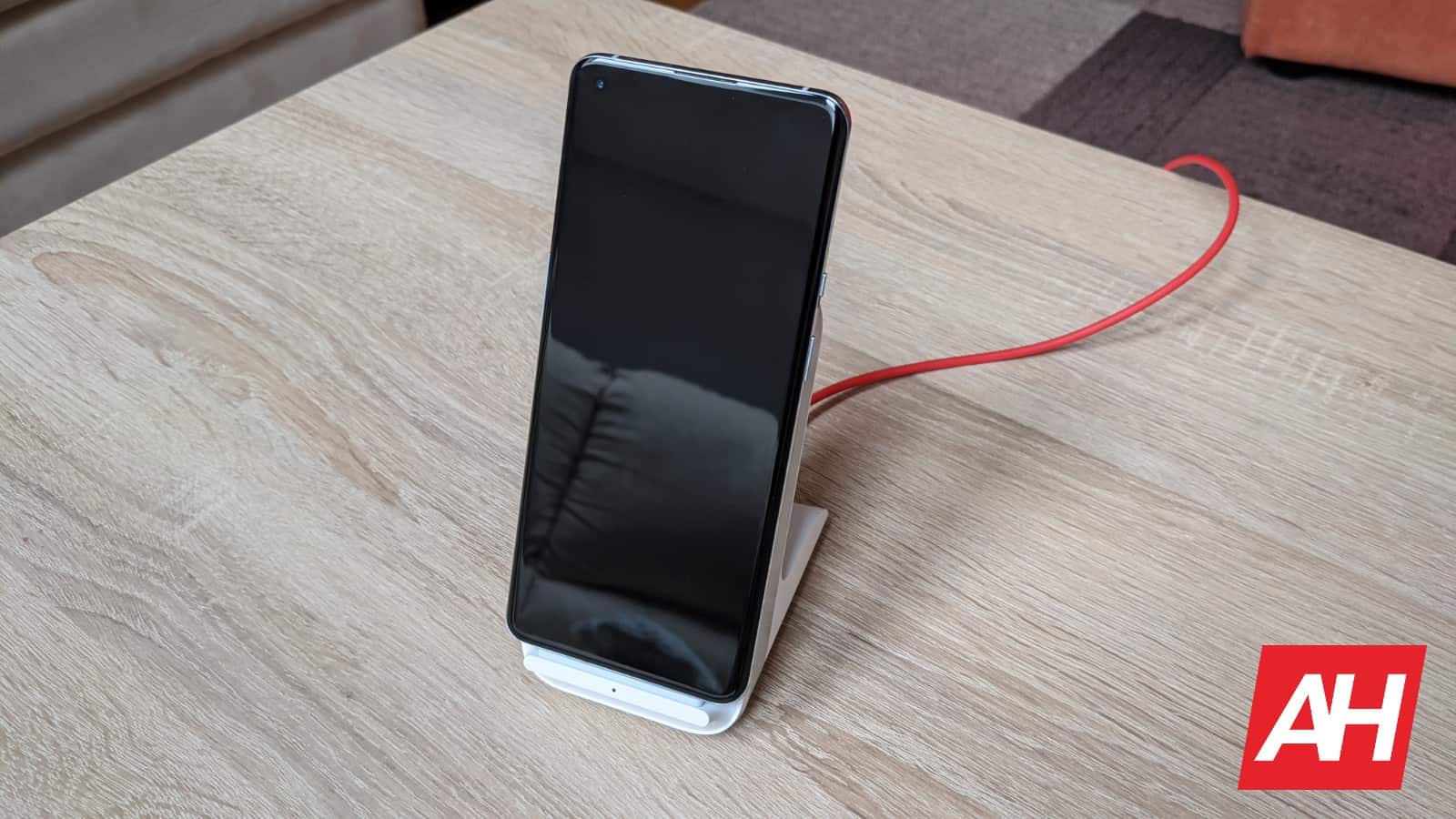 OnePlus is bringing quite a few improvements with OxygenOS 11 to these two smartphones. The new Turbo Boost 3.0 memory optimization enables both phones to keep more than 25-percent more apps open in the background. The company managed to achieve this with the help of RAM compression.

Pro Gaming Mode can utilize the true power of the Snapdragon 888 SoC in order to offer stellar gaming performance. It can also block app notifications, calls, and other distractions, so that you can game in peace. The company’s five-layer gaming-grade cooling system is also here, and much more.

Which OnePlus 9 should I buy?

This is never an easy question, and it always depends on your needs. What you should know, in order to make that decision, is what you prefer. The OnePlus 9 is a lighter and smaller smartphone, with a flat display. You’ll feel the added weight with the OnePlus 9 Pro, though the phone is not as heavy as some of the competition, it’s still lighter than 200 grams.

The OnePlus 9 Pro also has a better display, though truth be said, the difference is not that big at all. The main camera sensor on the “Pro” model is also better, and it does result in somewhat better pictures, though most people would be happy with what the OnePlus 9 offers in that regard as well.

If you need really fast wireless charging, then the “Pro” model is for you. If you don’t need all those benefits, the OnePlus 9 is an excellent alternative. It comes with the same SoC, same ultra-wide camera, same RAM and storage as the “Pro” variant. It’s an extremely powerful smartphone, and it can save you quite a bit of money.