I do believe that the OnePlus 8T is a better buy than the Samsung Galaxy S20 FE, though many of you would probably disagree. Hear me out before you reach, though. In this article, I’ll do my best to explain why I feel this way. Both of these phones were announced quite recently, and the reason why I’m comparing them directly is simply… they’re similarly-priced, and both are aiming to be affordable flagships, in a way. Both of these phones are considerably cheaper than the most premium flagships out there, and that will probably make them appealing to quite a few people. Despite the fact they’re more affordable, you’re not really losing out on much. That’s a story for a different day, though, as we’ll focus on these two phones in this article.

So, from my point of view, every phone has its advantages and disadvantages, and those are the easiest to see if you compare a specific device to another phone. Well, this isn’t exactly a comparison article, so I’ll structure it a bit differently. I’ll give out my reasons why I think the OnePlus 8T is a better buy than the Galaxy S20 FE, each of them will come as a separate section of the article. That being said, let’s get started.

Even though it may seem like both of these phones are made out of metal and glass at first, that’s not the case. The Galaxy S20 FE does feature an aluminum frame, and glass on top of its display, but its back is made out of plastic. Samsung opted to use plastic on the back of this phone, similar to what it did with the Galaxy Note 20. OnePlus, on the other hand, opted for Gorilla Glass 5 on the back of the OnePlus 8T. Plastic is not bad, per se, but it’s considered to be a lower-grade material than glass. Samsung is calling the Galaxy S20 FE backplate ‘glasstic’, but it’s plastic no matter the way you spin it. 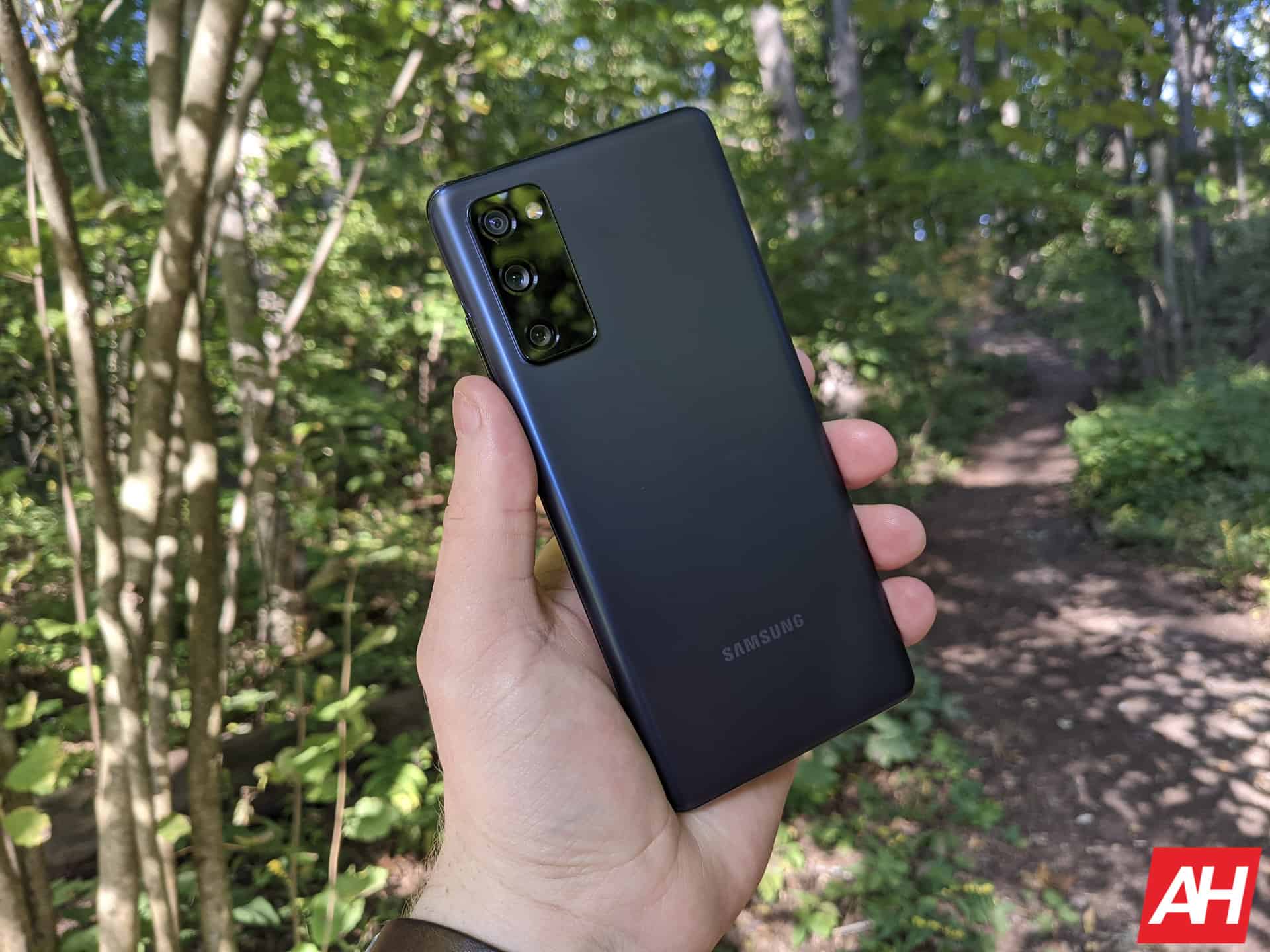 This is not exactly your fancy plastic, or anything like that, and it does scratches more easily than glass. That’s not surprising, but it may be an issue if you use your phones without a case. Scratching up plastic is not a problem, as we’ve found out on a number of occasions. Gorilla Glass 5, on the flip side, is much more difficult to scratch up. Placing it on surfaces repeatedly may become an issue for the Galaxy S20 FE in terms of scratches, even if you’re being careful about it. Therefore, the OnePlus 8T may be a better option of the two. Both phones are quite sturdy, though, and feel really well-made.

You get more RAM with the OnePlus 8T

The Samsung Galaxy S20 FE does ship with less RAM than the OnePlus 8T. Truth be said, the Galaxy S20 FE does include faster RAM, though. Samsung’s smartphone comes with 6GB of LPDDR5 RAM, while the OnePlus 8T offers 8GB / 12GB of LPDDR4X RAM. Now, I’d argue that more LPDDR4X RAM trumps less LPDDR5 RAM, but that’s just me. In terms of initial performance testing, both phones are blazing fast. RAM was not an issue on either phone. 6GB of RAM may become an issue down the road, though, that’s what I’m afraid of. So if you’re planning to keep the Galaxy S20 FE for a long time, and use it for RAM-intensive tasks, keep that in mind.

In terms of storage, well, both use UFS 3.1 flash storage, while some phones are still stuck on UFS 2.1. This is a considerable advantage for both phones performance-wise, and is, in a way, future-proofing both of them. I’m glad to see that both OEMs decided to go with such fast flash storage. For comparison’s sake, Google paired LPDDR4X with UFS 2.1 on every single one of its new Pixel phones. That goes for the Pixel 4a, 4a 5G, and 5. The company was kind of limited in that regard because of the SoCs it used in those phones, but still… it’s something worth noting for comparison’s sake.

It offers much faster charging, and includes maxed-out charger in the box

The OnePlus 8T does not only offer faster charging in general, but it includes an appropriate charger in the box. The OnePlus 8T supports 65W fast wired charging, and it includes a 65W charger in the box. The Galaxy S20 FE, on the other hand, supports 25W charging, but a 25W charger is not included. Samsung ships a 15W charger with the Galaxy S20 FE, which is simply not something companies should do. If the phone offers 25W charging, then include an appropriate adapter for that. 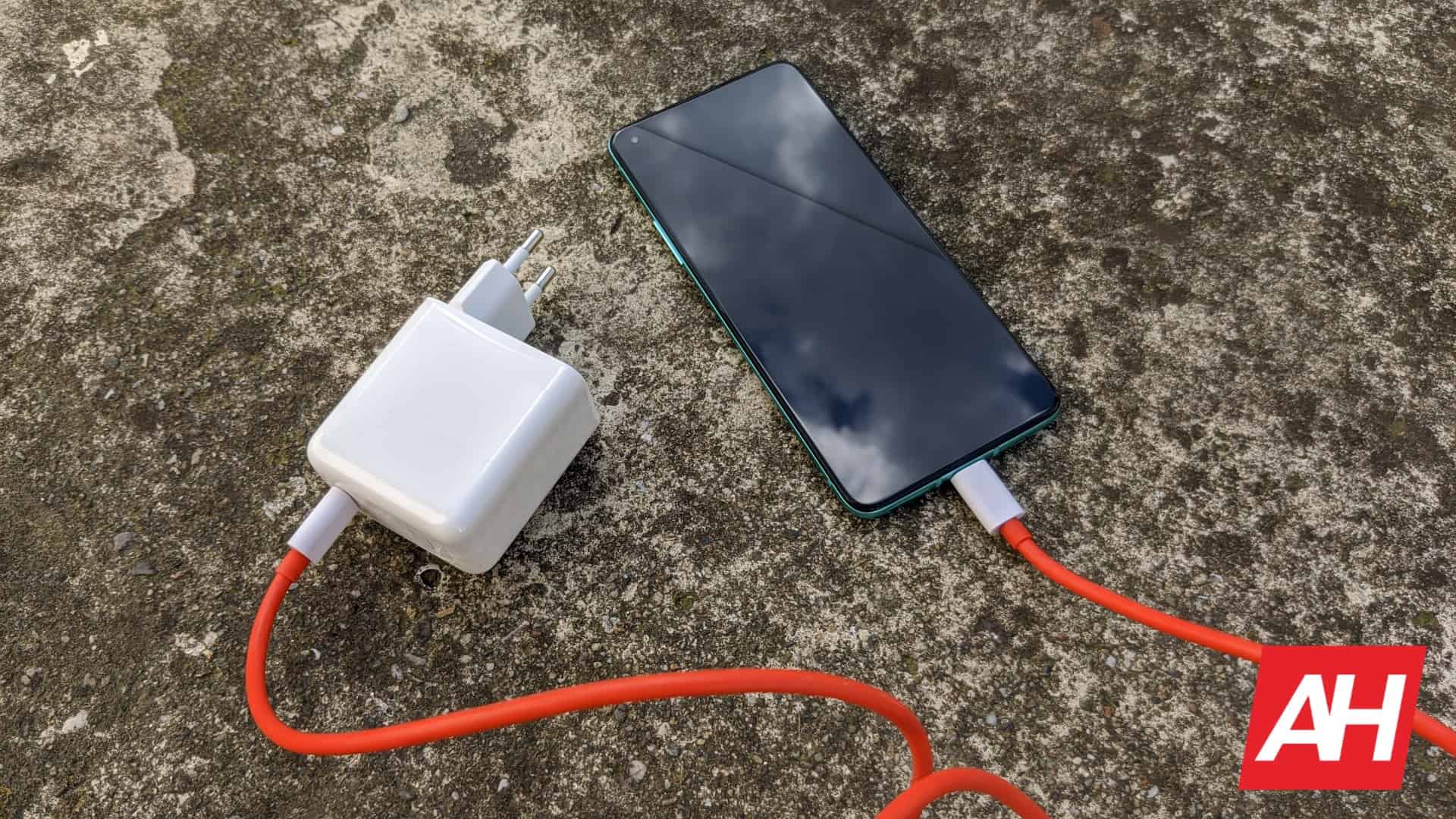 The battery will last longer between charges

These two phones have the same battery capacity, almost identical display size, same resolution, and same refresh rate. Both are also equipped with the same processor, and we’re looking at OLED displays here. So, they should offer similar battery life, right? Well, kind of, but they do not. The OnePlus 8T offers more in the battery longevity department, at least based on our tests. The OnePlus 8T was constantly getting over the 7 and a half hour mark, while I was purposely pushing the device, during the review period.

The Galaxy S20 FE, on the flip side, was getting 5 to 5 and a half hours of screen-on-time on most days. At least that was the case with the unit my colleague was testing. That being said, this is quite a difference. Our usage patterns are different, that’s for sure, but this is a huge difference. This could change drastically based on upcoming updates for both smartphones, but for the time being, the OnePlus 8T does have an advantage. If you’re worried about battery life, and don’t care about wireless charging, the OnePlus 8T is probably a better option.

OxygenOS is excellent, and updated quite often

Samsung has come a long way when it comes to software. The company’s One UI is far cry from the days of TouchWiz, that’s for sure. Still, I personally do think that OxygenOS is better in comparison. OxygenOS has been regarded to be one of the best Android skins ever since it first launched. Android 11-based OxygenOS 11 that comes pre-installed on the OnePlus 8T did teak a step back from stock Android, but it didn’t stray too far. OnePlus even incorporated some One UI-inspired design cues for one-hand usage. 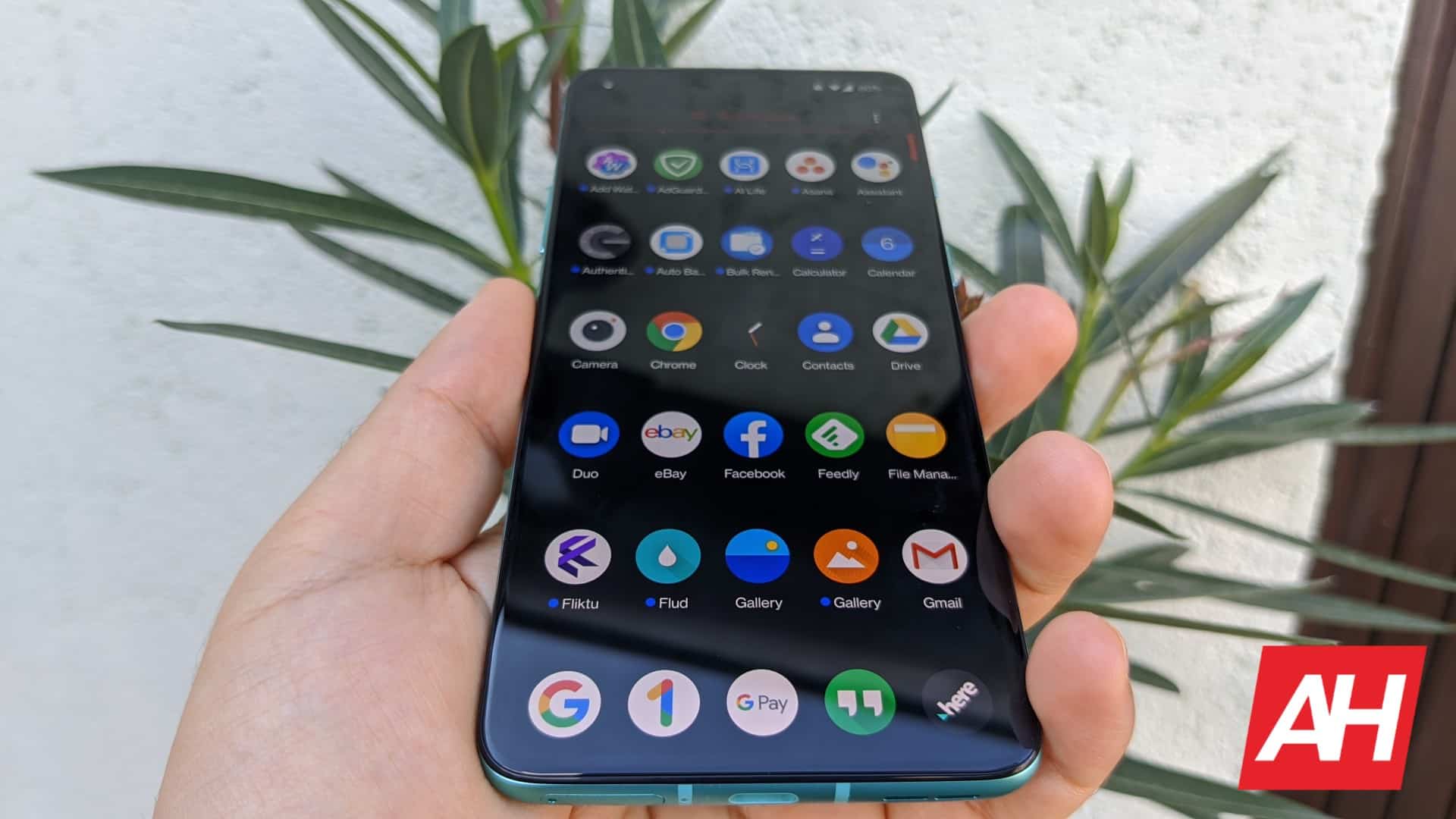 Samsung tends to ship a ton of bloatware with its UI still. There are a ton of services and apps that you will never use, and some of them are still completely unnecessary if you ask me. Samsung basically created its own ecosystem with its Android skin, and that’s perfectly fine, but that’s one of the main reasons I do believe there are better offerings out there. OxygenOS doesn’t beat around the bush, and it mostly offers what you need, including some really useful features… but it doesn’t have a whole separate security suite, and many other, non-essential software additions.

In terms of performance, both builds are really good, and they make the two phones perform really well. Another reason why I’d choose the OnePlus 8T in terms of software is the fact it ships with Android 11 out of the box, while the Galaxy S20 FE is stuck with Android 10. OnePlus also has a tendency to release new updates faster than Samsung, so… yeah. All in all, I do believe OxygenOS is the way to go… your opinion may be different, of course.

The OnePlus 8T is more affordable than the Galaxy S20 FE