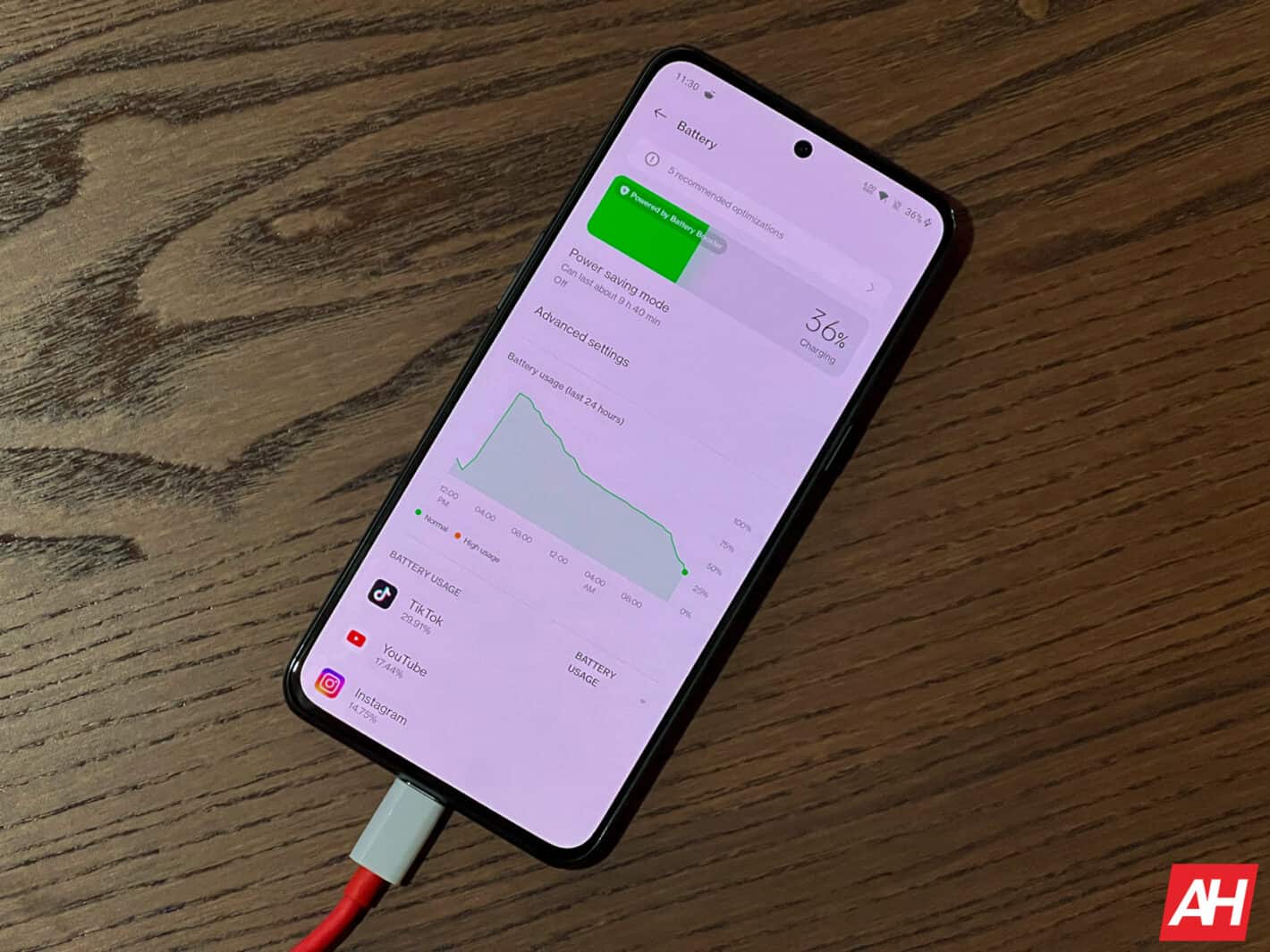 The brand new OnePlus 10T boasts a major change in charging speed compared to the 10 Pro that was announced back in April. Just how fast? It’s rated at 150W. Meanwhile the OnePlus 10 Pro was only 80W.

In the US, it’ll be limited to 125W for charging. And this comes down to the electricity in the US. Most US outlets are 110V or 120V, whereas most of the rest of the world does 220V or 240V outlets. Which can handle the faster 150W charging. So keep things safe, OnePlus is limiting the 10T to only 125W in the US.

According to OnePlus, you should be able to charge from 1% to 100% in right about 20 minutes.

It’ll be a tad faster in Europe and India, but not by much. That’s still pretty impressive for a smartphone, to basically get a full charge in less than 20 minutes. Considering a lot of other phones still require at least an hour to fully charge. This is going to make it so much easier to top up your phone before heading out for the evening, if needed.

There’s no wireless charging on the OnePlus 10T, so you’re only option is to charge via the charger that is included in the box.

Speaking of that charger, OnePlus is including a 160W charger in the box with every 10T purchase. Even though it won’t charge at 160W anywhere in the world. This is to ensure you will always get the max speed. It’s also important to note that, it’s the same charger in the US, Europe and India. So if you head overseas with your OnePlus 10T, you can bring your charger and get the faster 150W charging too. Which is definitely a great thing to have included here.