Skip to content
Advertisement
Trusted By Millions
Independent, Expert Android News You Can Trust, Since 2010
Publishing More Android Than Anyone Else
36
Today
232
This Week
232
This Month
5504
This Year
123052
All Time
Advertisement 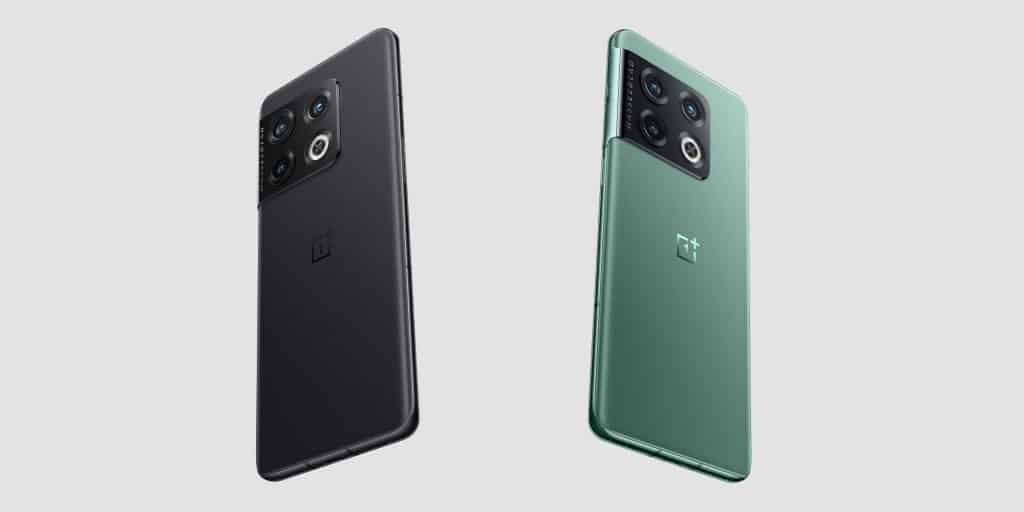 UPDATE: The global model is now out as well. The specs are pretty much the same, except it comes with global Android 12 with OxygenOS 12, different RAM and storage combo, and the model in the US includes 65W wired charging instead of 80W charging.

ORIGINAL ARTICLE: The OnePlus 10 Pro got announced in China today. We already talked about the phone in our original announcement, and are here to talk about its specs. So if you’d like to take a closer look at the OnePlus 10 Pro specifications, read on.

This smartphone is fueled by one of the most powerful mobile processors on the market at the moment, the Snapdragon 8 Gen 1. This is Qualcomm’s brand new flagship processor.

That chip is paired with either 8GB or 12GB of LPDDR5 RAM, and either 128GB or 256GB of UFS 3.1 flash storage (8GB RAM + 128GB storage in the US). Just to be clear, the 8GB RAM model comes in both storage options, while the 12GB RAM model includes 256GB of storage. You cannot expand that storage, by the way.

OnePlus included a 6.7-inch QHD+ (3216 x 1440, 525 PPI) display here. This is a curved Fluid AMOLED display with second-gen LTPO calibration. Its refresh rate goes from 1Hz all the way up to 120Hz. There is a hole punch in the top-left corner of this panel. This panel is protected by the Gorilla Glass Victus.

It has a large battery, and supports 80W wired & 50W wireless charging

You can fully recharge the OnePlus 10 Pro in only 32 minutes with this wired charging. If you opt to charge it wirelessly at 50W, with OnePlus’ charger, you can get it from 1 to 100-percent in only 47 minutes. 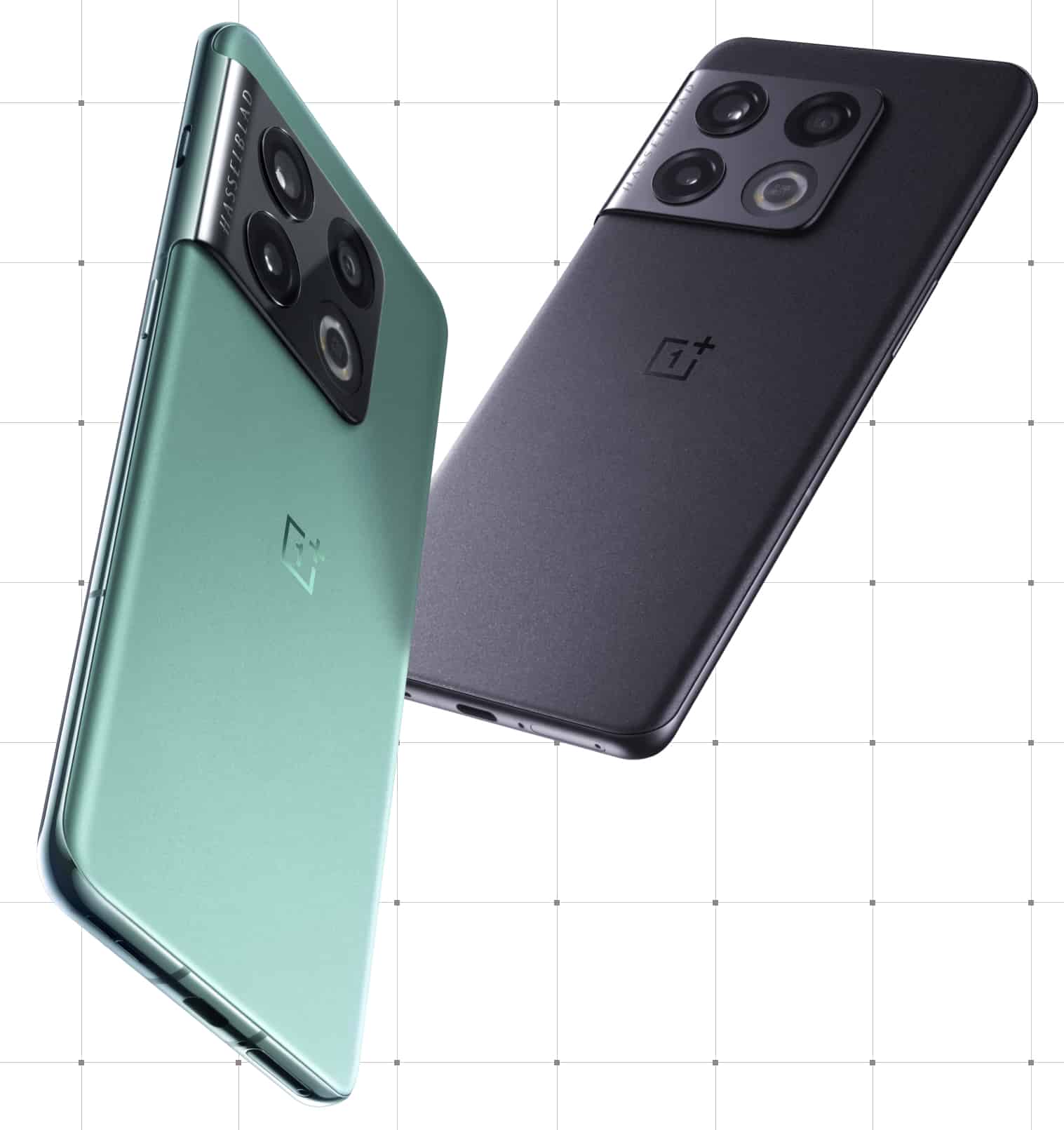 The phone is IP68 certified for water and dust resistance, by the way. It does support Bluetooth 5.2, and has an NFC chip. There are stereo speakers included here, and an alert slider as well. At the bottom, you’ll notice a Type-C USB 3.1 port. This phone also has an in-display fingerprint scanner of an optical variety, just like its predecessor.

There are three cameras on the back with Hasselblad branding

The phone is not too wide, but it’s quite tall

The device measures 163 x 73.9 x 8.55mm, while it weighs 197 grams. That goes for both variants, as both are made out of metal and glass, even though it seemed like OnePlus will use a different material on the back of the Volcanic Black variant of the phone. 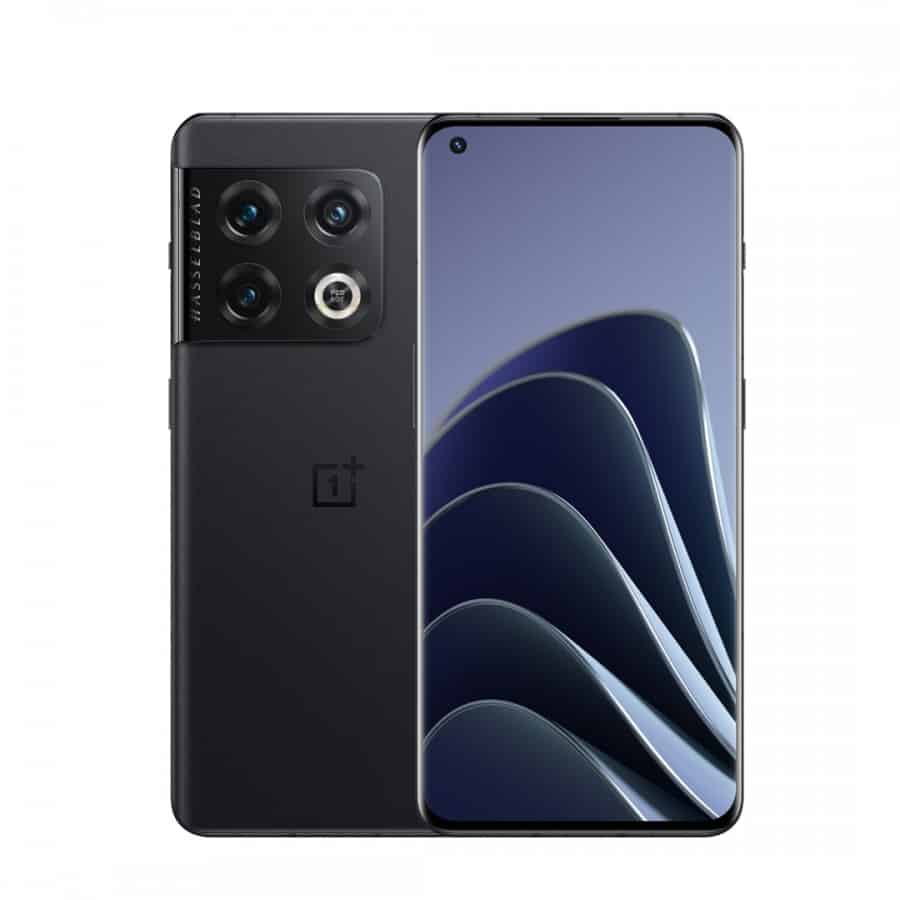 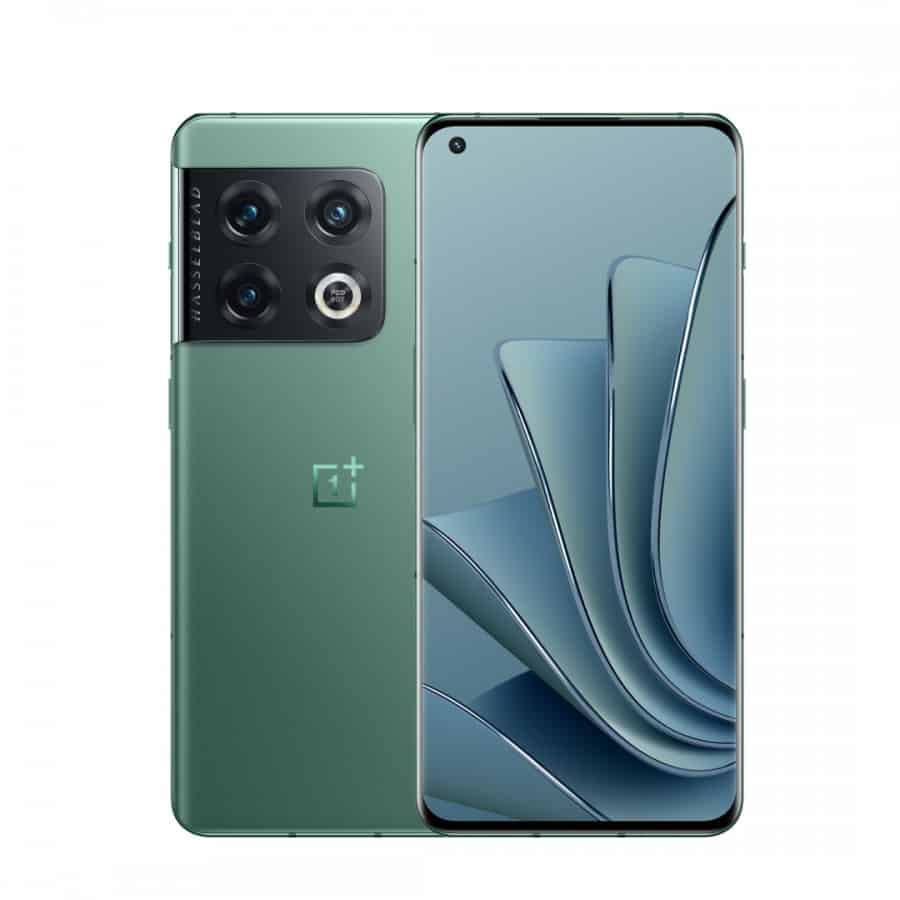 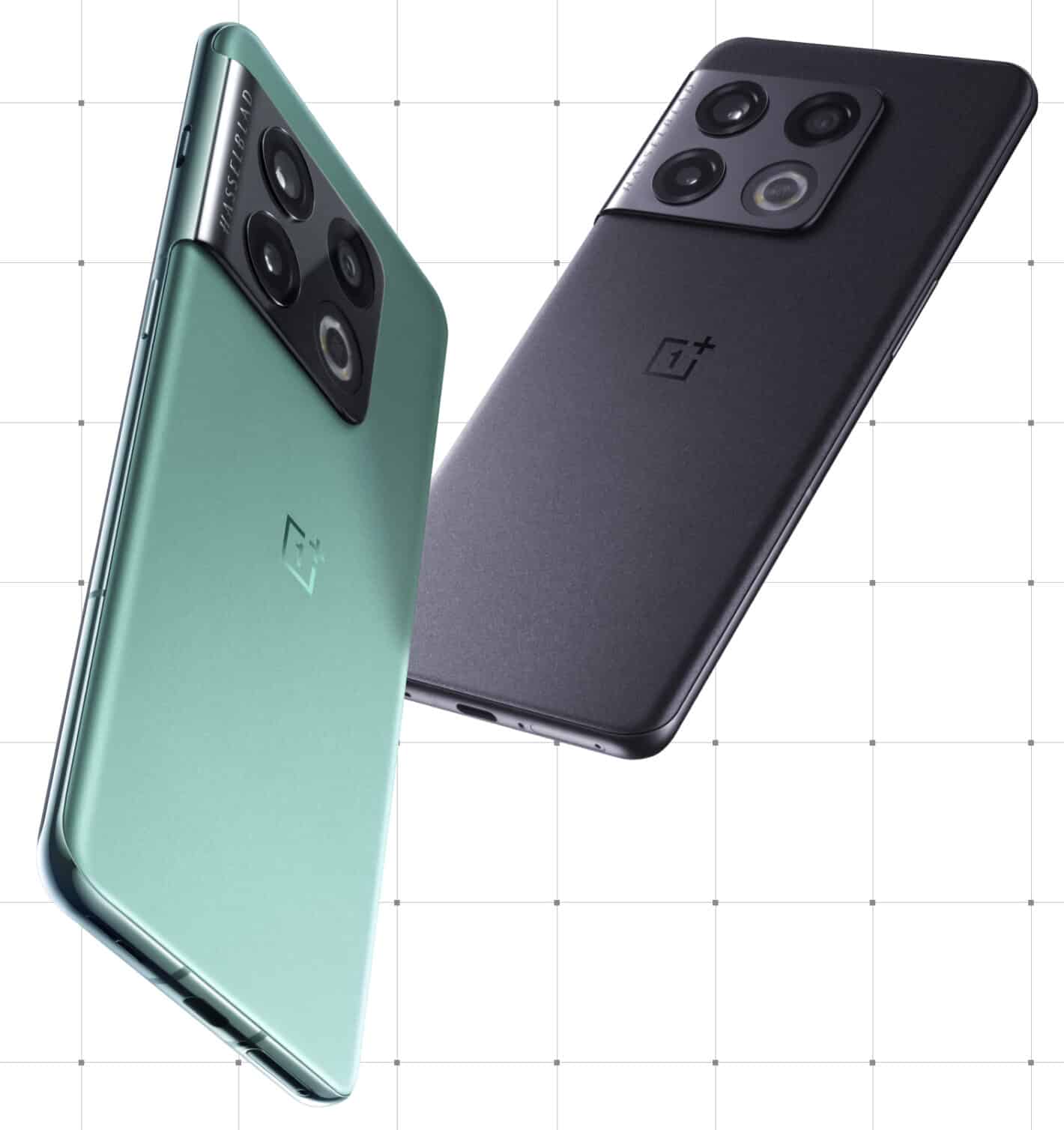 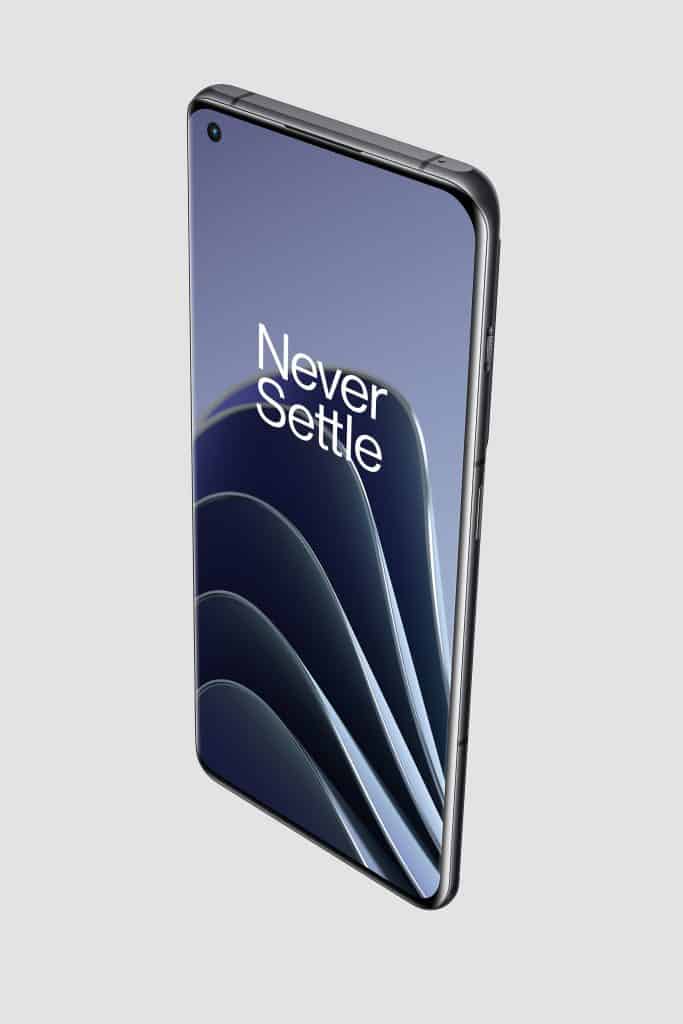 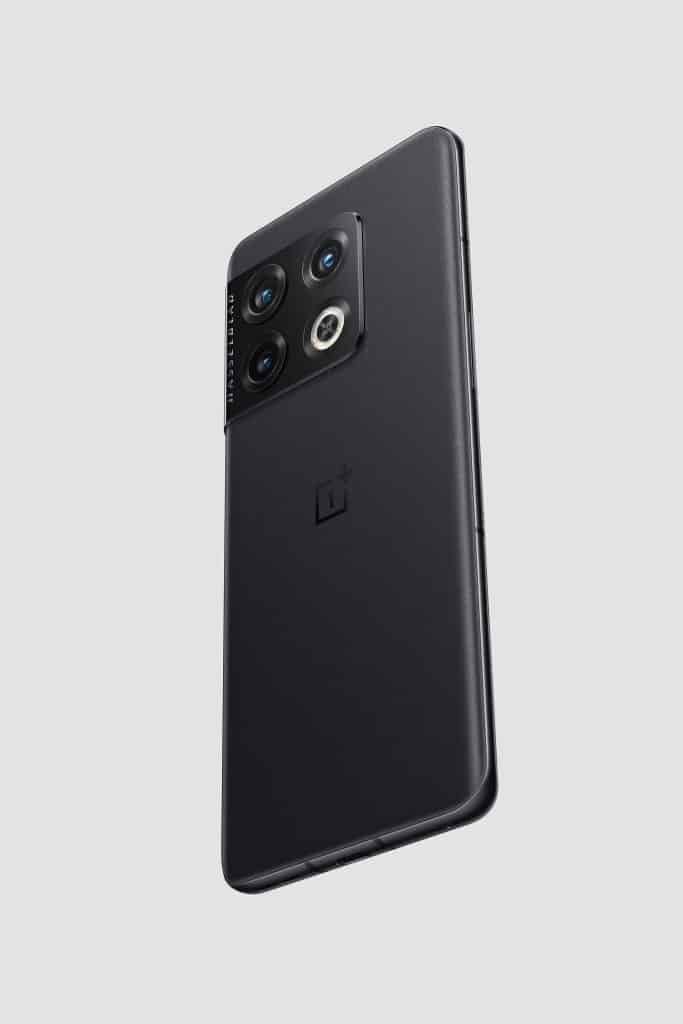 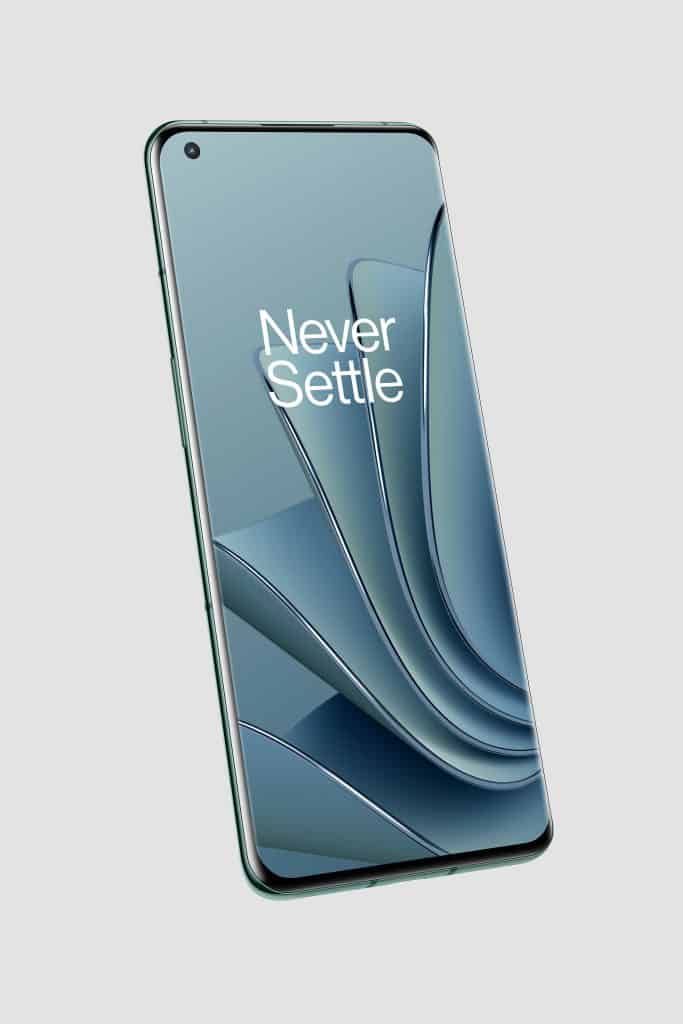 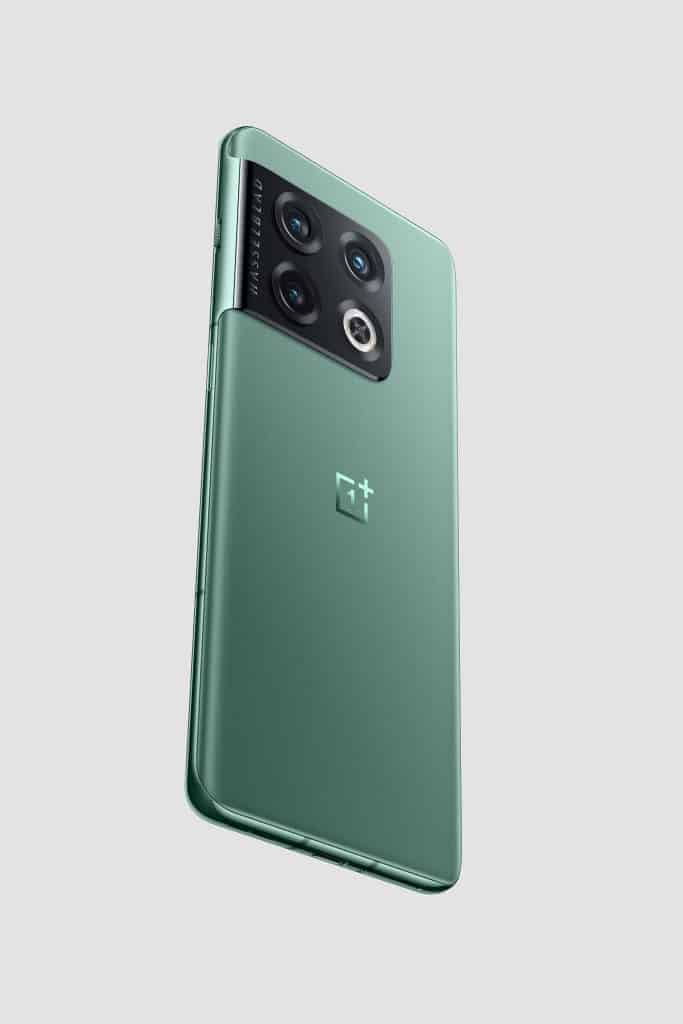 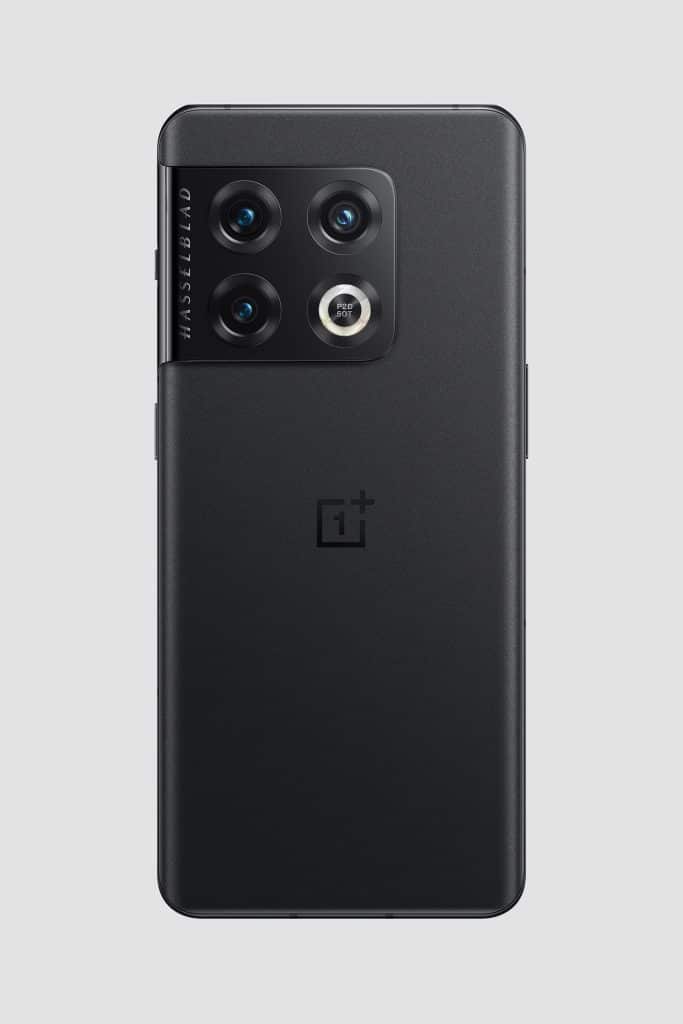 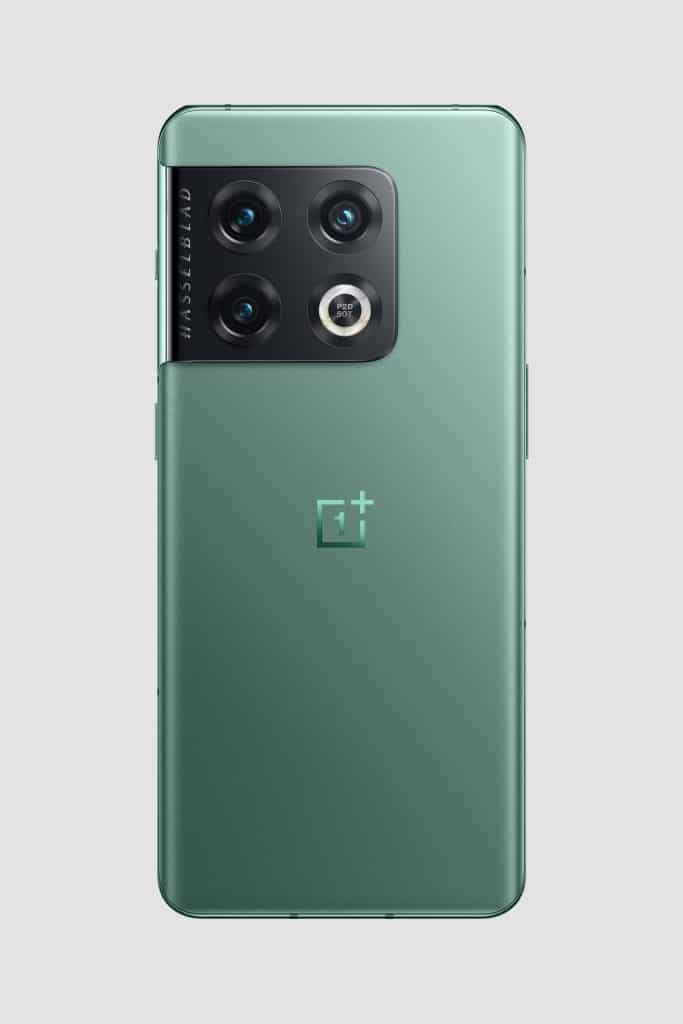 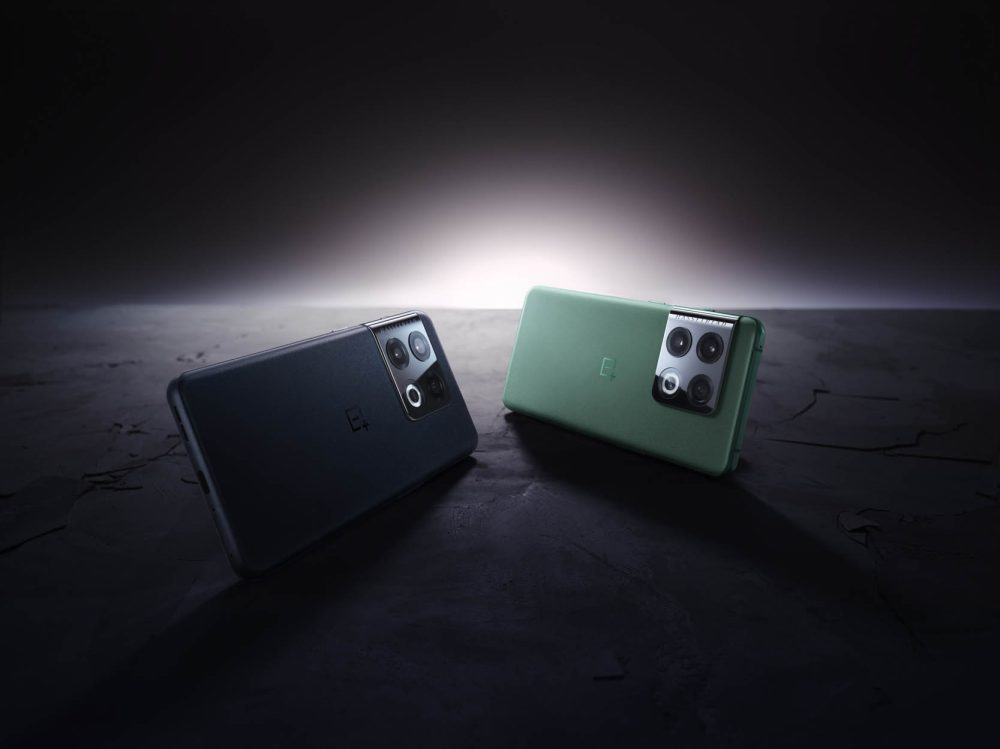 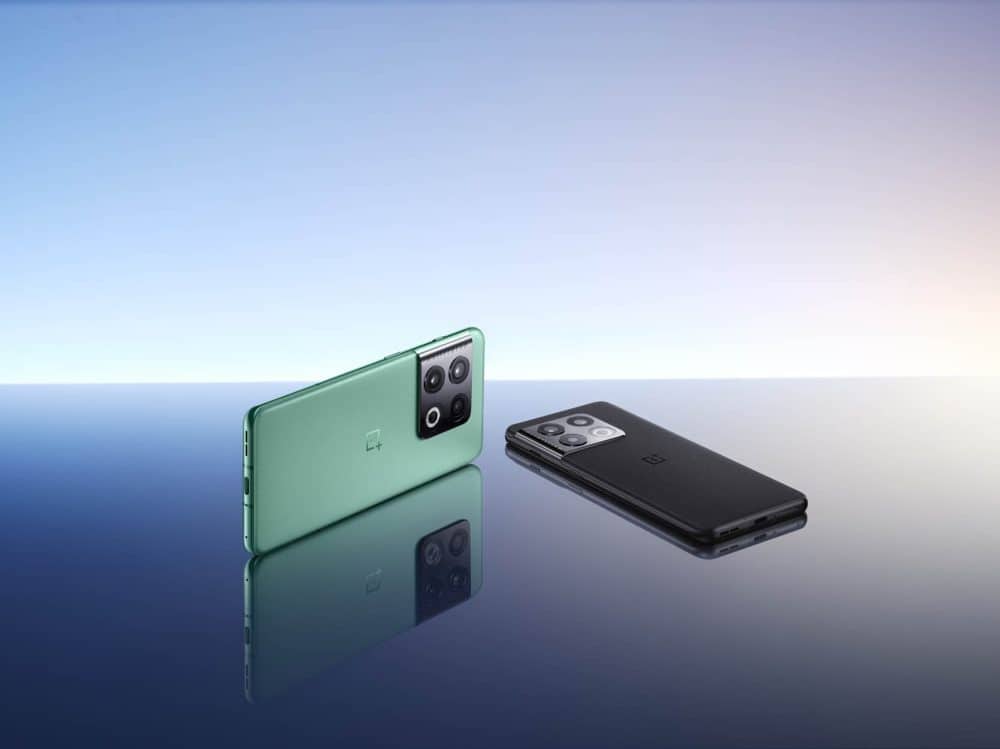 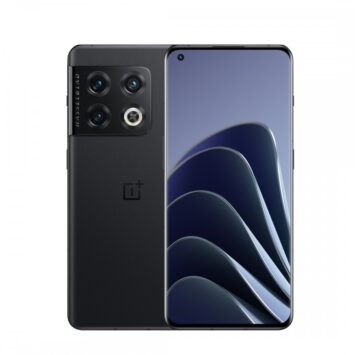 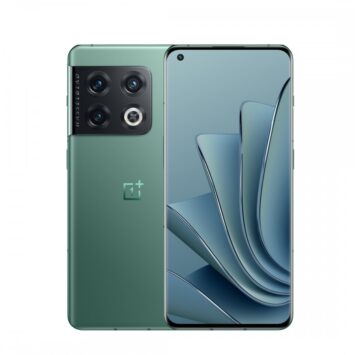 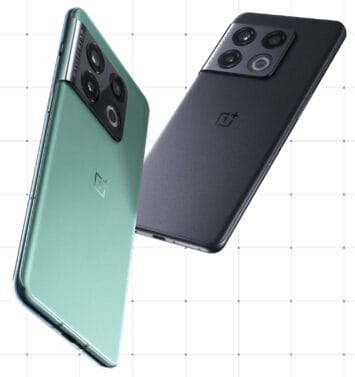 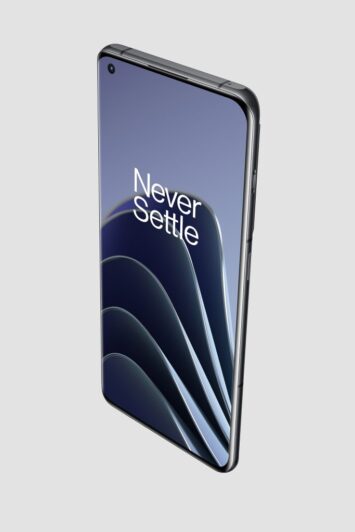 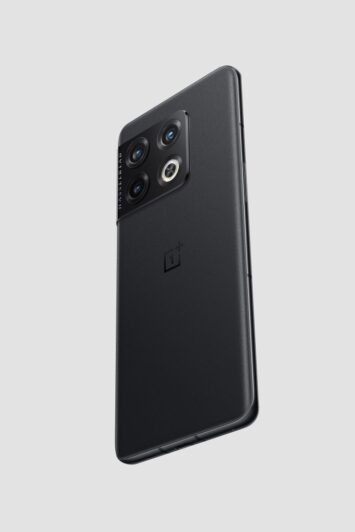 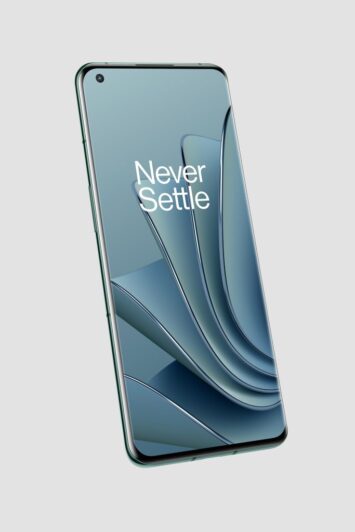 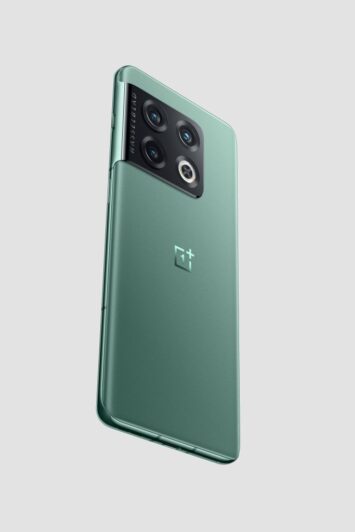 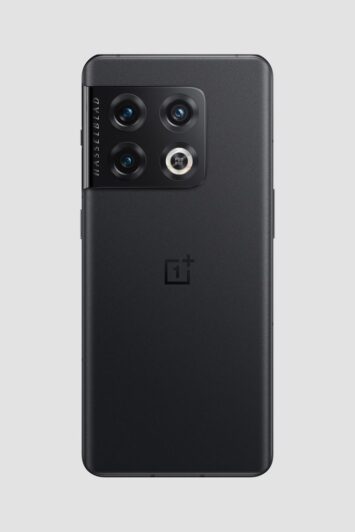 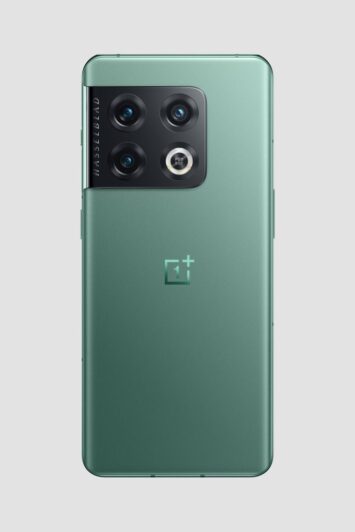 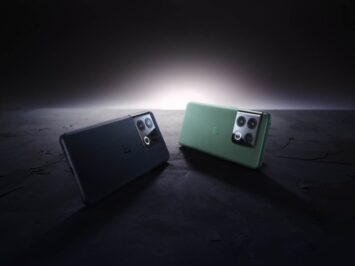 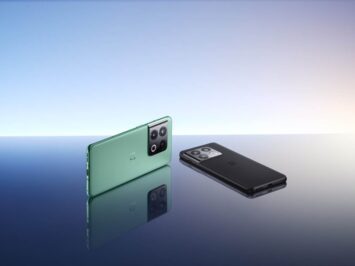 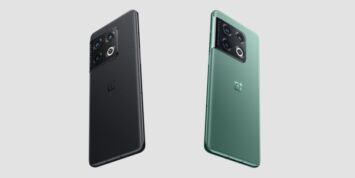