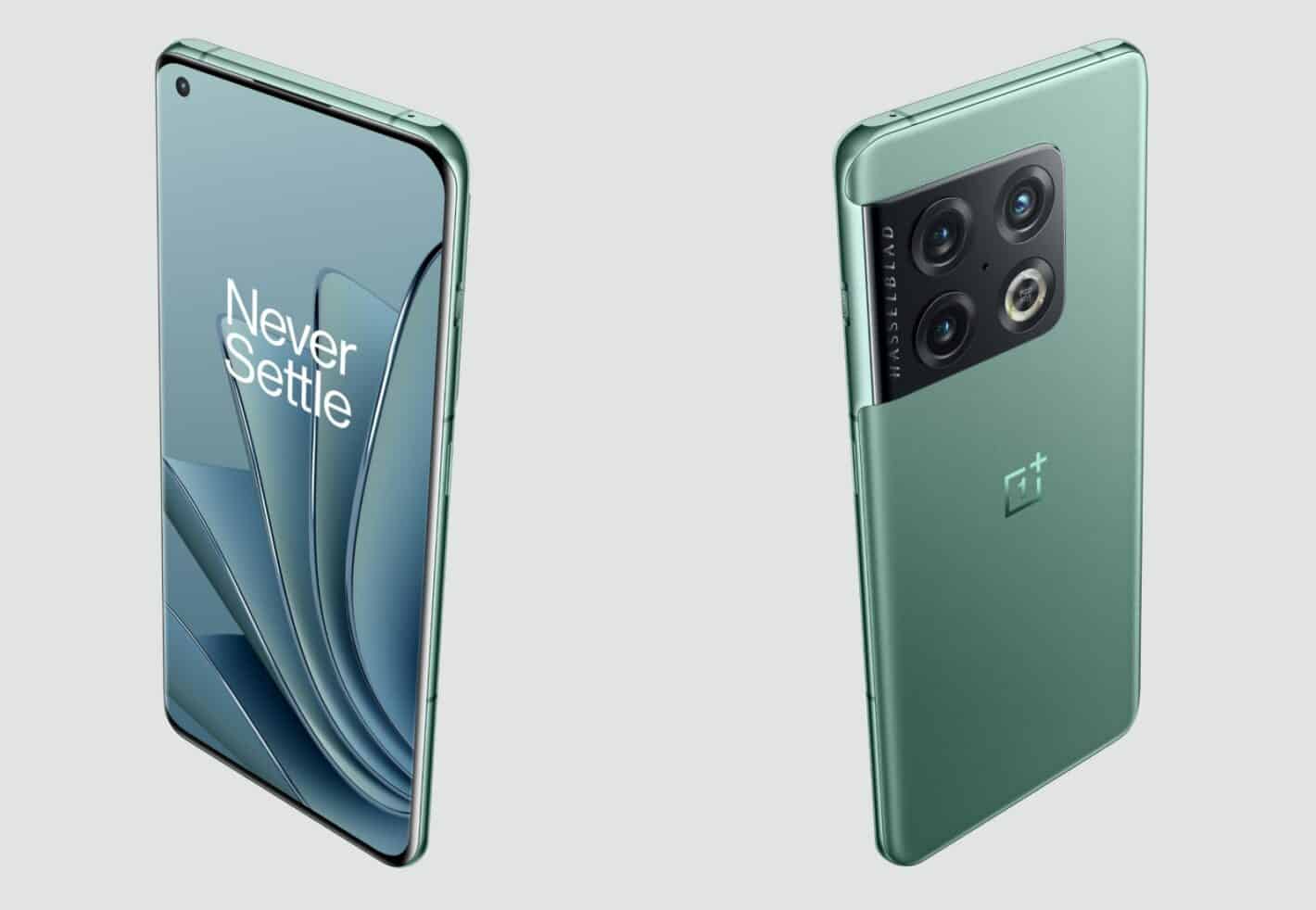 The OnePlus 10 Pro initially launched in China on January 11, while the global launch followed on March 31. OnePlus opted to announce only one flagship this time around, the regular OnePlus 10 was not introduced, at all. There are some rumors that the OnePlus 10 Ultra is coming later this year, though. For now, however, OnePlus is putting all of its flagship hopes into the OnePlus 10 Pro.

The global variant of the device is quite similar to the Chinese one. It looks basically the same, while the internals are quite similar. One interesting change for North America is a decrease in charging speed compared to other markets. The global model also comes with global software, of course. In this article, we’ll try to provide you with a ton of information about the OnePlus 10 Pro, and hopefully give you enough information to decide whether you’d like to purchase it or not. Do note that we’ll focus on the US model here.

How much does the OnePlus 10 Pro cost?

The OnePlus 10 Pro surprisingly comes in only one RAM and storage option, in the US. You can only get an 8GB RAM model of the device with 128GB of storage. OnePlus, for some reason, decided not to offer the 12GB RAM model, nor offer more storage to its consumers in the states. The 12GB RAM variant with 256GB of storage will come at a later date. 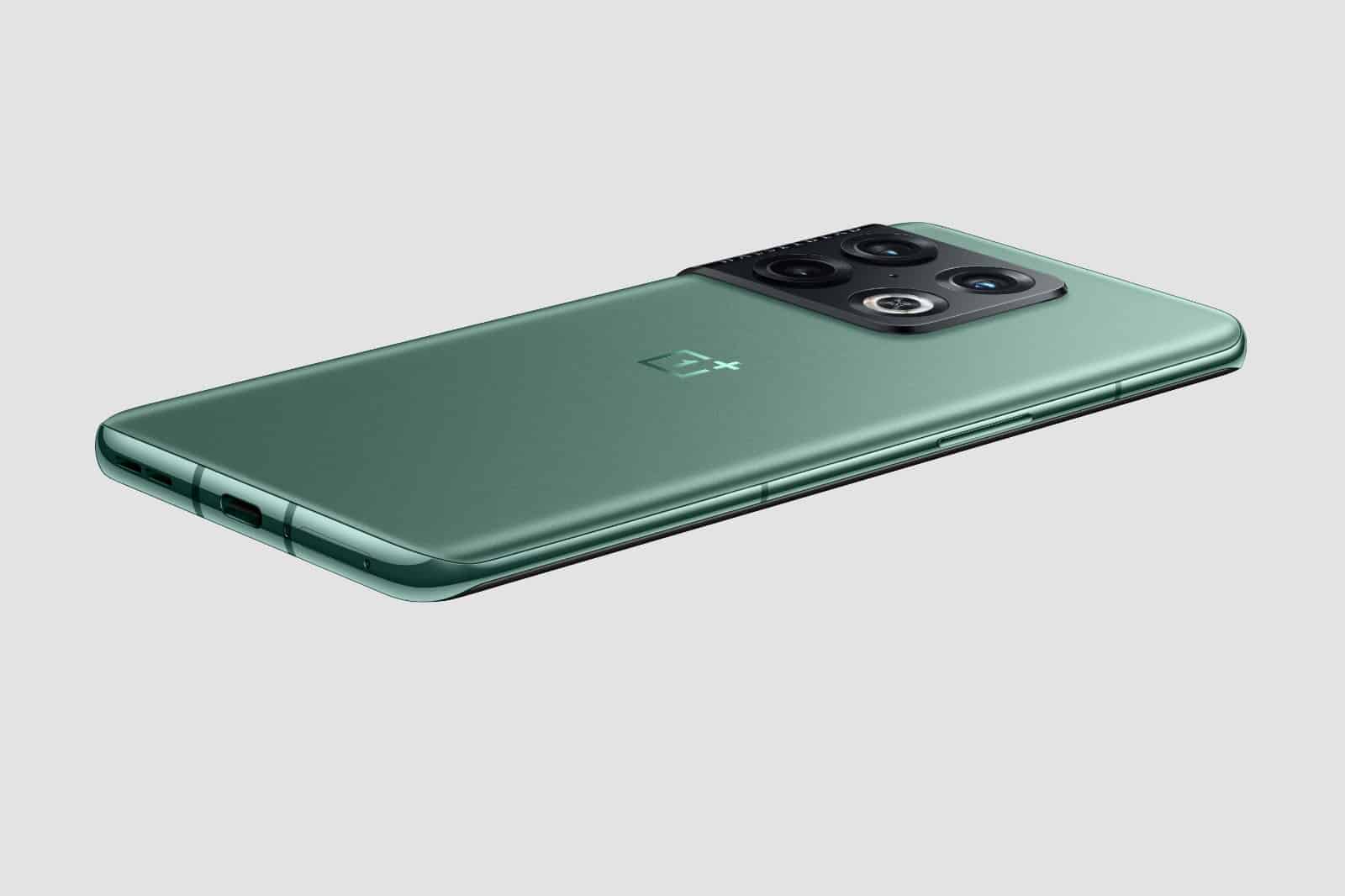 If you’re planning to get the OnePlus 10 Pro in the foreseeable future, no, you probably shouldn’t OnePlus does tend to discount its flagship offerings after a while, but that doesn’t happen as soon as it does for some other brands. OnePlus does it after quite some time, so if you do need a phone in the near future, waiting a couple of months won’t do you much good. The good news is, however, that the OnePlus 10 Pro is more affordable than its predecessor, a $100 more affordable from the get-go. For comparison’s sake, the OnePlus 9 Pro now starts at $799, while it was originally priced at $999. So, getting the OnePlus 10 Pro probably isn’t a bad idea from the get-go, if you’re planning to get it either way.

If you do opt to pre-order the OnePlus 10 Pro from OnePlus directly, you can get a free pair of earphones. In other words, you can get the OnePlus Buds Z2 if you get the device during the pre-order period. The pre-orders start today, and will basically last until the phone goes on sale on April 14. This offer is applicable for purchases via OnePlus.com.

BestBuy also has a launch offer for you: Whether you decide to pre-order the phone, or get it once it launches on April 14, you can get a $100 gift card. You can, of course, spend it on whatever you want in BestBuy.

Those of you who prefer to get the device from Amazon, well, you’re in luck, as a pre-order offer is available here as well. Whether you pick the phone up during the pre-order period, or when it launches on April 14, you can get a free Amazon Echo Show 8 with it.

Where can I buy the OnePlus 10 Pro?

The OnePlus 10 Pro pre-orders start today, March 31. The phone will go on sale on April 14, in case you’re wondering. You can pre-order the device directly from OnePlus, at OnePlus.com, or get it from Amazon, BestBuy, or T-Mobile. That gives you plenty of purchasing options in the US, to say the least. The device may be available via other retailers in the States as well, but these are the options OnePlus officially mentioned at launch.

What carriers support the OnePlus 10 Pro?

When it comes to Verizon, well, the company is still working on getting the phone certified, that was the situation at launch. Verizon’s 5G should become compatible by the time the phone launches, or soon after that. You wont’ be able to take advantage of 5G mmW, though, as the device doesn’t support it in the US. That won’t be a problem for many people, though.

Which carriers will sell the OnePlus 10 Pro?

Only one carrier in the US will sell the OnePlus 10 Pro, at least from the get-go. As is usually the case, the carrier that will do it is T-Mobile. That was the case last year, and the same is the case this year.

The OnePlus 10 Pro launched in two color options in the US, and other markets outside of China. Those two colors are Volcanic Black and Emerald Green. The device also arrived in the White color in China, but that variant didn’t launch globally, at least not for now. It’s possible OnePlus will add more color options later on, though. Do note that some retailers may not offer both color options. 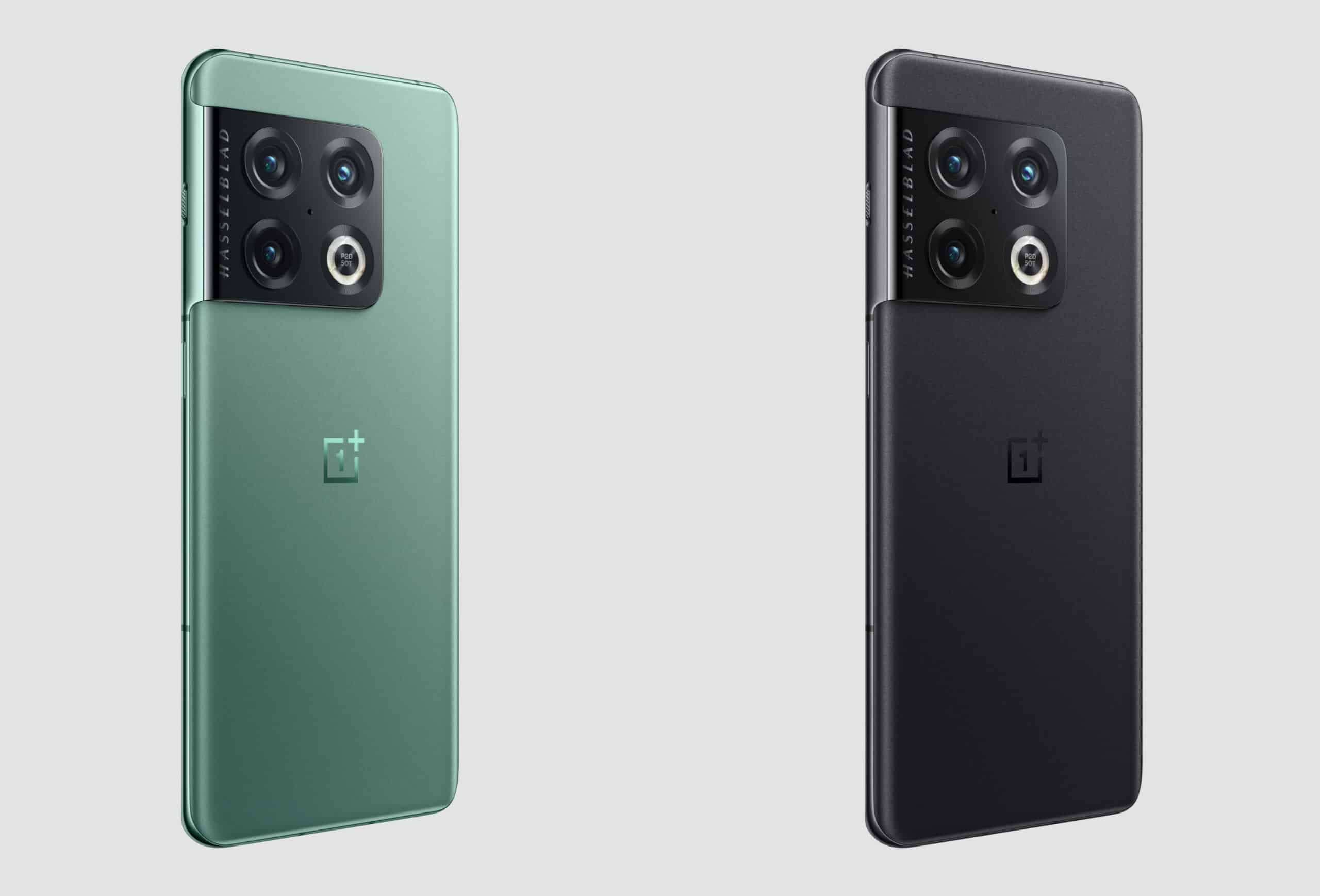 What are the specs of the OnePlus 10 Pro?

What new features did OnePlus unveil?

The OnePlus 10 Pro comes with a brand new design, and improved specs, of course. It does pack in some new features that are worth talking about, though. Some of these you’re probably familiar with, others, not so much. We’ll try to highlight some interesting ones here, that basically define the phone.

The OnePlus 10 Pro comes with a brand new cooling system to boost its performance, and keep its temperature at bay. OnePlus implemented a new 5-layer 3D Passive Cooling System here. The company says that this is “the most advanced cooling system ever in a OnePlus phone”.

The OnePlus 9 Pro offered 65W wired, and 50W wireless charging. The same goes for the US OnePlus 10 Pro variant, but in Europe, for example, the device goes all the way up to 80W when it comes to wired charging. All those charging speeds are incredibly fast, and truth be said not many people will complain one way or the other. 65W SuperVOOC charging, for example, can get you from 1 to 100-percent in only 34 minutes, while 50W AirVOOC charging can do the same in 47 minutes. Not many people will care about the 65W to 80W difference, considering how fast this charging is.

The OnePlus 9 Pro did arrive with an LTPO display which was able to refresh between 1Hz and 120Hz. Well, the OnePlus 10 Pro can do the same, but it can do it even faster. The device comes with the LTPO2 display, and it will consume less power than the panel on the OnePlus 9 Pro. It is still extremely bright, large, curved, and vibrant, while it also offers a great touch sampling rate.

The OnePlus 10 Pro also includes something called the ‘HyperBoost Gaming Engine’. That engine powers a number of gaming features on Android, as a result, you should get a better gaming experience. OnePlus specifically mentioned General Performance Adapter (GPA) Frame Stabilizer and O-Sync. The GPA Frame Stabilizer should actually reduce frame rate fluctuation when you’re gaming. O-Sync increases the syncing speed between the OnePlus 10 Pro’s SoC and display.

OnePlus once again partnered up with Hasselblad. The OnePlus 9 series phones were the result of the first partnership, and the OnePlus 10 Pro is the second-gen product. Hasselblad’s color science is baked into the OnePlus 10 Pro, and the phone is capable of shooting in full 10-bit color. The device processes 64 times more color than smartphones that shoot in 8-bit color. It also captures photos using the DCI-P3 color gamut, and the phone’s ultrawide camera offers a 150-degree FoV. The phone also supports capture in 12-bit RAW on all three cameras, and much more.

Along with Android 12, OxygenOS 12 comes pre-installed on this device. We’ve already seen OxygenOS 12 in action on other phones, and all those goodies are now available on the OnePlus 10 Pro. There are a lot of features that OxygenOS 12 offers, but it shines in the customization department. You can even customize the dark mode on the OnePlus 10 Pro, if you don’t like the default shade. The Always On Display (AOD) is a part of the package as well, with plenty of options. OnePlus also updated its apps in OxygenOS 12, while this software also delivers all the major Android 12 features. 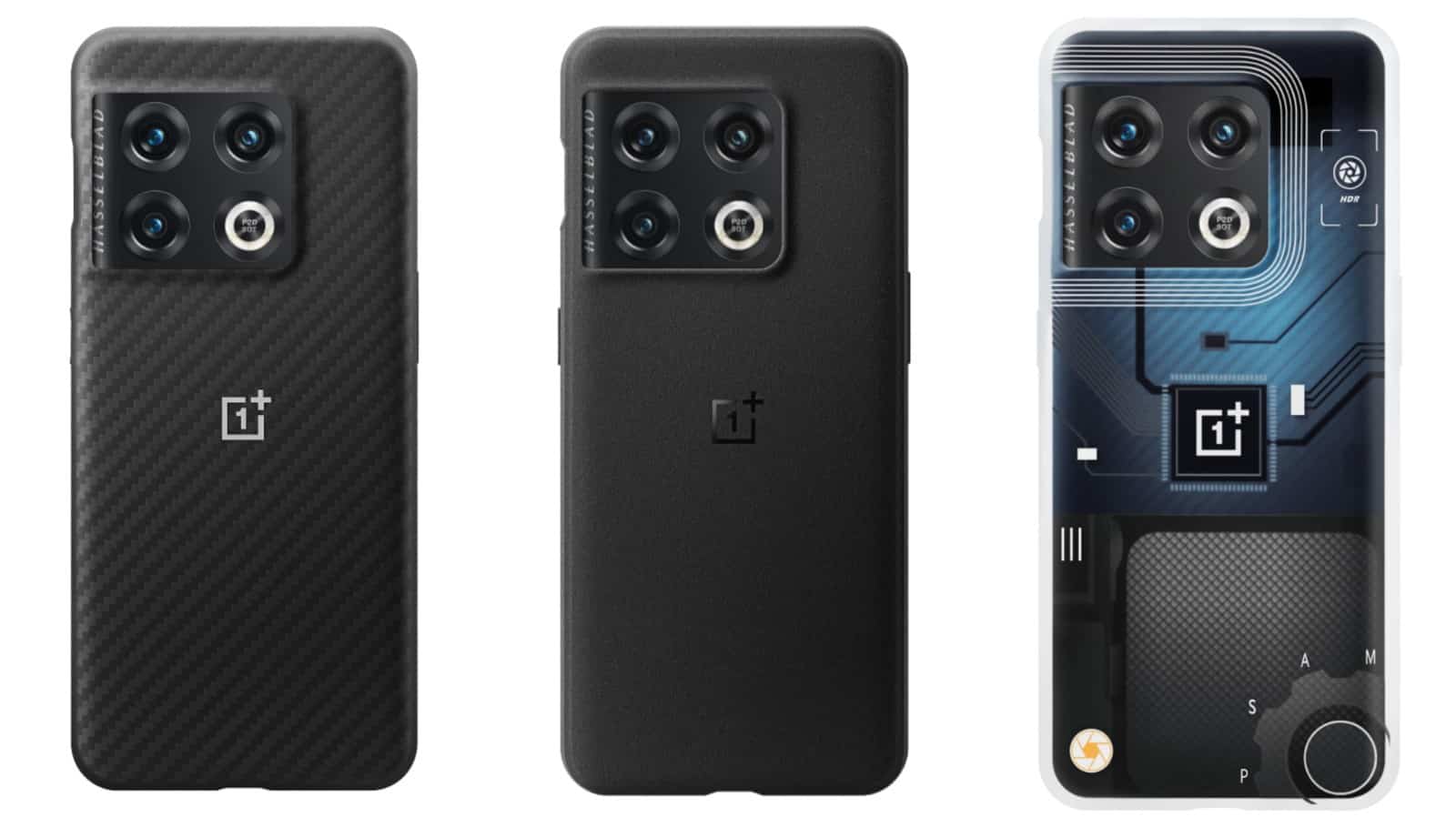 OnePlus has announced three different cases for the OnePlus 10 Pro. All three cases are now available to purchase. Read more about them below. 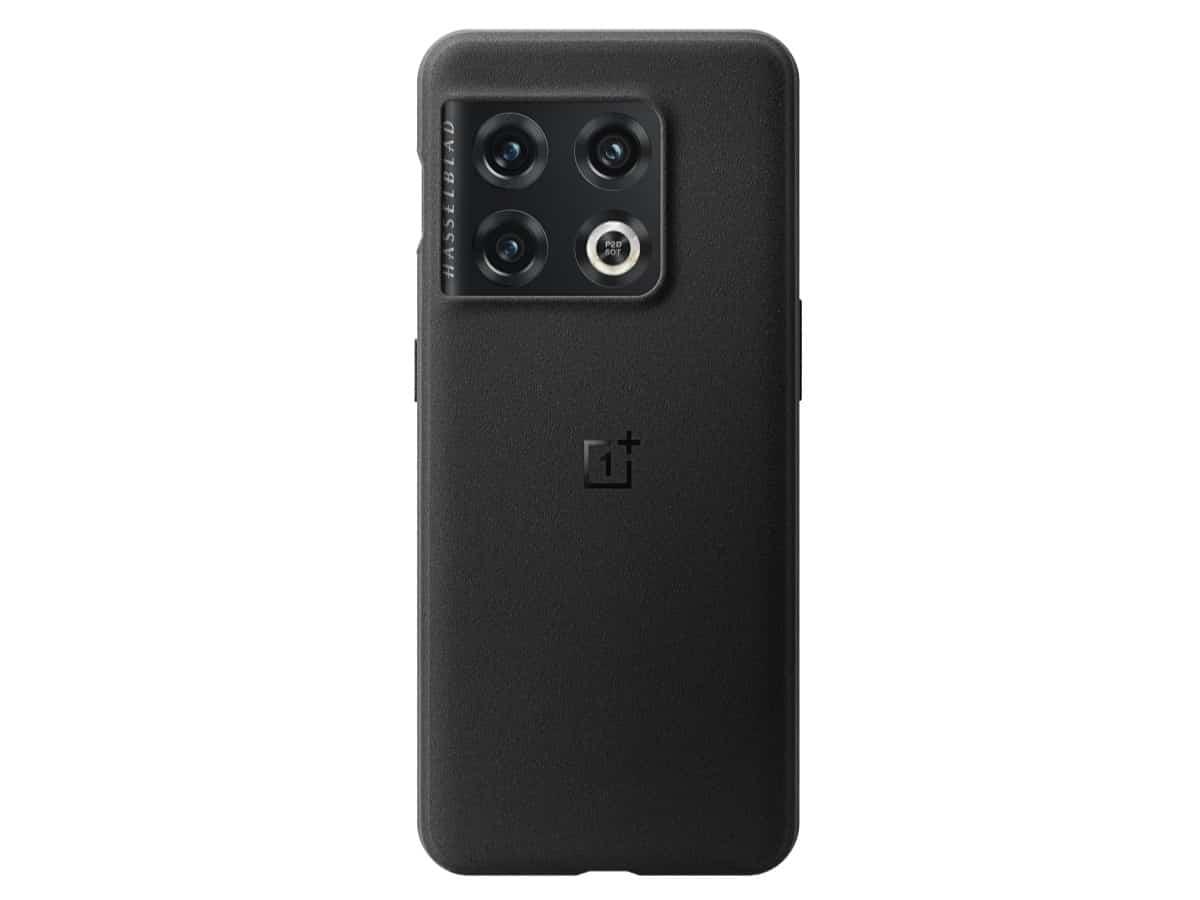 The Sandstone Bumper Case is a well-known offering from OnePlus, and now it comes in a variant for the OnePlus 10 Pro. It’s supposed to mimic sandpaper feeling, though a toned-down version of it, of course. This case is quite grippy, and really nice-feeling in the hand. This case costs $24 in the US. 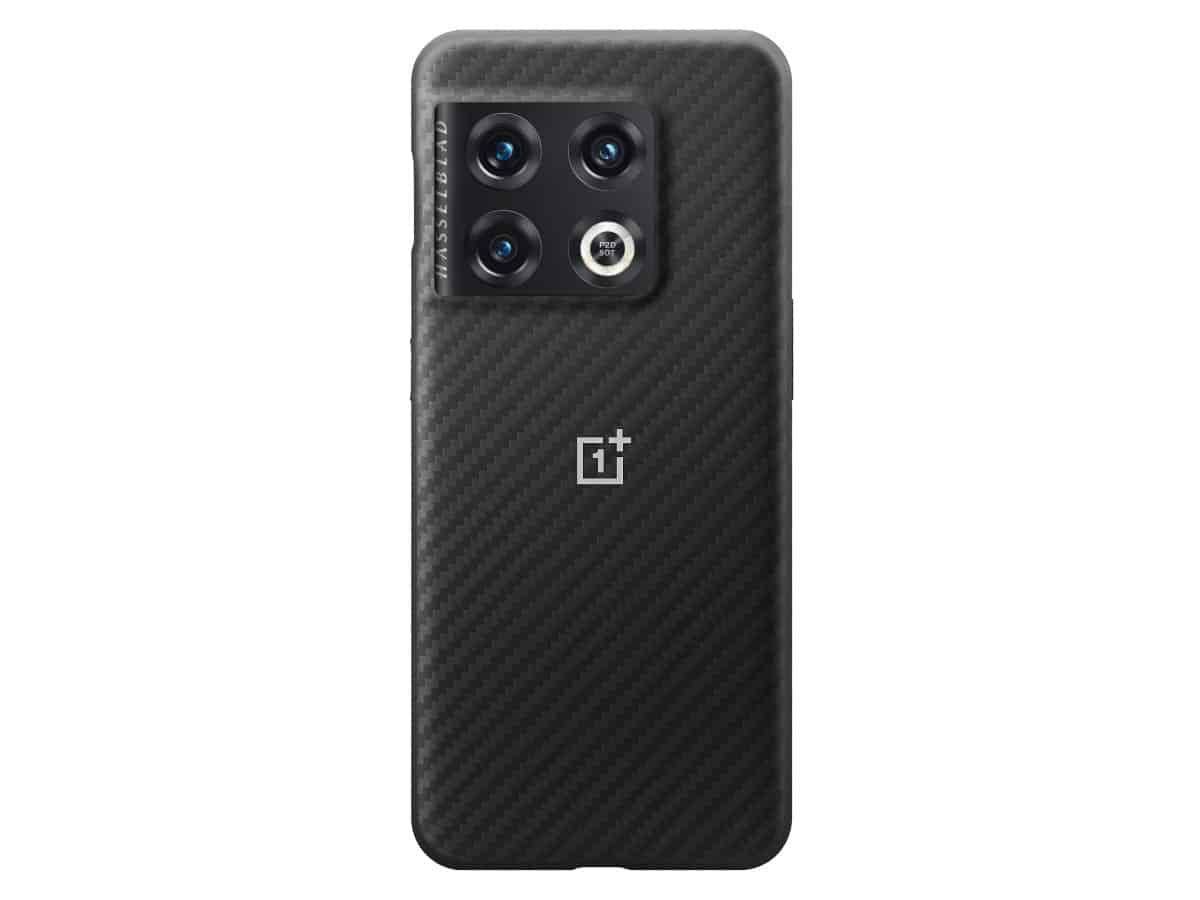 The Karbon Bumper Case is also well-known to OnePlus users, as it has been in the family for generations. This case is also quite grippy, and it feels like rubbery plastic to the touch. This case costs $39 in the US. 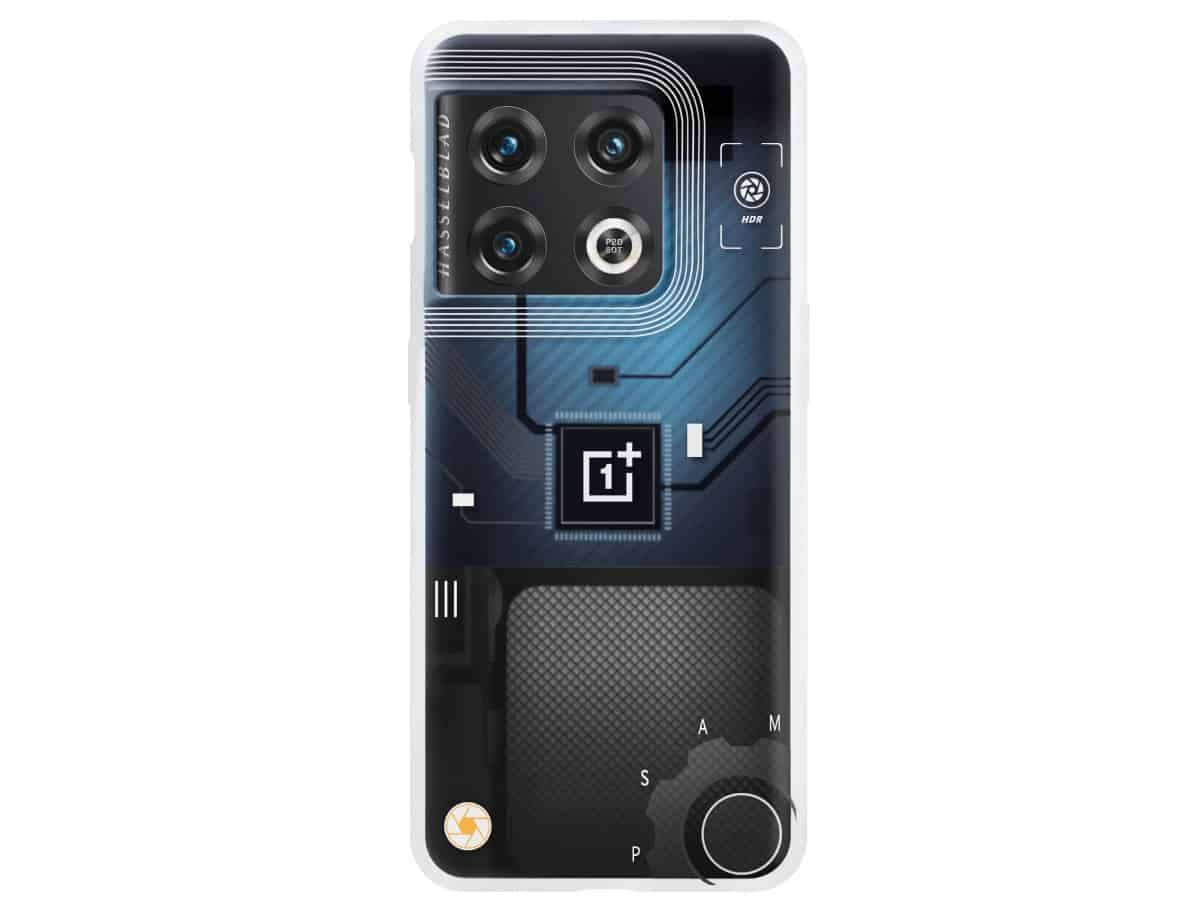 The Quantum Photography Bumper Case is the newest addition to the OnePlus family. This is a silicone case with a really interesting-looking back cover. This case costs $29 in the US.