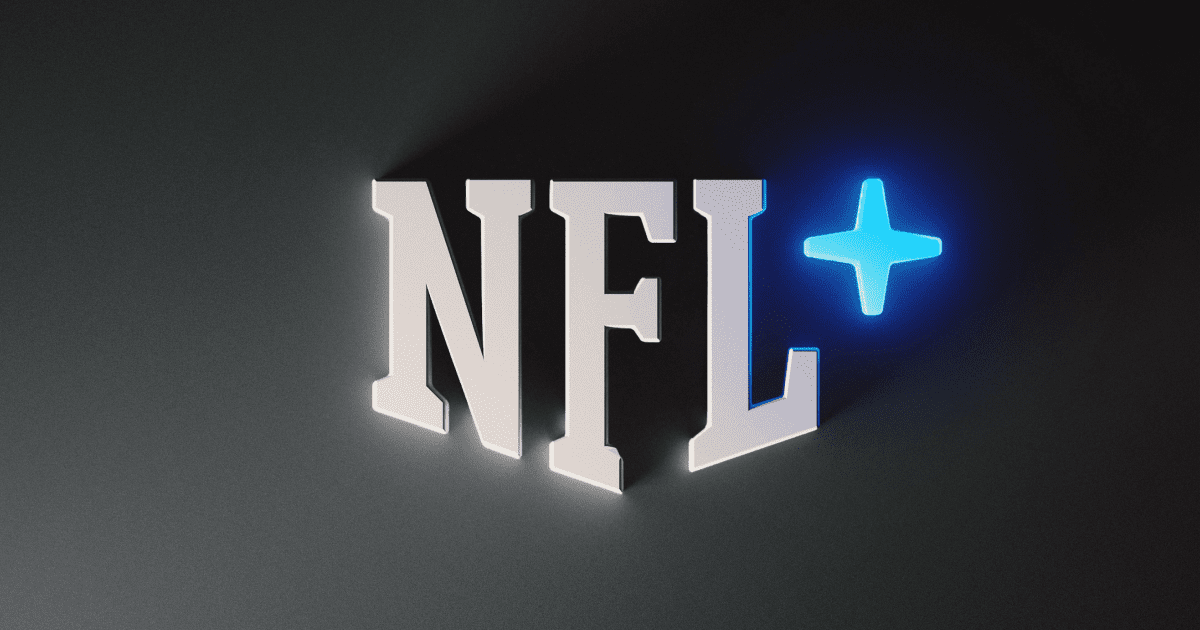 As we continue to move towards everyone (literally) having their own streaming service, it’s now the NFL’s turn. The league announced NFL Plus earlier this year, and it’s now available for you to sign up for. But the real question is whether it’s worth it to sign up? That’s what we’re going to try and answer here, as we tell you everything you need to know about NFL Plus.

As always, we will be continually updating this post as things change, features are added and so forth. But with that said, here’s everything you need to know about NFL Plus.

What is NFL Plus?

NFL Plus is the leagues new streaming service, which really just replaces NFL Mobile which Verizon offered its customers for so many years. Subscribers will be able to watch NFL games on their mobile and tablet devices with NFL Plus. Subscribers are also able to watch games that would normally be blacked out, or not shown due to being out of market. So it’s a cheap way to watch every single NFL game this season.

You’ll also be able to watch replays of games on NFL Plus. So if you missed a game, you can still catch up with the NFL Plus streaming service on your phone.

How much is NFL Plus? 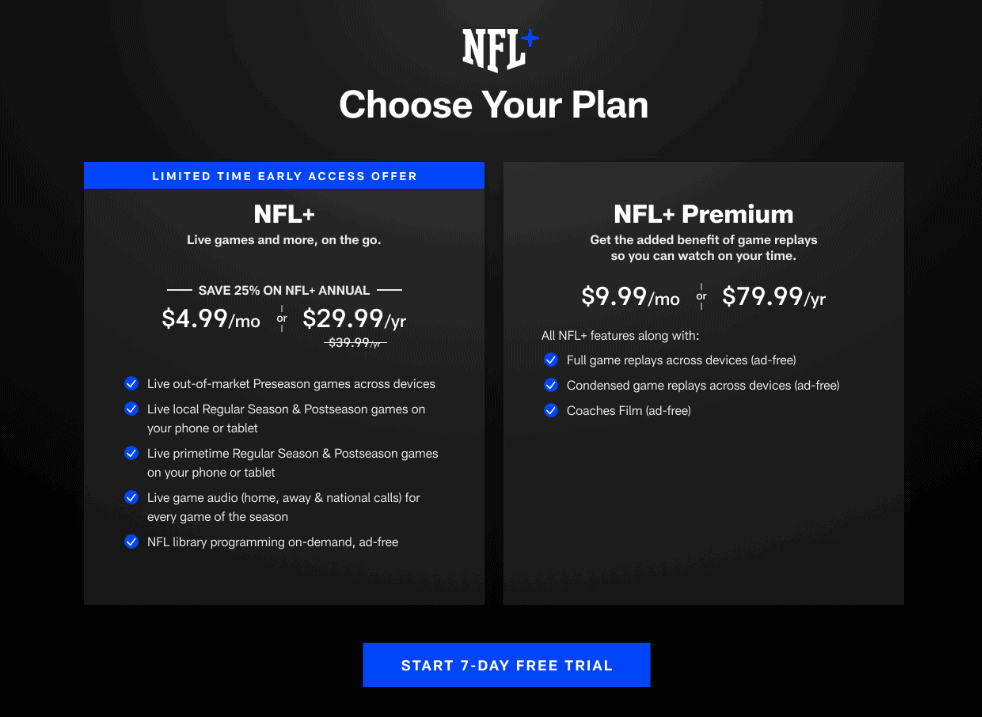 So what’s the difference between these two plans? Well NFL Plus will give you:

You’ll get all of that for $4.99 per month. So what does NFL Plus Premium get you? Here’s what you’ll get, in addition to what’s mentioned above:

So that’s how much NFL Plus will cost per month, and on a yearly basis, as well as what you’ll get. Is it really only available on mobile devices?

Yes, it is. That’s because NFL Plus is really only replacing the NFL Mobile app, which allowed Verizon customers to watch games on their phone for free. Basically, now NFL Mobile is available for everyone, whether you’re on Verizon or not, and it’s no longer “free”. The NFL and Verizon’s contract finally expired, so the NFL decided it was a better idea to create the NFL Plus.

Now, you can still watch on TV with NFL Mobile, but you’ll need to use Google Cast on any Android TV, Google TV or Roku TV out there. It’s not quite as nice as just opening the app on your TV and starting up a game, but still cheaper than paying for a streaming TV service like YouTube TV, which costs $65/month.

What platforms is NFL Plus available on?

So with that said, here are the platforms that NFL Plus is actually available on:

And that’s it. As mentioned above, this is more of a streaming service for mobile devices only. Which is also why it is so cheap at just $5 per month to watch literally every game.

If you are interested in signing up for NFL Plus, you can do so in the NFL app, or by heading over to NFL.com/plus.

There is a 7-day free trial available. And for a limited time, the annual rate for the base plan is $10 cheaper, at just $29.99 per month. Which makes NFL Plus just $2.49 per month for a year. Which is a pretty good deal. 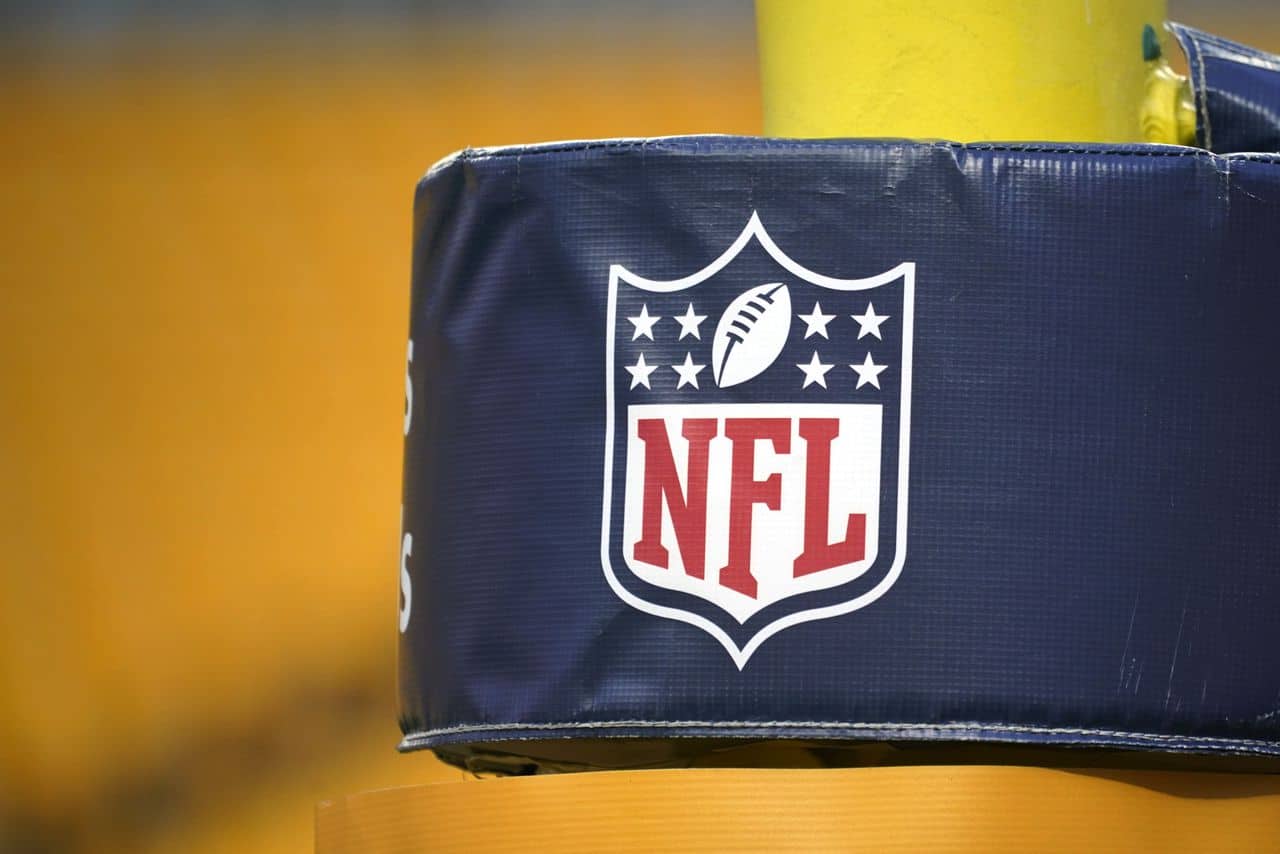 What games are available on NFL Plus?

While the service can stream live games for its subscribers, there are some caveats, as there always are.

NFL Plus will give fans live streams of regular season and postseason games available to them on the local FOX and CBS stations. But as mentioned before, this is only going to be available on mobile devices – phones and tablets.

Additionally, nationally televised regular and postseason games can only be streamed on phones and tablets. That does include the Super Bowl.

Fans will be able to watch all of the preseason action on NFL Plus, and that includes streaming all out-of-market games. And these can be watched on all devices. Here’s the schedule for week 2:

NFL Plus also gives fans access to live game audio for all games during the season. Fans will be able to listen to the home, away and national radio calls.

There are, surprisingly, many alternatives to streaming NFL games besides NFL Plus. Of course the big one is NFL Sunday Ticket, but there’s also streaming Live TV services available that include most NFL games.

NFL Sunday Ticket, is a subscription service that gives you access to all out-of-market NFL games live on your TV and all other devices. It’s not cheap, coming in at $293.94 for the season. But you are getting every single game of the preseason, regular season and postseason there. That’s 272 games.

With streaming Live TV services like YouTube TV, Sling TV, Hulu + Live TV, and Fubo TV, you’ll get access to all of the games that are broadcast on live TV. Which isn’t going to be every single game. But you will get plenty of games to watch each season, including all of your local games. Sling TV is a bit of an outlier here, it’s much cheaper than the others, but it also doesn’t have most local channels. It does have Fox in some markets, but CBS is not available. Luckily, you can get an OTA antenna and still watch Fox and CBS games, while watching nationally broadcast games on ESPN on Sling TV. 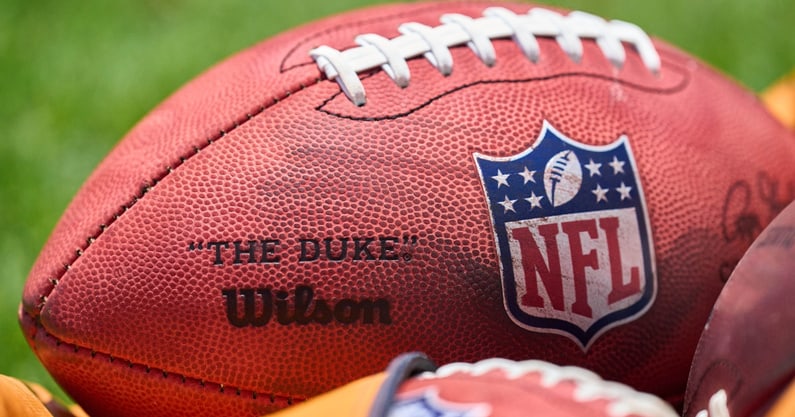 Unless you don’t have a TV, or aren’t generally home when the games are on, getting NFL Plus doesn’t seem like that good of a deal. It’s almost like a “lite” version of NFL Sunday Ticket, since it’s only for mobile devices. It’ll work for some people, especially since it’s $5 per month and that’s much cheaper than signing up for something like YouTube TV which is $65 per month. But it’s still hard to see who this service is really for.

The full-game replays and condensed games are really nice to have, especially after the game is over with. So you can quickly catch up on what happened while you were at work, maybe at church, or somewhere else. But I don’t see this streaming service being an ultra-popular one.