Here in the US, there are essentially three wireless networks – AT&T, T-Mobile and Verizon. But you’ve undoubtedly heard of other wireless carriers like Visible, Straight Talk, Google Fi, to name a few. Those are what are known as “MVNO” carriers. But the real question is, what exactly is an MVNO? And should I use one for my phone service? Well, we are going to aim to answer that, and much more in this article. So stay tuned.

An MVNO is a Mobile Virtual Network Operator.

Basically an MVNO is a carrier that doesn’t own the network it runs on. So you might see Straight Talk advertising that it uses the Verizon network. And that’s because it does.

What happens is carriers like AT&T, T-Mobile and Verizon sell access to its service at a wholesale rate. That is also why you can jump on Visible (which also runs on Verizon) for much less than what Verizon would charge you, for the same network.

What it comes down to, is an MVNO is a carrier that runs on one of the three wireless networks available in the US, at a cheaper base-rate. 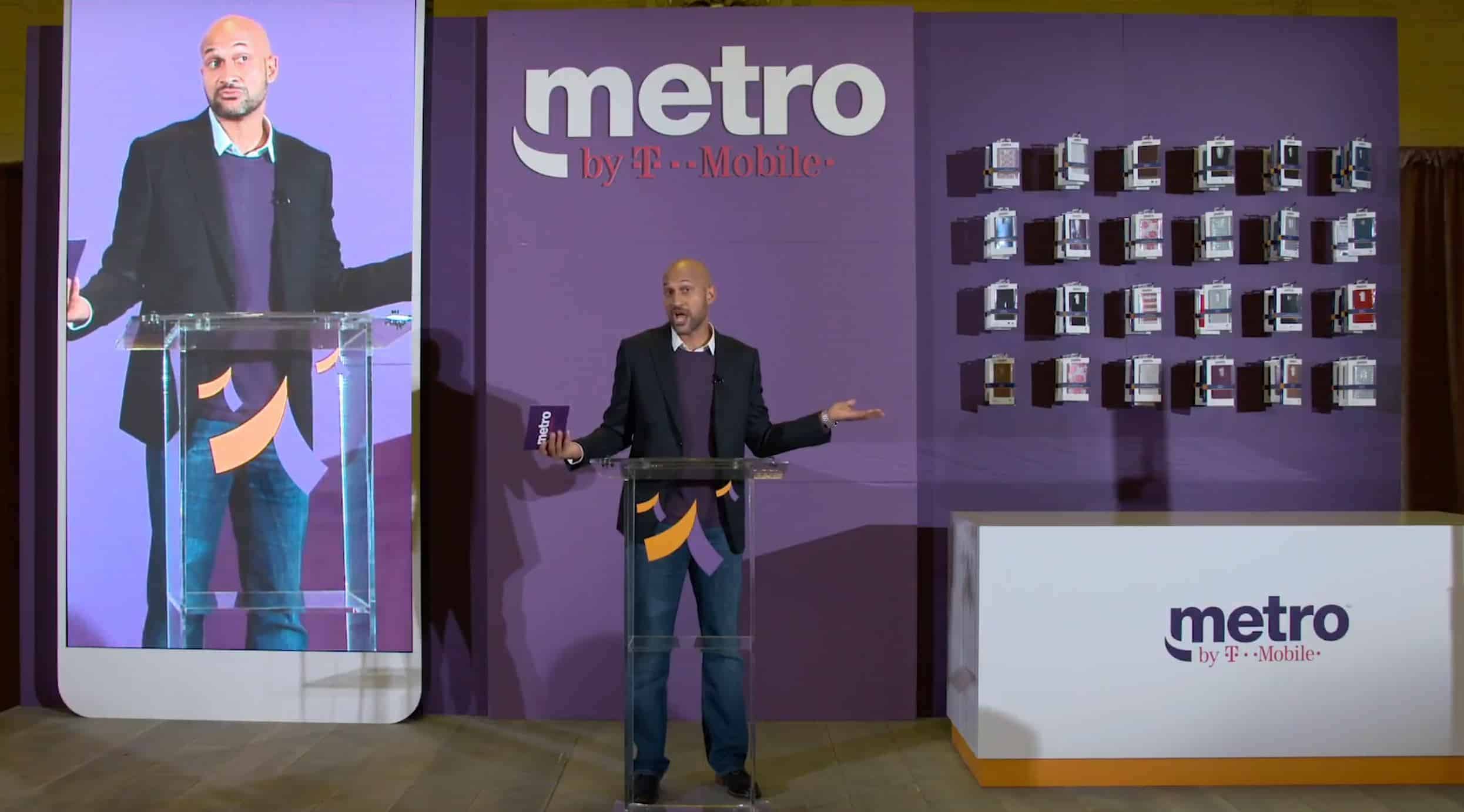 What are the benefits of using an MVNO?

There are many benefits to using an MVNO over one of the main “host” carriers out there. Of course, the biggest one is the pricing. Typically MVNO’s offer their service at almost the same price as what they pay the host carriers for the service. So you might see unlimited data available from an MVNO for around $30, while Verizon charges you $70 or more for that same unlimited data. Which makes it a no-brainer, right?

There are some drawbacks to using an MVNO though. For example, if you were to sign up for Visible, to get access to Verizon’s network, you would not get the Disney+ bundle or Apple Music included in your monthly plan. You would also be lower on the tower, in busy areas. Which means you are more likely to see slower speeds than someone on Verizon in the same area. But unless you live in New York City, Chicago or Los Angeles, and are in the proper city, you likely won’t notice this.

You’d have to weigh the pro’s and con’s when it comes to pricing on MVNOs versus a traditional carrier. If you travel a lot, then coverage and speeds likely matter more. But if you work from home and don’t travel much, then pricing is likely better for you.

Ability to bring your own phone

Some MVNOs are only BYOP carriers. Where they don’t sell any phones, and you’ll have to buy one unlocked or bring your current phone over. Since most phones that are unlocked support AT&T, T-Mobile and Verizon, it doesn’t really matter which phone you get. But do make sure that it is SIM unlocked. Otherwise, it may not work.

This gives you the option to get whatever phone you want, instead of just ones available on your carrier. But that also means that you can’t finance the phone through your carrier. However, if you buy through some manufacturer’s websites, like Samsung, you can finance your phone that way. Instead of paying full price upfront. But that also helps to keep your monthly bill lower. 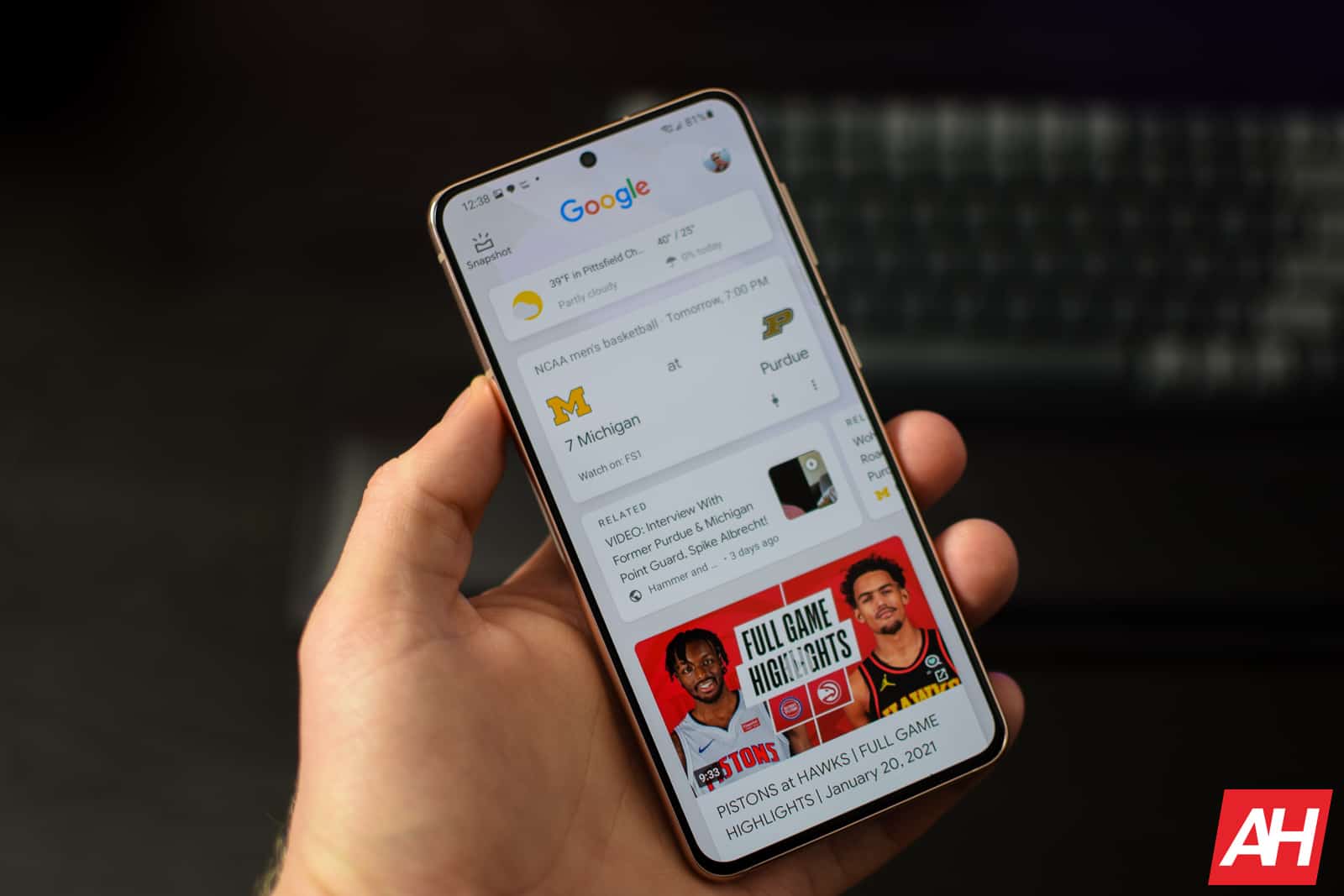 Could work on more than one network

While most MVNO carriers work on a single network, there are a few that will work on multiple networks. Like Google Fi. Which works on T-Mobile and US Cellular in the US, it also works to automatically switch between these two networks. So you get the best coverage and speed at all time.

Then there’s Straight Talk that offers support for all three carriers, but it does not automatically switch like Google Fi does. But that could change in the future.

What are the disadvantages to using an MVNO?

The phrase “you get what you pay for” comes to mind, when thinking about an MVNO carrier. You’re paying about half as much at an MVNO like Visible than you would at Verizon. How is that so? Well, because you’re not getting the exact same experience on Visible as you are on Verizon. So let’s take a look at some of the disadvantages to using an MVNO.

As mentioned already, MVNO customers get lower priority on network towers. Postpaid customers are at the top, followed by the carrier’s own prepaid customers, and then MVNOs. So if you are on Mint Mobile on T-Mobile’s network, you are going to be below T-Mobile, T-Mobile Prepaid, and Metro by T-Mobile customers.

So what does this mean for speeds? Well, when it comes to optimizing its network, MVNO customers will notice the slower speeds first. You won’t really see this, unless you are in a major metro area, and even then it is pretty unlikely. But it is something to be aware of.

Some MVNO carriers also limit the max speed that you might see. Cricket, for example, offers a max of 3Mbps on its Core plan. On its unlimited plan, it ups that limit to 8Mbps. And does not yet support 5G. Which can be fairly slow, especially if you get slowed down on top of that. Cricket isn’t alone in limiting how fast its network goes either.

No bells and whistles

Unfortunately, MVNO carriers are typically “no frills”. Which means you won’t get anything special from these carriers. Like how Verizon gives its customers the Disney+ bundle, as well as Apple Music for free with some of its plans. You also don’t get the ability to finance your phone through your carrier, or get any other discounts like that.

Again, it’s a “you get what you pay” with MVNOs.

As mentioned, you won’t get any discounted smartphones from an MVNO carrier. But that’s a double-edged sword. It means that you won’t be able to buy one Galaxy S21 and get one free. But it also means that you can get a phone that you carrier might not sell, and use it. Which offers even more choices for people.

Why are they usually much cheaper?

There’s a couple of big reasons why MVNOs are typically cheaper than traditional carriers. And that comes down to the fact that they are paying less for the network access. You see Verizon, T-Mobile and AT&T need to charge more so it can reinvest in its network. Straight Talk doesn’t have to worry about that. It’s biggest cost is the amount that the traditional carriers charge it for using the network.

Because of that, MVNO carriers are able to offer their service for rock bottom prices.

What options are available?

There are hundreds of options for MVNO carriers in the US. Here are some of the more popular MVNO’s out there and why you should check them out.

Google Fi has been pretty popular because, well it is Google. It has a pretty simple plan. Essentially there are two plans available. One that is $20 for unlimited talk and text and then you’ll pay $10 per month for each gigabyte of data you use. If you use 0.65GB of data, you’ll only get charged $6.50 for that data. Which is really impressive.

The other plan that Google Fi uses is an unlimited plan for $70 per month. It’s not truly unlimited, but you can use up to 20GB of data without any issues. It’s really only useful if you use more than 5GB of data per month. Google Fi does work with all unlocked smartphones, and now that T-Mobile and Sprint merged, it doesn’t switch carriers as often. Since US Cellular is only available in a small number of states.

Google Fi also will connect to open and free WiFi networks when available. Don’t worry though, it will automatically turn on its VPN when you connect to unsecured WiFi networks. So that your data is safe. This is the same VPN that is now part of Google One. This means you’ll save money on your data usage, without having to limit how much data you use.

You can check out more about Google Fi here.

You’ve probably seen loads of commercials about Visible in recent months. It has really been trying to bring in new customers, and we know why. It works on Verizon’s network (It’s owned by Verizon too), and starts at $40 per month.

There’s just one plan that is $40 per month. It includes unlimited data, talk and text. It also has no added fees. So you’re paying $40 and that’s it. Additionally, Visible offers up free calling to Canada and Mexico, that’s no something you normally see with MVNO carriers. And it also offers unlimited mobile hotspot – though that is limited to 5Mbps.

Those are some really nice perks for an MVNO.

You can find out more about Visible here.

Cricket is owned by AT&T, and it offers a few different plans that you can choose from. Which start at just $30 per month, making it a really impressive option.

The entry-level plan offers 2GB of data at “high-speed” which is just 3Mbps. Then it is slowed further. It also comes with unlimited talk and text. There’s a $40 plan that gives you 10GB of “high-speed” data at 3Mbps, and unlimited slower data after that.

Finally, there is unlimited for $55 per month. This is a bit faster at 8Mbps, though still pretty slow. And for $5 more, you can add 15GB of mobile hotspot to your plan.

You can find out more about Cricket here.

Formerly MetroPCS, Metro by T-Mobile is of course owned by T-Mobile. And its plans start at $40 per month.

There’s basically three plans for Metro by T-Mobile. There’s a $40 per month plan that gets you 10GB of high-speed data, unlimited slower speeds after that. Music streams free on it too. You can upgrade to unlimited for $50 per month, which also gets you 100GB of space on Google One. And 5GB of mobile hotspot.

Finally, there is a $60 plan, also unlimited, with 15GB of mobile hotspot, 100GB of Google One storage, and Amazon Prime is also included. Which is going to be a really impressive add-on for those that like to buy everything from Amazon. And let’s face it, that’s all of us. A big reason why these perks are included, and aren’t on most other MVNO carriers, is because T-Mobile owns it. And is able to offer these things for free.

You can find out more about Metro by T-Mobile here.

Should I use an MVNO?

It really depends on your use-case, but we would suggest using an MVNO if you work from home, or are at home a lot. As you likely aren’t using much data, and the speed likely doesn’t bother you either. However, if you do travel a decent amount, we’d recommend not getting on an MVNO.

Of course, saving some money on your monthly phone bill is a big reason to jump onto an MVNO carrier. Especially during the pandemic. Just make sure you weigh the pro’s and con’s here.

There are many more MVNOs that are not on this list, and more coming everyday. Including from cable providers like Comcast and Cox. So there’s definitely something out there for everyone.