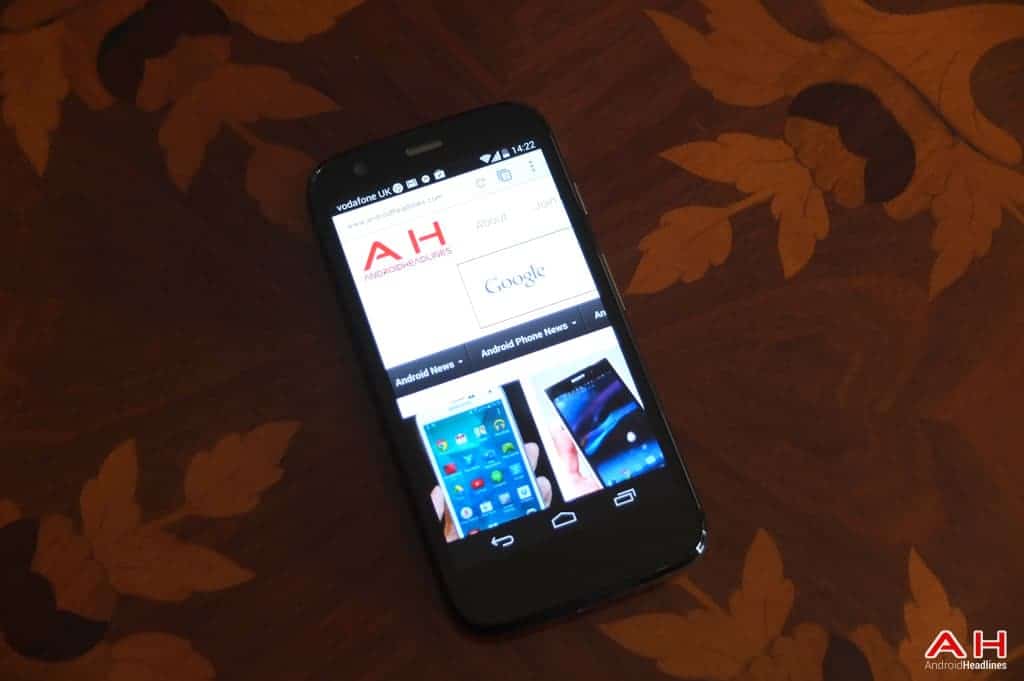 Following the announcement of company's flagship, Moto X, Motorola decided to release a rather capable budget device, Moto G. Motorola packed the best specs it could in here, having the price in mind, of course. Snapdragon 400, 1GB of RAM and a 4.5-inch 720p display should be enough to give you a rather solid experience while using this handset. Design is nothing special, but it does the trick, Moto G is plastic all around.

The Motorola Moto G is sporting a 4.5-inch 720p (1280 x 720) IPS LCD display along with 1GB of RAM and 8 or 16GB of non-expandable internal storage. The device is powered by Qualcomm's Snapdragon 400 quad-core processor clocked at 1.2GHz which comes with an Adreno 305 GPU. On the back of the device, you can find a 5-megapixel camera which is flanked by a LED flash while there's a 1.3-megapixel snapper located on the front of the device. 2070mAh non-removable battery is packed inside this device and Android 4.3 JellyBean comes pre-installed. 129.9 x 65.9 x 11.6mm and weighs 143 grams.

Motorola wanted to make a really good device and at the same time keep its price down. In my humble opinion, the company did a great job. This device is priced just right while packing solid specs on the inside with a few of Motorola's custom software features baked in there also. This is a great package all around and I'd have no problems recommending this device to many people, basically to anyone who's looking for a budget device which will offer great performance. Motorola really managed to hit the spot with this one if you ask me.