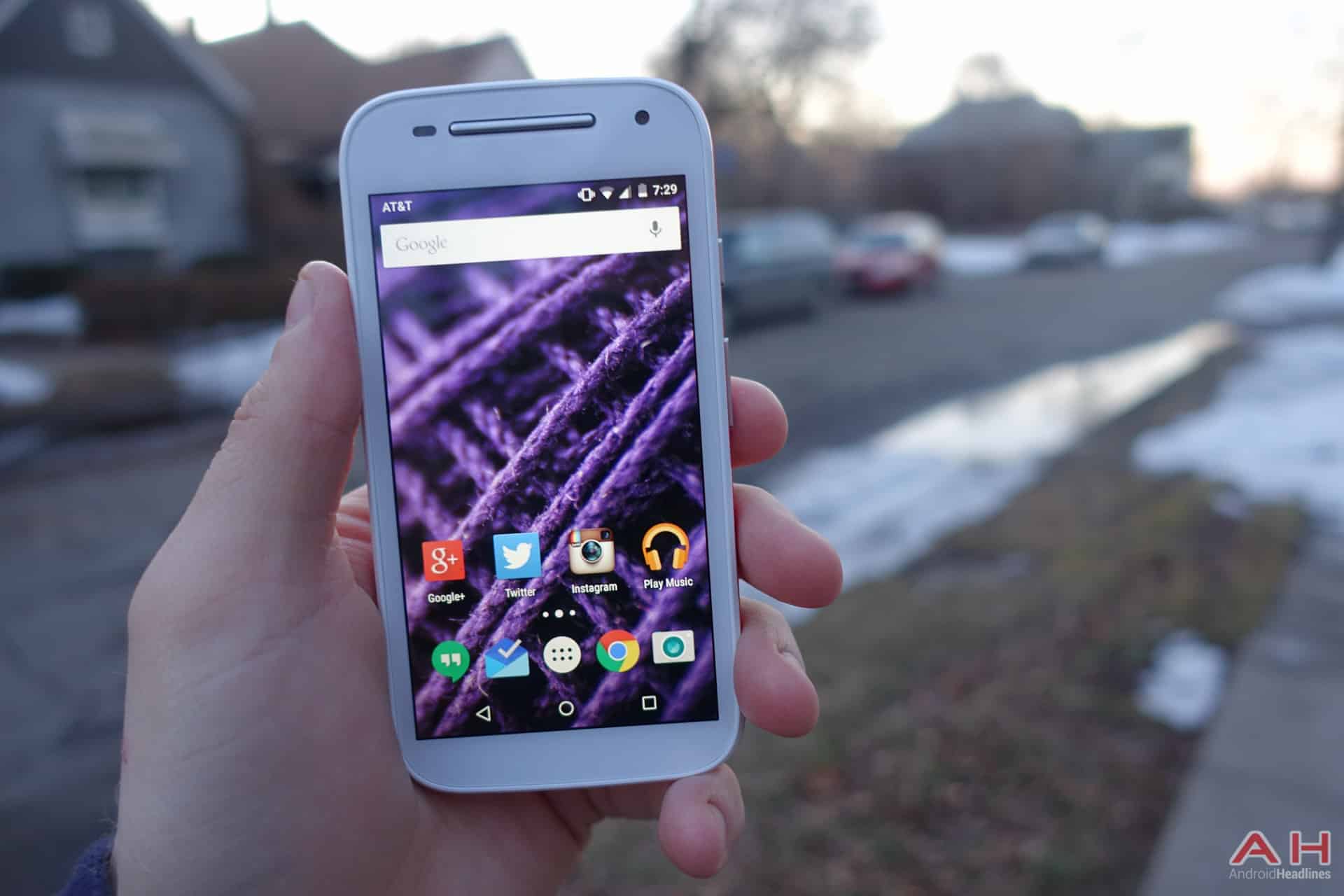 Motorola Moto E (2014) was the company's attempt to appeal to consumers who are looking for an incredibly cheap, and yet capable device. That handset was a rather solid offering, and Motorola has decided to release its successor in February 2015. The Moto E (2015) comes in two variants, the 3G and 4G LTE variant. The two devices are almost identical in every aspect, except they're not powered by the same processor. The 3G variant is powered by Qualcomm's Snapdragon 200 quad-core SoC, and the 4G LTE variant ships with a Snapdragon 410 64-bit quad-core unit. Aside from that, the two devices are completely identical. Speaking of specs, let's check out the rest of them, shall we.

The Moto E (2015) features a 4.5-inch (960 x 540) IPS LCD display along with 1GB of RAM and 8GB of in-built storage (expandable via microSD card up to 32GB). The 5-megapixel camera is located on the back of this handset, and a front-facing VGA shooter is also available here. The 2,390mah battery comes built-in to this device and the handset is available in Black and White color options. The Moto E (2015) measures 129.9 x 66.8 x 12.3mm and weighs 145 grams. Android 5.0 Lollipop comes pre-installed here, we're talking about an almost stock version of Google's OS, Motorola has added only a couple of apps on top of Android.

Motorola has done a really solid job this year as well. The Moto E (2015) is an extremely affordable option that will definitely appeal to some people, especially the LTE variant which brings a significantly better SoC and 4G LTE connectivity. The 3G model is not exactly a big upgrade over the last year's model. If you're interested in purchasing a device which costs less than $150 (the price is market-dependent though), Moto E (2015) is definitely a device you might want to consider.