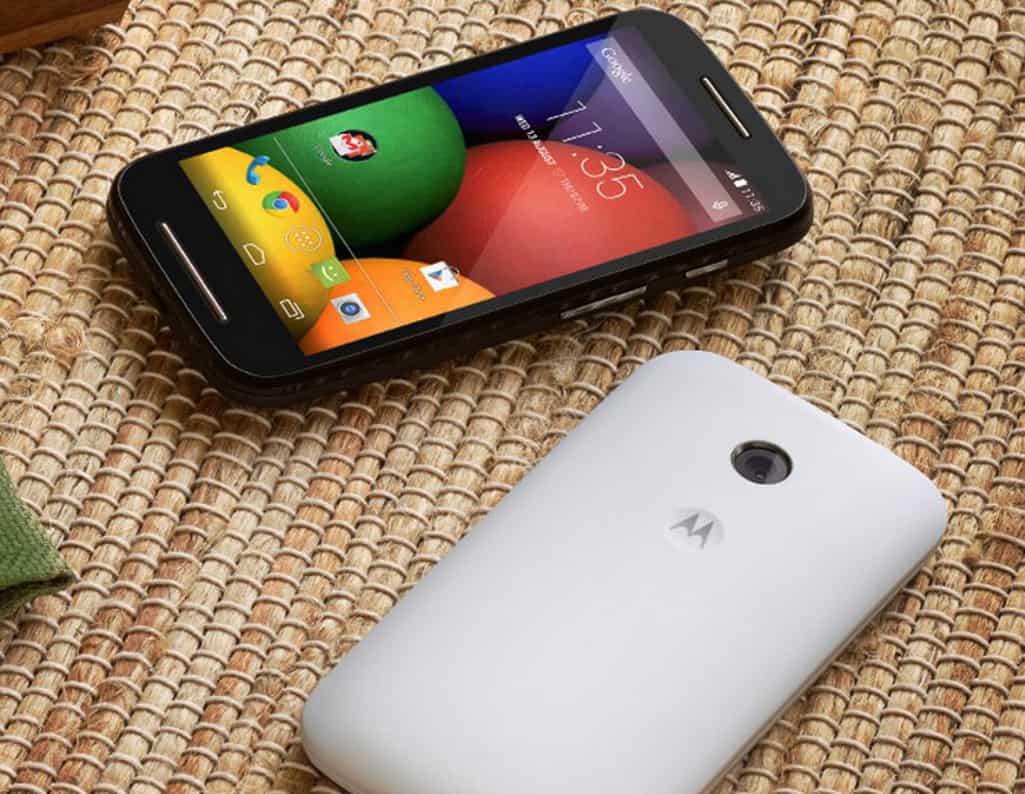 The Motorola Moto E was announced on May 13th 2014, and was later made available for sale the exact same day in the U.S., on May 19th in the UK, and the following months on global scale. The Motorola Moto E was Motorola's least expensive smartphone to date, pushing the boundaries of what could be done with good hardware and software for an absolutely insanely low cost. It comes running Android 4.4 Kit Kat out of the box and sports a decently sized screen of 4.3-inches. It holds 1GB of RAM and a dual-core processor, something you generally wouldn't see from a device of this price point. For a total cost of $130, the Mototorola Moto E is a steal for anyone that is looking for a great first time smartphone or a decent back up for little cost.

When it comes to the specs, the Motorola Moto E sports a 4.3-inch qHD capacitive touchscreen display with 540 x 960 resolution and 256 ppi, protected by Gorilla Glass 3. On the inside the the Moto E holds a Qualcomm Snapdragon 200 dual-core processor clocked at 1.2GHz, and an Adreno 302 GPU for the graphics. it's also holding 4GB if internal storage space and 1GB of RAM, and supports expandable storage through the microSD card slot up to 32GB. It holds a 5MP camera on the back, although has no front facing camera. It's powered by a non-removable 1980mAh battery, it supports 2G, and 3G networks, Bluetooth 4.0 LE, WiFi 802.11 b/g/n and GPS.

For the price you pay and what you get, the Motorola Moto E is a great little smartphone. When compared to other smartphones in its price range, the Motorola Moto E just outshines the rest. A 5MP camera and 1GB of RAM for $130 is a great start and with Motorola's optimizations to software the device seems smooth and fluid in the user experience. On top of that it gets Motorola's commitment to quick updates, so users can expect to be on the most recent version of Kit Kat soon. The Motorola Moto E is a solid choice for anyone who doesn't want to spend much money or needs an in expensive backup that can deliver a great experience. Trusted By Millions
Independent, Expert Android News You Can Trust, Since 2010
Publishing More Android Than Anyone Else
2
Today
105
This Week
857
This Month
3850
This Year
121458
All Time