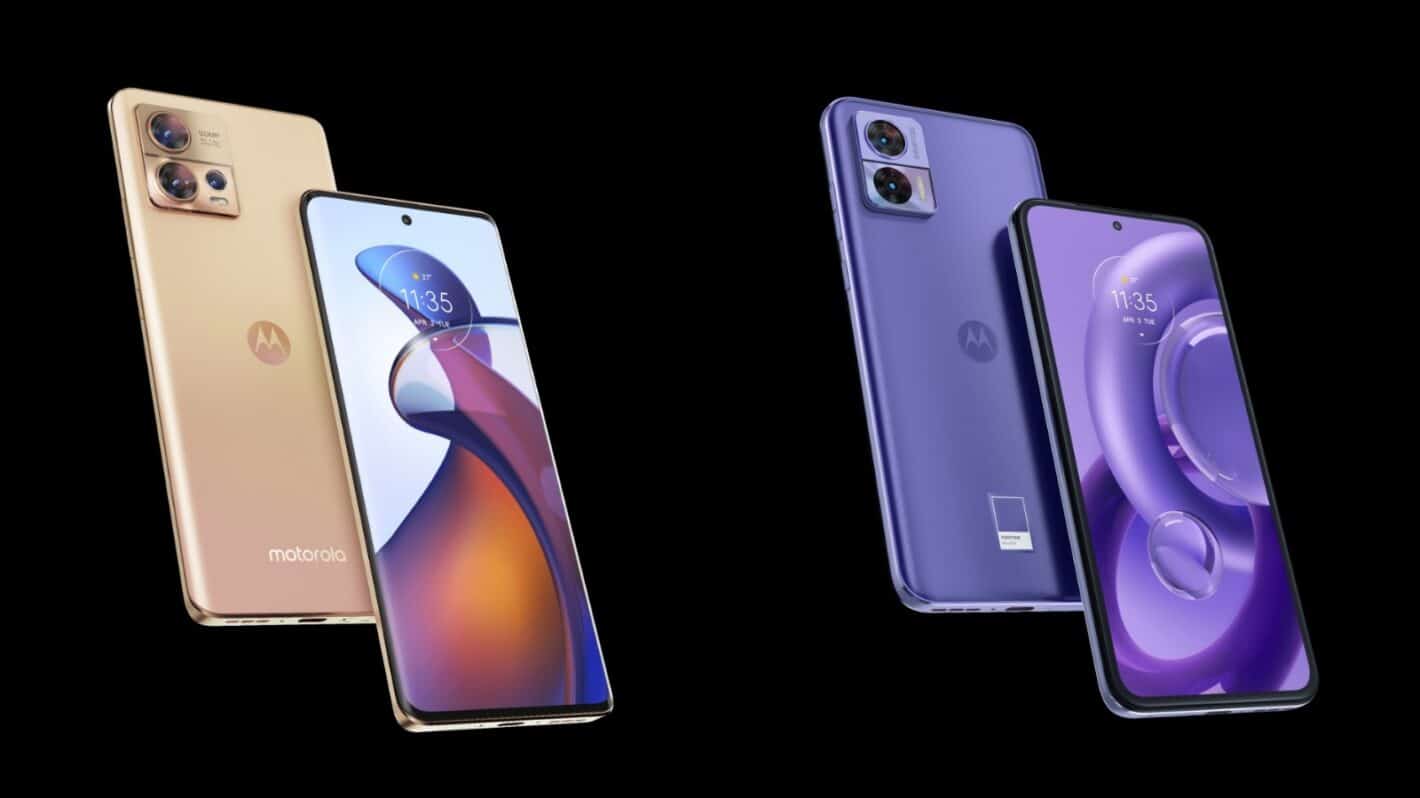 Motorola launched its Edge 30 Ultra flagship, alongside two mid-range devices, the Edge 30 Fusion and Edge 30 Neo. We’ve already talked about the flagship model in a separate article, and will not focus on the remaining two phones.

We’ll talk about the two phones separately below, as they are fairly different. They do have some things in common, though, of course. We’ll start with the more powerful model, the ‘Fusion’.

The Motorola Edge 30 Fusion has a sandblasted aluminum frame, and a glass back. Its display is curved, and a display camera hole is centered. The bezels are quite thin, and all of its physical buttons sit on the right side.

There are three cameras on the back, and we’ll talk more about them soon. Motorola’s logo is present on the back more than once, and the phone does look quite modern overall.

The device is fueled by the Snapdragon 888+ SoC. That is not the latest and greatest from Qualcomm, but it’s still an immensely powerful chip, and was the company’s flagship last year.

You’ll also find 8GB of LPDDR5 RAM on the inside, along with 128GB of UFS 3.1 internal storage. There are also two nano SIM cards here, and Android 12 comes pre-installed on the device. 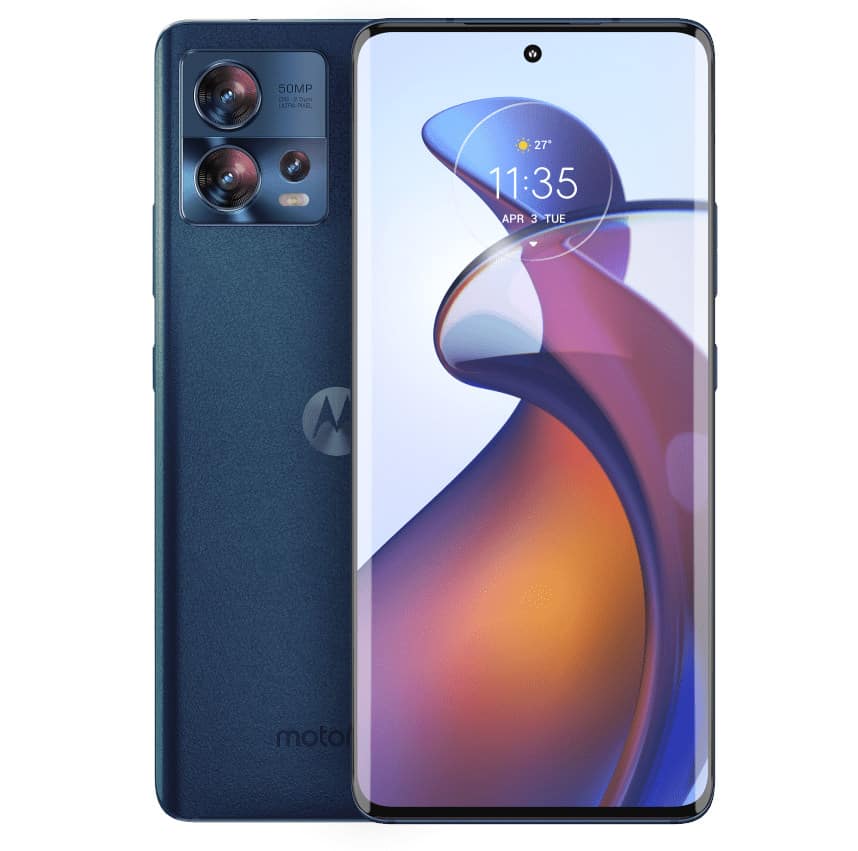 A 6.55-inch fullHD+ OLED Endless Edge display is also included, along with a 144Hz refresh rate. The phone offers a 360Hz touch sampling rate, DC Dimming, and it’s protected by the Gorilla Glass 5.

A 4,400mAh battery sits on the inside, and supports 68W wired charging. The phone also includes an in-display fingerprint scanner, and it is IP52 certified for dust and splash resistance.

The phone comes in Cosmic Gray, Aurora White, Solar Gold, and Neptune Blue colors (glass model). The Vegan Leather variant is available in a Blue variant only. The pricing for the device is €599.99 ($602).

The phone is available in Argentina, Brazil, and Europe today. It’s also coming to Latin America, the Middle East, and Asia in the coming weeks. India was mentioned in the mix as well, but it will likely arrive there later on.

The Motorola Edge 30 Neo comes as the first device comes as a result of a partnership with Pantone. There is a subtle Pantone chip inlay on each color of the phone, you’ll find it on the back. There is also an option to personalize the phone by integrating colors in the user interface.

The phone has rather thin bezels, and a flat display. A centered display camera hole is included, while its buttons are located on the right side. There are two cameras on the back, and Motorola’s logo as well. 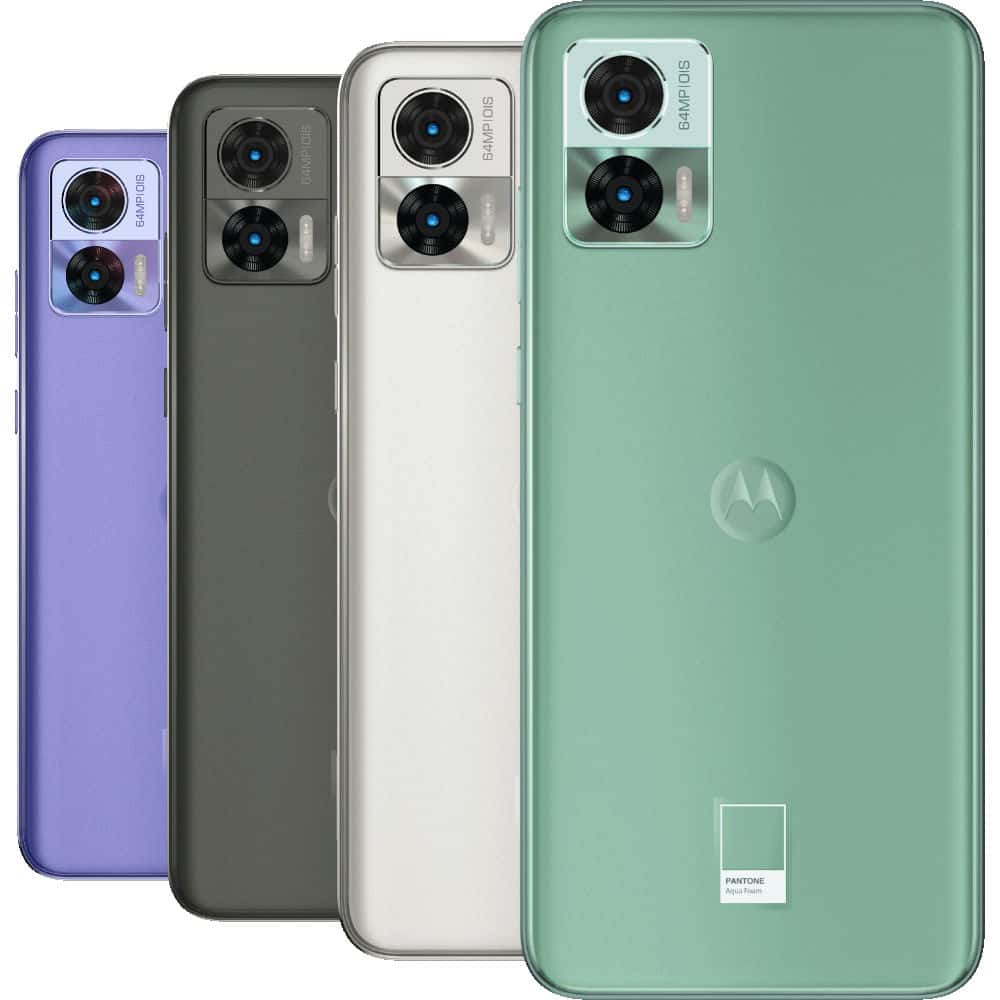 A 4,020mAh battery powers the device, and supports 68W wired charging, along with 5W wireless charging. 5G is supported, as on the other model, and Bluetooth 5.0 is included as well. The phone is IP52 certified, and has a rear-facing fingerprint scanner.

The Motorola Edge 30 Neo comes in Very Peri, Aqua Foam, Black Onyx, and Ice Palace color options. It is priced at €369.99 ($371). It’s coming to Europe in the coming days, while it will roll out to select markets in Latin America in the coming weeks.