Skip to content
Advertisement
Trusted By Millions
Independent, Expert Android News You Can Trust, Since 2010
Publishing More Android Than Anyone Else
24
Today
24
This Week
24
This Month
6625
This Year
116593
All Time
Advertisement Google started rolling out Android 12 to Pixel smartphones not long ago. I immediately installed it on my Pixel 4a, which I had at hand, and started using the device. At the time, that was my first contact with Google’s new OS, as I haven’t used Developer Preview or Beta builds of it. I continued using that device as I wanted to get the real feel of Android 12, minus Pixel 6 and 6 Pro-exclusive features. It has been about 10 days since I’ve installed it, and I have mixed feelings about it. In this article, I’ll talk about my love-hate relationship with Android 12, basically.

So, with every major software update, some things get improved, others not so much, while some aspects get downgraded. I’ve always hated when companies make changes just for the sake of change, and not to improve upon something. That always happens, though sometimes such changes are insignificant. Well, Google made a couple of such missteps in Android 12, but luckily not a lot. I’ve mostly liked my experience with Android 12 thus far, but some things managed to irk me.

Below, I’ll basically list a bunch of positives and negatives from my experience, in that order. Once again, this is based on my experience and it is my personal opinion of things that caught my attention and either had a positive effect, or a negative one. Your opinion may (and probably does) differ.

Here you’ll find things that I liked about Android 12, in order of (personal) importance.

One-hand mode, or as Google calls it, “One-handed mode” is a feature I’ve been waiting for… well, for a long time. This is a feature that many other OEMs have, and Google is more or less last to offer it. It was worth the wait, though, as it’s excellent. It’s very similar to iPhone’s “Reachability” feature. All you have to do is swipe downwards from the bottom of the display. Once you do that, your phone will basically shrink the display. The elements that are at the top will be brought to the middle of the display (approximately), making them easily reachable, so that you don’t have to do any hand gymnastics.

Many OEMs out there didn’t do a good job with one-hand mode, as they tend to shrink the display to the left or right corner, plus the gestures required to activate one-hand mode are not as intuitive. In my personal opinion, this is much better implementation, and it’s so seamless to use. I’ve found myself using it all the time, even on this small Pixel 4a handset. On the Pixel 6 and 6 Pro, it’s immensely more useful. On the Pixel 4a, I had to enable it manually, though, so keep that in mind. 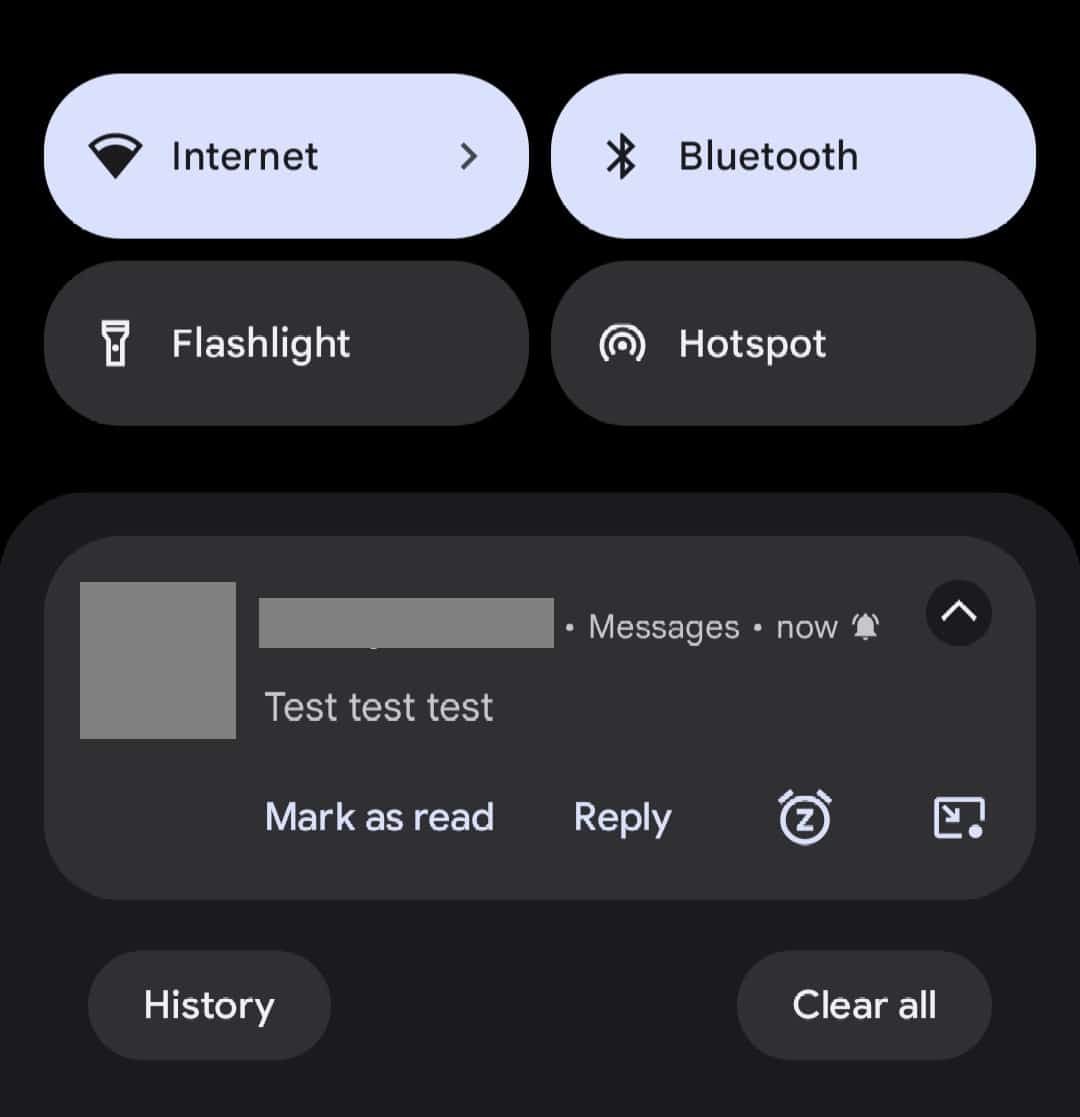 Google did a great job with animations and general UI feel in Android 12. That’s something I always expect out of Google, and they delivered once again. Even on a 60Hz display that the Pixel 4a has, everything feels nice and snappy. The difference between this and 90Hz or 120Hz refresh rate display is, of course, easily noticeable, but still, it’s much more enjoyable to use than many other UIs out there. I love most changes to the UI that Google made with Android 12 as well, and the general feel of it, in lack of a better explanation. I’m also really glad I didn’t stumble upon serious bugs or anything of the sort. There are still some things that need to be polished out, but I won’t nitpick. 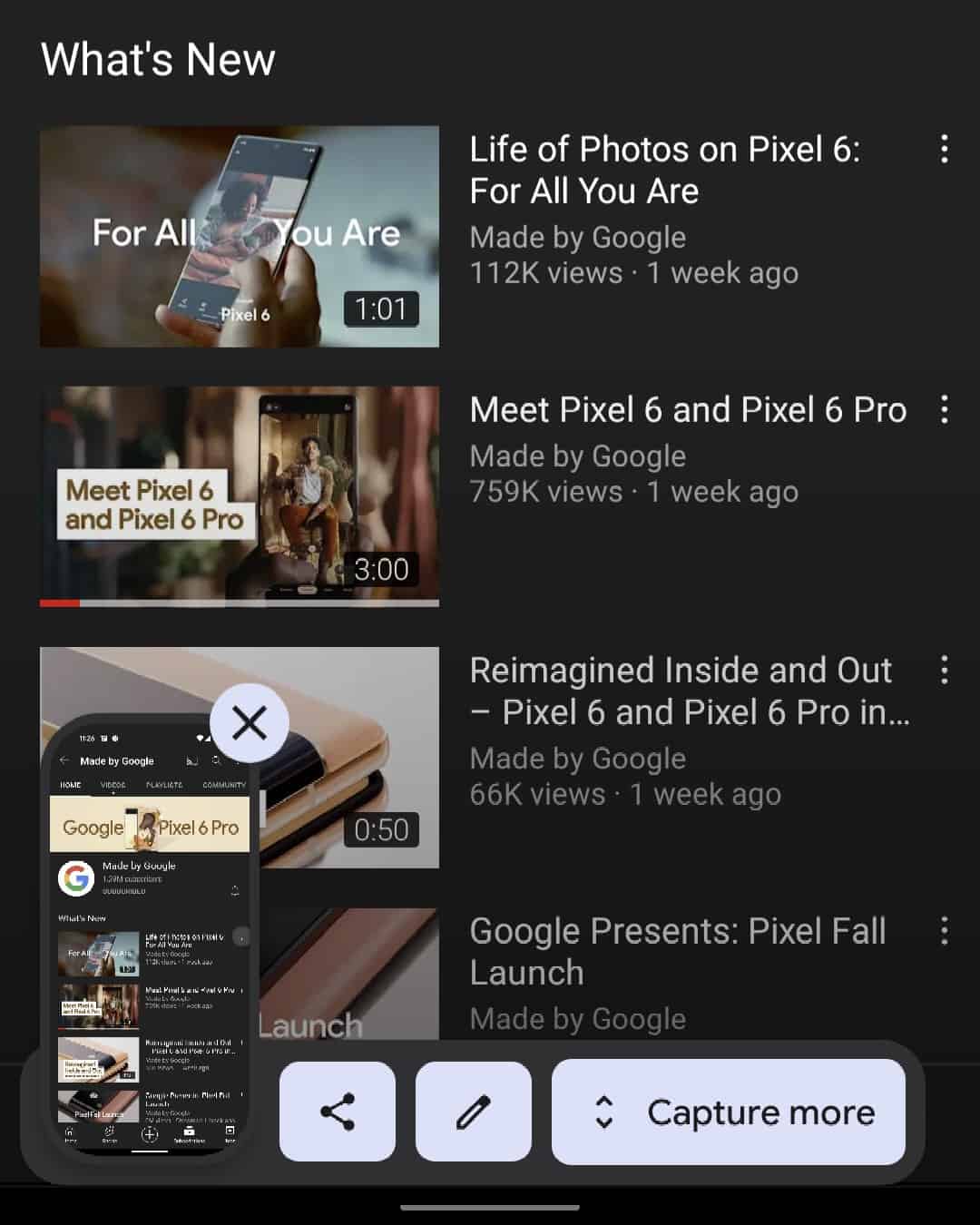 This is yet another feature that I’ve been waiting for Google to implement. It has been available on pretty much every other mainstream Android UI. On some, it has been available for years. So, what are scrolling screenshots? Well, this feature allows you to capture a taller screenshot, basically. If everything you want to take a screenshot of doesn’t fit on your smartphone’s display. You can easily tap the “Capture more” button, and the phone will continue scrolling and making a larger screenshot. Google’s implementation is really nice, though it doesn’t work everywhere. For example, I couldn’t get it to work in Chrome or Feedly. It worked perfectly in YouTube, Viber, and a ton of other applications. 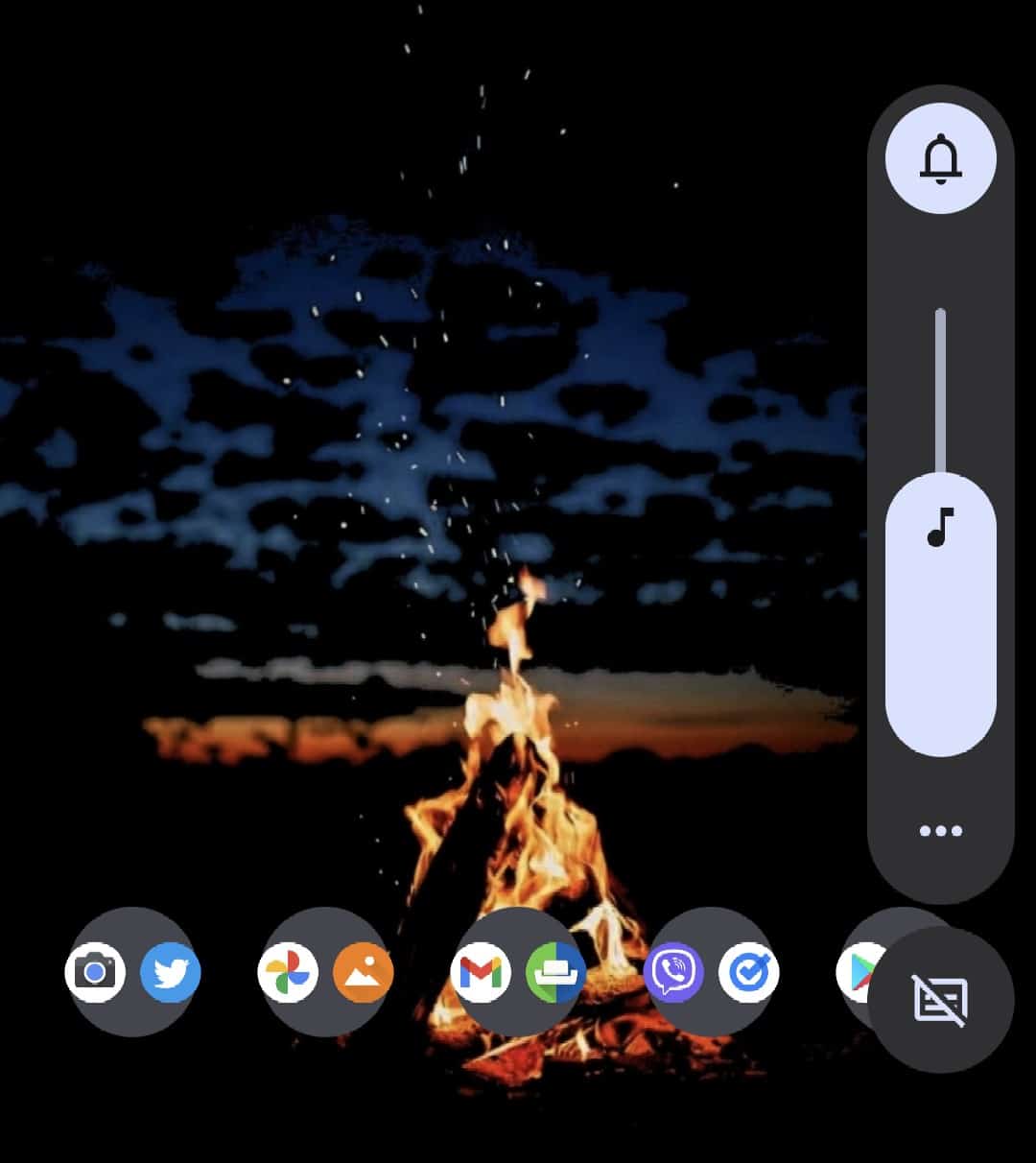 Google changed up the design of the volume panel in Android 12, and I’m here for it. The volume level indicator is now much thicker than it was, and the entire volume panel looks great. Also, instead of scrolling through standard, vibrate, and mute options, you can now tap on an icon and choose one of the three. I actually prefer it this way, though I wouldn’t mind if Google left it the way it was. The general design of the volume panel, on the other hand, is much better now, in my humble opinion. 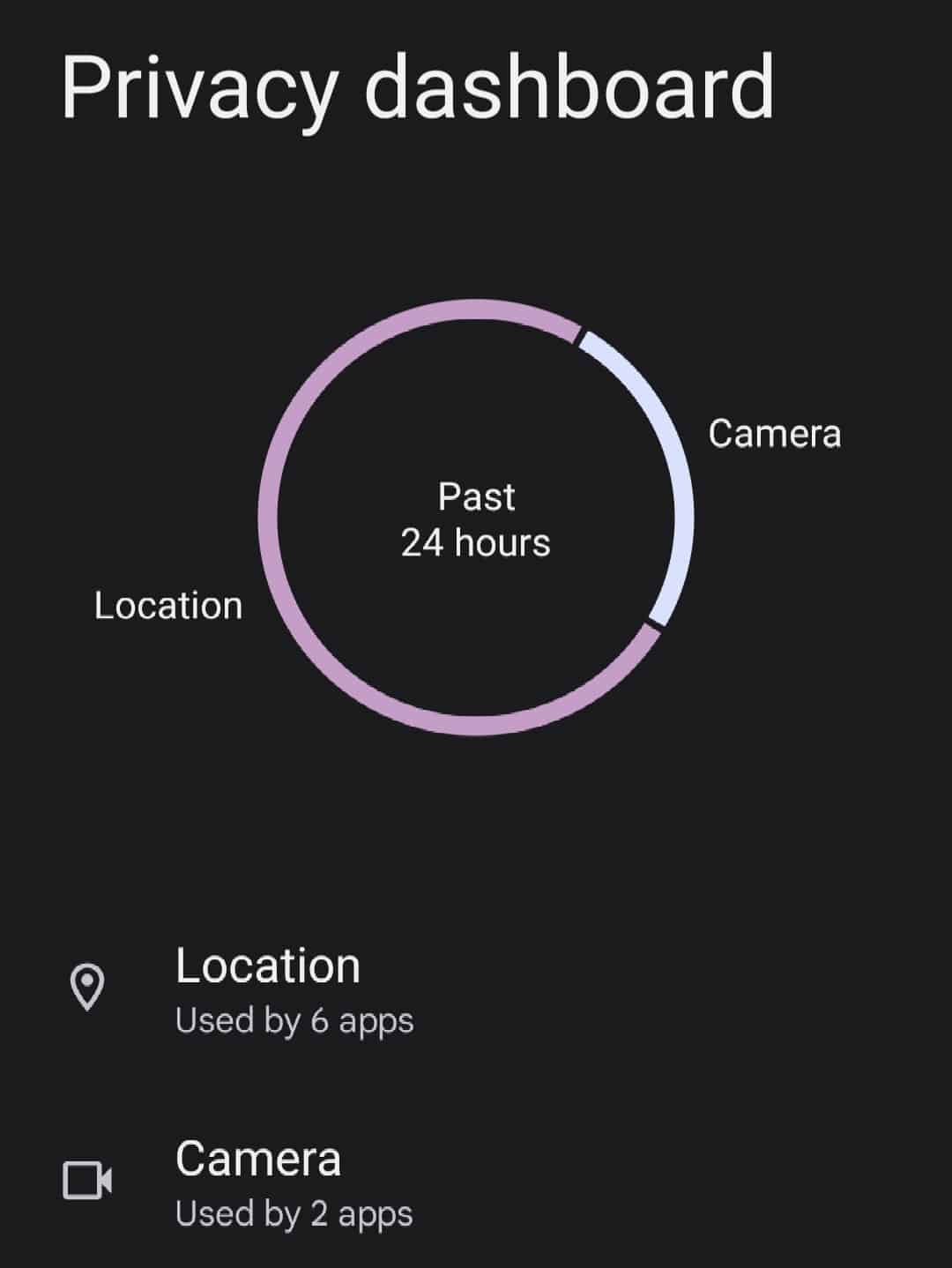 Privacy is extremely important, so I’m always for as many privacy features as possible. With Android 12, Google introduced something called “Privacy Dashboard”. That’s basically a new submenu in the “Privacy” menu on Android, and it shows you what permissions have been used in the last 24 hours, and by which apps. From here, you also have control over such permissions, and the UI also includes a nice pie chart that will keep you in the loop. If you spot an app that is not supposed to use a specific permission, or you don’t want it to do that, well, you can simply forbid it.

Here you’ll find things that I liked about Android 12, in order of (personal) importance. 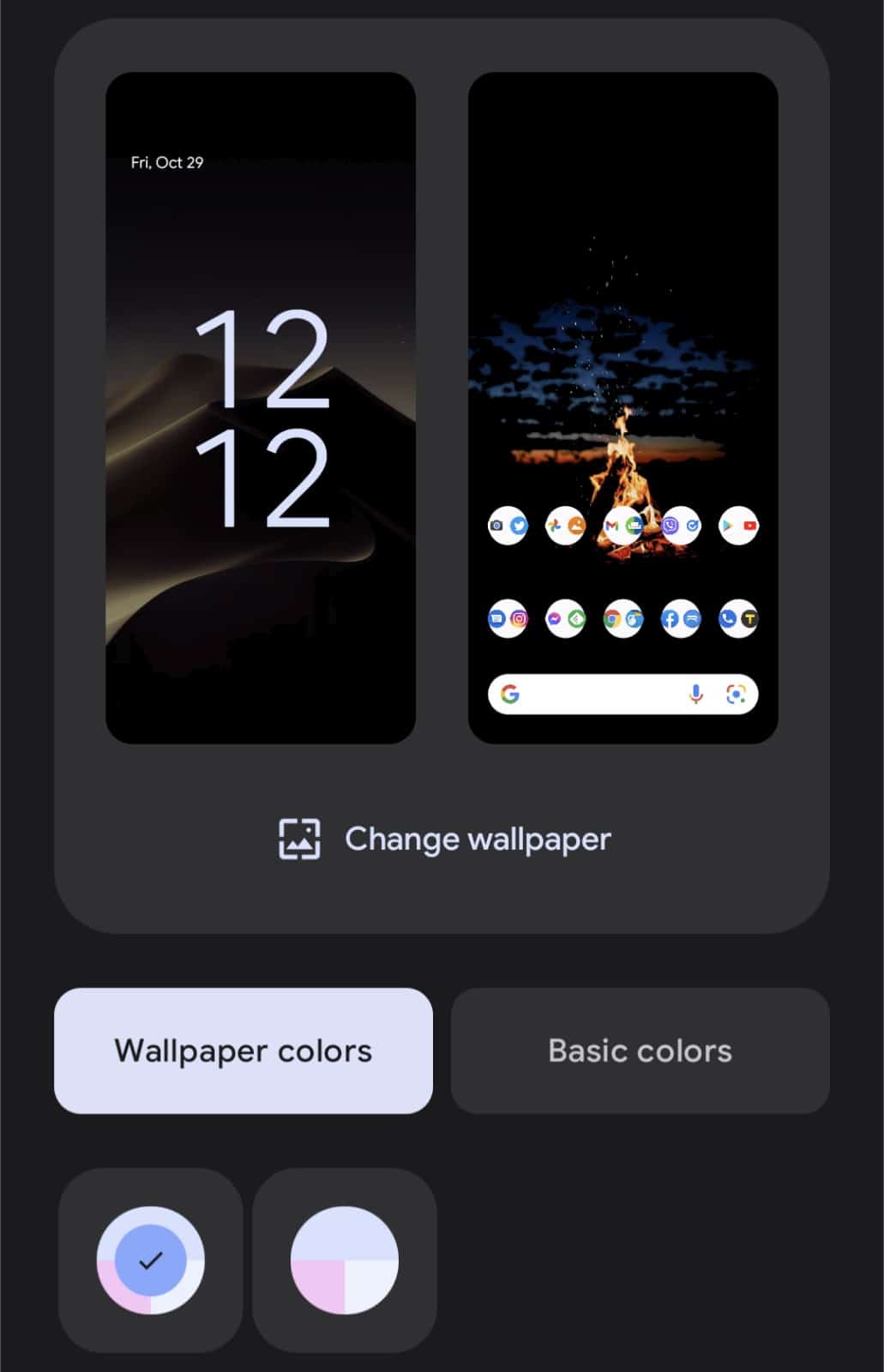 Ah… theming. This is definitely the feature that annoys me the most. Don’t get me wrong, I’m glad that Google is finally doing it, I just don’t like the implementation, at all. Back when I first heard about it, I was overjoyed. I was hoping that it will bring proper theming to Android, and by that, I meant tons of choices for us. That we’ll be able to select any color that we want, and that the system will adapt based on it. That would, ultimately, mean that we can select a pitch black color, and have those OLED blacks for our dark theme on Android, which is what I was planning on doing. Those dreams were crushed by Google’s Beta builds, and now that I’ve experienced the implementation myself, I really don’t like it.

Some people may like that the system adapts colors from the wallpaper, but I don’t really appreciate the way it does it. For example, if I use a wallpaper that has strong orange accents on it, that prevails, the OS tends to choose an entirely different color, and the ones it offers alongside them are not what I wanted. I would have preferred custom options, that’s for sure. I was also expecting more control over the notification shade, recent apps, and various other aspects of the UI (like Samsung’s Good Lock app offers), but that didn’t happen. All in all, I’m hoping that Google will improve this whole system with Android 13… significantly. 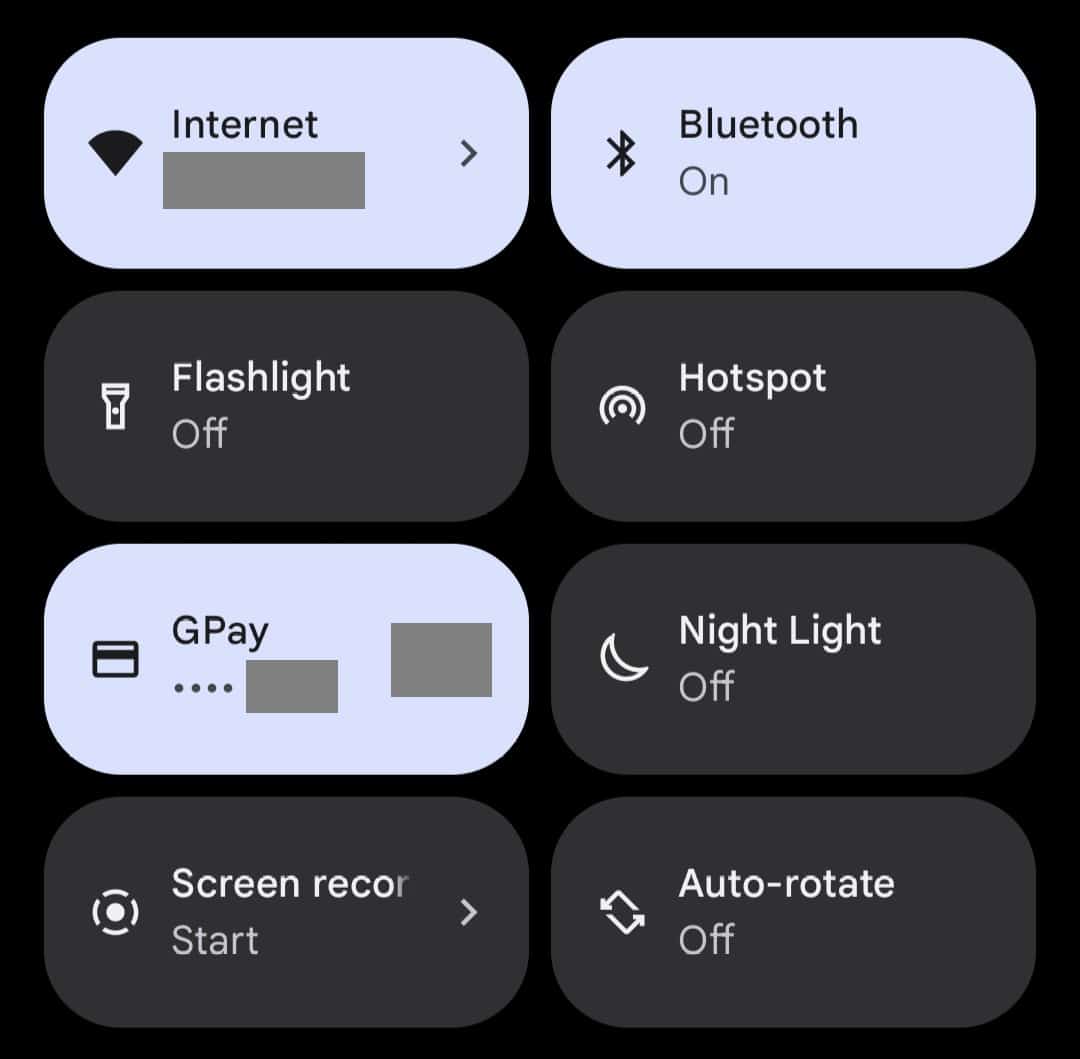 One of those “change for the sake of change” situations happened with Quick Toggles in Android 12. I was perfectly happy having a bunch of smaller quick toggles there, but Google decided to enlarge them for whatever reason. Now I can only see four quick toggles when I open the notification shade, and I hate it. I wish Google offered us an option to revert that change, and use smaller toggles. That wouldn’t be a problem to implement, and it would give people options. I’m sure that there are those that like these new toggles, and that’s perfectly fine, but for all others, Google, please give us an option to use smaller toggles.

There was one thing in Android 11 that I really didn’t like. There was no option to disable quick toggles when the display is locked. Sure, you can’t turn off WiFi, nor can you do anything extremely harmful, but it was still annoying. Some options were available, and that’s something I didn’t appreciate. In Android 12, that didn’t change. Not only that, but Quick Toggles now offer more information than ever. If you, for example, have a Google Pay Quick Toggle amongst the first four toggles, whoever takes your phone can see the last four digits of your credit card number by simply swiping down, without the need to unlock the device. I would love to see an option to disable the swipe-down gesture entirely when the device is locked. 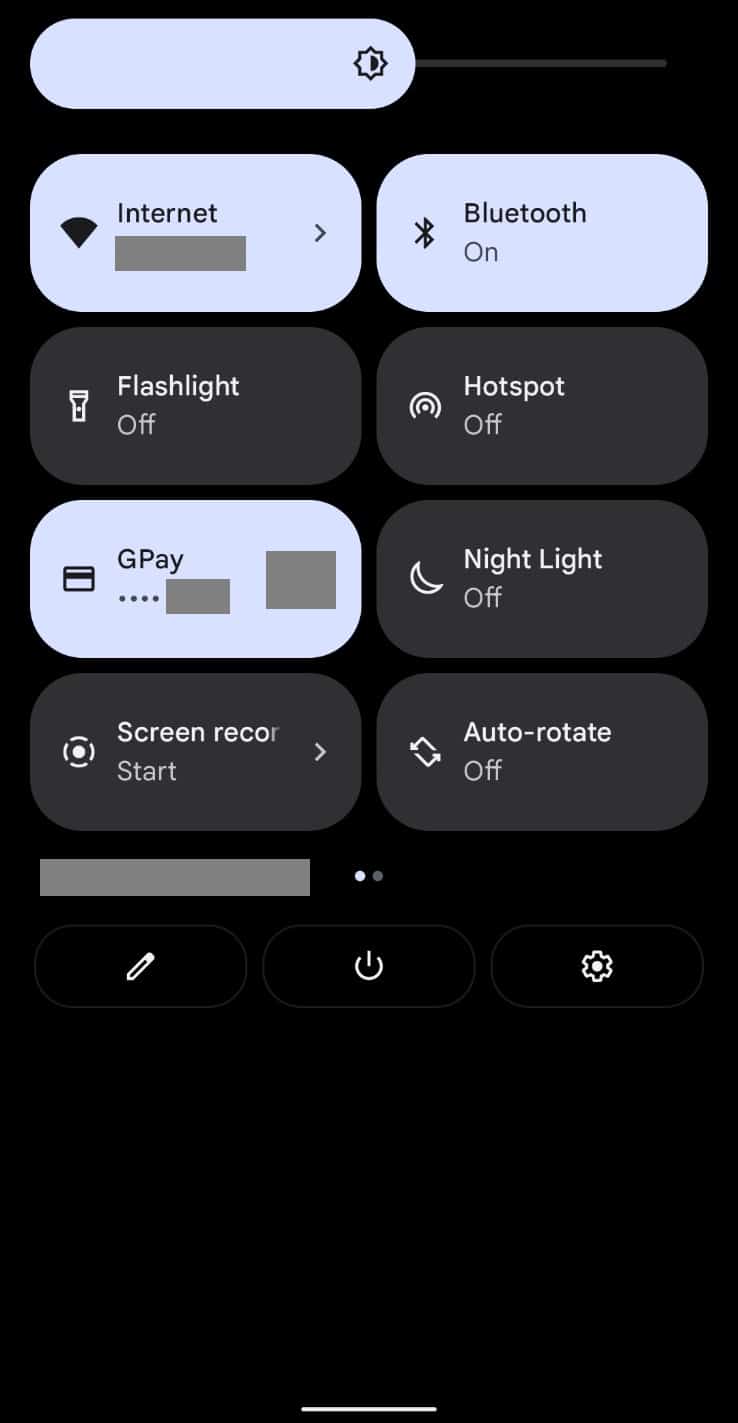 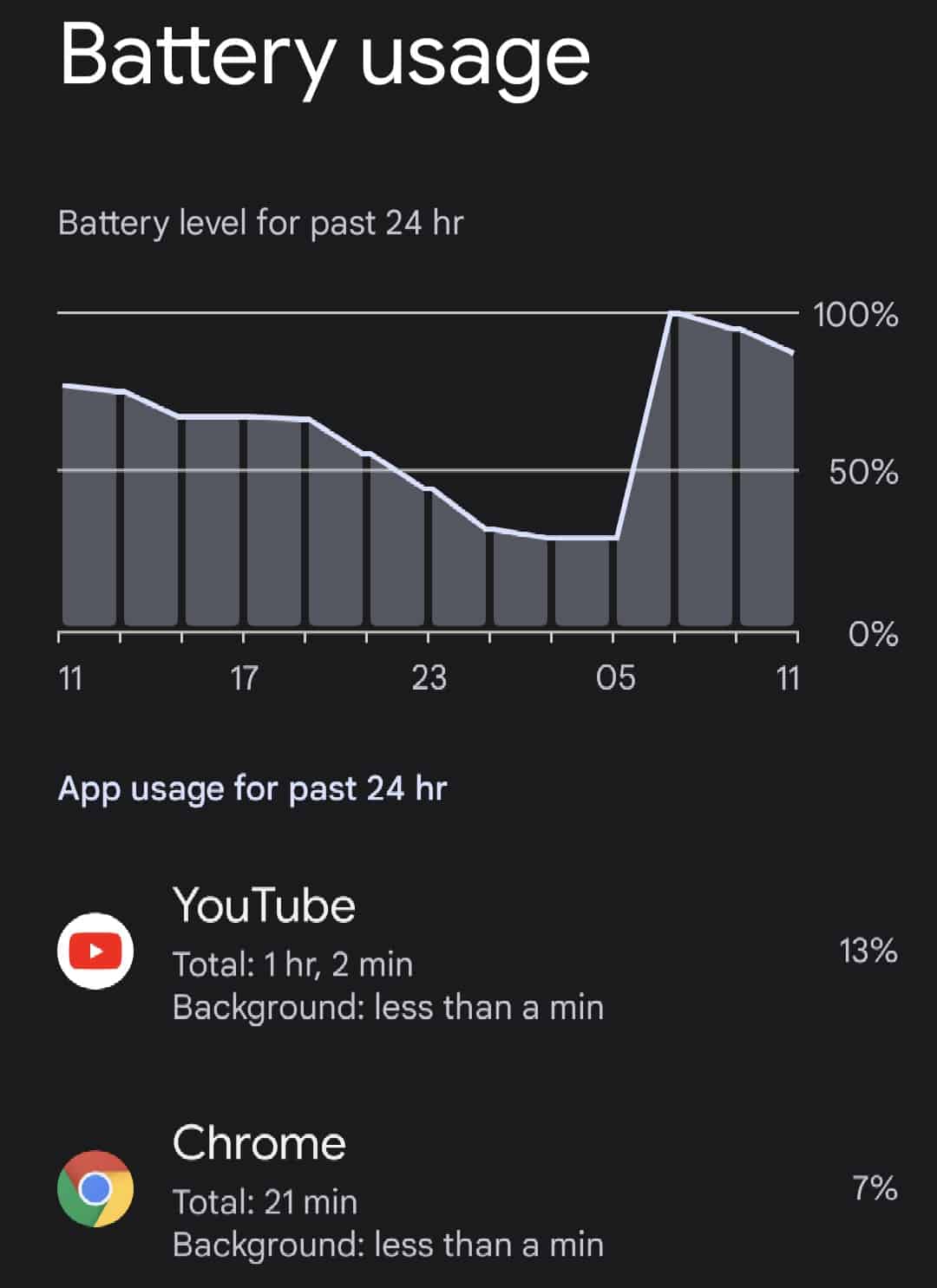 With Android 12, Google made battery consumption stats worse. Before, you were able to see detailed battery consumption stats since you last charged your phone (full charge). That was perfect to see what you’re working with, as most people full charge their smartphone overnight, and unplug it in the morning. You could keep track of everything with ease. Well, Google decided to replace that with stats for the last 24 hours, similar to what Apple did. Needless to say, this is far less useful. Not only for regular users, but it also makes life more difficult for reviewers. I really don’t understand why this happened, but I hope Google will revert this change in the future.