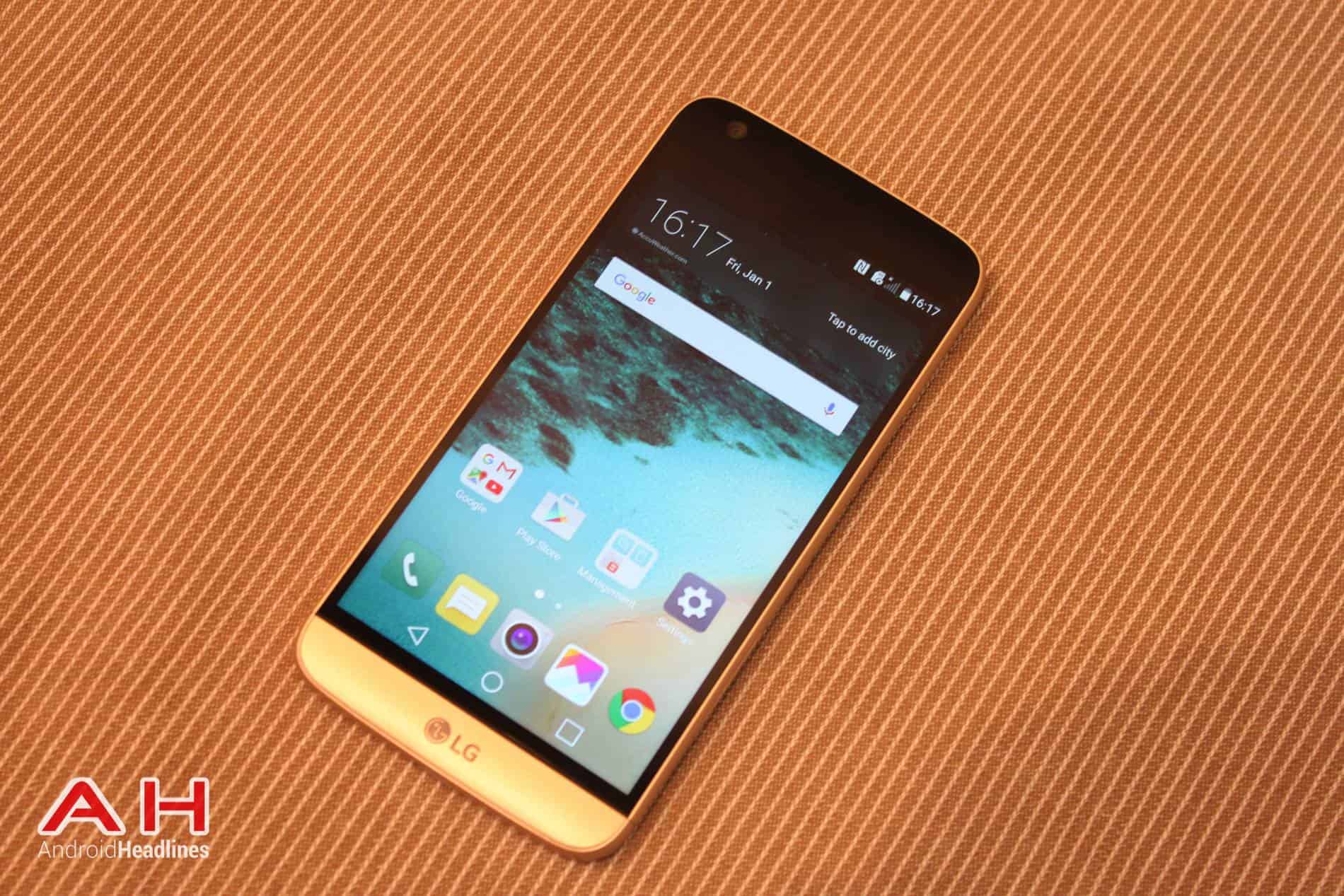 The LG G5 is the fifth iteration in LG's flagship 'G' line of devices. This handset is significantly different than its predecessors in terms of the design though, as it sports a modular design in a way. LG G5 is made out of metal, but it's 'chin' is removable, and LG has released various 'modules' which can be attached on the bottom of the device, like the LG CAM Plus camera module, for example. On the LG G2, G3 and G4, both the power / lock and volume rocker buttons were placed on the back of the device, well, that's not the case here any longer. Only the power / lock key is back there (also a fingerprint scanner), while the volume rocker keys are placed on the left-hand side of this device.

The LG G5 features a 5.3-inch QHD (2560 x 1440) display, along with 4GB of RAM and 32GB of expandable internal storage. This smartphone is fueled by the Snapdragon 820 64-bit quad-core processor, and an Adreno 530 GPU. The 16-megapixel OIS camera is placed on the back of this smartphone, while the 8-megapixel shooter can be found up front. Android 6.0 Marshmallow comes pre-installed here, and on top of it you'll find LG's UX 5.0 skin. LG G5 features the 'always-on' display function, offer's Qualcomm's Quick Charge 3.0 function, and packs in a 2,800mAh removable battery. This handset measures 149.4 x 73.9 x 7.7mm, while it weighs 159 grams.

The LG G5 is a new approach to a smartphone by this Korea-based tech giant. The G5 is a modular smartphone, well, kind off, and it does have a lot to offer. This phone is significantly different than its predecessors, and it sports great specs. That being said, the LG G5 is not the most affordable smartphone out there, but if you're into the market for an ultimate Android flagship which puts something new to the table, well, the LG G5 is definitely one of them.