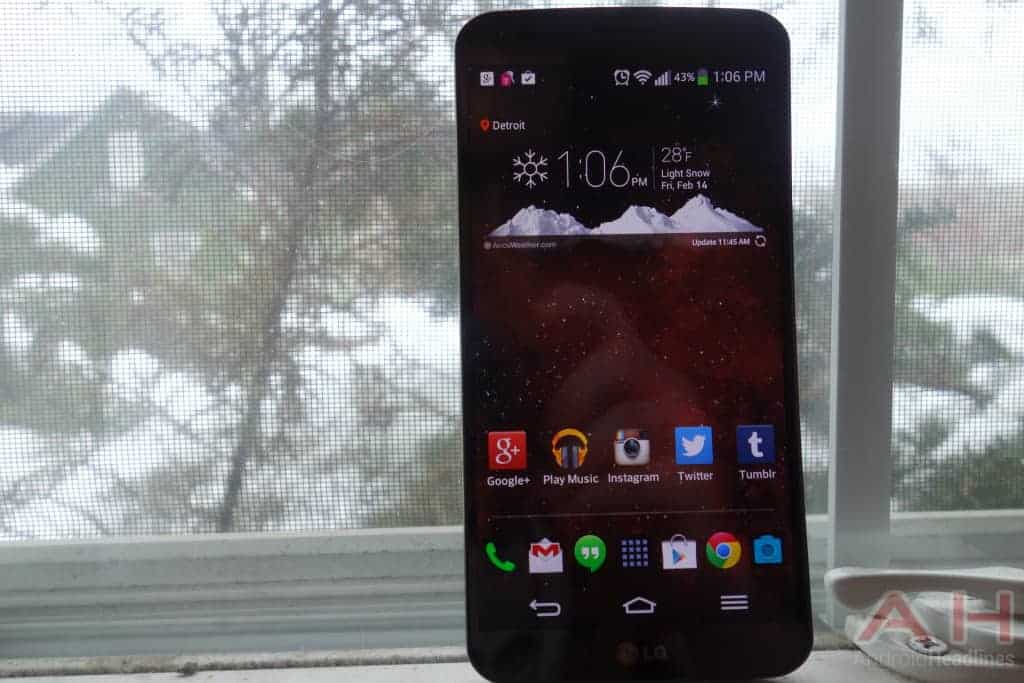 The LG G Flex was officially announced on October 27th 2013, and would later be released in the first quarter of 2014 on all major U.S. carriers, and was launched on November 13th of 2013 in LG's home country of South Korea. The LG G Flex would be the OEM's first device with a curved display, weighing in at 6-inches in size. It sported the same revolutionary back placement of the buttons for the volume rocker, the power buttons and the camera button, and also came with a self healing back battery cover that would cure scratches and scuffs as to diminish imperfections.

When it comes to the specs, the LG G Flex was sufficiently supplied with some powerful and decent hardware. It carries a 6-inch curved P-OLED capacitive touchscreen with 720 x 1280 resolution and 245 ppi, protected by Gorilla Glass 2. Inside, the LG G Flex carries a Qualcomm MSM8974 Snapdragon 800 quad-core processor, an Adreno 330 GPU for the graphics and 2GB of RAM. It only came with a 32GB storage space option and had no microSD card slot for expandable storage. It comes with a 13MP rear facing auto-focus camera with LED flash, and a 2.1MP front facing camera. It runs Android 4.2.2 out of the box and is powered by a non-removable 3,500mAh battery. It supports 2G, 3G, and 4G LTE Networks, as well as Bluetooth 4.0 LE, WiFi 802.11 a/b/g/n/ac, NFC, and GPS.

With its large 6-inch curved display and self healing back, the LG G Flex had some great appealing features. Due to the size of the screen, content was clear and visible and because of the curved back holding it in the hand was comfortable. The screen felt bright and sharp, because of the back placement buttons they were easy to hit, and it was still easy to fit in a pocket despite the size. The LG G Flex took pretty good pictures, and overall sound quality was decent.