The Huawei X Gentle Monster Eyewear II smart glasses look like a regular pair of glasses, but they’re much more than that.

Huawei supplied us with a review unit of the Huawei X Gentle Monster Eyewear II, but didn’t have a say in our opinion, nor did they see this review before you. We’ve been using the device for over a week before forming an opinion.

Huawei is back with its second-gen smart glasses, and the company once again partnered up with Gentle Monster. For those of you who don’t know, Gentle Monster is a South Korean sunglasses and optical glasses brand. This is a relatively young company, as it was founded back in 2011. It managed to create a name for itself rather quickly, though. The two companies came up with the Huawei X Gentle Monster Eyewear II smart glasses, which is a mouthful, that’s for sure.

The two companies actually announced four different models for these glasses. They’re only different in terms of the design, other than that, they offer the same set of features. The model that I got to review is called ‘Smart Myma’, and this is a fairly large pair of sunglasses, we’ll get to that, though. Out of the four models that Huawei announced, three are essentially sunglasses, while the remaining ones are reading glasses. Yes, you can get a special set of regular reading glasses, and have some smart features in them.

Well-executed design, but they are a bit too wide

So, the design. The Huawei X Gentle Monster Eyewear II smart glasses do look like a regular pair of glasses. They do have thicker sides, but they’re not obscenely thick, not at all, They are just a little bit thicker to accommodate speakers, and touch panels that you’ll find there. We’ve seen much worse implementations of such components. It’s actually almost impossible to know these are smart glasses just by casually looking at them. If you take a closer look, you’ll see the speakers, though. 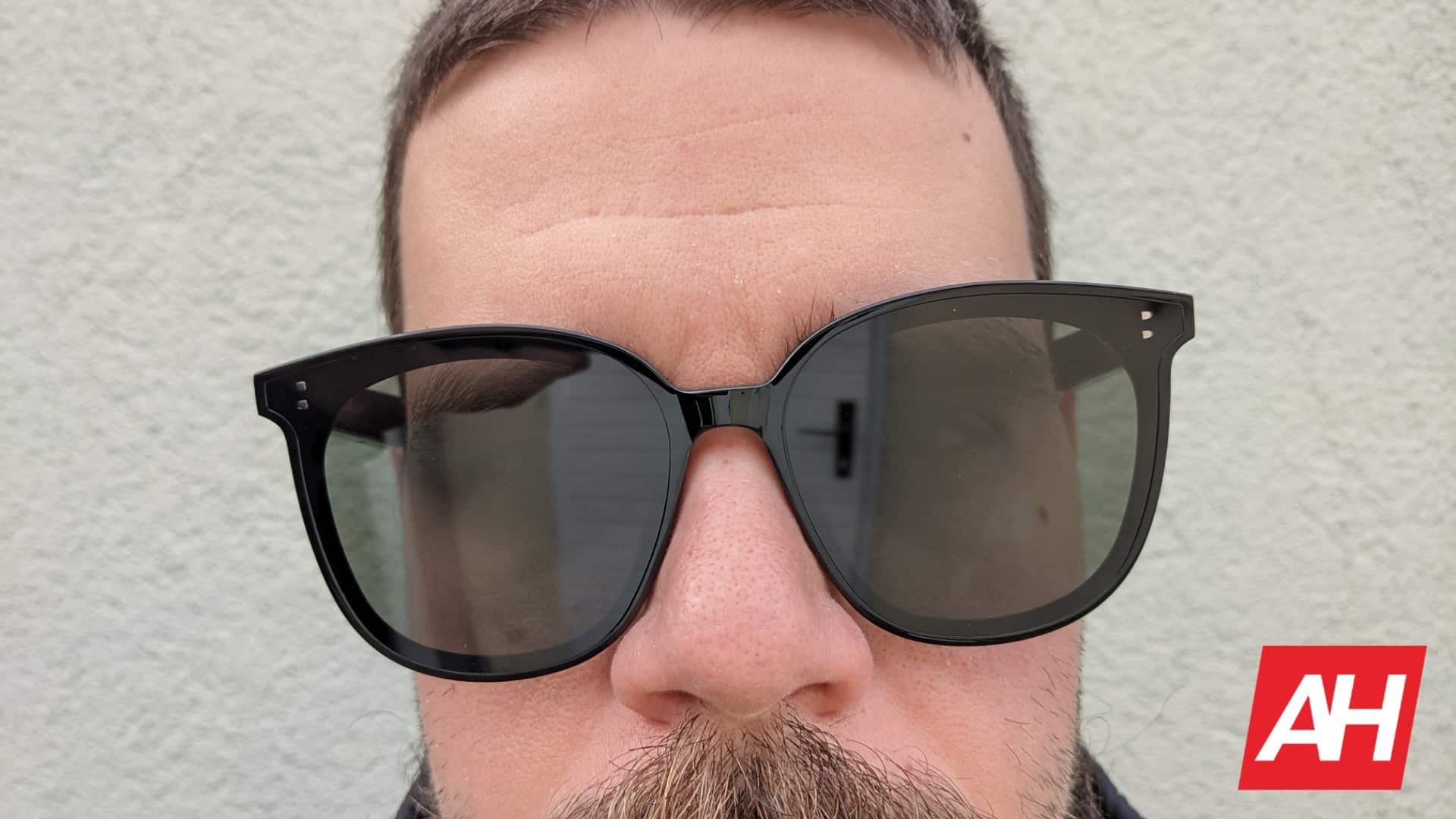 This particular pair that I reviewed, is quite wide. My head is not small, and yet they feel a bit large for me. There are smaller variants, though, so you’ll just need to figure out what pair fits you. I can only speak for the ones I reviewed, of course. Having said that, they are quite wide, and the lenses are flat. That results in some glaring on the sides, it’s as if you have rearview mirrors on the sides of your eyes, kind of. You do get used to it rather fast, though, it’s not something that will continuously annoy you. Besides, if you do get the right size, you won’t have this problem at all.

The glasses themselves do feel quite sturdy, despite the fact the connection with the sides doesn’t inspire confidence. As you can see, the main part of the glasses is connected to the stems with a rather thin piece of metal. As I already mentioned, this doesn’t really inspire confidence, but it’s quite sturdy, surprisingly sturdy. It is also worth mentioning that Gentle Monster used titanium elastic hinges here, which is why it managed to keep them so small. Needless to say, titanium is considerably stronger than your regular metal. I don’t think this will be an issue in the long run, at all, but we’ll see.

The glasses themselves combine metal and plastic when it comes to the build materials. They are a bit heavier than your regular smart glasses, but they’re not heavy to the point you’ll be annoyed by them. Quite frankly, Huawei and Gentle Monster managed to keep them quite light at 48.1 grams. Do note that this is the weight of my pair, the rest of them are even lighter (44.6, 45.45, and 44.2 grams, depending on the model).

These smart glasses come packed inside a rather fancy case. That is a hardshell case, which will keep your glasses protected when you’re not wearing them. This is not a regular case, though, as it also acts as a charging station. The idea is similar to what you get with truly wireless earbuds, actually, well, kind of. This changing case does not come with a battery of its own, like cases for TWS earbuds do. You will need to connect the case into a power source, while the glasses are on the inside in order to start the charging process.

Placing them inside, and taking them out is extremely easy, and feels natural to do. Also, the case is lined with some sort of fabric on the inside, and that layer is quite thick on the top, so that the glass lenses stay well protected. The case does support fast charging, though. When you connect it to the power source, and the glasses are charging, you’ll notice a green notification light on the front of the case. Speaking of charging, all you’ll need to do in order to charge these is a Type-C cable, which does come in the box. The glasses will wirelessly charge inside the case, by the way.

They do what they're made for, and they do it well

What about the performance, what it’s like using them? Well, I was actually kind of surprised, to be quite honest, pleasantly surprised. I was expecting this heavy pair of smart glasses that will feel odd to use. I didn’t think it’ll feel like I’m using regular sunglasses… but it did. That’s a really, really good thing. You can simply use these as your regular pair of sunglasses, and fire up “smart” features when you need them. They’re quite comfortable, and even though the sides did feel a bit heavier and thicker than on regular sunglasses, I got used to it rather fast. Even after prolonged use, I didn’t feel any fatigue. 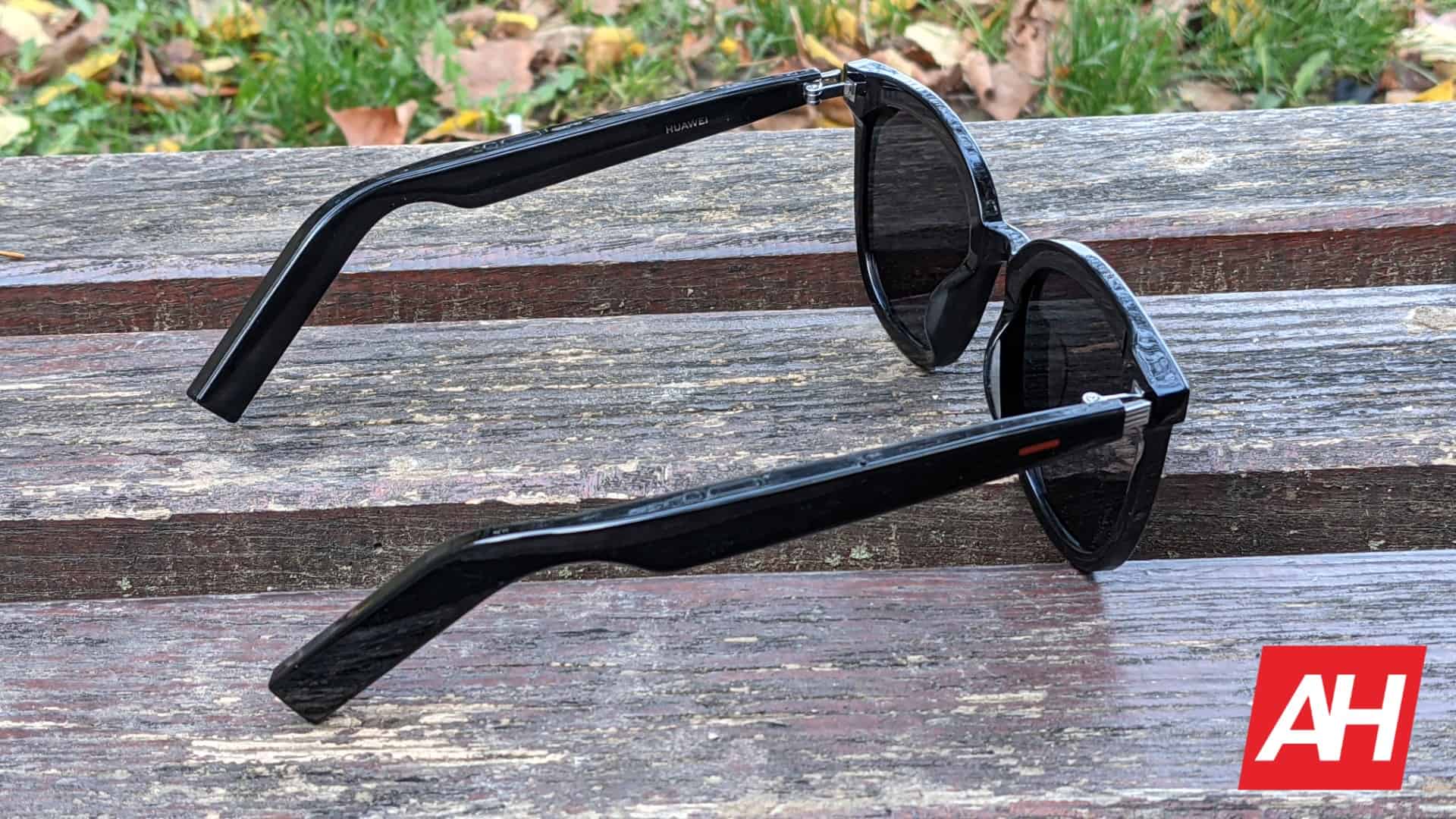 I actually used these during rather cloudy weather, which was present most of the time. We didn’t get much sun here over the last two weeks, so I didn’t get to use them in optical conditions. Luckily, it was somewhat sunny at times, so I was able to test out those lenses as well. I’m not an expert on sunglasses, far from it, but looking through these feels right. They’re not too dark, and yet they don’t go too far in the opposite direction either. As a regular pair of sunglasses, they feel just fine.

When it comes to “smart” features, well, there are quite a few of them. Before I get into that, it is worth noting that I generally didn’t have issues with “smart” features, other than the fact I didn’t get a proper connection on one instance. Speakers on the right side did connect, while the ones on the left did not. That lasted for about 5 seconds, after that point, the left side got reconnected as well. Other than that, the connection was really good, actually. Speaking of which, after you move these glasses from your face, whatever audio you were playing, will stop playing. Once you put them back on, it’ll continue playing. That’s a really useful feature to have. More on the audio a bit later.

Now, I’ve mentioned touch panels earlier. They’re included on both the right and left sides of these smart glasses. Those touch panels respond to both touch and swipe commands. They are customizable via the company’s AI Life app which you’ll find in the Google Play Store. You can swipe on the right side to switch tracks on your playlist, while swiping on the left will adjust the volume. Double tapping the right side will let you play / pause music. Double tapping the left side will wake up the voice assistant. If you, however, double-tap either frame side while someone is calling you or you’re in a call, you’ll be able to answer / hang up. The last acting that these frames allow is pinching. If you pinch the left side, you’ll enter pairing mode. All of these gesture controls work really well, as the touch panels are quite large. 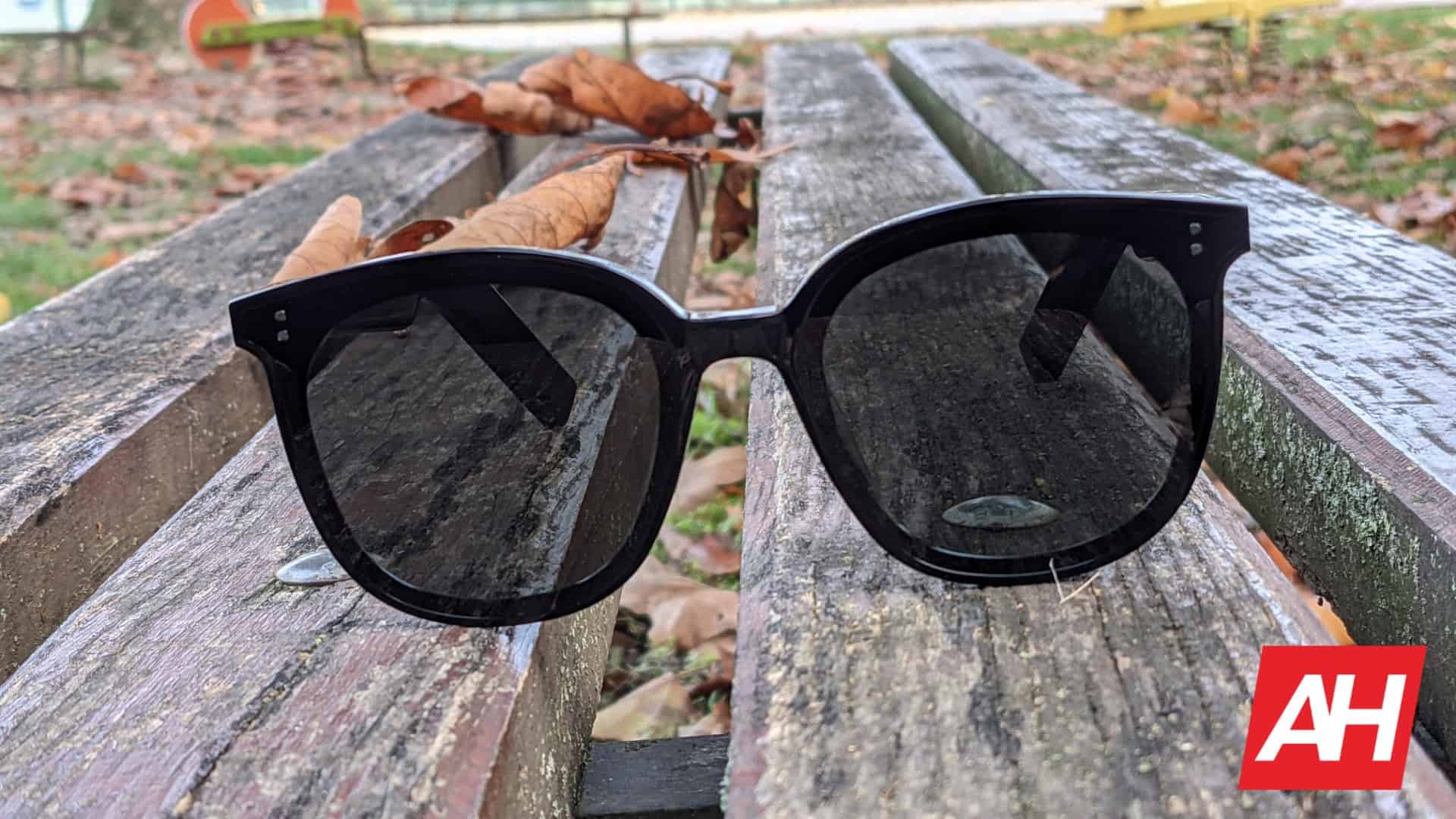 In terms of audio, well, Huawei and Gentle Monster did a fairly good job here. I was surprised as to how good the audio sounded, while keeping it focused on my ears. The sound does leak, and others can hear it, but it’s not nearly as bad as some of you may think. The sound leakage also depends on the volume of what you’re listening to, of course.

Huawei has included a semi-open speaker here, and a 128mm large diaphragm. That goes for both sides, of course. A brand new acoustic system can reduce sound leakage by up to 12 dB. The company is using inverse sound waves to minimize sound leakage. During my usage, I’ve listened to music, podcasts, and handled some phone calls. 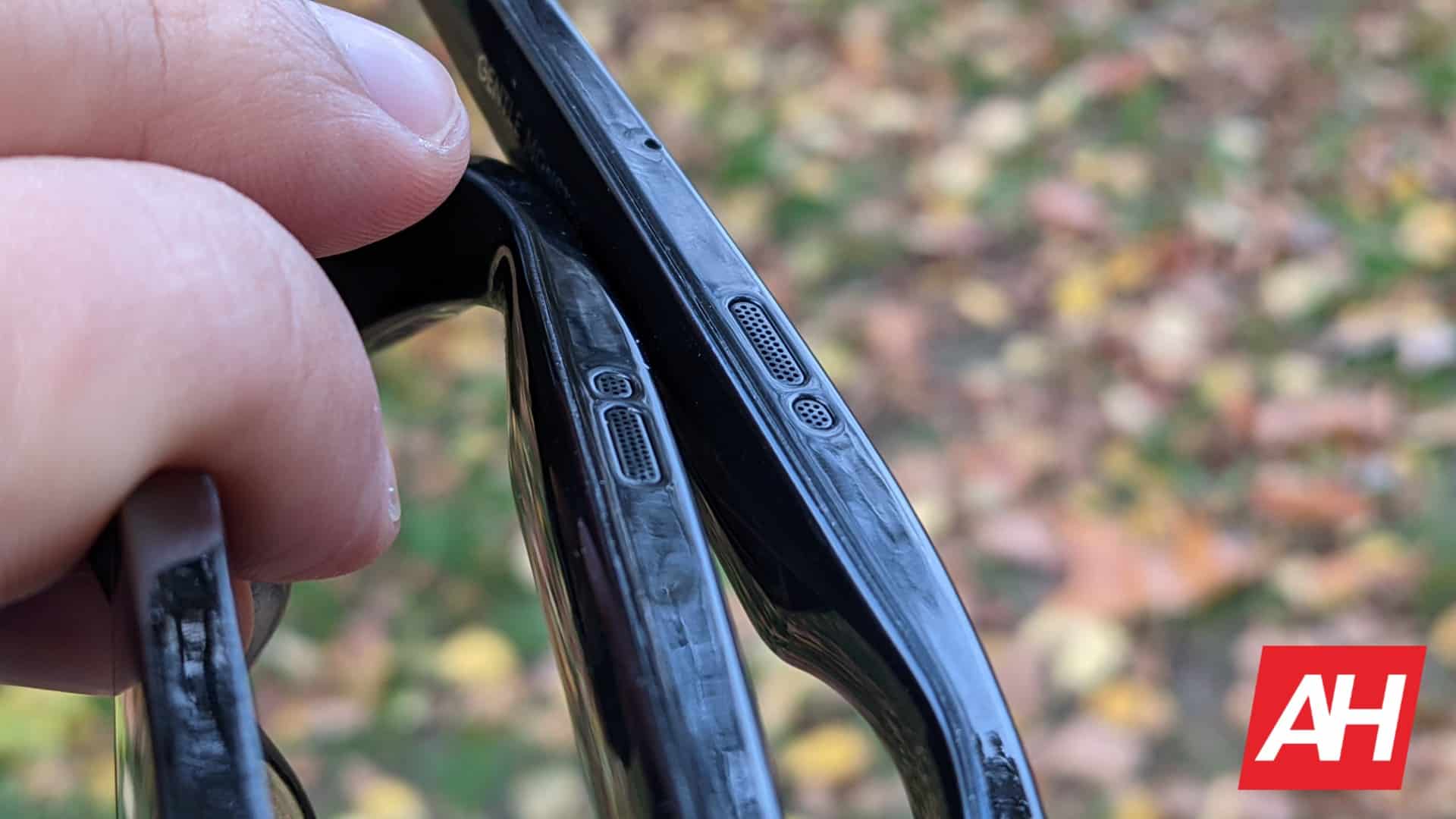 What is noticed is that both music and podcasts were easy to hear, as if average open-ear earbuds were in my ears. When it comes to calls, well, I had a somewhat different experience. The sound was not exactly great, as people I was talking to sounded like they were far away. Still, I was able to hear them in quiet environments, it became quite a task to do the same out in the street. The positive is, however, that I sounded great on the other end. Some of them even said that they had to lower the earpiece volume.

I’ve also played a couple of games while having these on, and the experience was quite good. These smart glasses are using Bluetooth 5.2, and I didn’t have any issues with sound latency while gaming, or anything of the sort. It was a good experience overall. 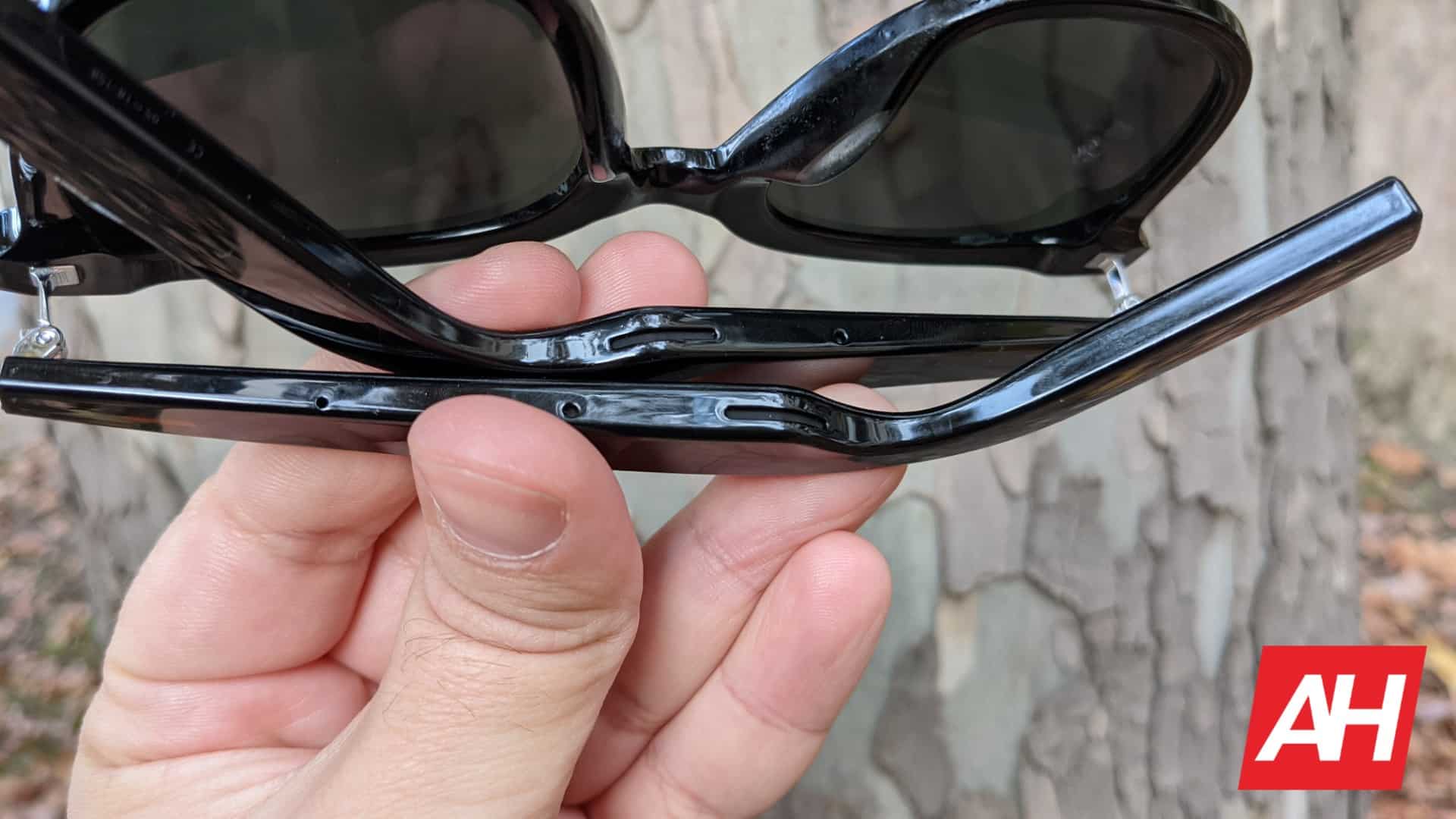 Battery life is good, but not earth-shattering

Some of you are probably wondering what was the battery life like. Well, it was about the same you’d get out of some TWS earbuds. Do note that it depends on how high the volume is, of course, so it can vary. The company is advertising 5 hours of playtime with the volume level set at 60-percent. I didn’t try to replicate that exactly, as I set the volume depending on the situation I was in. Depending on the outside noise, what I’m doing at the time, what I’m listening to, and so on. So, sometimes it was way higher than 60-percent, sometimes lower. 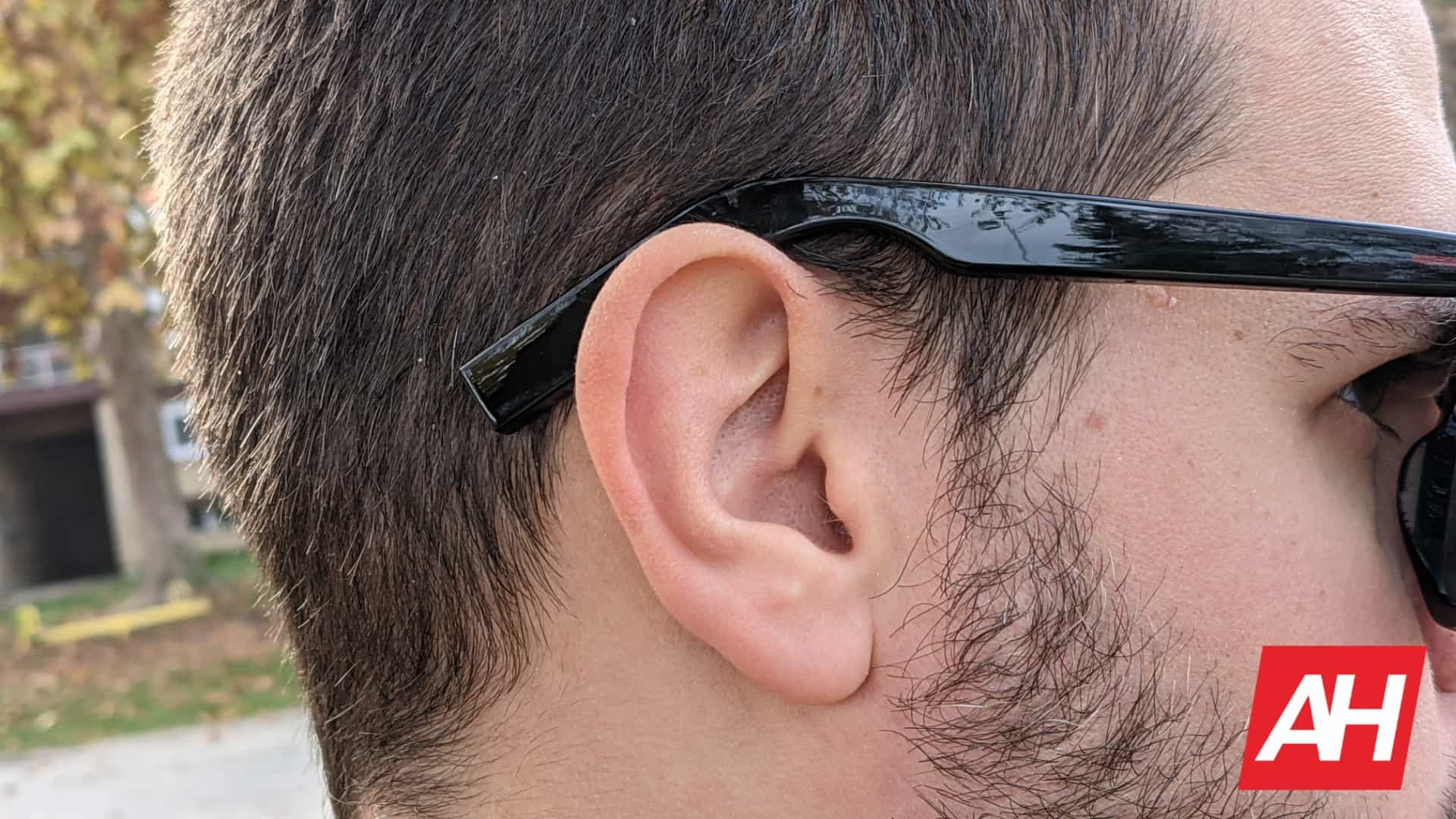 Having said that, during my usage, I was able to get between 4.5 and 5 hours of playtime out of these glasses, approximately. As I said, it varies depending on what you do. That’s not bad, the only downside is you’ll need to plug in the case in order to charge them, so you won’t be able to charge them on the fly. Such battery life should be more than enough for most people, though.

They're good, but not for everyone

The Huawei X Gentle Monster Eyewear II smart glasses aren’t exactly cheap. They’re priced at over £300 / €300 in Europe, depending on the country. They’re also available in Asia, and Mexico. Having said that, are they worth that much money? Well, if you like the design of these, and you were going to spend some money on sunglasses either way, forking out a bit extra for smart features may be worth it to you. The question is, do you need / want those ”smart” features in your sunglasses? 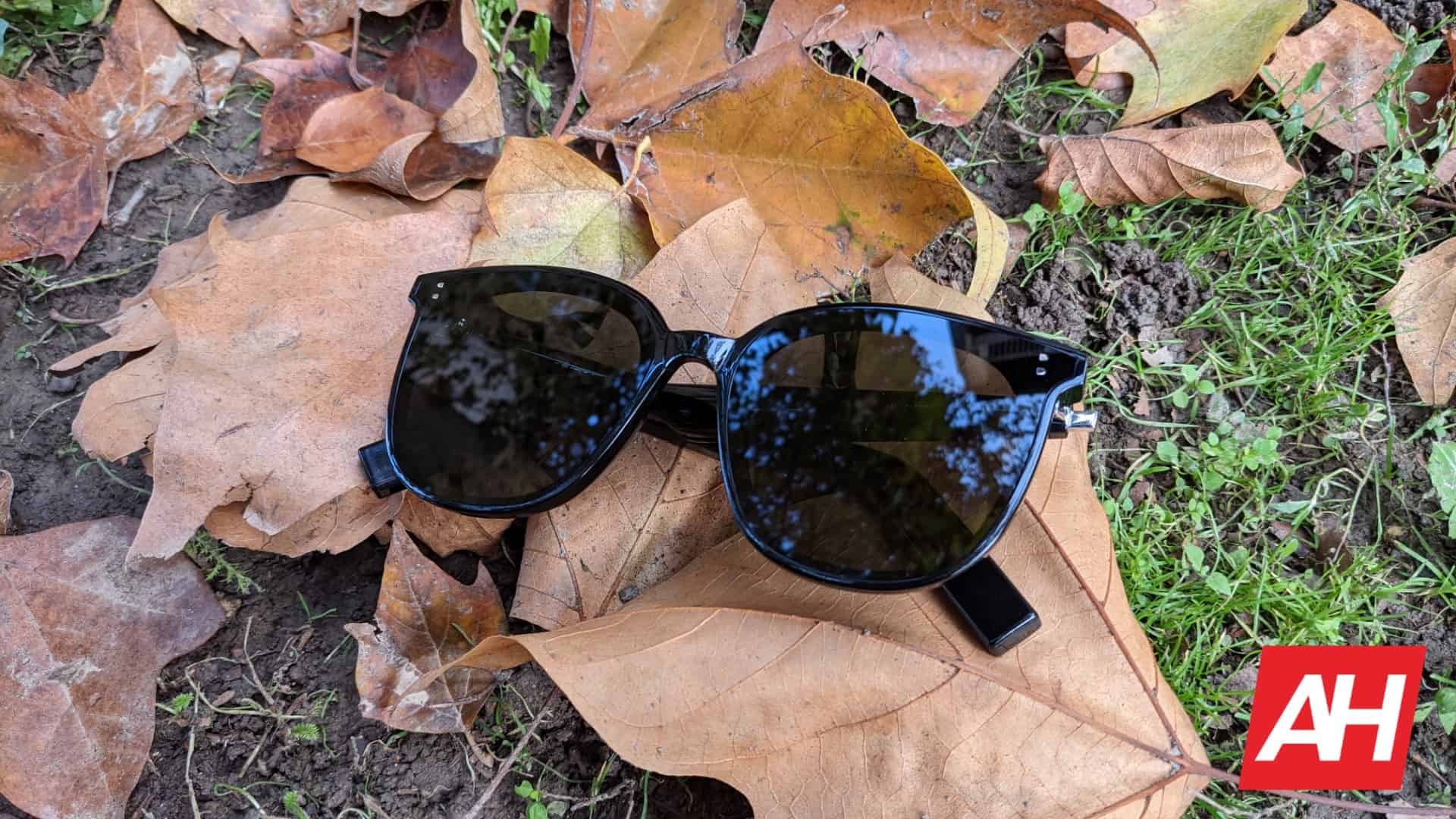 If the answer to that question is yes, and you can spare the money, then sure, go for it. These smart glasses are well-built, while the audio is surprisingly okay, considering these are glasses, and your ears are completely free of any devices. The performance is good, the touch panels work as intended… all in all, it’s a good product.