The Huawei P50 Pocket is now official. This smartphone got announced, as the company promised. This is the company’s very first clamshell foldable smartphone, and a direct competitor to the Galaxy Z Flip 3.

The Huawei P50 Pocket is now official, and it looks quite sleek

The device folds right down the middle, and it’s made out of metal and glass. It definitely looks premium, and it also offers an interesting design. There are two circular cutouts on the back, and the top one protrudes a bit. 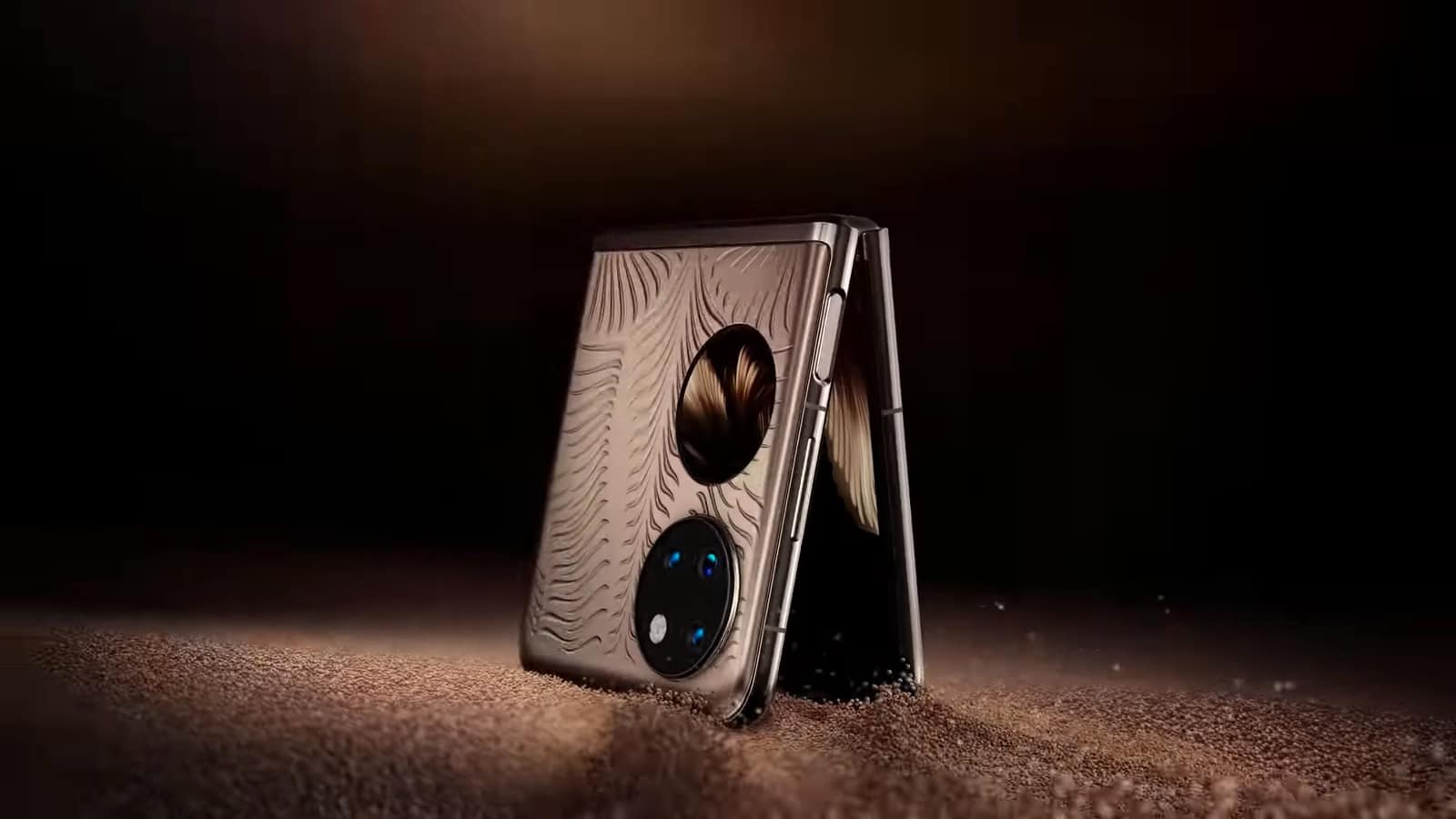 That top cutout is reserved for the phone’s camera, which is why it’s protruding. The bottom cutout is where the phone’s secondary display sits. That’s a tiny display, but it can be useful.

The secondary display, the one on the back, measures 1.04 inches. That display offers a resolution of 340 x 340. You can use it to check your notifications, date/time, frame for a selfie with the rear cameras, and more.

Now, when it comes to the hinge, Huawei claims it enables for a zero-gap design. We’re not sure how Huawei went about creating it, but maybe it used a similar approach to OPPO, as the company achieved something similar with the OPPO Find N.

A 4,000mAh battery is included here, and the phone supports 40W wired charging. Wireless charging doesn’t seem to be supported, but this 40W charging should recharge the phone fairly quickly.

There are four cameras included overall

You’re probably wondering about the phone’s cameras, right? Well, there are three included on the back, and one on the front. A 40-megapixel main camera (f/1.8 aperture, 26mm lens) is backed by a 13-megapixel ultrawide camera (f/2.2 aperture, 13mm lens, 120-degree FoV, macro camera), and a ‘super-spectrum’ sensor (f/1.8 aperture, 30mm). What’s interesting about this ‘super-spectrum’ sensor is that it can check whether you’ve applied sun-screen correctly, or if you’ve removed your make-up. On top of that, it enabled rather odd fluorescent photography mode. When it comes to the front-facing camera, Huawei included a 10.7-megapixel unit. A side-facing fingerprint scanner is included, while the phone supports facial scanning. There are two SIM card slots included here, and the same goes for Wi-Fi 6 and Bluetooth 5.2.

The phone is quite expensive, and it’s expected to launch in other markets as well

This phone launched in China today. Its pricing starts at CNY8,988 ($1,411) for the 8GB RAM model with 256GB of storage. The gold premium edition variant is priced at CNY10,988 ($1,725), and comes with 12GB of RAM and 512GB of storage. Speaking of which, Huawei announced three variants of the device, black, premium gold edition, and the diamond white model.

Huawei didn’t confirm whether the device will launch globally, but it probably will. If it does, it’ll ship without Google services, Huawei’s HMS will be included.