The Huawei Mate 50 series of smartphones has been announced. The company announced the devices during an event in China. Four smartphones got announced, three of which belong to the flagship lineup.

Also, they look quite similar overall, but there are differences we’ll note. Harmony OS 3.0 comes pre-installed on all of them in China. The Huawei Mate 50 and Mate 50E come with flat displays, and a centered display camera hole. Design-wise, these two phones are extremely similar. Their internals are not the same, but there are similarities here as well.

The Snapdragon 8+ Gen 1 4G fuels the Huawei Mate 50, while the Mate 50E ships with the Snapdragon 778G 4G. They cannot support 5G with those chips due to the US ban, that goes for all Huawei phones that get released these days.

They both include 128GB and 256GB storage options, while the Mate 50 also has a 512GB storage variant. That storage is expandable, though Huawei’s memory card will be necessary for that. The camera situation is also quite interesting. The main and ultrawide cameras are the same on these two phones, but the Mate 50 also comes with a periscope telephoto unit. A 50-megapixel main camera (OIS, f/1.4-f/4 variable aperture) is backed by a 13-megapixel ultrawide camera (f/2.2 aperture) on both phones. The Mate 50 also includes a 12-megapixel periscope telephoto camera (F/3.4 aperture, OIS, 5x optical zoom, 50x digital zoom). Both phones are fueled by the Snapdragon 8+ Gen 1 4G SoC, and feature a 6.74-inch display. That panel is curved, and we’re looking at a fullHD+ resolution here (2616 x 1212). A 120Hz refresh rate is supported, as is 300Hz touch sampling rate. This display can project up to 1 billion colors.

A notch is included on the Huawei Mate 50 Pro and Mate 50 RS Porsche Edition. That notch is considerably less intrusive than the one on the iPhone 13 series, at least based on renders. The bezels are quite thin, though.

The Huawei Mate 50 Pro comes in both 256GB and 512GB storage options, while the RS Porsche Edition packs in 512GB of storage only. Storage can be expanded on both smartphones, though. 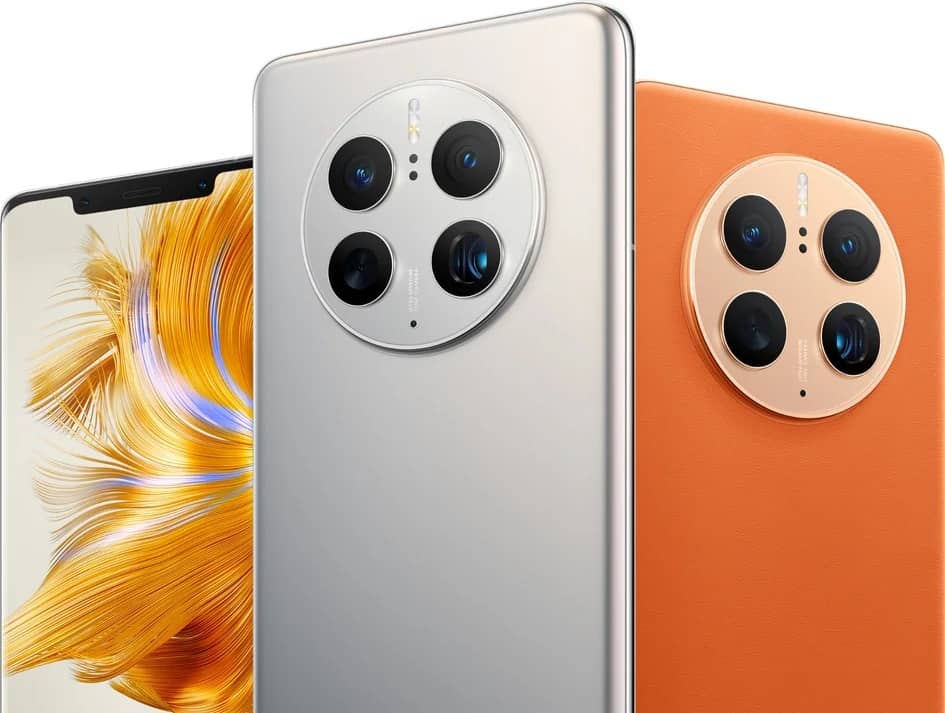 There are some differences in the camera department. The first two cameras are the same, but the third is not. A 50-megapixel main camera (f/1.4-f/4, OIS) is backed by a 13-megapixel ultrawide camera (f/2.2 aperture) on both phones.

Both phones include a 13-megapixel ultrawide selfie camera (f/2.4 aperture), in addition to a 3D depth camera. That depth camera is there for advanced facial scanning, and is the reason both phones have a notch.