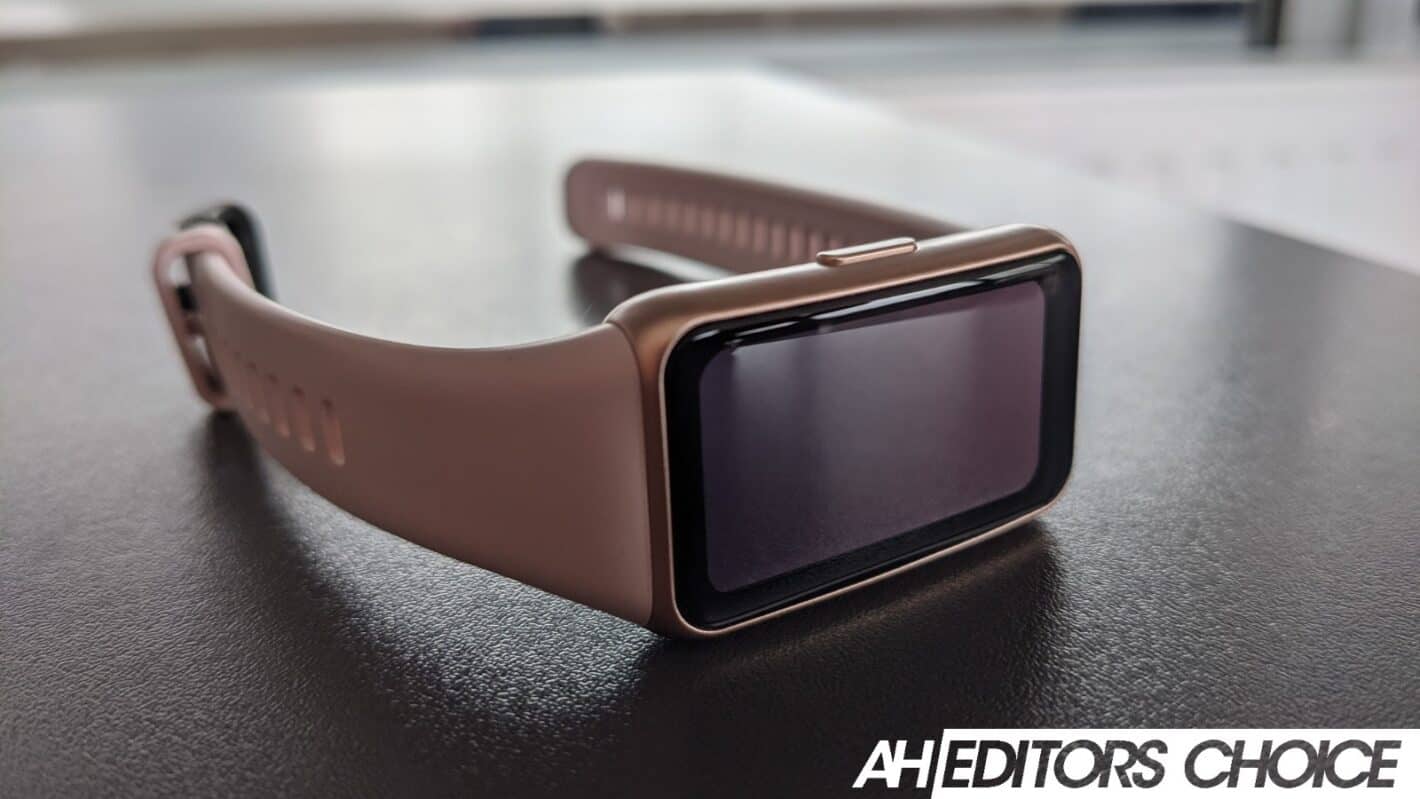 The Huawei Band 6 is essentially a smaller Huawei Watch Fit, and that’s a good thing.

Huawei supplied us with a review unit of the Huawei Band 6, but didn’t have a say in our opinion, nor did they see this review before you. We’ve been using the device for a couple of weeks before forming an opinion.

The Huawei Watch Fit is a hybrid between a smartwatch and a fitness tracker, though it’s more the former, than the latter. I had a really nice time using it, and the same was the case with the Huawei Band 6. The Huawei Band 6 is even more affordable, though, so it may be more suitable for some people. Not everyone wants to wear a watch-size device on the wrist, so this will come as a great alternative. That being said, let’s delve into the review of this thing, shall we.

The Huawei Band 6 is exactly what you’d expect when it comes to the design. It’s made out of polycarbonate (or at least it seems to be), while it comes with a strap made out of silicone. That strap connects via proprietary connectors, though that’s not surprising at all, considering this is a fitness tracker. Thanks to a quick-release system, you can easily replace that strap, just in case it got damaged, or you want to install a different color. All you have to do is remove a plastic cap, and slide it off, it’s really simple.

Huawei did a good job designing this fitness tracker, as the bezels around the display are not thick at all. So, you do get a nicely sized display considering the size of the device. More on the display a bit later. The fitness tracker itself is flat, even though its casing may suggest it’s curved, but it’s an optical illusion. As a reminder, the Huawei Watch Fit did have a curved display, even, to adhere to the curvature of your wrist. 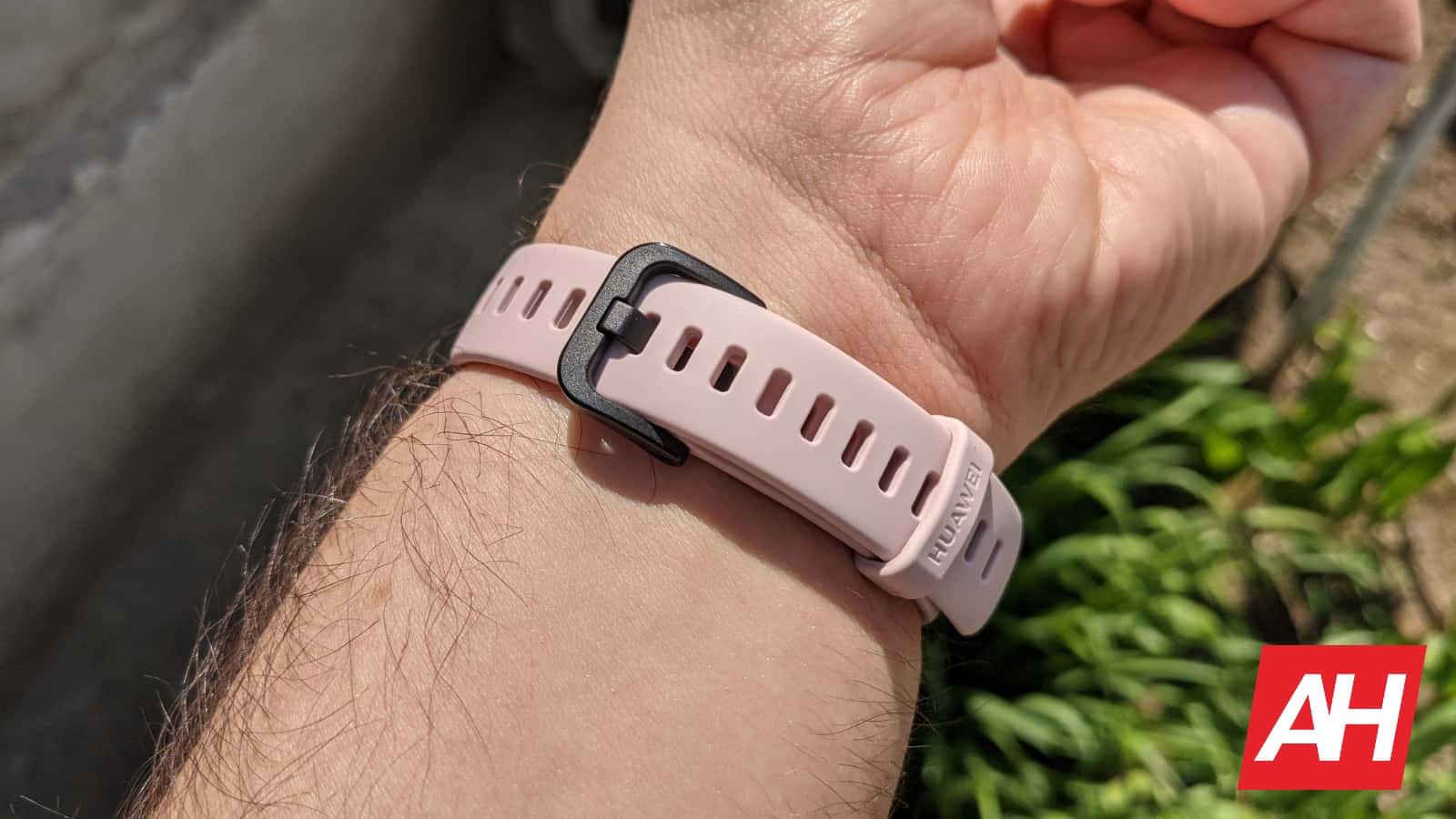 The Huawei Band 6 is extremely comfortable to wear, as you’d expect. That has to be the case with fitness trackers, and this one doesn’t disappoint. The device is light enough, so you won’t even feel it on your hand, and its strap is made from skin-friendly, UV-treated silicone. The strap is extremely light as well, and it feels extremely soft to the touch. All in all, Huawei did a great job designing this thing to simply blend in, as a fitness tracker should, and the single button on the side is also extremely clicky, but not too rigid. 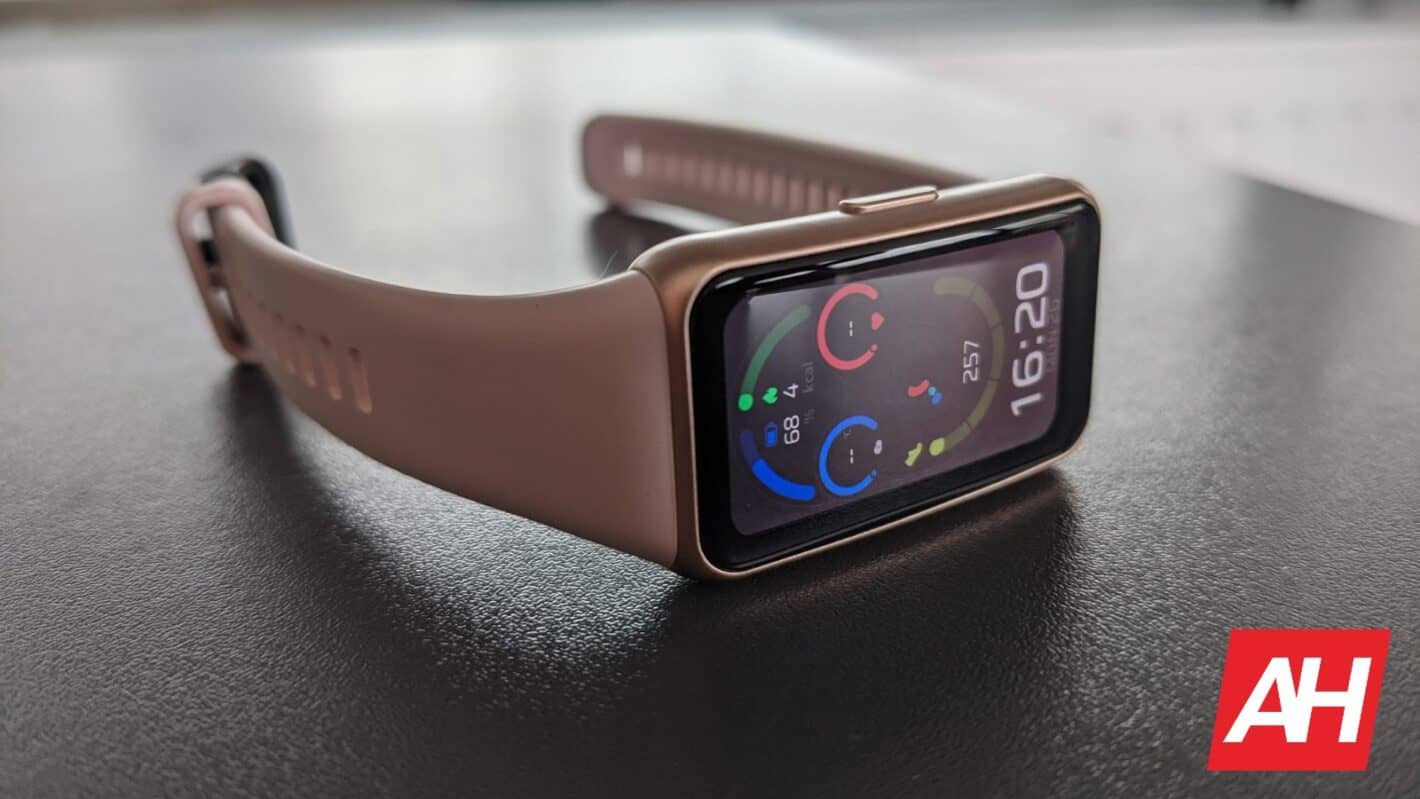 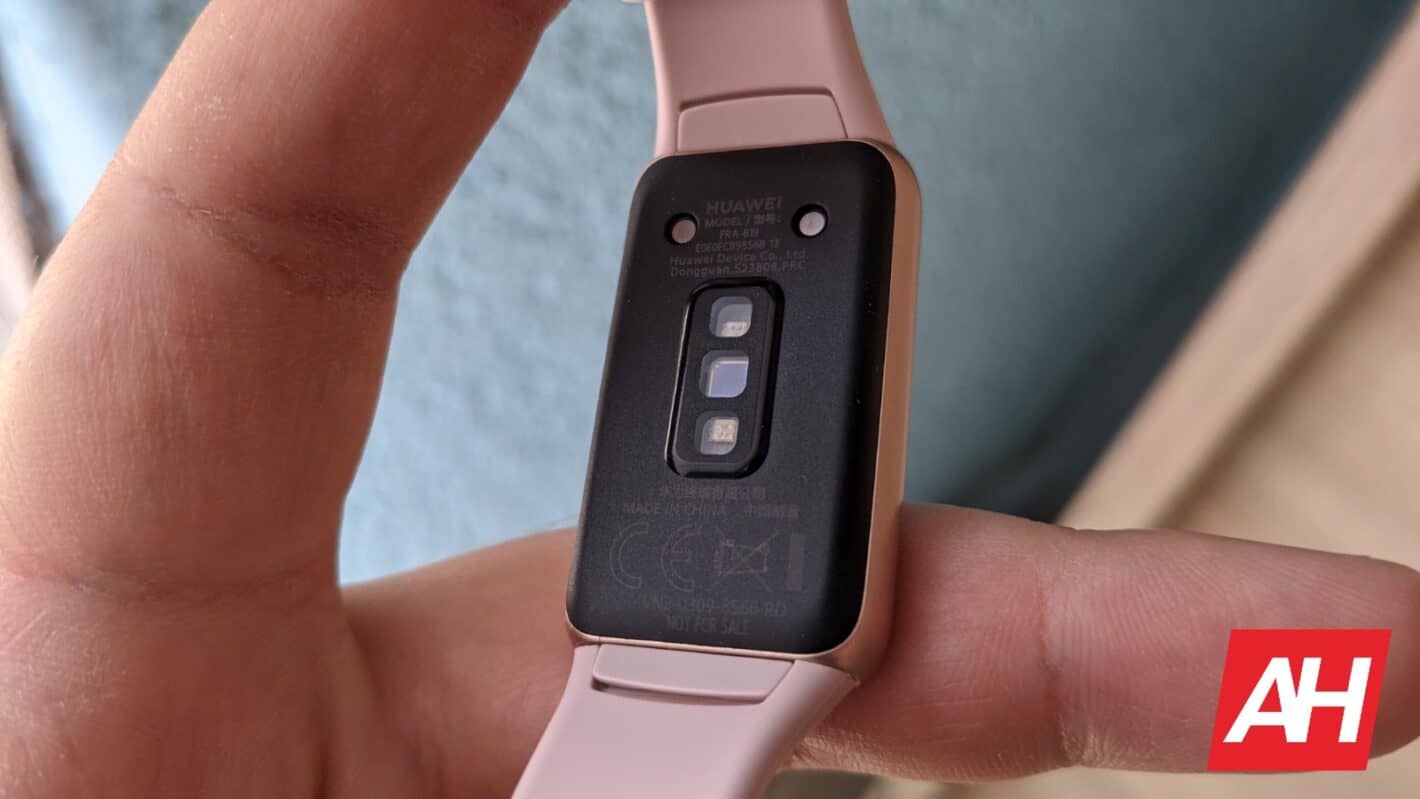 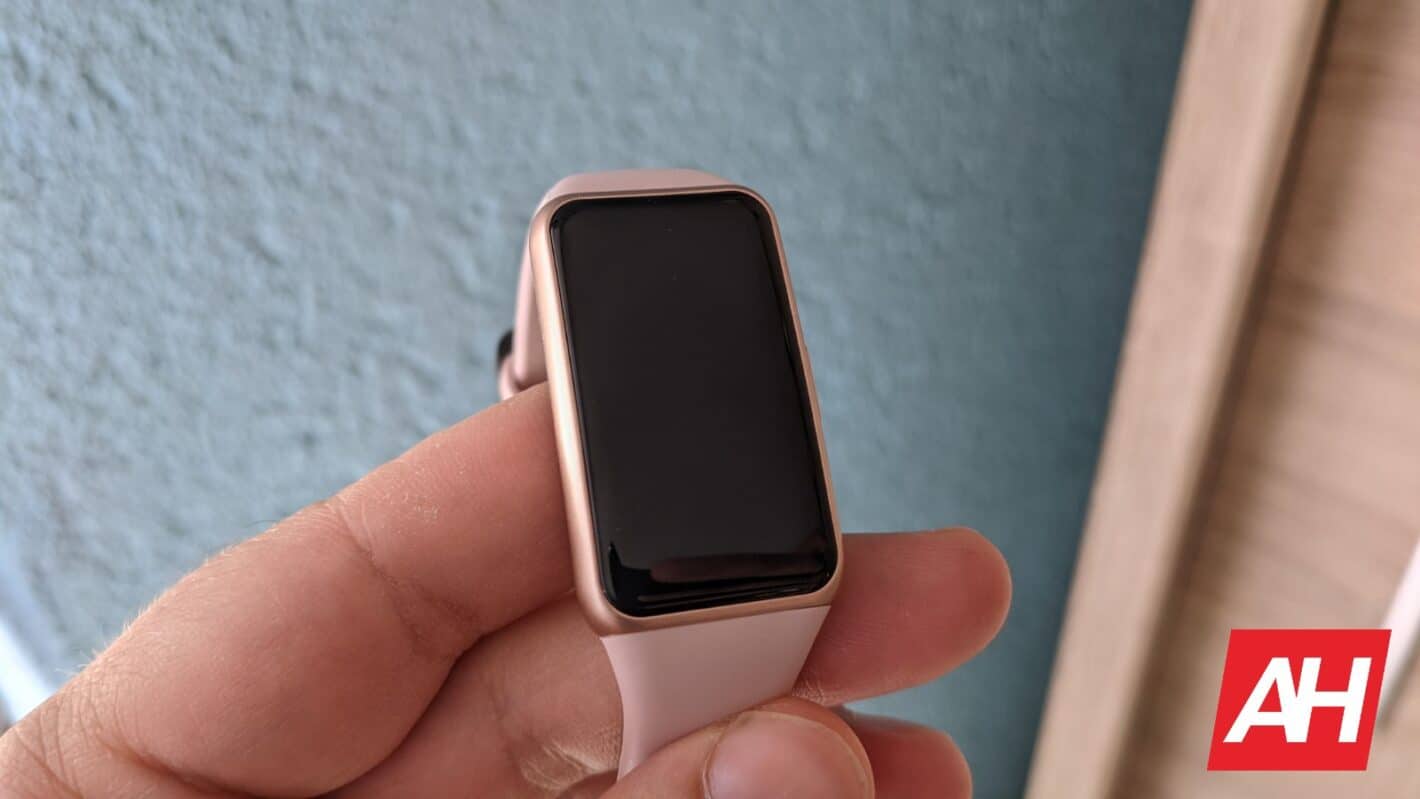 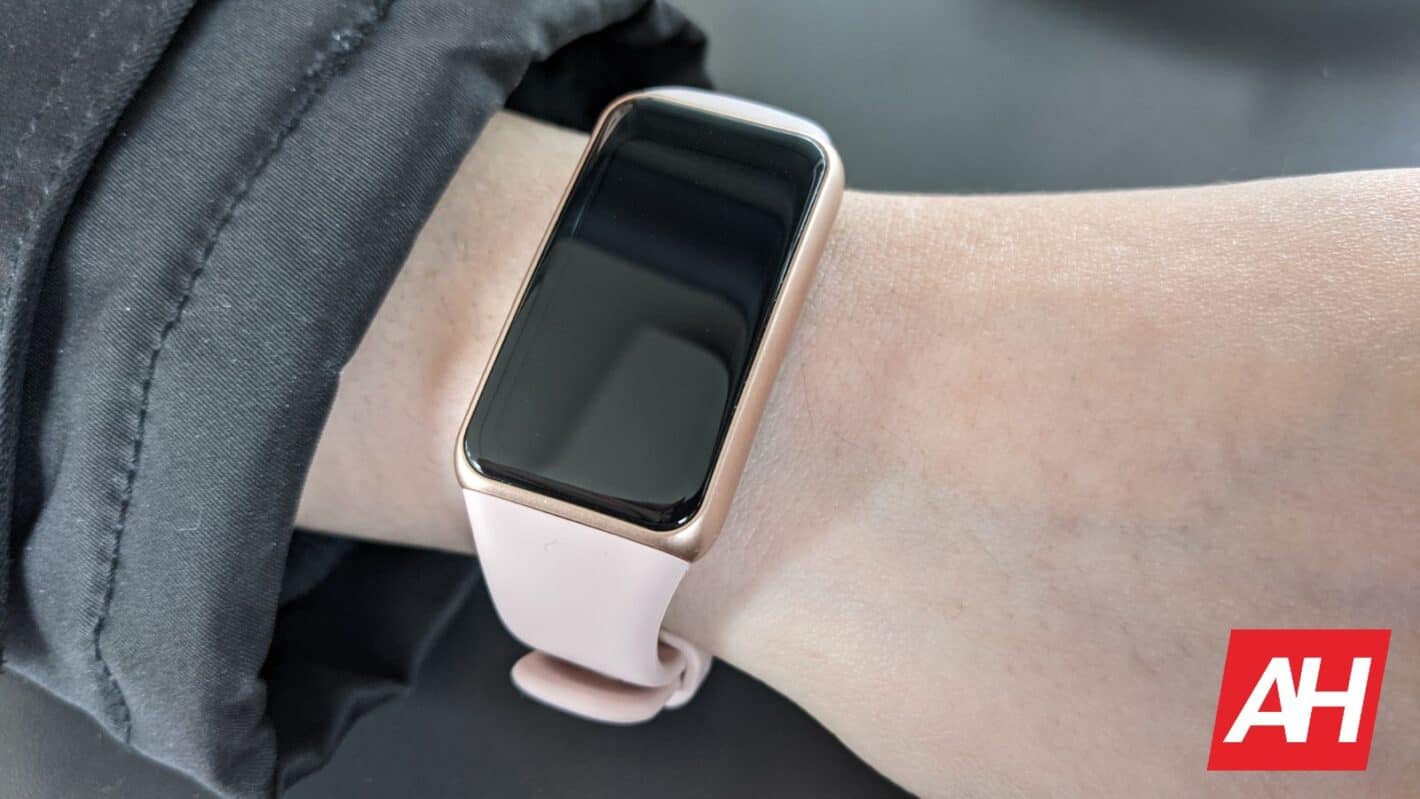 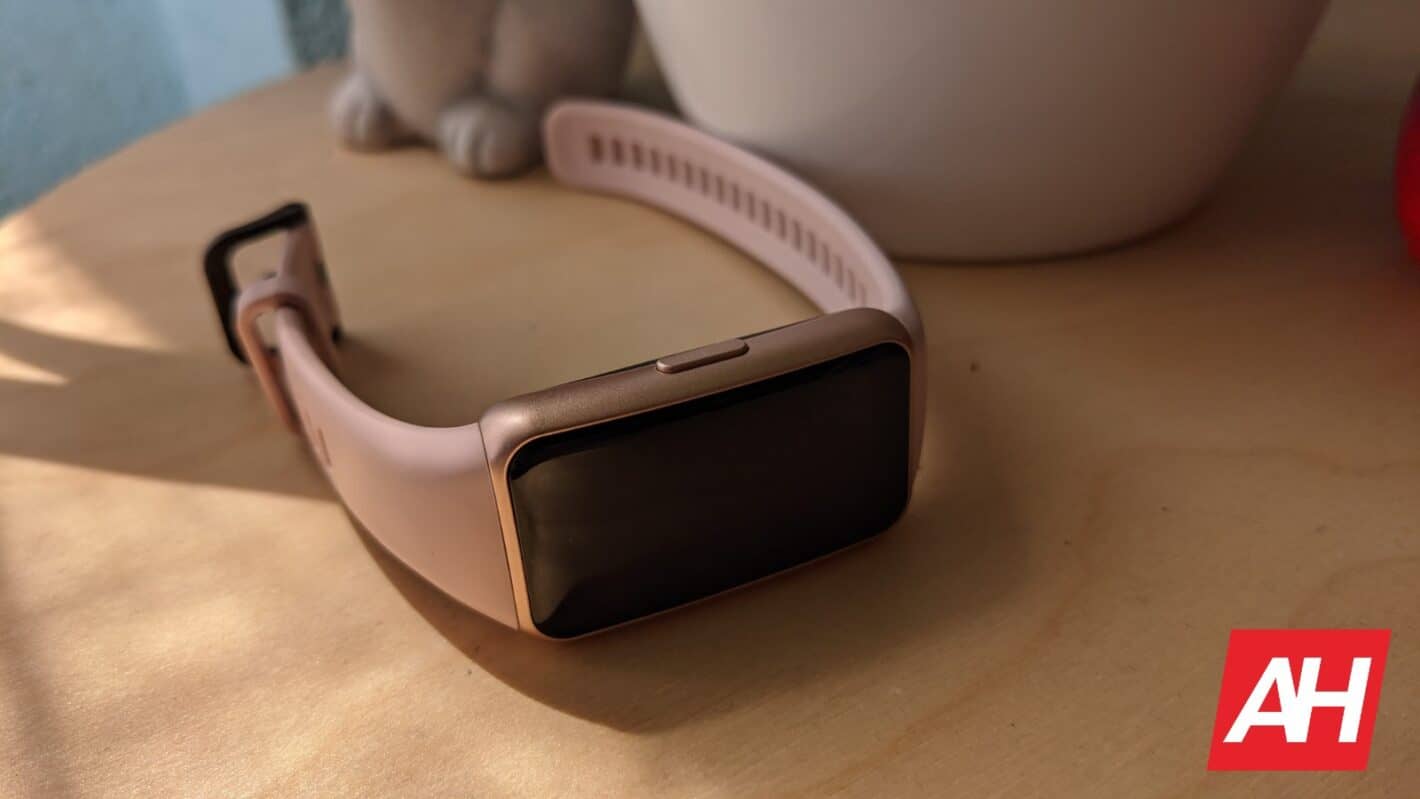 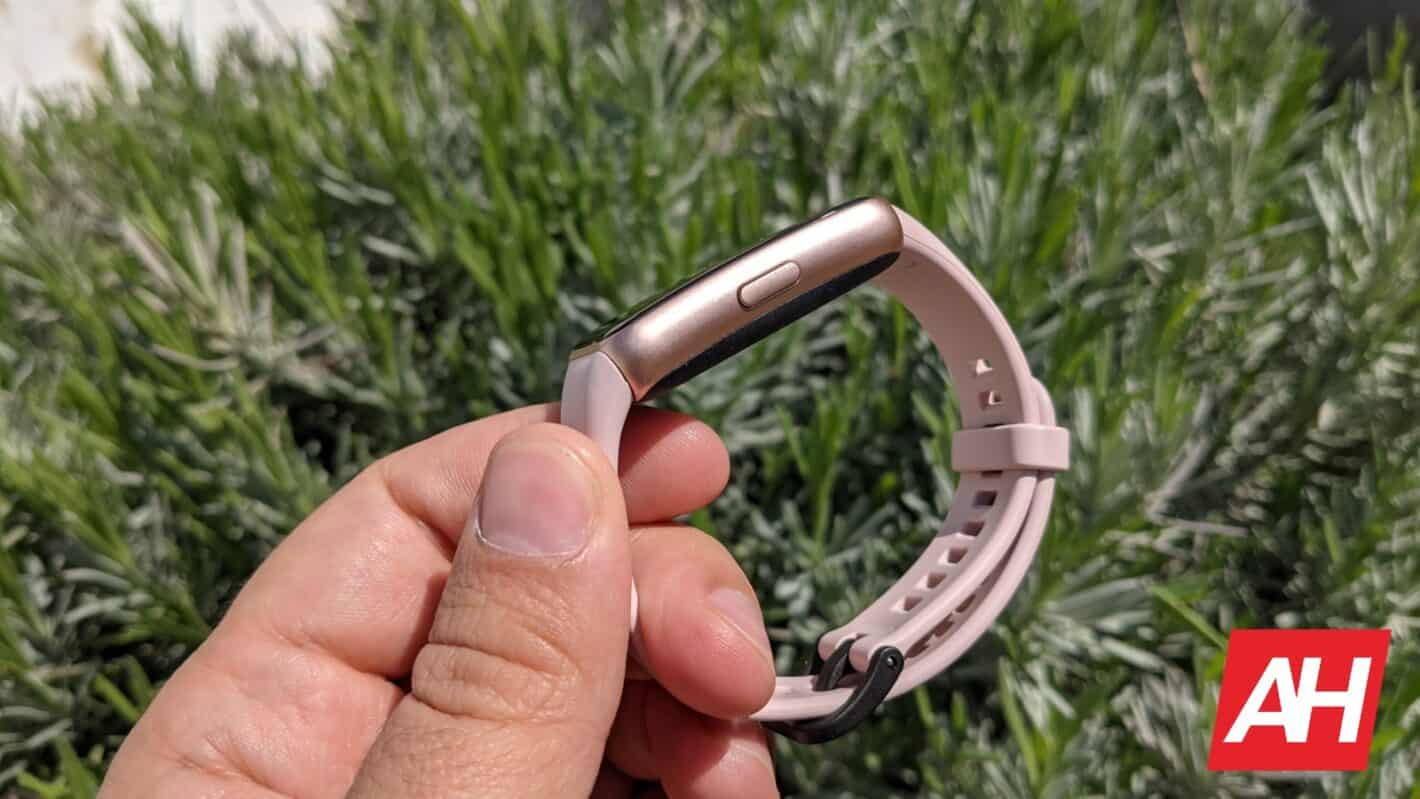 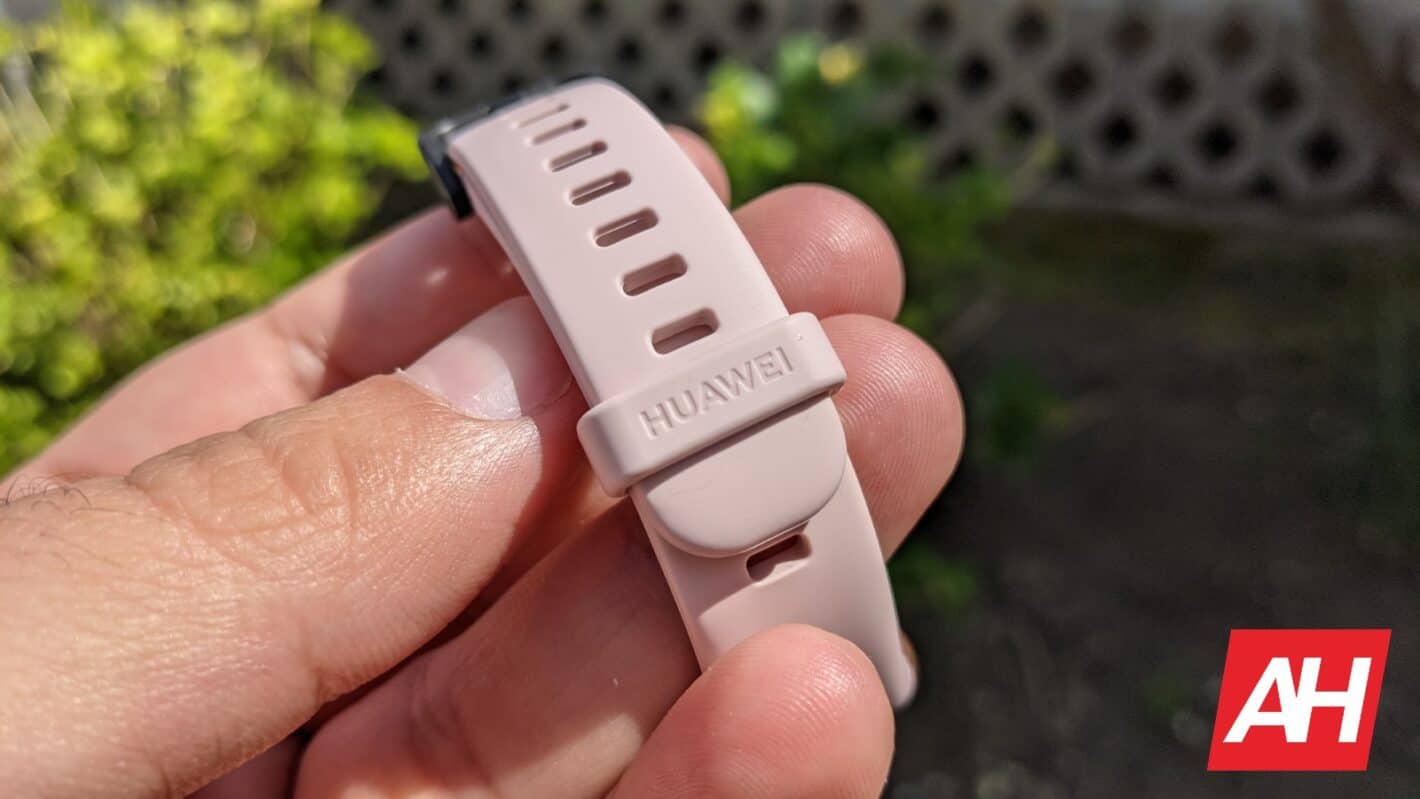 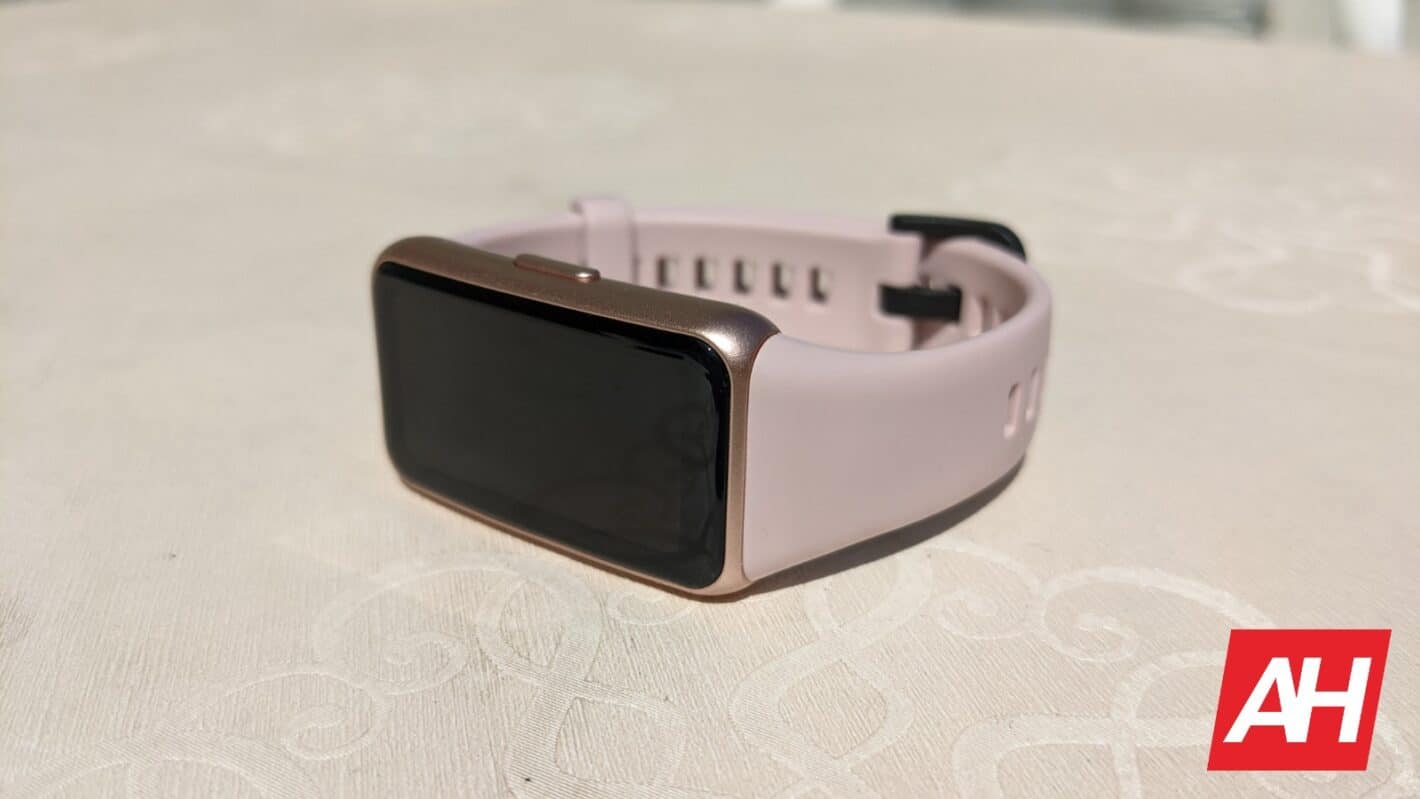 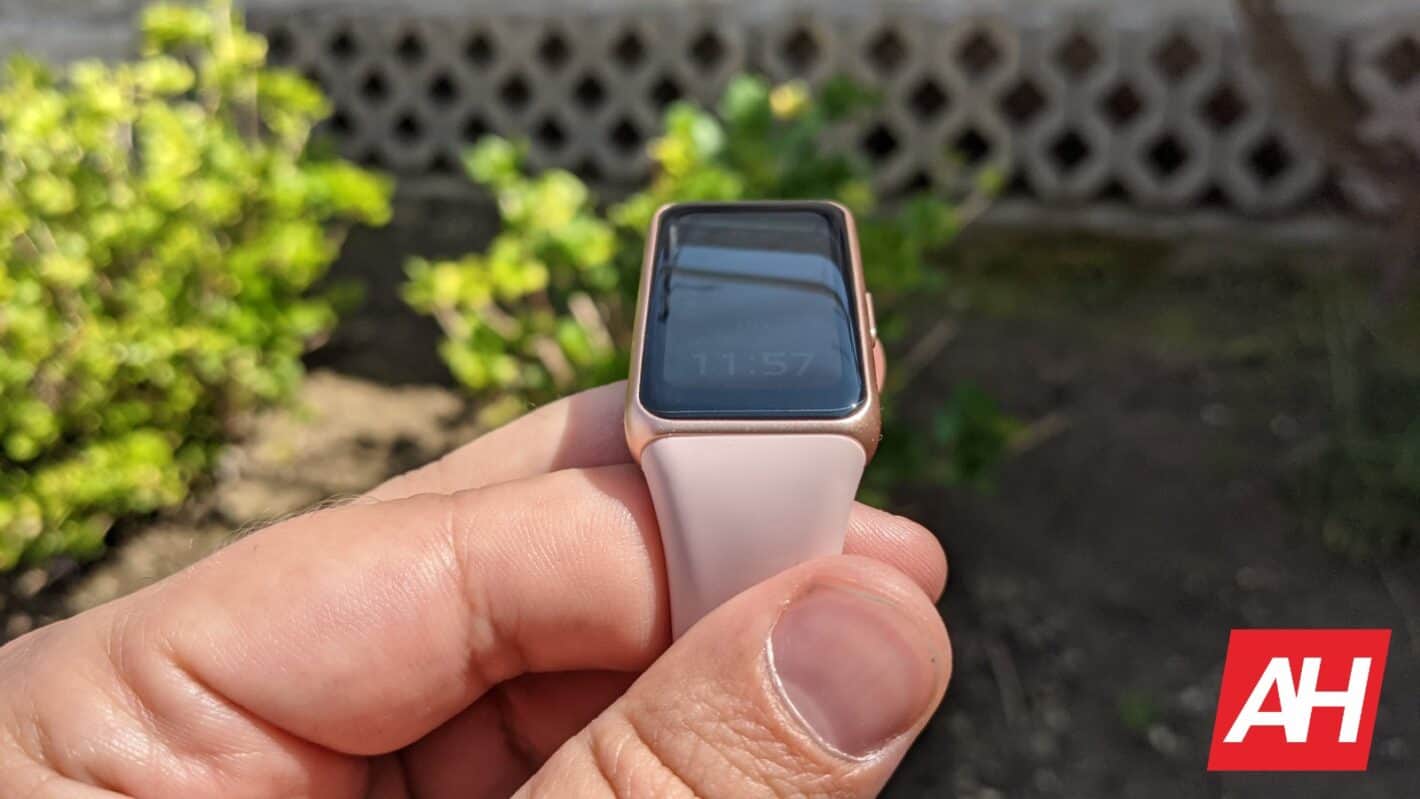 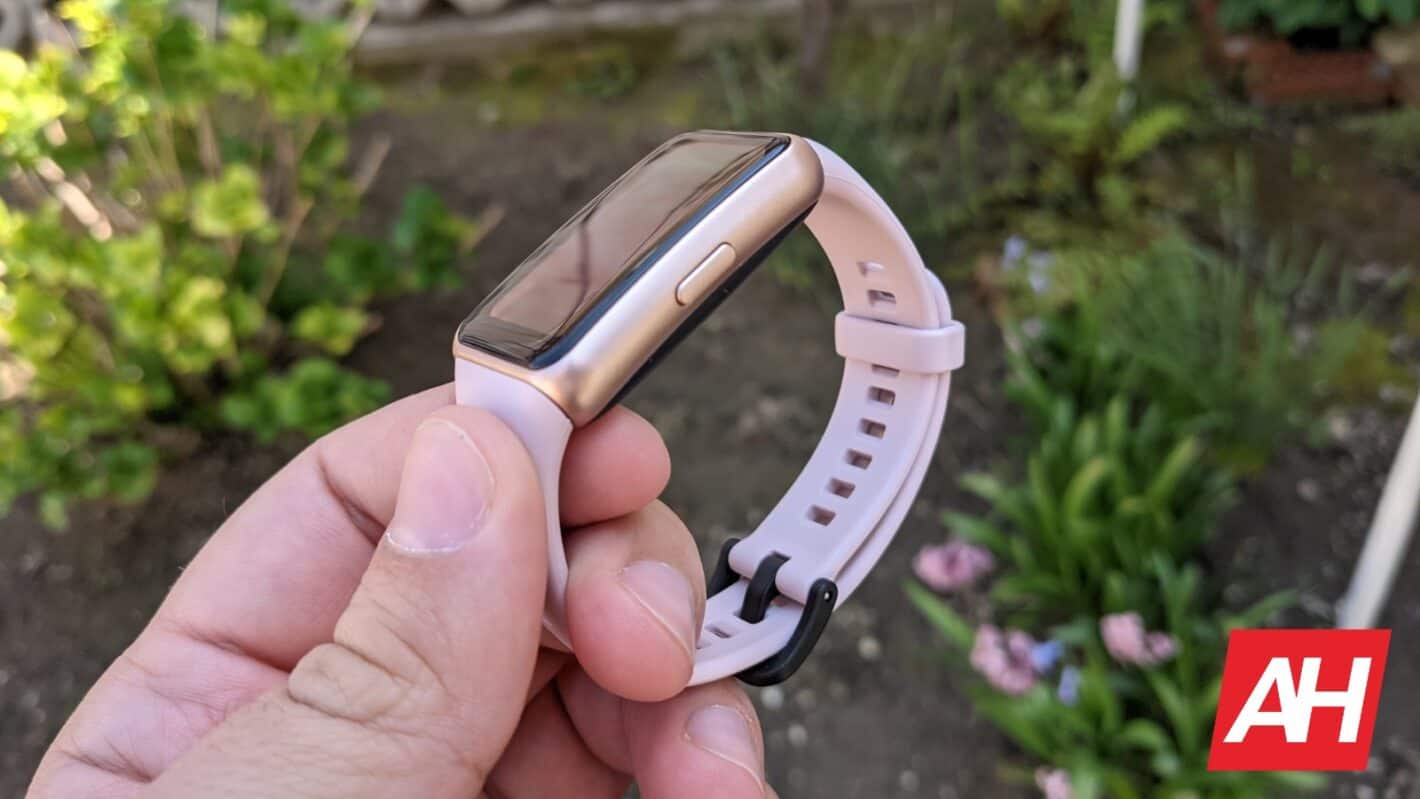 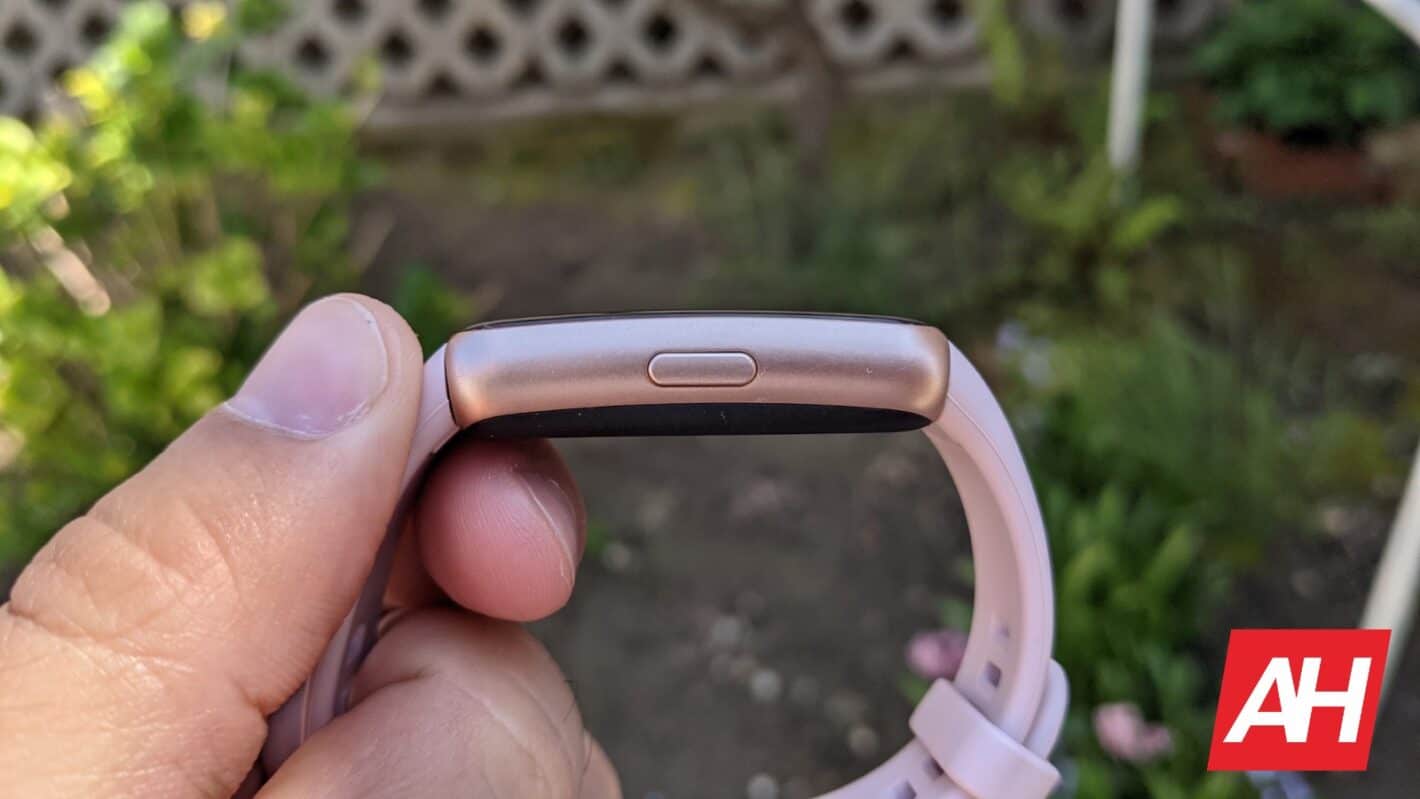 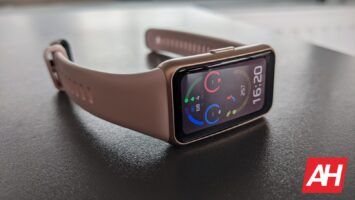 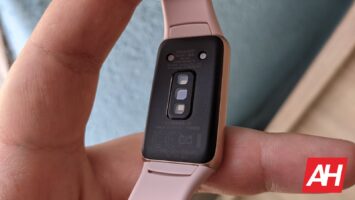 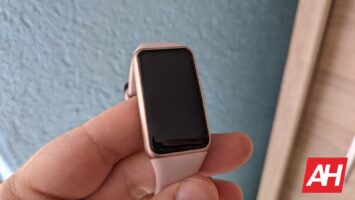 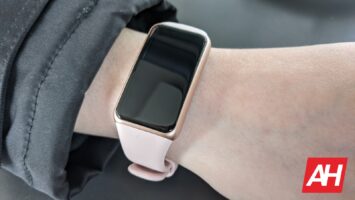 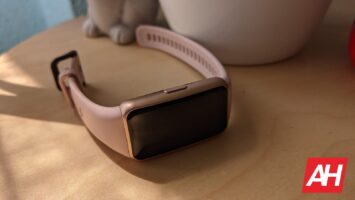 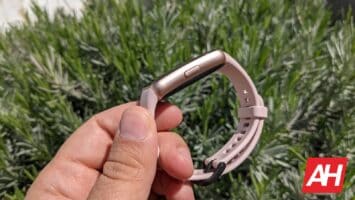 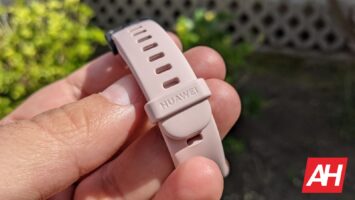 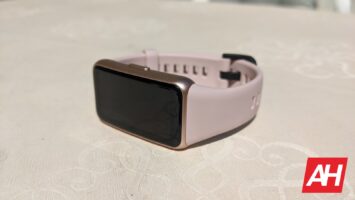 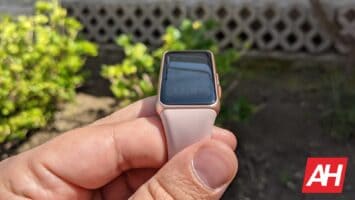 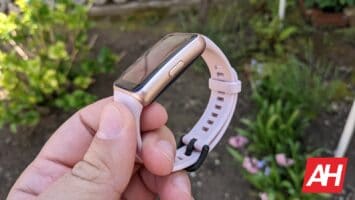 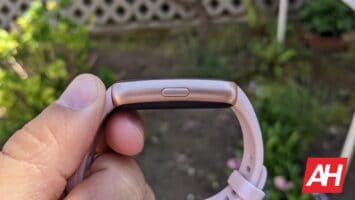 The Huawei Band 6 features a 1.47-inch display, which is more than a decent size for a fitness tracker. That is an AMOLED display, by the way, and it offers a resolution of 368 x 194 pixels. It looks really good on paper, and the same translates to real life. This display is actually surprisingly nice, especially considering this is a fitness tracker. It’s not like you’ll watch video content or anything on it, but for everything else it’s supposed to do, it’s really good. 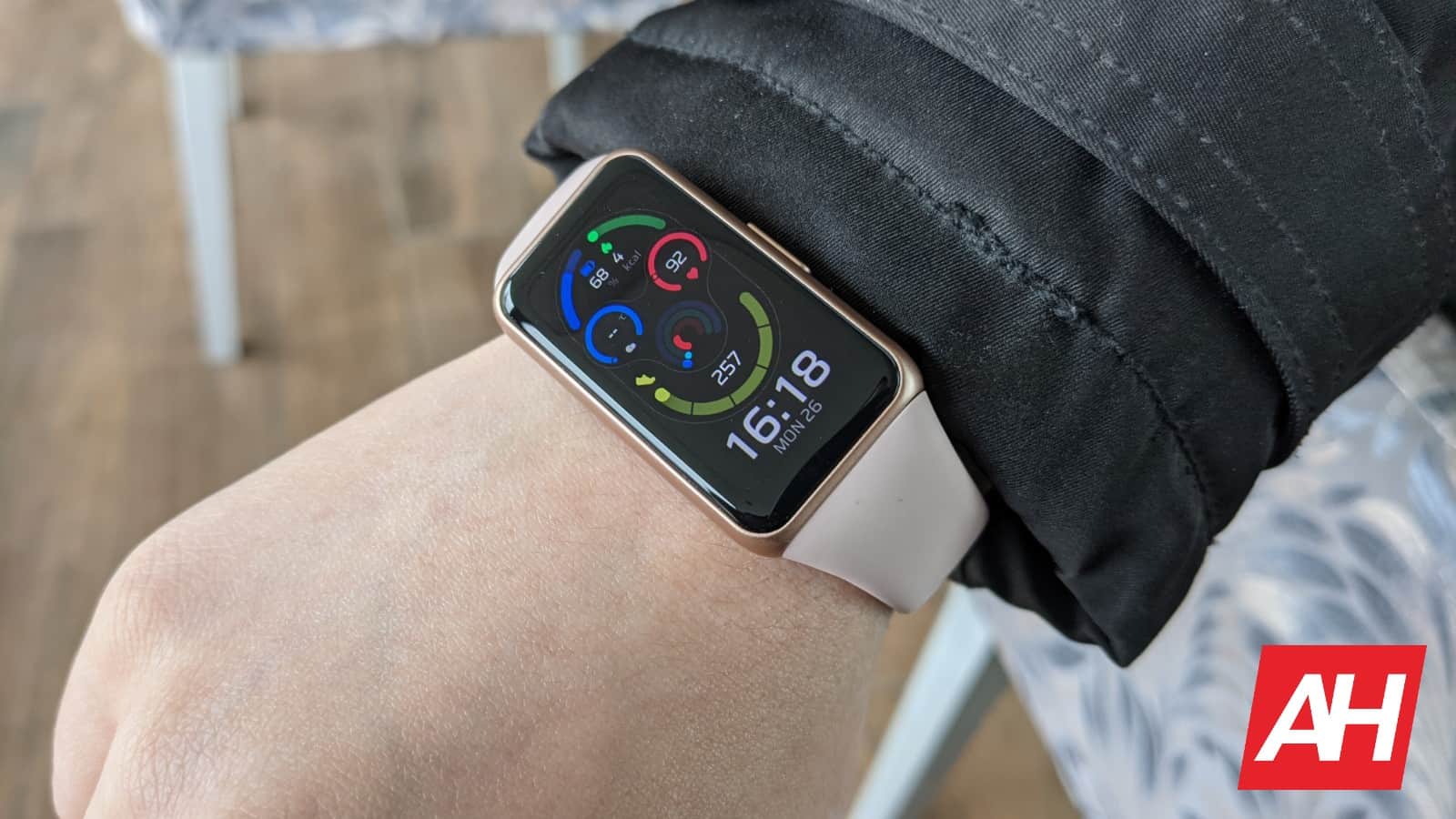 Outdoors, you can use it, it’s not exactly as bright as a high-end display on a smartphone would be, but it’s usable. In fact, this has to be one of the best displays on a fitness tracker we’ve seen to date. It’s also large enough to show you incoming messages, to a degree, and all the other information that you may want to check out. To be quite honest, I don’t have a single complaint about this display (except maybe outdoor visibility, but that’s not a big issue here), it’s even sensitive enough to the touch. Huawei did a great job in that department.

The performance is good, without lag or anything of the sort

What about performance, is it any good? Well, you’ll be glad to hear it is. You won’t feel any lag on this thing, at least I didn’t during the review period. It ran just as smoothly as the Huawei Watch Fit did. In fact, it’s even well-equipped with features, just like its bigger brother. Once again, you’re essentially getting a smaller variant of the Watch Fit here.

The main reason why people are getting fitness trackers aka smart bands is for fitness purposes. Well, the Huawei Band 6 has everything you may want regarding fitness tracking. The thing it’s lacking is GPS, but you can utilize your phone’s GPS for that purpose, through this fitness tracker. The downside is that you’ll need to carry your phone to your workout sessions, of course.

Speaking of fitness, the Huawei Band 6 comes with 96 workout modes, and it uses Huawei’s TruSport algorithms. There are tons of workouts, including indoor run, outdoor run, indoor cycle, pool swimming, jump rope, elliptical, and so much more. The Huawei Band 6 can also track your sleep, and it does a really good job at that. It has a 4 sleep state tracking, and 200+ better sleep suggestions, based on the results. 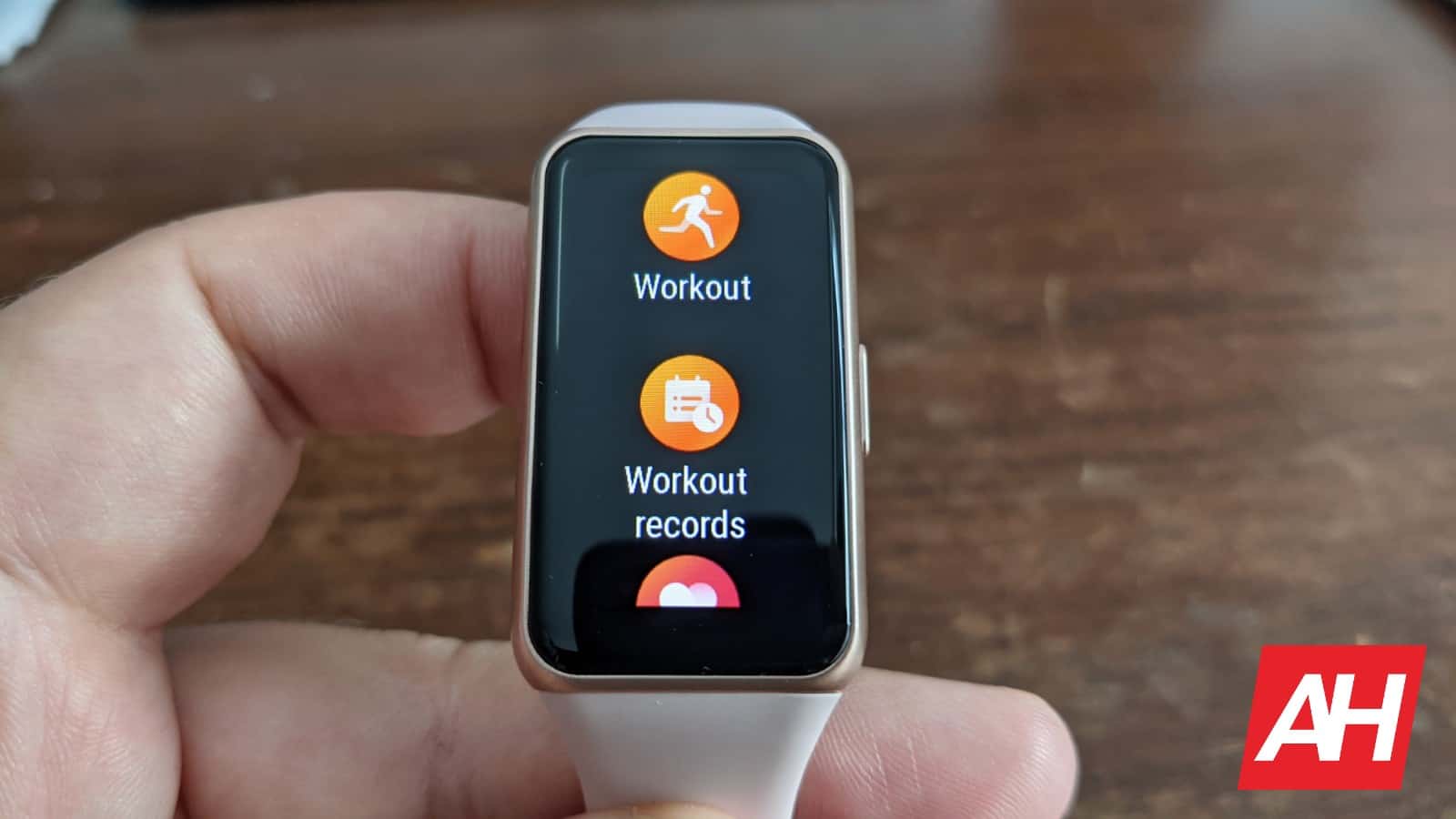 The device can monitor your SpO2 (blood oxygen) levels, and also your heart rate. That’s not something you’ll find in many fitness bands, that’s for sure. It can even provide you with 24/7 monitoring for both of those. Stress monitoring is also possible, thanks to TruRelax. Also, women can keep track of their menstrual cycles with this fitness tracker as well. These are basically the features Huawei’s smartwatches offer, and they are much more expensive. 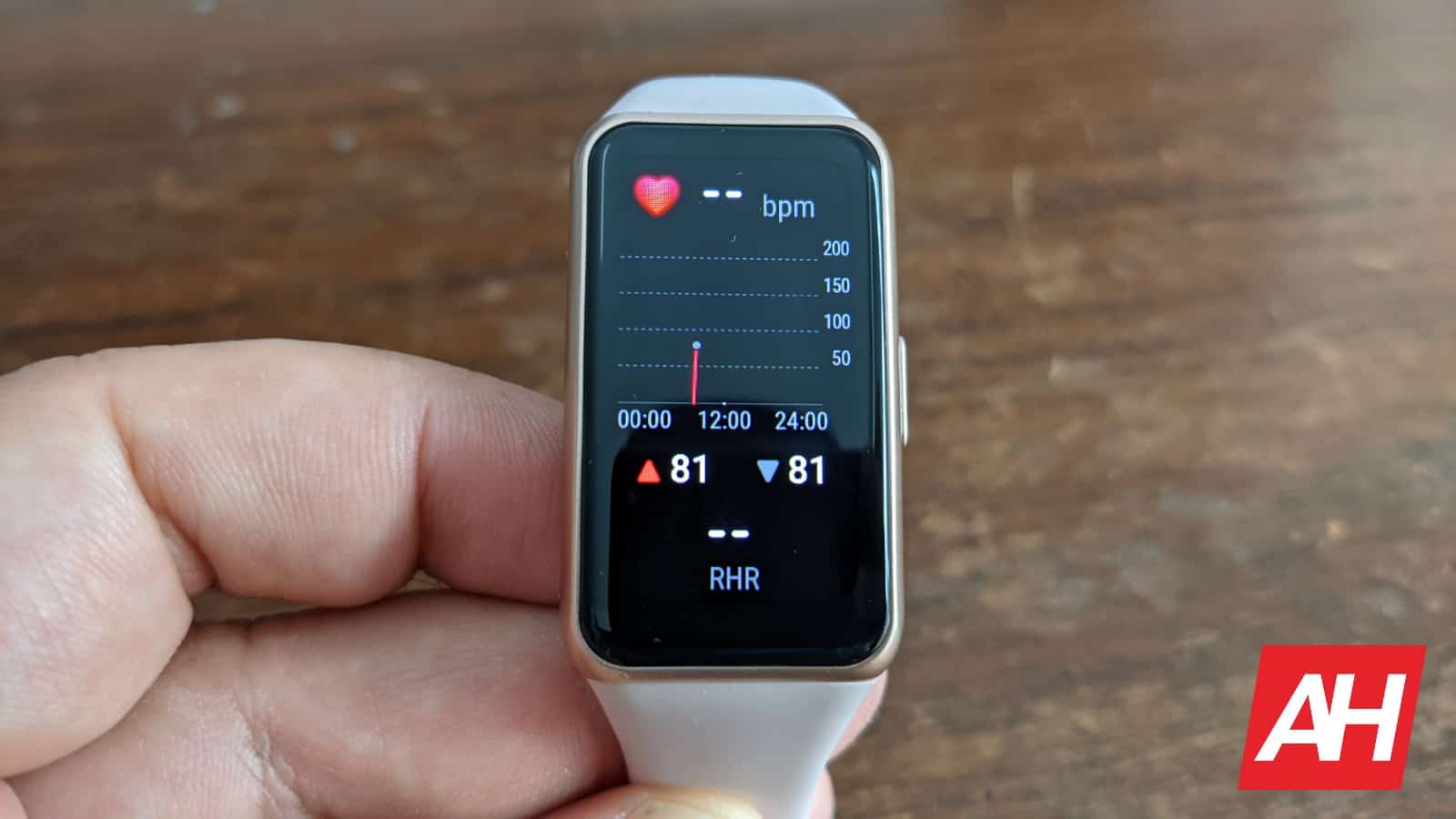 During my usage, I did notice some issues with heart rate tracking during workout sessions. That is something Huawei will probably fix via a software update. Heart rate tracking was generally on point, but I sometimes had issues during running. Truth be said, I’m not much of a fitness buff, so I went running only a couple of times, but it was enough to notice.

The notification system is the biggest software drawback

The software on the Huawei Band 6 is good, in general, but I have one major gripe with it still, as I did with a number of other Huawei wearables. That gripe is the entire notifications system. That part hasn’t changed in quite some time, and the same issues persist on the Huawei Band 6. First and foremost, the band doesn’t really sync notification status with the phone. Not in the sense of receiving notifications, as you’ll get them all in time, but in the sense of their status, as in read / unread.

So, when you receive a notification on your phone, you can read it or mark it as read. The issue is, that status won’t translate to your fitness band. You’ll have to clear it manually on the Huawei Band 6 as well. The same applies if you do the opposite, if you clear it on the Band 6, it won’t be read on your phone. That is a major minus in my book, as doing the same thing twice gets annoying really fast.

On top of that, you cannot reply to notifications, at all. Dismissing notifications on the Band 6 is also not a great experience. You cannot simply open notifications and swipe them away from the main list, you have to tap each of them first, and then swipe them away, which is time-consuming. You can, however, dismiss all, by swiping all the way down and hitting one button to do the task. I did also get the same notification twice at times, which was also something that should be happening. Those are the same issues I had on Huawei smartwatches I’ve reviewed in the last year or so.

Battery life is truly great, as it should be

The battery life is where the Huawei Band 6 shines. Huawei claims this thing can last up to two weeks on a single charge. I do believe that is doable. If you push the tracker to its limits with constant SpO2 and heart rate monitoring, frequent use for fitness tracking, lots of notification reading, music controlling, etc. It certainly will not last for two weeks, it’ll be closer to a week, a week and a half. If you’re just a little bit more conservative, though, reaching two weeks is quite possible. 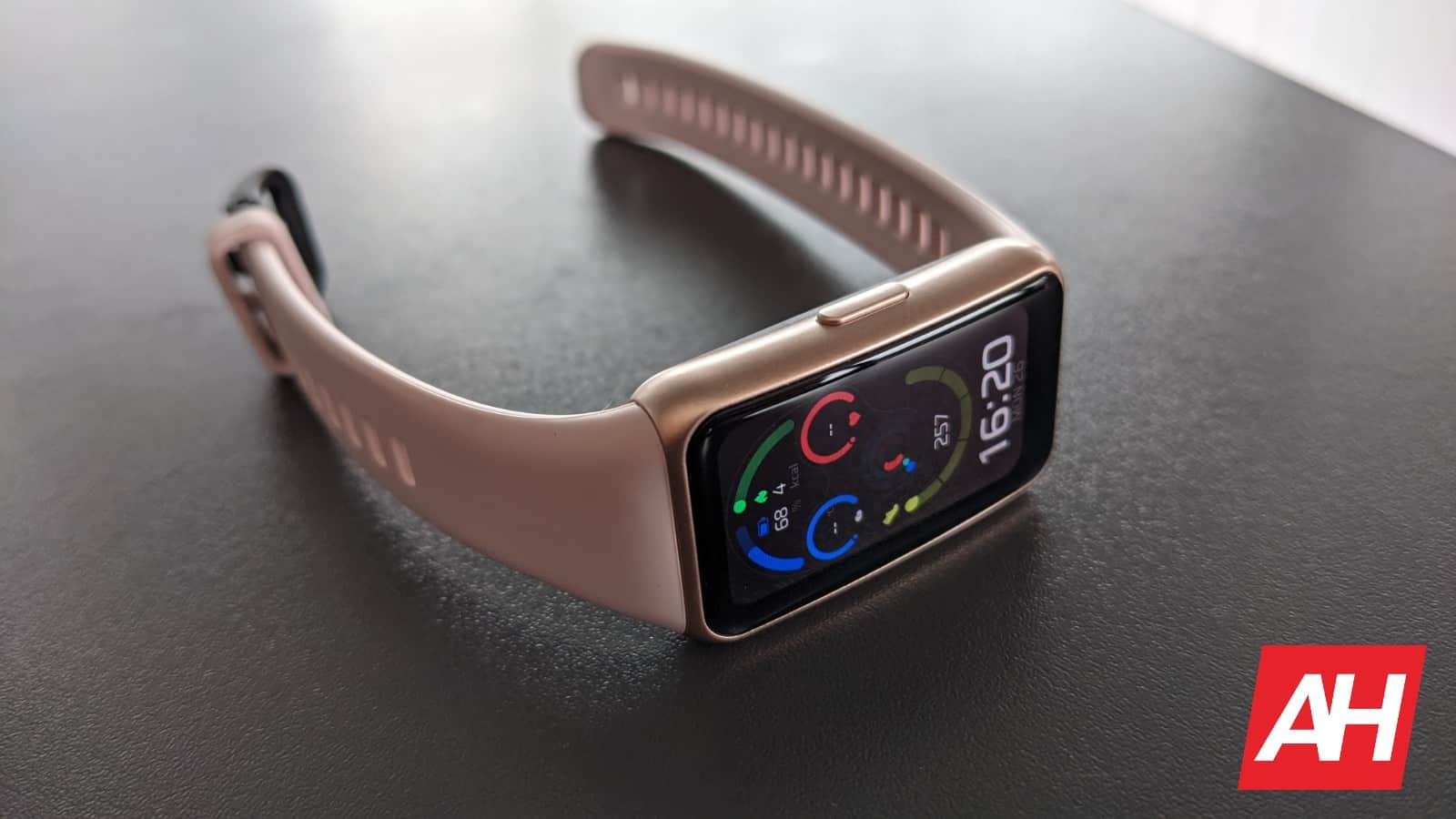 Once you run out of juice, you’ll need to utilize Huawei’s proprietary charger in order to replenish the battery. The Huawei Band 6 ships with a charging cradle that magnetizes itself to the Band 6 when it’s time to charge. It does that in order to align the included POGO pins. The Huawei Band 6 doesn’t support wireless charging, hence the POGO pins. The charging experience is just fine, though, and considering you won’t charge it frequently, it’s even less of an issue.

The Huawei Band 6 is definitely worth the asking price 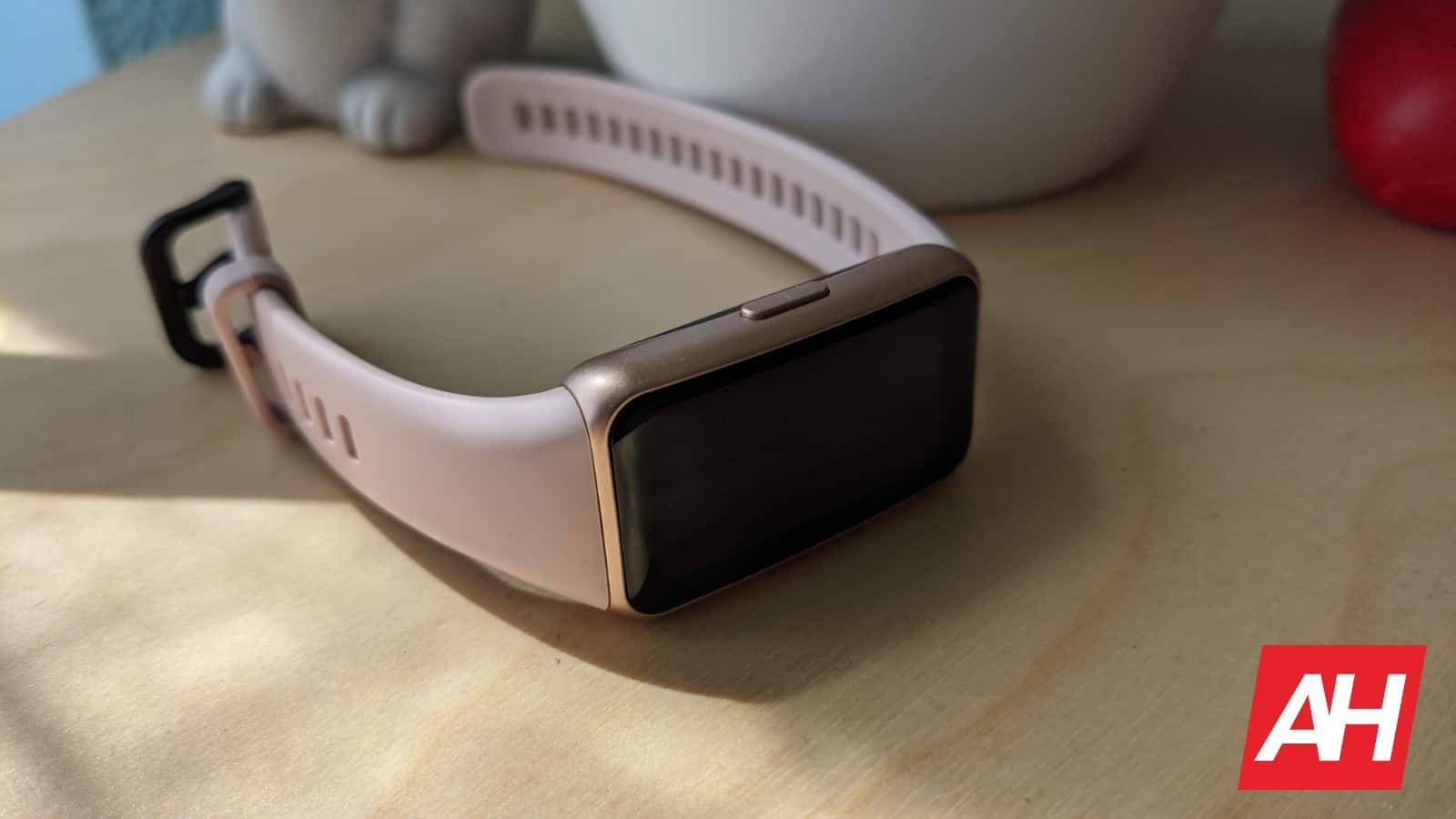 So, is the Huawei Band 6 worth the money? Well, considering its price tag that is around €50-€60, depending on the region, yes, I’d say it is, very much so. This small gadget packs a lot of punch. It delivers some features the competitors don’t have, along with a nice build, solid display, and excellent battery life. The notification system may be an issue for some. So, make sure you read that part of the review before you proceed with a purchase. All in all, though, the Huawei Band 6 is definitely worth the asking price.