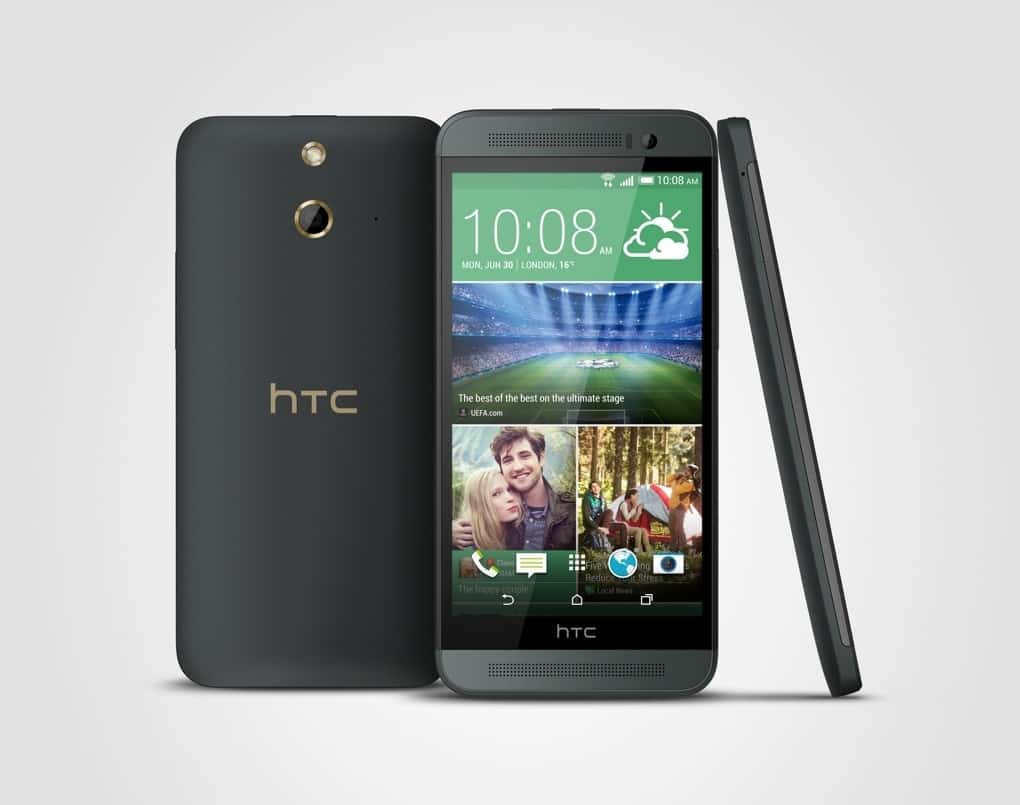 HTC One E8 is kind of HTC One M8's polycarbonate brother. They do share some specs, but they're not the same devices, not by a long shot. HTC One E8 is a rather capable device on its own and does pack a great processor and everything, but it's not a flagship nor anything close to it. I guess HTC wanted to give options to people who wanted a device like the One M8 but packed in a polycarbonate shell and a bit cheaper.

One E8 packs a 5-inch 1080p (1920 x 1080) Super LCD3 display just like the one you can find on a One M8, same goes for Qualcomm's Snapdragon 801 quad-core processor clocked at 2.5GHz and 2GB of RAM. The two devices also share those impressive front-facing BoomSound speakers, though the similarities end there. One E8 sports a 13-megapixel rear-facing and a 5-megapixel front-facing shooters. The device comes with a 2600mAh non-removable battery and Android 4.4.2 KitKat pre-installed with HTC's Sense 6 UI on top of it. The device measures 146.4 x 70.7 x 9.9mm and weighs 145 grams. The E8 also comes with NFC and Bluetooth 4.0 and it is an LTE 4G capable device. Dual-SIM model is also available in select markets.

HTC One E8 is kind of hard to explain. It shares part of M8's specifications and on one hand it is a high-end device, on the other hand not so much. Its camera for example, despite being higher resolution than One M8's is a rather mediocre performer, at least out of the box. The build of the device is great, as we've used to see from HTC, but it's also a step down (at least for some people) compared to the M8. This is of course not meant to be the flagship device, not by any stretch of the imagination. Let me put it this way, if you want a device who will perform great, made out of polycarbonate and you don't mind a rather mediocre camera on extreme glossiness on some colors of this device, this might be just the handset for you.