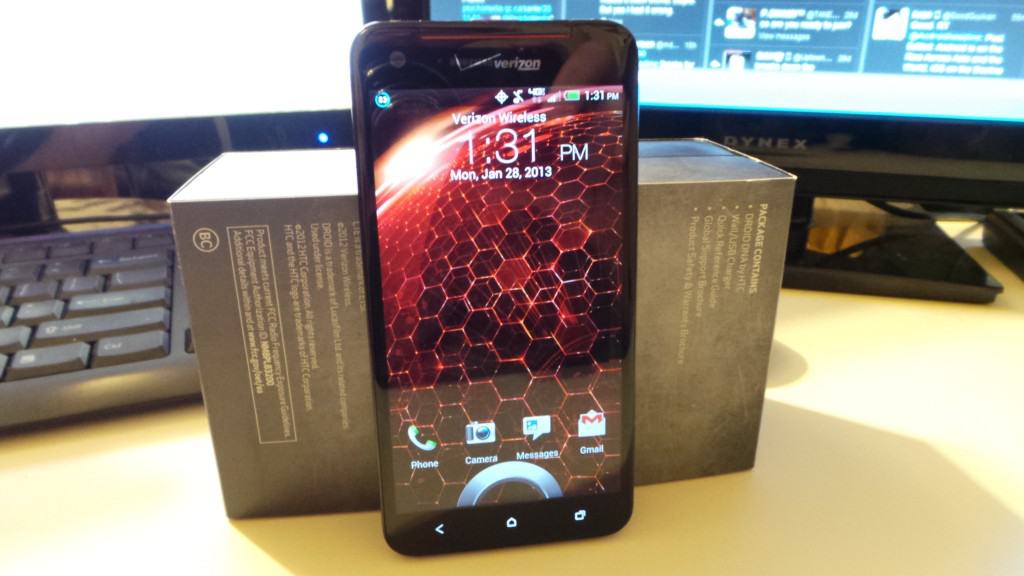 The HTC Droid DNA was announced by Verizon Wireless and HTC back on November 13th of 2012, and was later released onto Verizon's network on November 21st that same year, for $199 on a 2-year contract. The Droid DNA's stunning HD display comes in 1080p resolution and a 5-inch size, and like a few other phones around that time frame it came with 2GB of RAM, and Beats audio. Google announced the Nexus 4 and Nexus 10 right around the same time that year so HTC certainly had their hands full with the release, but despite the excitement over those two new Google devices the Droid DNA still did surprisingly well.

When it comes to the specs, the HTC Droid DNA is working with a 5-inch Super LCD 3 capacitive touchscreen with 1080 x 1920 resolution and 441 ppi. On the inside it holds a Qualcomm MDM615m/APQ8064 quad-core processor clocked at 1.5GHz with an Adreno 320 GPU running the graphics. It comes with 16GB of internal storage with no expandable storage and 2GB of RAM. On the back it carries an 8MP auto-focus camera with LED flash, and on the front it carries a 2.1MP camera. It was running Android 4.1 Jelly Bean out of the box, and it supports 2G, 3G, and 4G networks. It also has Bluetooth 4.0, GPS, WiFi 802.11 a/b/g/n, and NFC, and it's powered by a non-removable 2020mAh battery.

The HTC Droid DNA offered consumers on Verizon one of the best Droid devices to date during its release. Even though it was a re-branded HTC Butterfly and made exclusive to Verizon's network, it was a great device with specs to match some of 2012's top flagships. The screen was always a pleasure to look at and the Beats Audio made for a better sound experience. Trusted By Millions
Independent, Expert Android News You Can Trust, Since 2010
Publishing More Android Than Anyone Else
29
Today
176
This Week
819
This Month
819
This Year
118643
All Time