The YouTube TV app is now gone from the Roku platform. Thanks to a disagreement between Roku and Google, the carriage agreement between the two companies has expired. This means that new customers won’t be able to install the app on their Roku device, but for now, current customers can still use the app. Though it’s unclear how much longer that will last.

However, Google notes that you will still be able to Cast YouTube TV onto your Roku device, even if the app is removed from the Roku Store. For those of you that may not have known, Roku does support Google Cast (as well as Google Assistant). So it’s not quite as easy as opening the app on your TV and finding something to watch, but you can still use YouTube TV, which is nice.

It’s very simple to Cast YouTube TV to your Roku device. Firstly, make sure that your smartphone and your TV are connected to the same WiFi network.

Now, open the YouTube TV app on your smartphone.

Then tap the Cast or AirPlay button in the upper-right hand corner of the app.

Select the device you want to Cast to. Which in this case, is going to be your Roku TV or set-top box.

YouTube TV will then open on your TV, and you can then choose what you want to play. Or if you already started a video, the video will just continue on the TV.

Now, you are able to use your phone to control what’s playing on the TV, at least within the YouTube TV app.

Again, it’s not quite as elegant or simple as opening the YouTube TV app on your TV and navigating to a channel or on-demand title that you want to watch. But it is at least available. 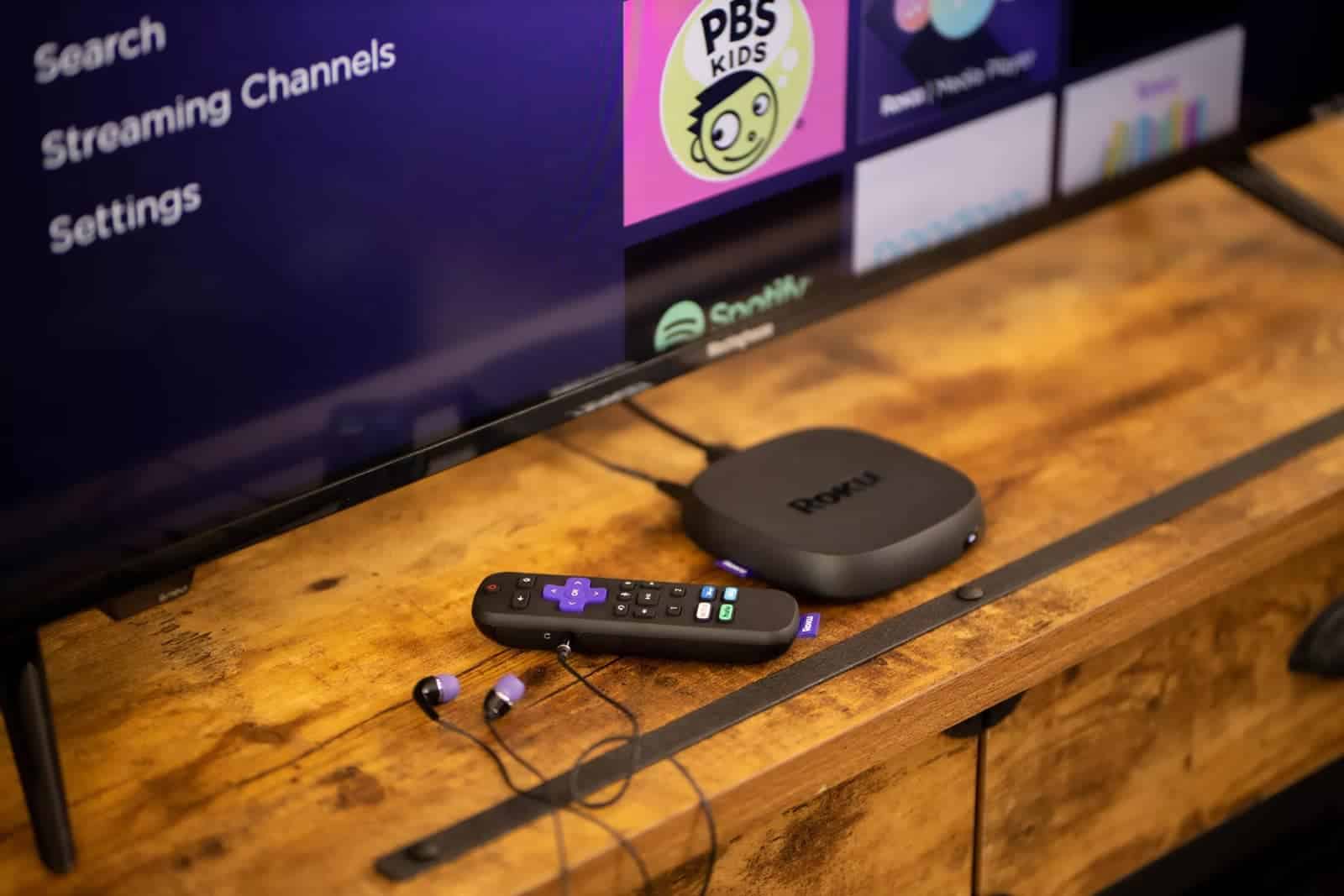 The big question is why, exactly, is the YouTube TV app no longer available on Roku? Well, there’s a carriage dispute between the two companies – Roku and Google. Roku believes that Google is throwing its weight around with its demands, while Google believes that the terms of the deal are “reasonable”.

Roku did publish some of the terms that Google wants in its contract with Roku, which it believes is unreasonable. Google, of course denied that those terms were in the contract. And unless one side publishes the contract, we’ll never really know who is correct. But in this case, we’ll say that they are both at fault here.

According to Roku, Google is asking it to do things that it does not see replicated on other (competing) streaming platforms. Roku claims that Google wants it to create a dedicated search results row for YouTube within the Roku Smart TV interface. Roku also claims that Google is requiring it to block search results from other streaming content providers, while the user is in the YouTube app.

Additionally, Google wants Roku to favor the YouTube Music results from voice commands made with the Roku Voice Remote, when the YouTube app is open. Even while the user has a different app set as their default music app.

Finally, Roku says that Google is threatening to require Roku to use certain chipsets and/or memory cards, to make it compatible with its apps. Which would force Roku to increase prices on its hardware, and also force most of its customers to buy new hardware.

Roku believes that this is all unfair, and that Google isn’t forcing its competitors to do this too. Of course, we don’t know for sure if Google is doing this. Considering Google hasn’t outlined their terms, just saying that this is false.

Will Roku and Google come to a new agreement?

So while it’s possible that the two could come to an agreement, it likely won’t be anytime soon.

It would benefit Google greatly to get YouTube TV back onto the Roku platform though. Considering Roku is the most popular platform on the market right now. Ahead of Fire TV, Android TV and Apple TV. And without Roku, Google is going to have a ton of angry customers, and might even lose some to a competing service like Hulu + Live TV – which added ViacomCBS channels today!

What is a carriage agreement?

You’ve likely seen disputes with cable companies and networks, where say DirecTV is dropping CBS and they want you to call DirecTV to get it back. Well, this is quite similar. It’s not as simple as making your app available for a platform anymore. As platforms want a cut of the revenue. And in Roku’s case, they also want to place some ads in the app. Considering Roku makes money on hardware, and very little on software, that is needed for them to stay afloat.

This is why HBO MAX and Peacock were not available on Roku (and Fire TV) at launch. But they did eventually come to the platforms.

Basically, Google gives Roku the right to carry YouTube TV. And now with streaming services, it’s getting a lot more complicated. You may remember that Sinclair could not come to a carriage agreement with YouTube TV (and most other services) for carrying its regional sports networks. Well now, the same can be done with platforms. So not only do you have to worry about a service losing channels, but it could also lose app availability.

And we thought that streaming Live TV was going to be way more convenient than traditional cable TV.

Hopefully, Google and Roku do work something out rather soon, so that users don’t have to Cast YouTube TV to their Roku devices for long.