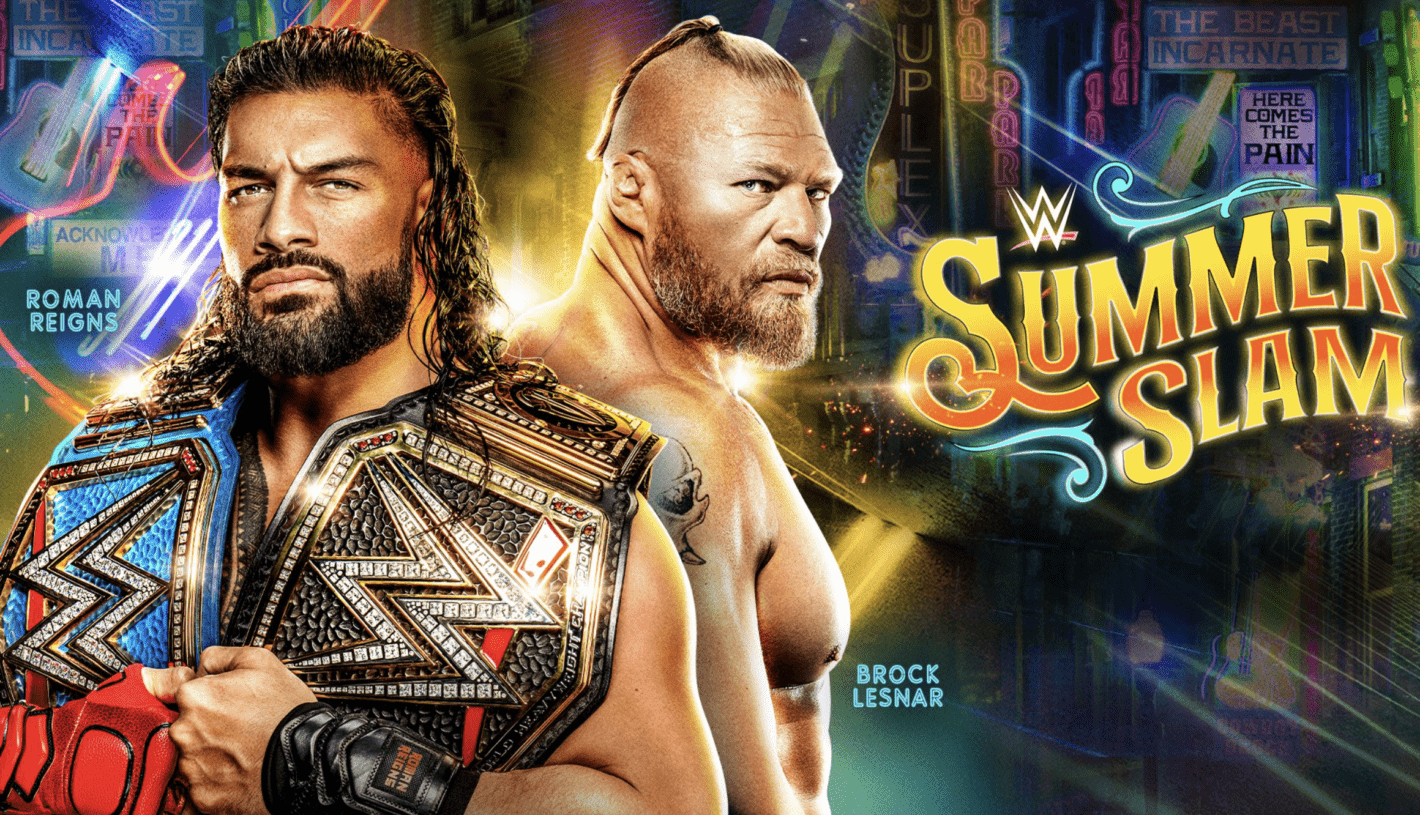 SummerSlam is back, and taking place in Nashville, Tennessee at Nissan Stadium. This will be only the second time that SummerSlam has eminated from a football stadium. Prior to last year, being at Allegiant Stadium in Las Vegas, SummerSlam stuck to either basketball/hockey arenas or baseball fields (similar to the Royal Rumble). The WWE is expecting a bit crowd for SummerSlam this year, and the card isn’t going to disappoint.

Many WWE fans are excited for this event, because it’s going to be the first Premium Live Event since Vince McMahon retired as CEO and Chairman of the company. Many have been waiting for that moment, as they feel McMahon’s hands on Creative had become stale, and forced a lot of big names to leave for other promotions. Now with Triple H (real name, Paul Levesque) taking the Creative reigns, it should make for an interesting show.

How To Watch WWE SummerSlam 2022

In the US, you can watch SummerSlam on Peacock. It’s cheaper than the WWE Network was at just $4.99 per month. And if you have Comcast or Spectrum, you can get it for free. The PPV is included in the cost of Peacock. So it’s a no-brainer to sign up for Peacock. Which you can do here.

Outside of the US, you can watch WWE SummerSlam 2022 on the WWE Network.

The Main Event is undoubtedly Roman Reigns vs Brock Lesnar. Now yes, we’ve seen these two fight many times, including earlier this year at Wrestlemania 38 at AT&T Stadium in Dallas. But now that Reigns beat Lesnar at Wrestlemania to unify the championships, it makes this match even bigger.

On Sunday, the day after SummerSlam, would mark Roman Reigns’ 700th day as champion in the WWE. That’s a record, by a long shot. Beating the previous record in the modern era, set by CM Punk in 2011-13, when he lost to The Rock. Now Bruno Sammartino still has the all time record at over 2,700 days. But that record has no chance of being broken in today’s WWE since the titles are defended every month, and not a couple times a year.

Brock Lesnar and Roman Reigns first fought at Wrestlemania 31, over seven years ago. Reigns was challenging Lesnar for the WWE Championship, before Seth Rollins cashed in his Money in the Bank contract making it a triple threat and walking out as champ. Since then, the two have put on some absolute classics, including a match in Saudi Arabia last year.

The wild card here, is going to be Paul Heyman. Heyman was Lesnar’s manager from the very beginning, when he first came on the scene in WWE back in 2002. When he returned in 2012, Heyman was by his side once again. However, now Heyman is managing the Tribal Chief, Roman Reigns. So could we see Heyman turn on his Tribal Chief and go back to his Beast Incarnate? We’ll have to wait and see.

This is a Last Man Standing match, which means you need to beat up your opponent so bad that they can’t get to their feet by the count of 10. We’ve seen some interesting endings to Last Man Standing matches before, like John Cena duct-taping Batista’s feet around the ring pole. Or Roman Reigns burying the Big Show under the Announcer’s table to win. So this is bound to be an epic match.

You may be wondering who is on the card at SummerSlam this year. Here’s the full card. Keep in mind that this is subject to change. And the WWE has bene known to cancel matches or move them to Raw and Smackdown due to time.

What time does WWE SummerSlam 2022 start?

WWE SummerSlam technically gets underway at 7PM ET on Saturday, July 30. Like with all of its PPVs for the past seven years, there is a pre-show that starts at 7PM. This is where WWE has a number of commentators getting you ready for SummerSlam. Going over the matches, giving some predictions and such.

The full-on show will start at 8PM ET. SummerSlam typically ends around 10:30-11:30PM ET. It really depends on how much time is given to each match. And you can bet that the main event is going to be a long one, since it’s a Last Man Standing Match.