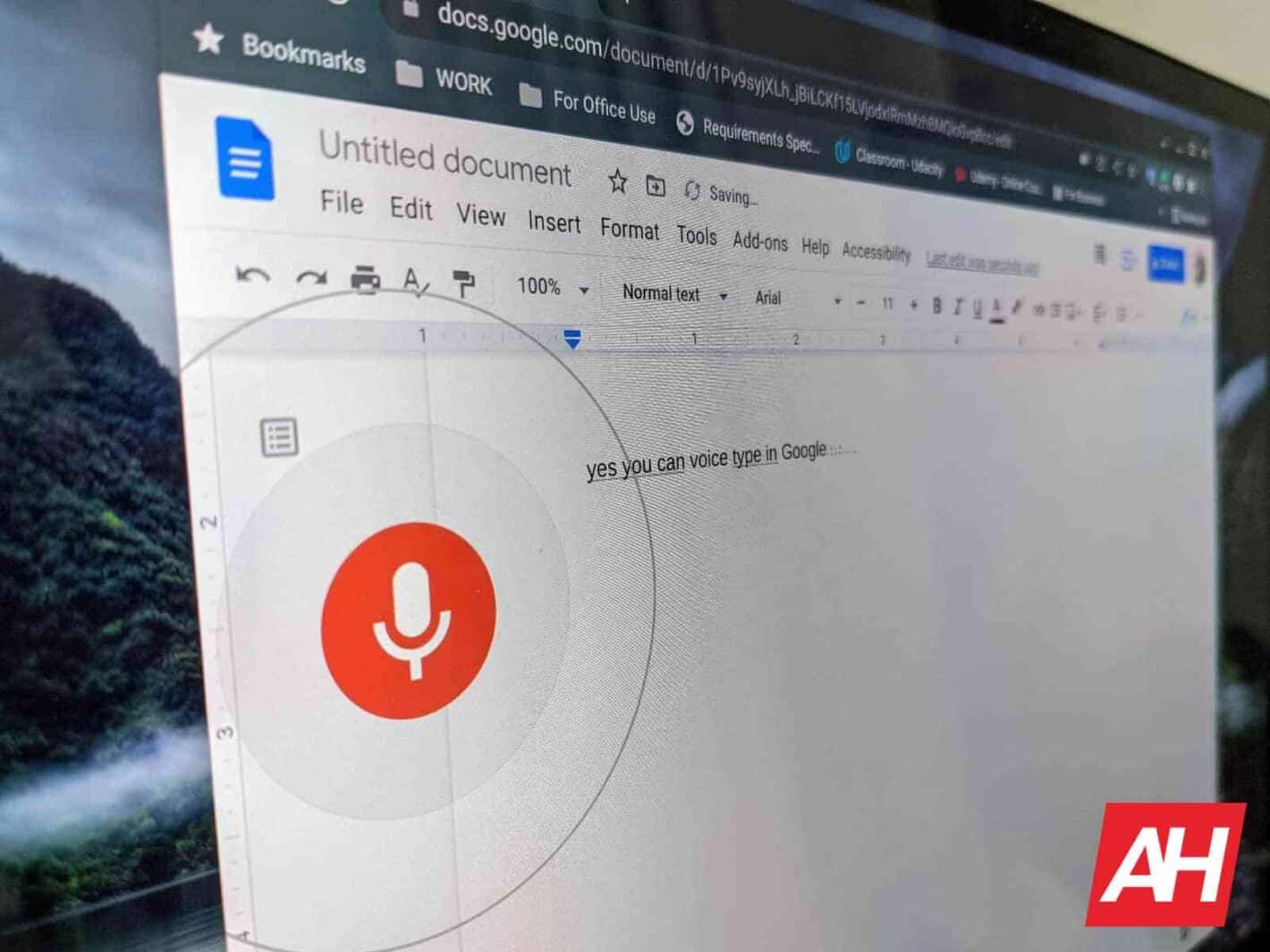 One of the most useful features of Google Docs — and arguably one of the things that set it apart from other apps in terms of how well it functions — is the ability to type with your voice. Specifically, using Google’s speech and voice recognition algorithms and a mic-enabled gadget. That is, of course, just one of its features. But it’s a useful one to have.

Now, there are plenty of reasons why anybody would want to use your voice to type — in Google Docs or elsewhere. For instance, if you’re busy and don’t have time to sit down and type, you might be able to multitask for the bulk of that work. Coming back to manually edit your work later. Or maybe you’ve got some other reason why you can’t use your hands to type.

Conversely, maybe you’d like to keep a transcript of a conversation or meeting. And voice typing features work reasonably well for that too.

Whatever your reason for needing to use your voice to type in Google Docs, that’s exactly what this guide is here to help you do. Whether you’re on your mobile device, tablet, or computer. So let’s dive in.

Here’s how to voice type into Google Docs

Voice typing in Google Docs is very different depending on where you’re doing it. In fact, on the app side, it isn’t even really supported on mobile. Instead, it utilizes keyboard-specific features to work. But it does, in fact, work on either a phone or tablet as long as your keyboard supports it — as we’ll discuss in the second half of the guide below.

The most commonplace, however, will be on your computer. And, fortunately, that’s an almost identical process across the board. So this guide will work whether you’re on Mac, Linus, Chrome OS, Windows, and whether you’re on a laptop, desktop, or tablet on that front too. Unlike many guides pertaining to this suite of tools.

It’s worth noting, and we’ll cover this again a bit later on, that you’ll also need to speak out punctuation. For instance, saying “period” to insert a period, “left parenthesis” for that symbol, and more. You’ll also need to manually create a “new line” for the “Enter” key and certain other phrases will complete an action instead of typing. So there is a bit of a learning curve. 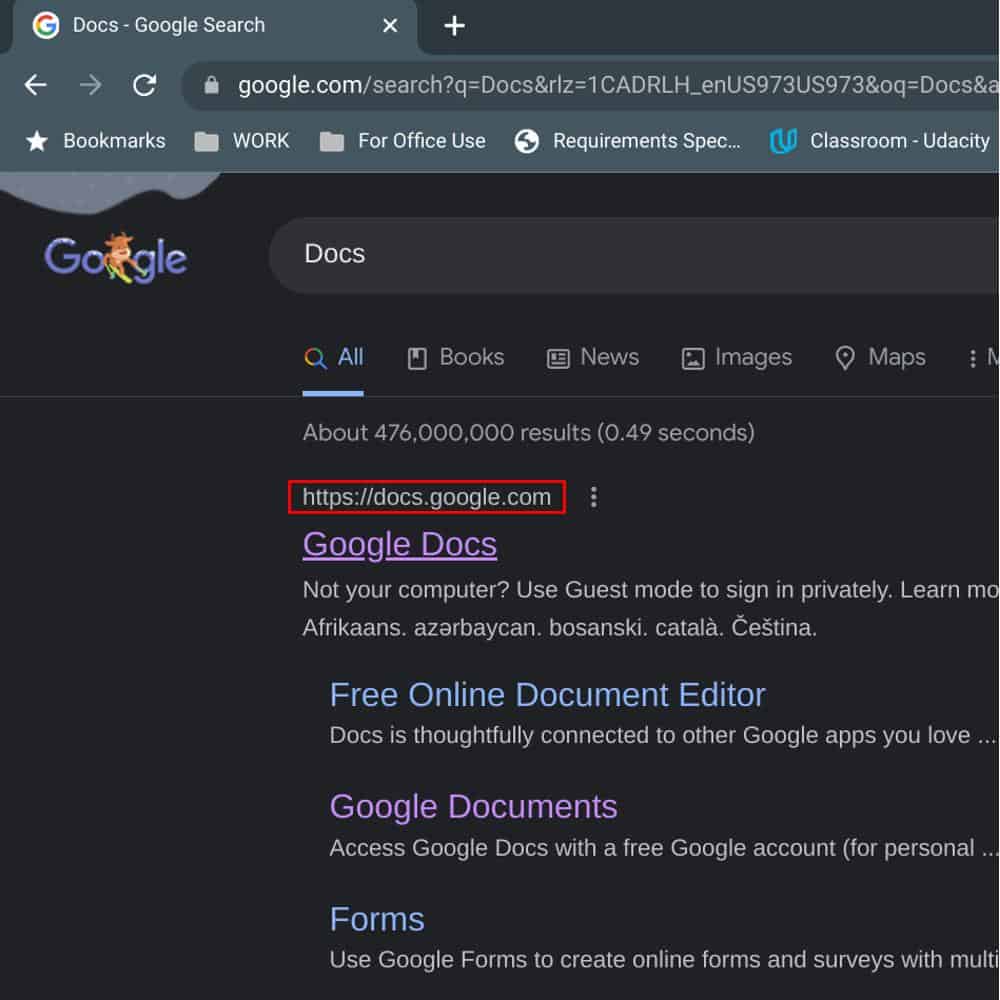 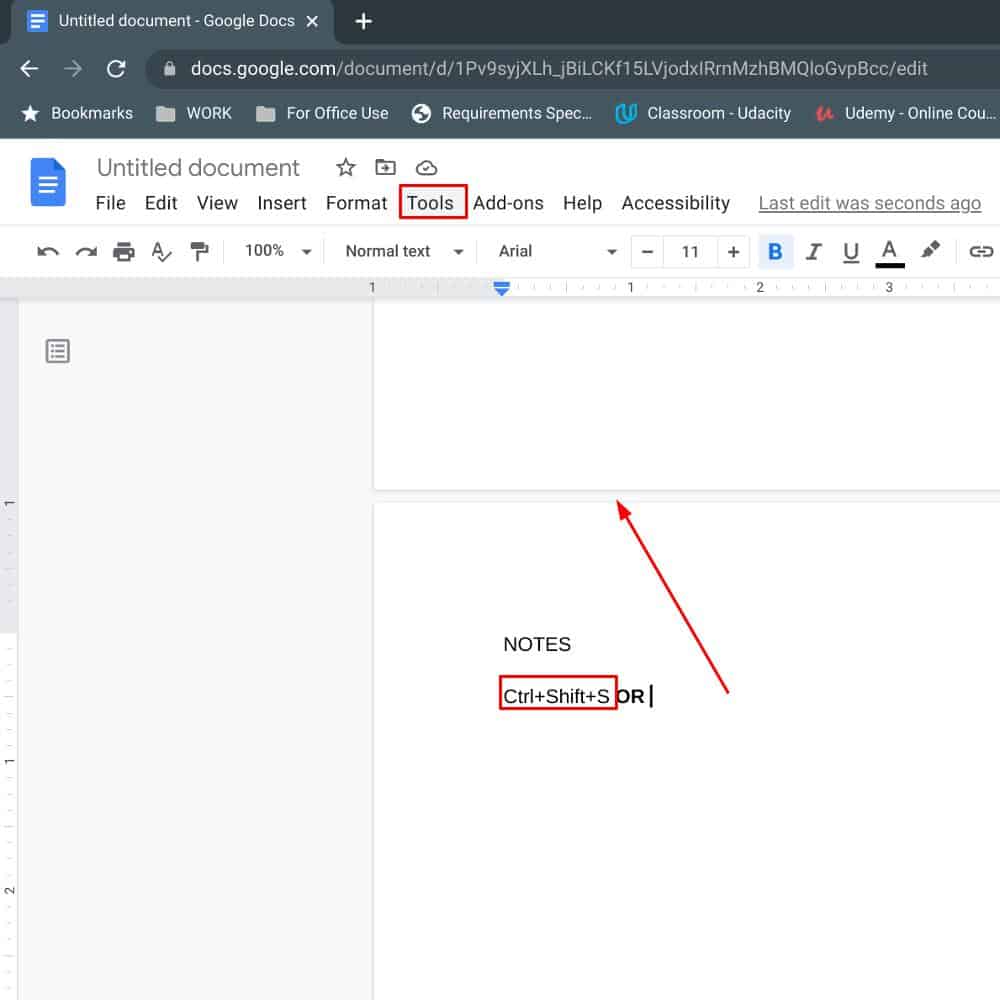 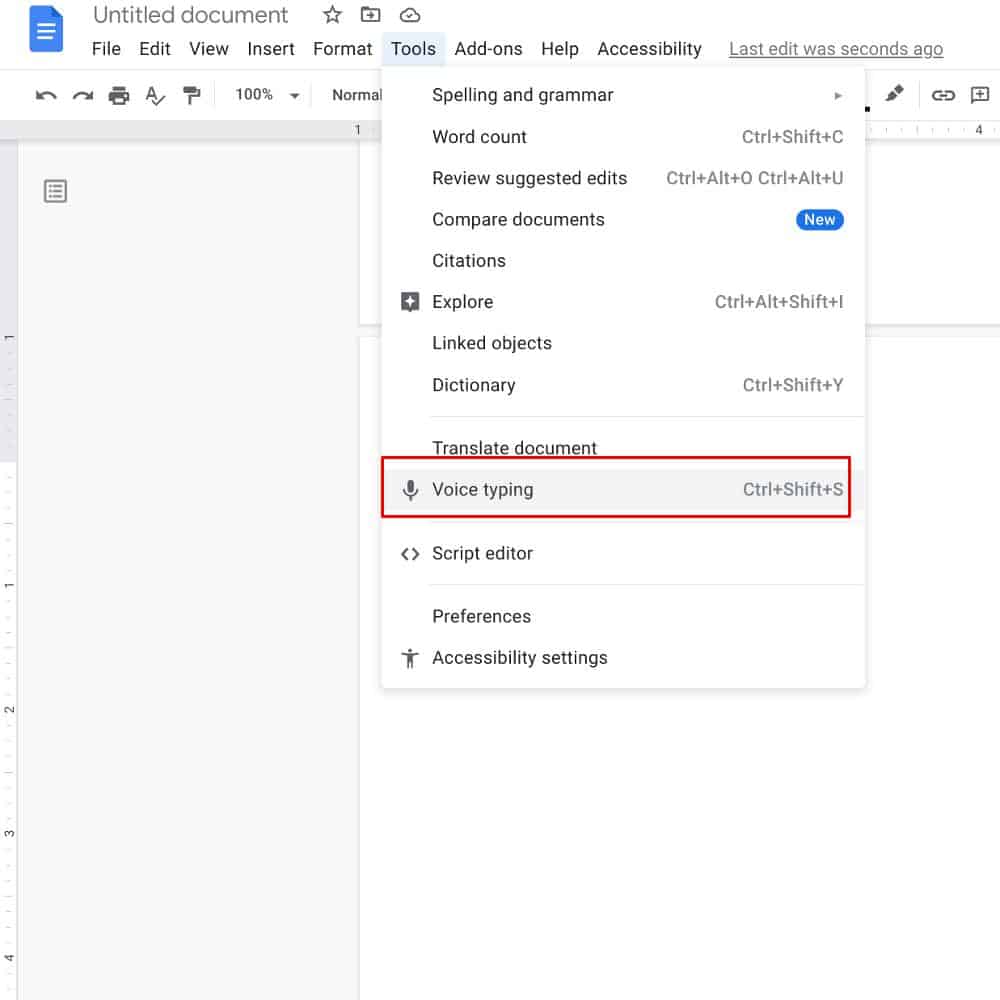 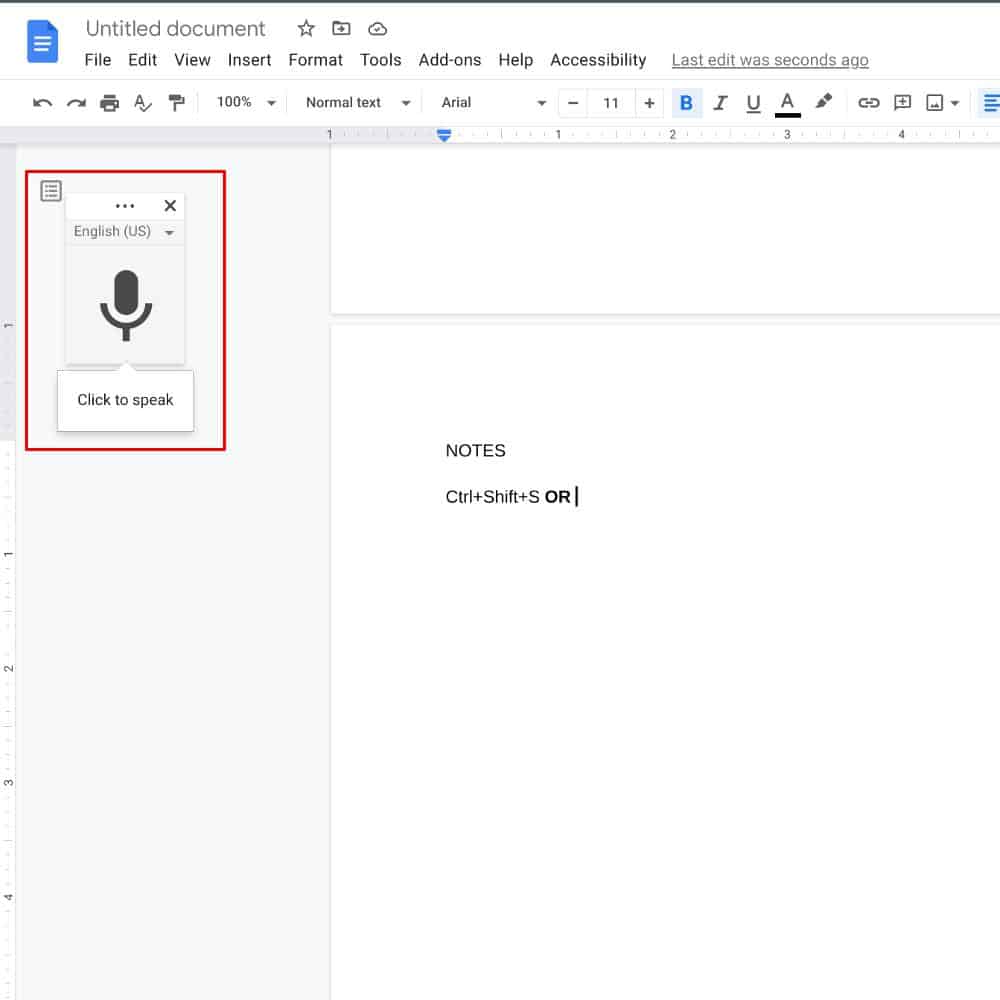 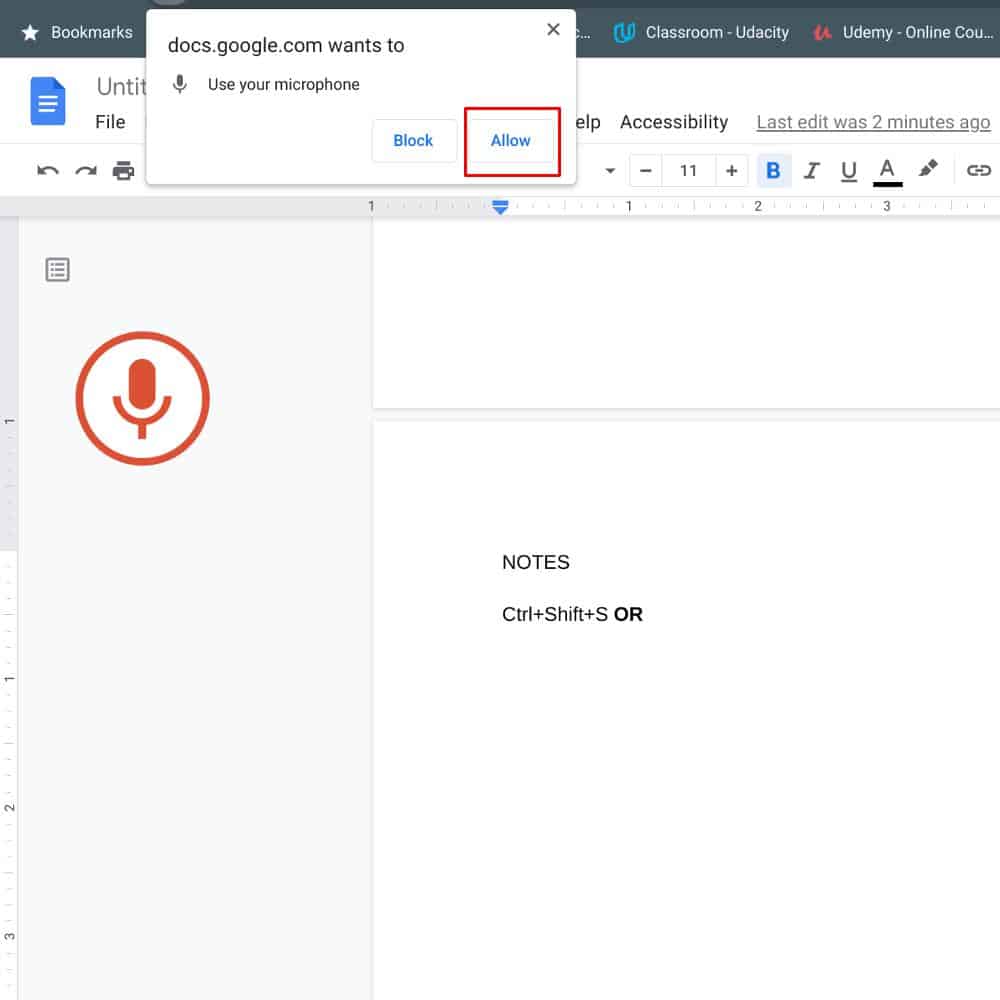 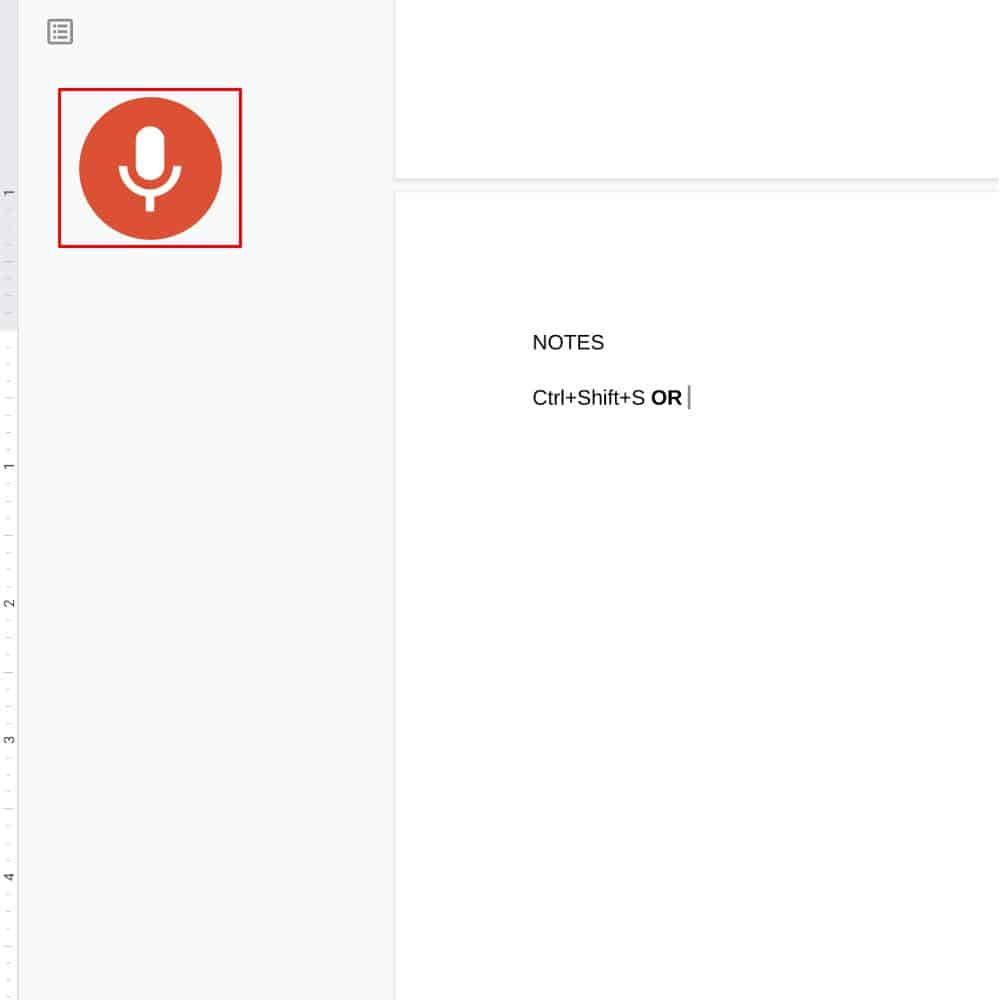 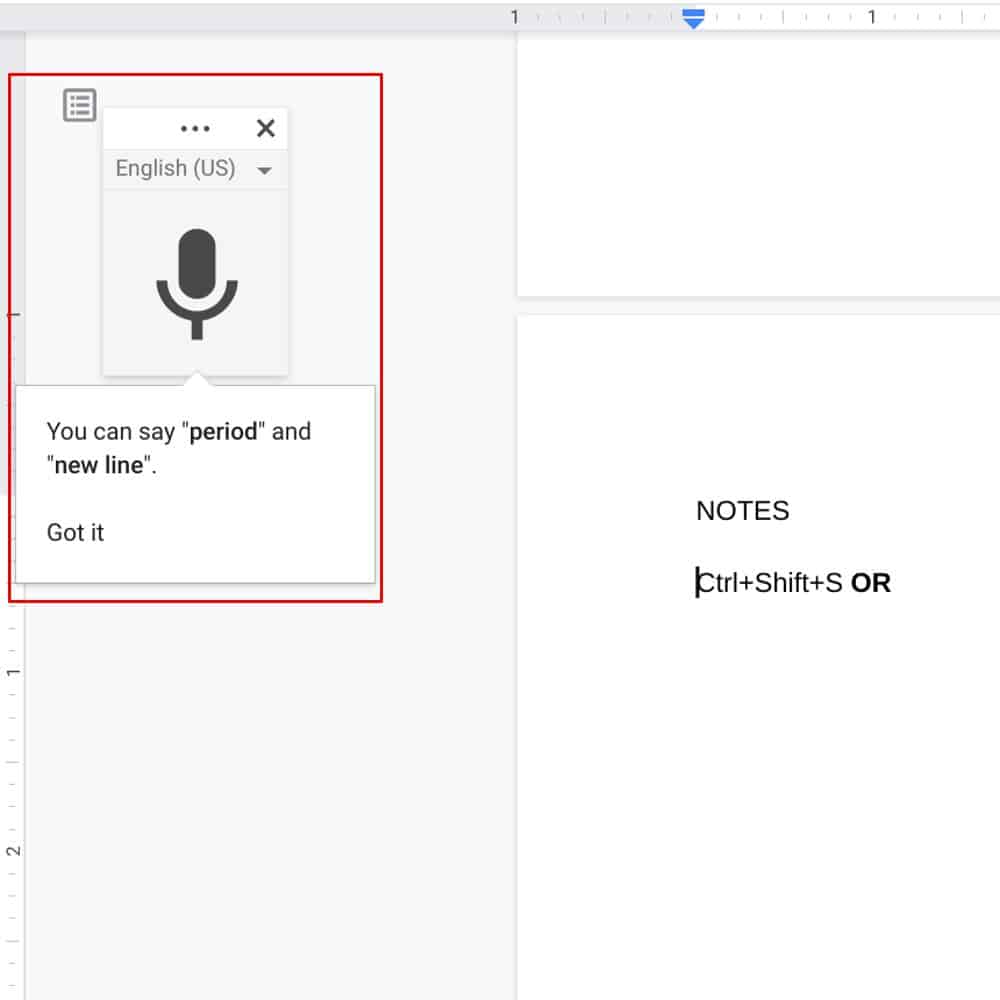 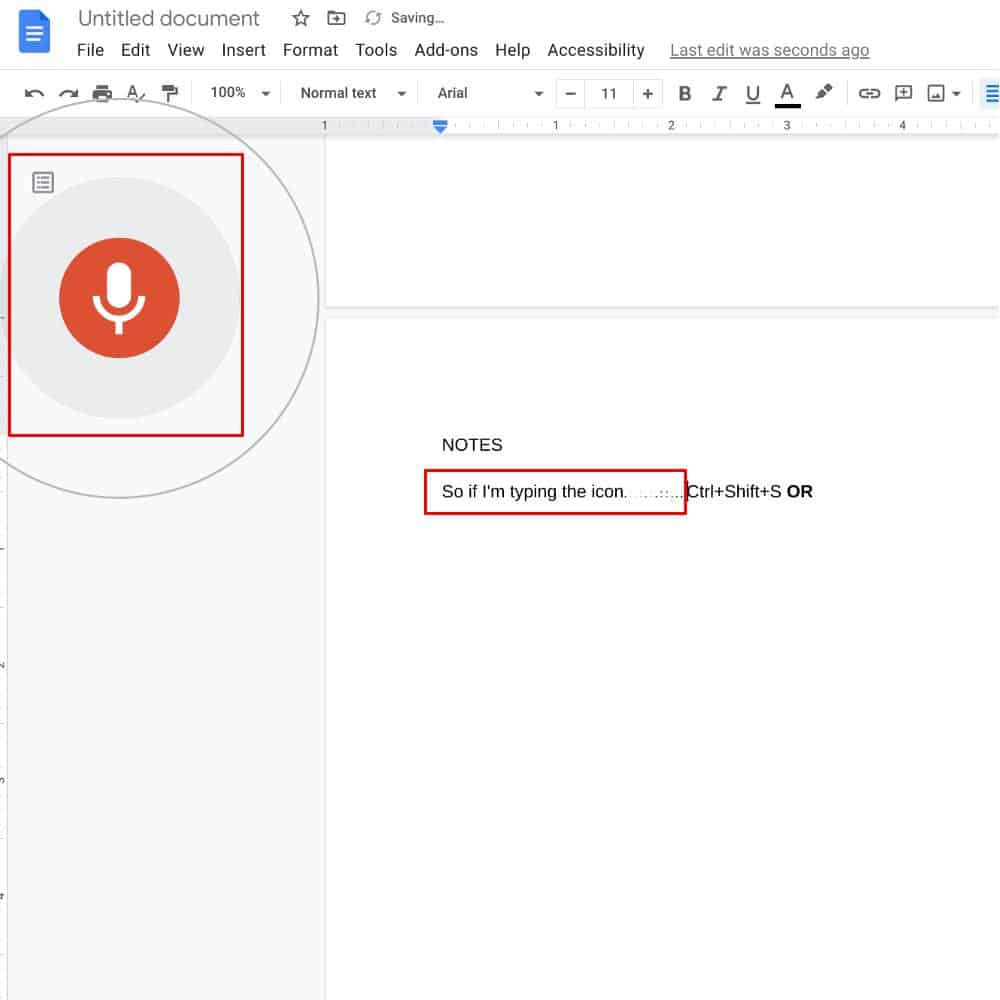 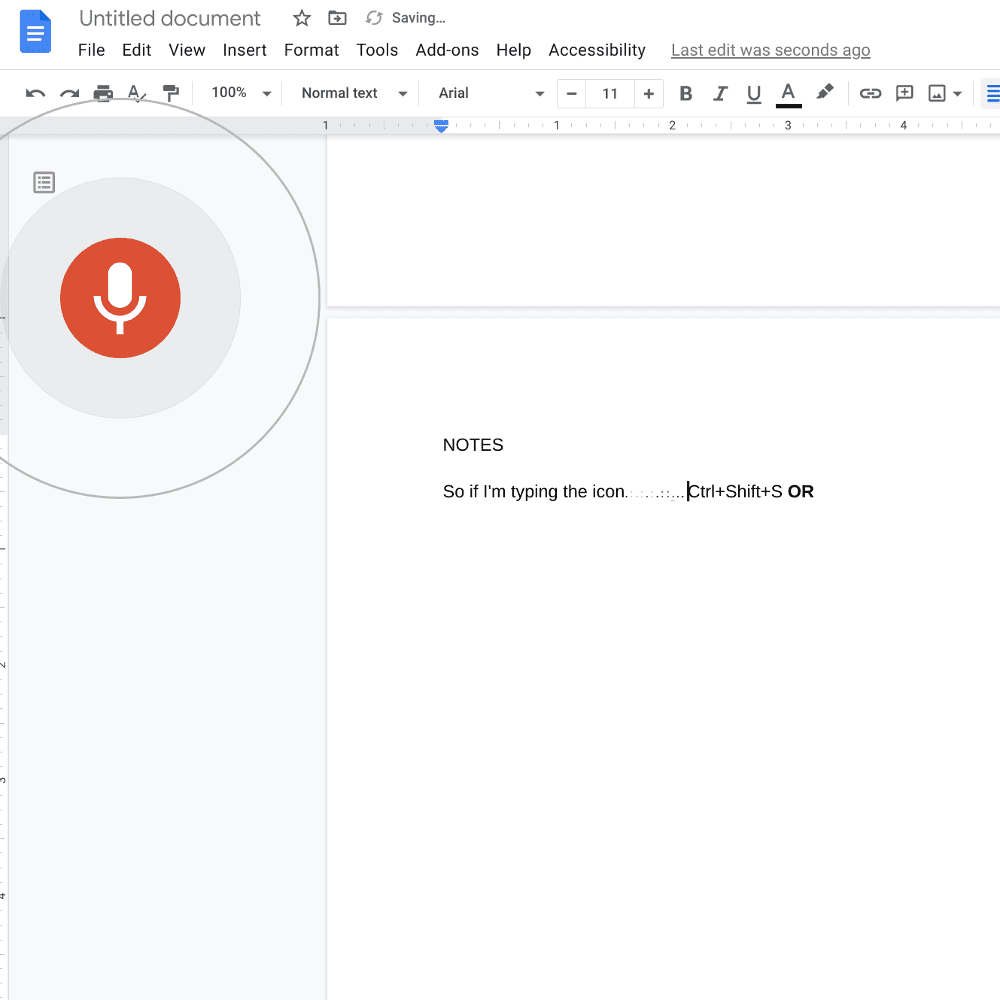 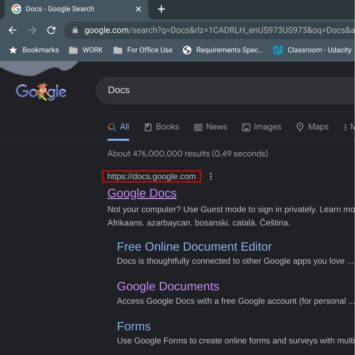 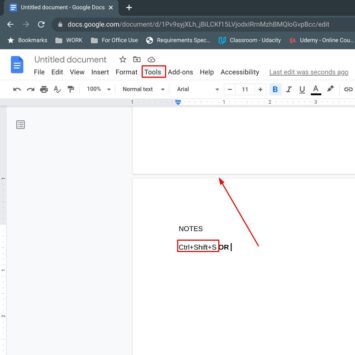 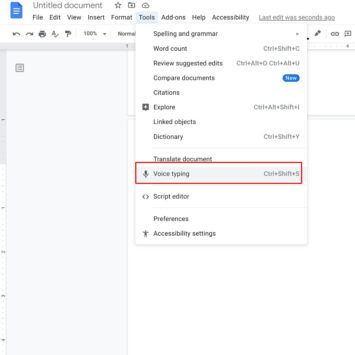 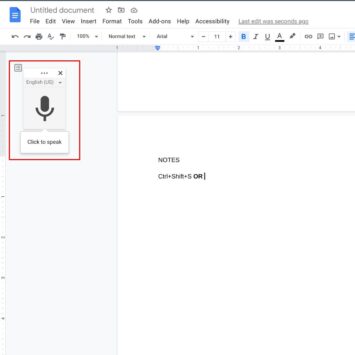 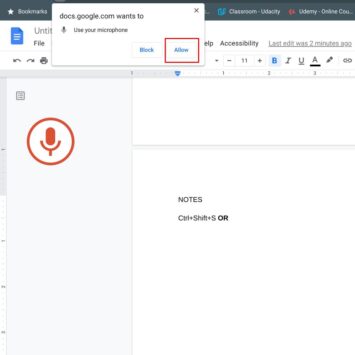 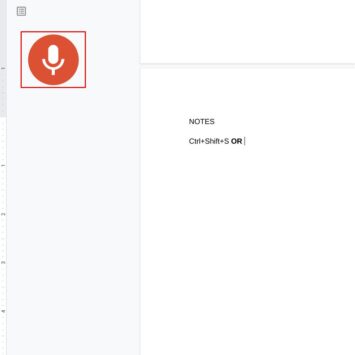 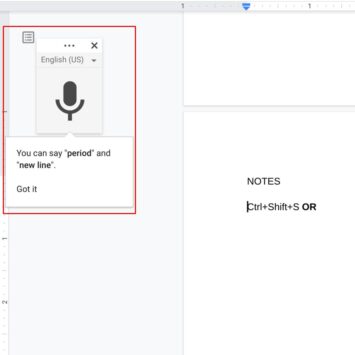 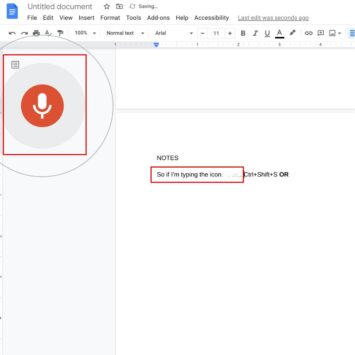 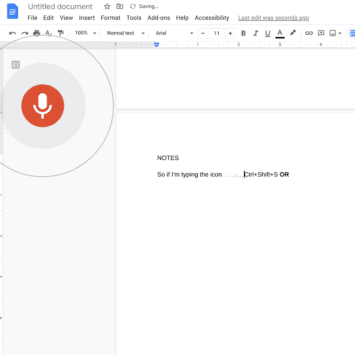 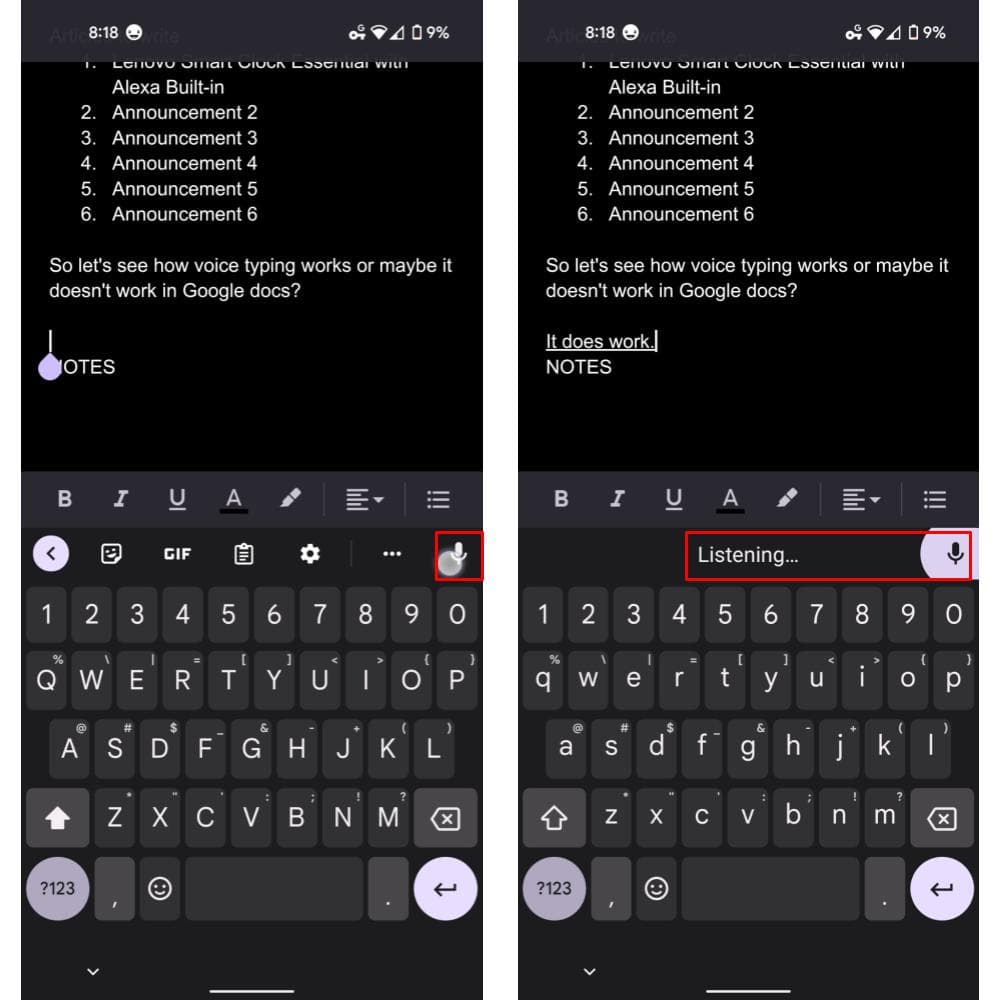