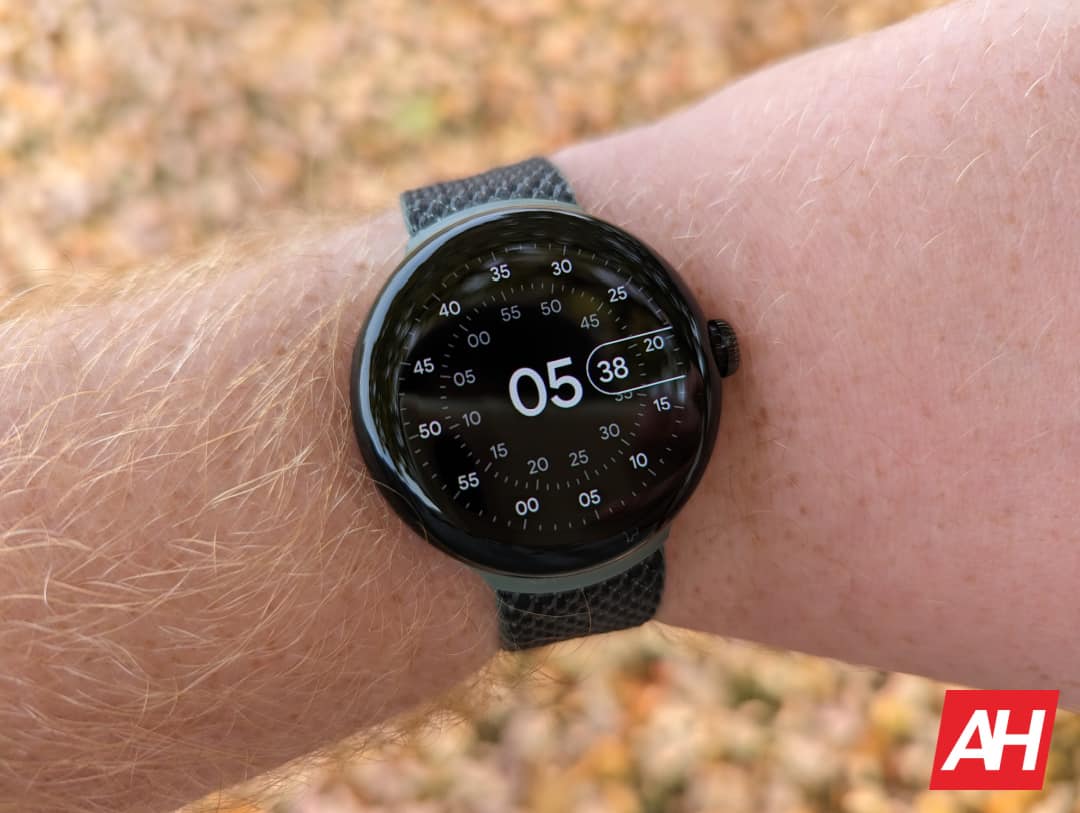 The Google Pixel Watch is Google’s first smartwatch, and it’s a pretty good first attempt. But battery life does leave something to be desired. Luckily, there is a quick way to get quite a bit more battery out of the Pixel Watch. And that’s by turning off the always-on display. As you might expect, having the display on all the time does use up quite a bit of juice. So you can turn that off and save a few hours of battery life.

Today, we’re going to show you how you can turn off the AOD on the Google Pixel Watch. It’s quite easy, and can be done on the watch itself as well as through the companion app. In fact, it’s basically the same steps, but on different screens. So without further ado, here’s how to do it.

How to turn off AOD on the Pixel Watch

There are two ways that you can turn off the AOD or always-on display on the Google Pixel Watch, and we’re going to go over both ways here. The first is on the watch itself. With the second being through the Pixel Watch app on your phone.

On the Pixel Watch

On your Pixel Watch, pull down the quick settings from the top, and tap on the Settings icon. It’ll look like a gear, and should be in the middle of the bottom row. 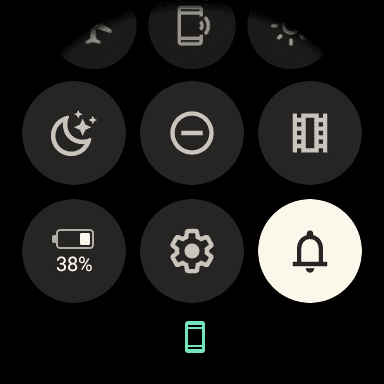 Next, scroll down to Display. It should be the second option. 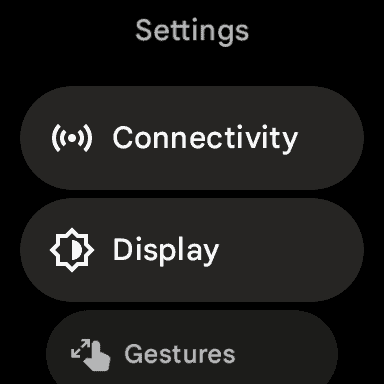 Now scroll down to Always-on screen. 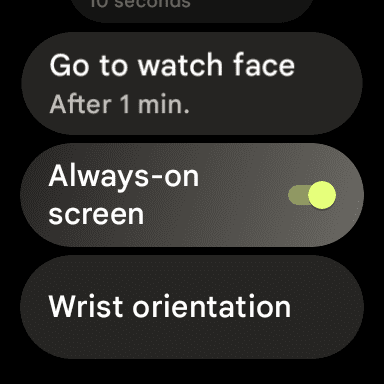 Tap on the toggle next to it, to turn it off. 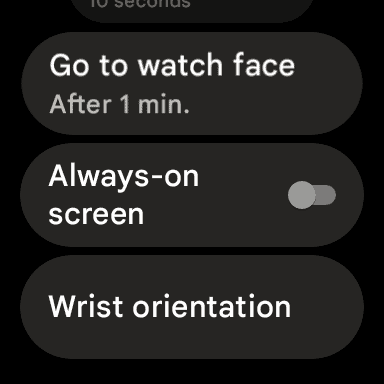 That’s it. That’s how you can turn off the always-on display on the Pixel watch and get some extra juice.

On your phone, open the Pixel Watch app.

Now, scroll down to the Watch Preferences option and tap on that.

Next, tap on Display & gestures.

Now, below the screen timeout, you’ll see an option for Always-on screen. Tap on the toggle next to it to turn it off.

And that’s it. It’s basically the same as on the watch itself, but it’s in the app on your phone.