High-quality audio devices and wearables are becoming more common and affordable, and that means there are more options than ever when it comes to purchasing. And audio quality itself is a subjective matter, so how do you test to see how good the earbuds or headphones you bought actually are?

The short answer is that the quality of sound is mostly a subjective matter. What sounds good to you doesn't necessarily sound good to anybody else. Not only does everybody's ears hear tones and frequencies just a bit differently. But there are also key differences between individuals when it comes to preferences.

The result is earbuds or headphones that ensure the listening experience is exactly as intended when the audio was recorded. And that's the point this guide hopes to address. There are apps and other methods to equalize audio with a focus on preferences. But if the frequencies are showing up weak, to begin with, those won't make much of a difference. With that in mind, how do you actually test the audio quality of your listening device?

Here, we're taking a closer look at a few easy methods that you can help test the audio quality of your headphones or earbuds. And they work regardless of whether you're on a smartphone or computer.

The first method for testing your audio device is arguably going to be the easiest here. If not the most accurate. In fact, it doesn't even require any special software and there are dozens of tests to choose from. Potentially hundreds. And that's because we're talking about the humble YouTube video.

If you search for any of the key terms "audio test," "audio response test," or "bass response test" on YouTube, the site will present you with a slew of options to choose from. Now, there are going to be some key differences between the tests that show up as a result but any number of them will give you just what you're looking for. Namely, a test that plays through frequencies from low-to-high or high-to-low at an equalized volume. The video shows which frequency is currently being played in real-time.

What that does is to allow you to see where your headphones start playing back audio. And where the audio cuts out again. In effect, this will show you just how low and high your headphones or earbuds can go. And, simultaneously, will show you if there are any audio quality discrepancies in between. For our example, we're using an HD audio test uploaded to the channel "adminofthissite" because it's been among the most consistent we've found.

Now, it's also worth mentioning that your ears may actually be the reason you can't hear audio as well at certain frequencies. But that's not the intention of any of the tests in this guide. Your listening device or source device could also have limitations in terms of audio codecs and frequencies. But that should, at the very least partially, also be revealed to some extent during these tests.

How to test your listening device audio quality via a website

Of course, if you don't want to rely on your luck with YouTube videos, there are other options. There are tests on the web that will work on a computer, Chromebook, or smartphone equally that are a bit more accurate and in-depth.

Now, any number of websites can be used for testing audio quality and they each perform tests a bit differently but the concept is the same. For this guide, we're going to cover how to use "audiocheck.net," arguably one of the better sources out there for audio tests. This test includes a number of different audio aspects, including frequency response. But it doesn't take a lot of work to accomplish, although some time will need to be set aside. This test is more comprehensive.

Specifically, that's the audiocheck.net 'The Ultimate Headphones (and Earphones) Test', and using it couldn't be more straightforward.

Once the page for the tests loads, it's important to bear in mind that the audio test should be performed without adjusting the volume. And, of course, with the headphones on your head or earbuds in your ears. It's also important to bear in mind, before continuing, that some audio distortions or anomalies — as explained on the page — can be caused by audio equipment, listening device, or your own ears.

The page that the link takes you to will lay out an array of tests. Those are subdivided into descriptions and on-page interactive media player controls. In any case, now you're ready to get started testing your headphones or earbuds. Here we'll discuss how to step through the tests one-by-one and how to gauge the results of the tests.

To test frequency extension of your headphones or earbuds

As might be expected, it delivers a sweeping — or curved — audio tone. That's set to play in a way that's flat, to compensate for the way hearing loss is typically more prominent at the extreme high and low end of the frequency spectrum. If your earbuds or headphones test flat, that's a good thing in this test. What you're looking for is audio that dips in volume or power. But this test doesn't work exactly as others here do either. 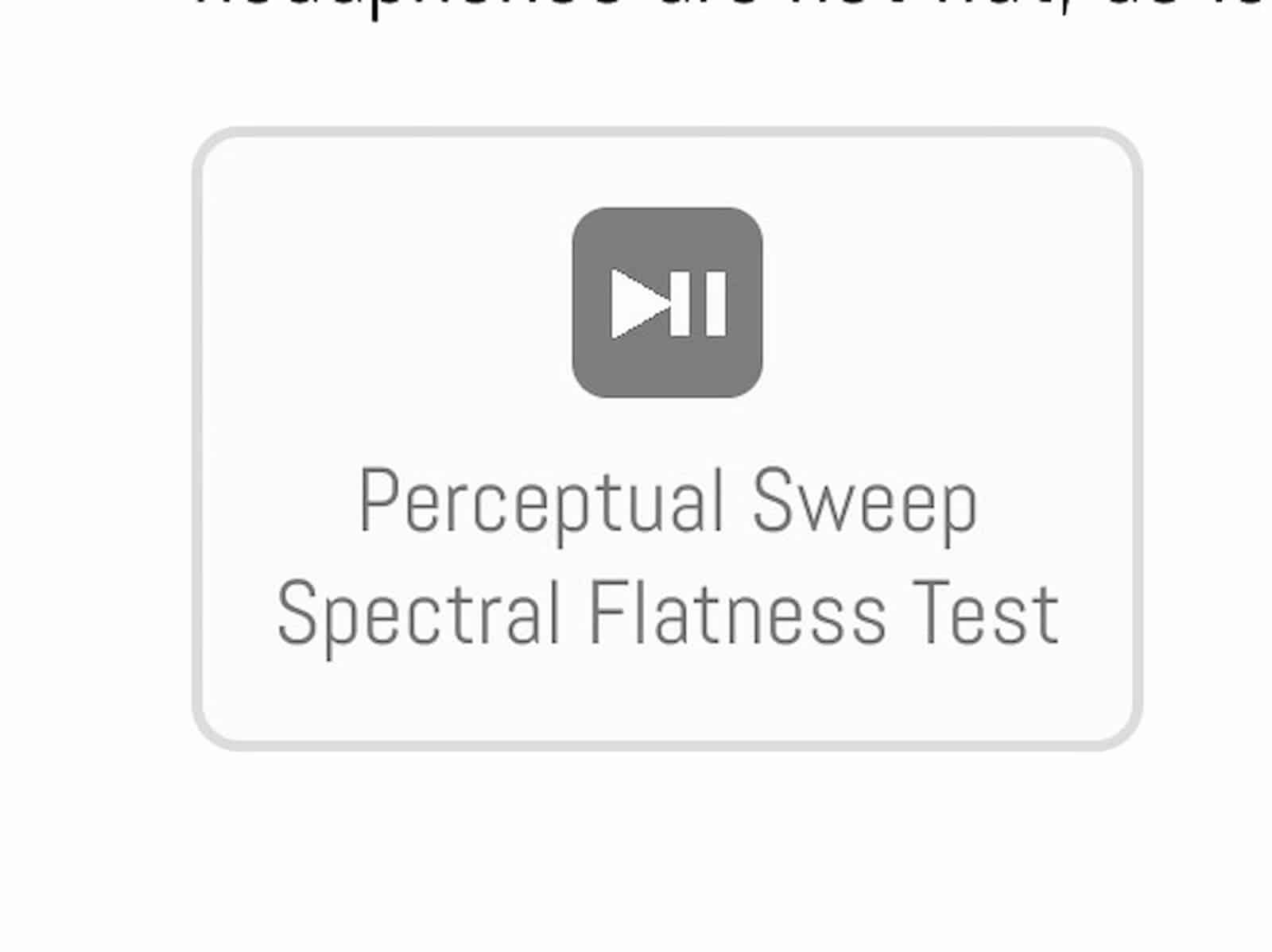 Another key indicator of audio quality is the dynamic range of the listening device and this site also offers an easy way to test that. Specifically, a way to test that the audio being played by your headphones is wide enough to drown out external noise and isolate what you hear. 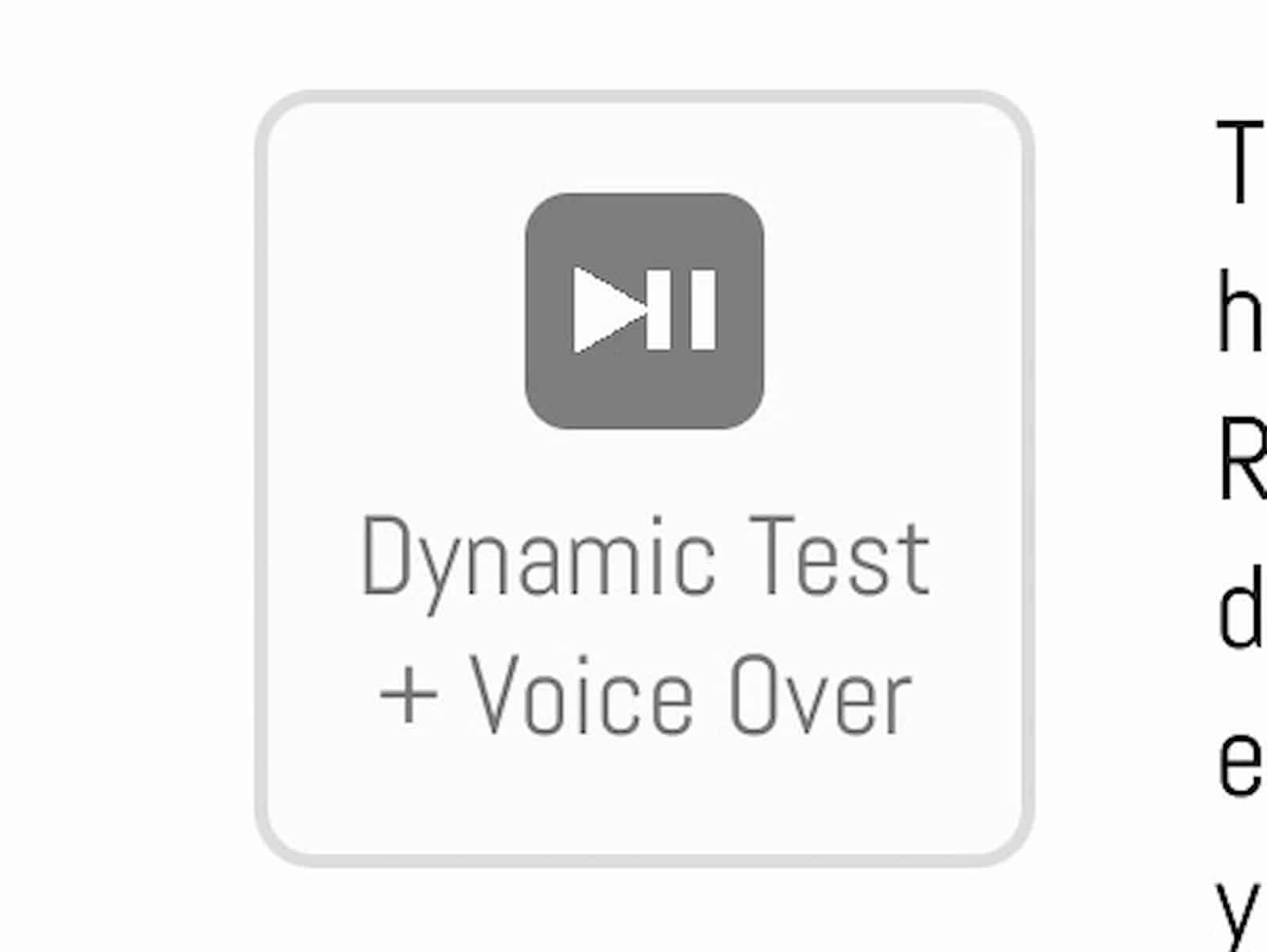 Test audio quality or that wear

The next test is simply labeled "Quality" and checks that the integrity of your audio device hasn't diminished too much. Or, conversely, that the audio device can hold out under strenuous conditions — specifically heavy, loud bass tones — without losing integrity. You'll be listening for rattle or buzz in your headphones. 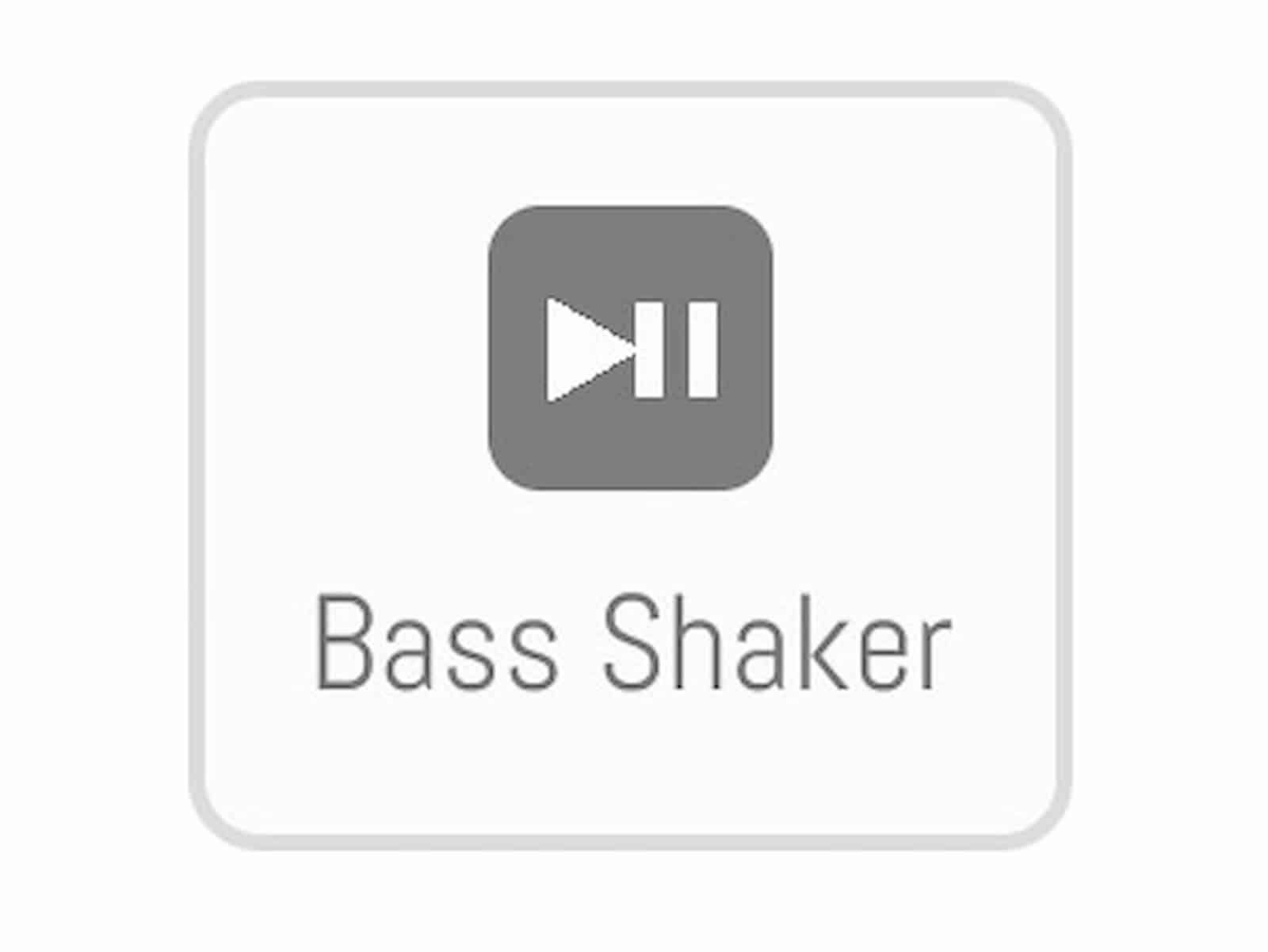 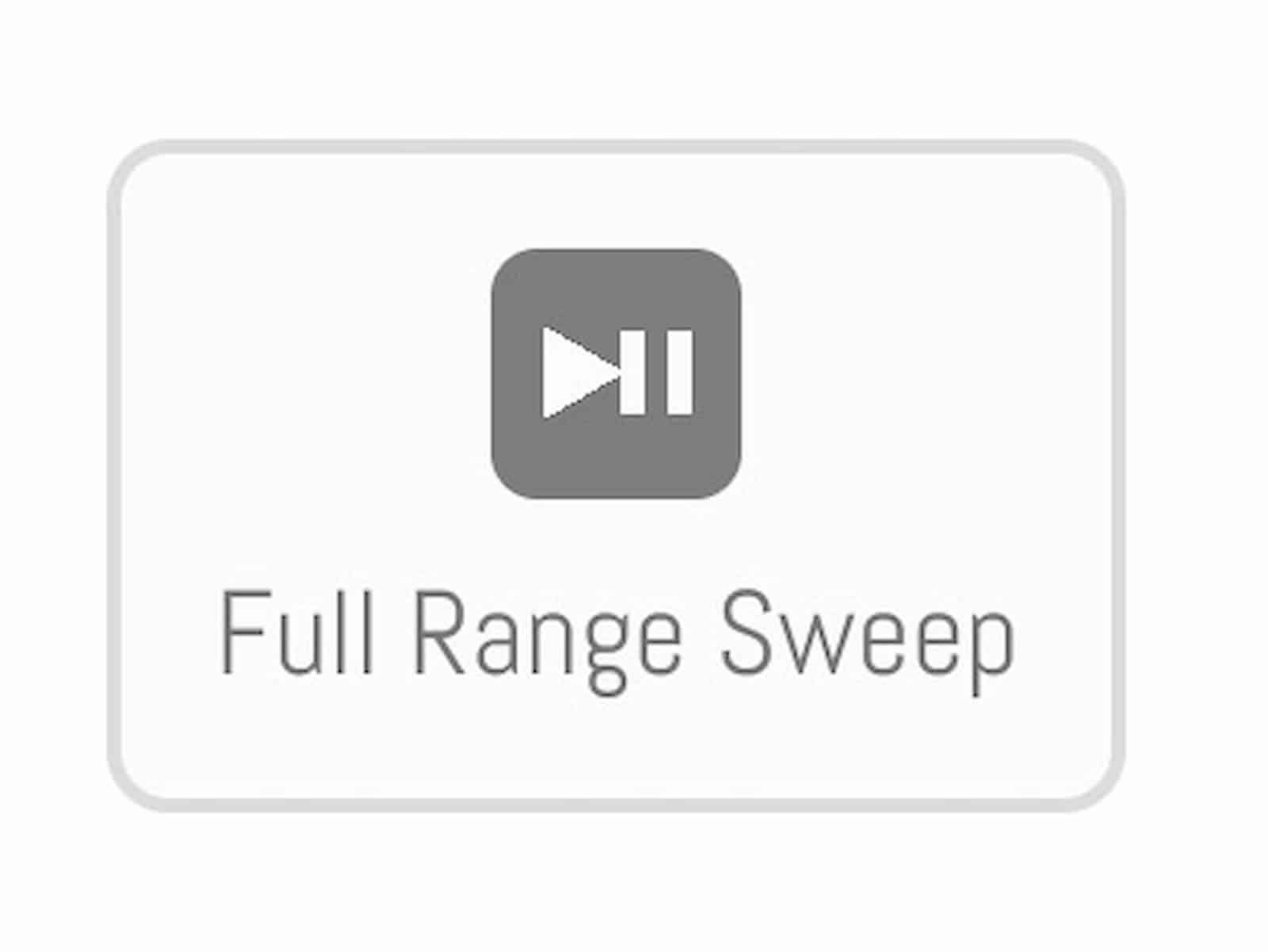 The latter of the two tests can also help you determine if your headphones are mono or stereo. For stereo headphones, the audio should ring through clearly on the 'Center' and 'Twisted' tests. Audio may not play at all for mono headphones or earbuds.

Check to see if your audio device supports binaural playback

The final test worth consideration works only with headphones. Namely, that's the "Binaural Test," found under the segment of the same name.

Binaural audio is effectively audio that's been recorded from mics placed inside ears. So the audio is split to recreate exactly what the wearer heard. Put simply, it allows realistic placement of sounds. For instance, there are binaural videos on YouTube that simulate a haircut. And the audio appears to match what you might hear during a haircut down to where the sounds are coming from for a fully immersive experience. 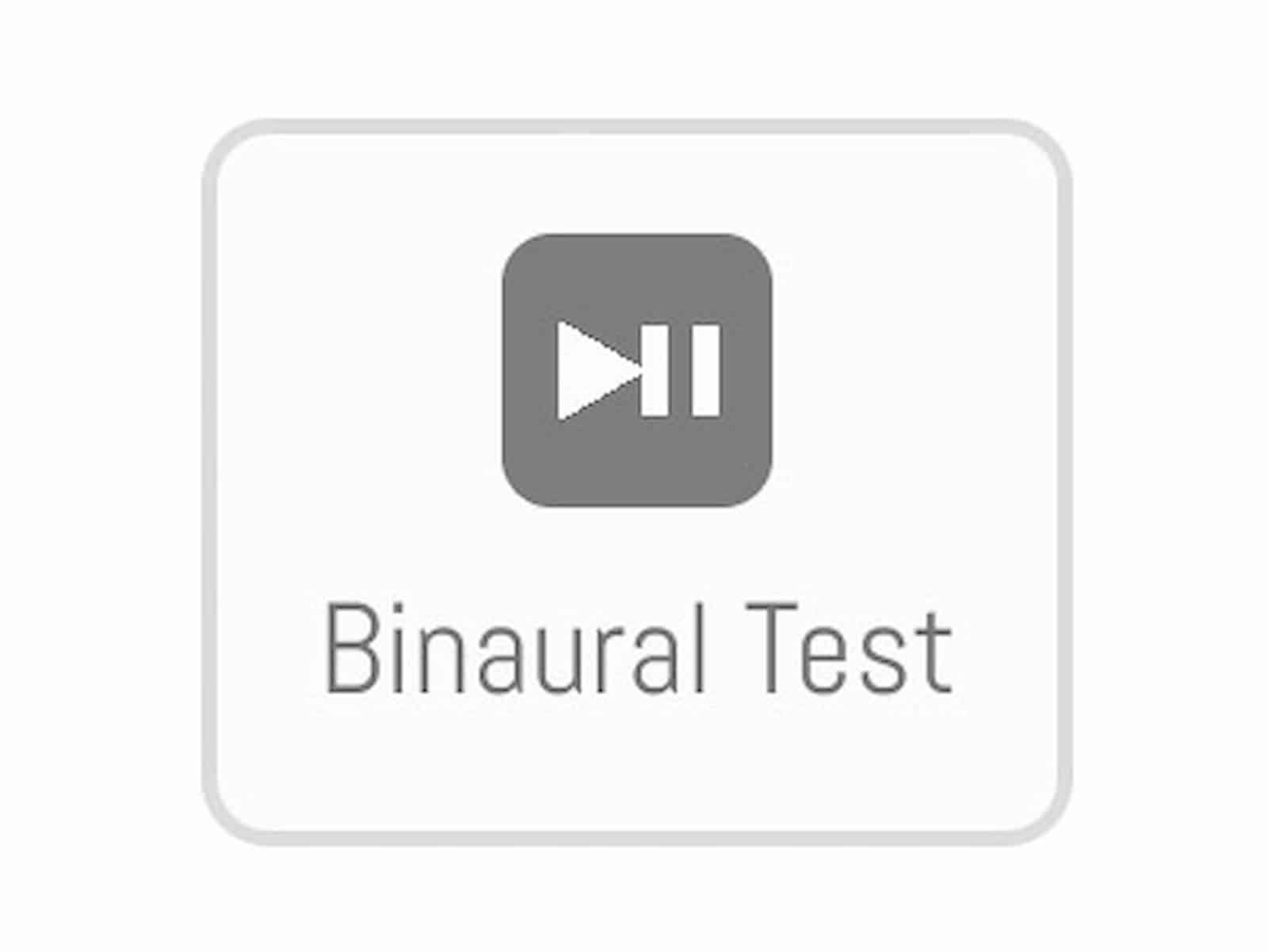 How do you improve the quality of your audio device?

Now, if your headphones don't quite meet your expectations, there are ways to fix that. Or at least there are for most headphones. And we're not just talking about universal audio equalizer apps on the Google Play Store. Although those are certainly available for those who don't have earbuds or headphones that are compatible with better options.

Many OEMs and models are, in fact, supported by third party options that are professionally tuned for great audio. One of the more widely used of those is SoundID. The Sonarworks-built software also works on computers but at a cost. But regardless of where it's used, the tool offers a way to fully customize the quality of the audio. Or, more specifically, to tune the audio to better match your own ears.

So, if the test reveals that there are discrepancies, rather than rushing out to be a pricy new set, those types of tools can help. Or at the very least give you time to decide on the best earbuds to replace yours with.