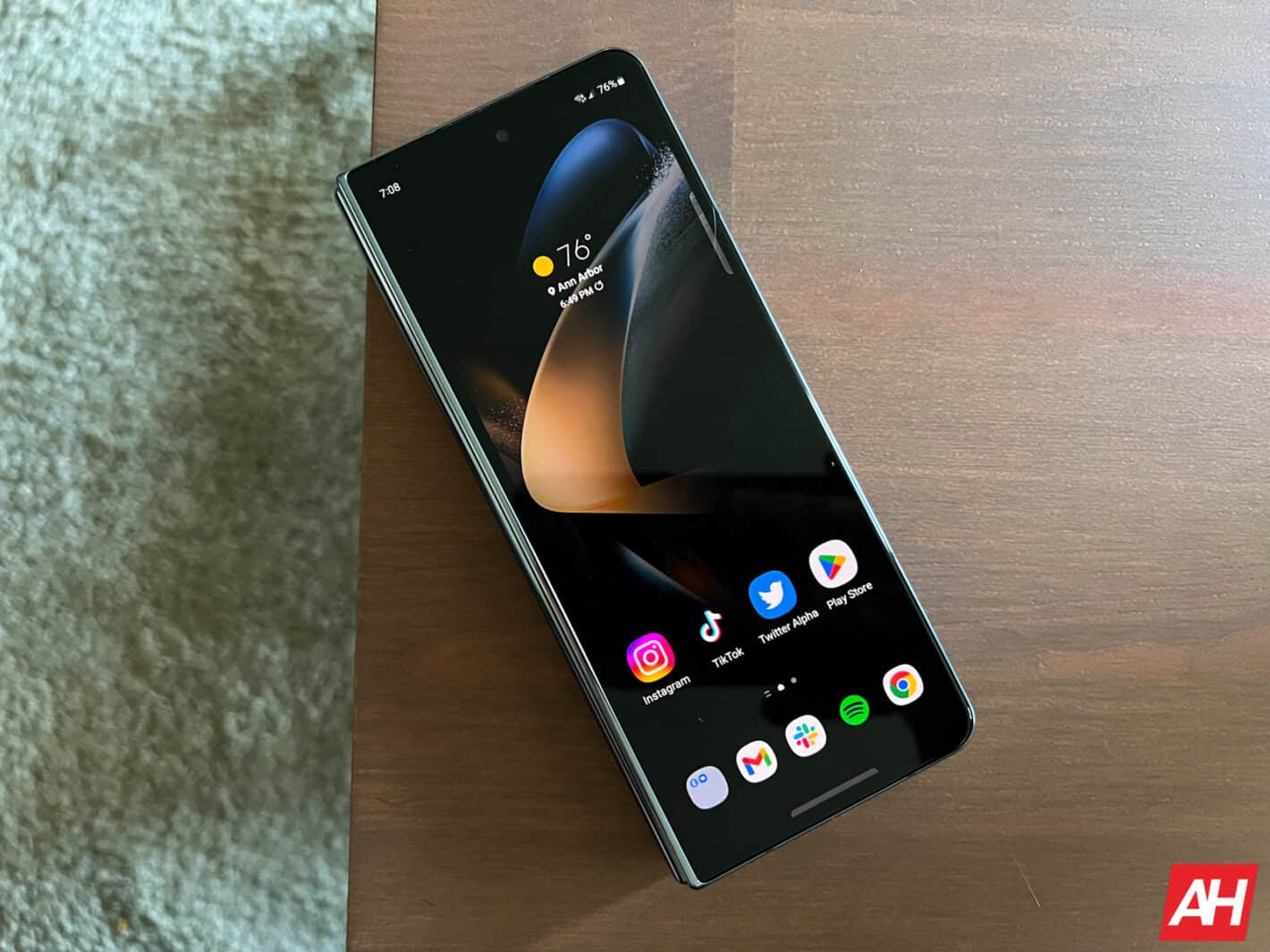 The Galaxy Z Fold 4 is the fourth-generation foldable from Samsung, and it’s the most refined foldable yet. It costs the same $1,799 as the Galaxy Z Fold 3, which is good to see. But it does have some new software and is guaranteed to get four years of software updates, which is great to see.

How to take a Screenshot on Samsung Galaxy Z Fold 4

It’s pretty simple to take a screenshot on the Galaxy Z Fold 4, but it is a tiny bit different from other Android smartphones. So here’s how you do it.

The default settings on the Galaxy Z Fold 4 will put you into the power menu if you press and hold the volume down and power buttons together. Which is why you need to only tap these together for a second. Otherwise, you’ll be taken to the power menu for powering off, restart or emergency call. You can change that in the settings.

For Samsung smartphones, there are two other ways that you can use to take a screenshot. And that is also the case for the Galaxy Z Fold 4, making it easier to grab a screenshot. Here are those two ways.

And that’s it. It’s just that easy to enable Palm swipe to capture. Now this one can be a bit tricky on other Samsung smartphones, particularly the curved display phones. But since the Galaxy Z Fold 4 is not curved, it’s not as difficult. Just make sure to swipe from edge to edge. You can opt to do left-to-right or right-to-left.

This is likely not the easiest way to take a screenshot on the Galaxy Z Fold 4, but it is a different way of doing it.

This is a really great feature to have for doing other things on your phone too. Particularly if you can’t reach the top of the phone, or other parts of the phone. Especially since the Galaxy Z Fold 4 has such a tall Cover Display. And then there’s a lip on the main display. Making this a bit tougher.

And that’s it. That is all of the ways you can take a screenshot on the Samsung Galaxy Z Fold 4.