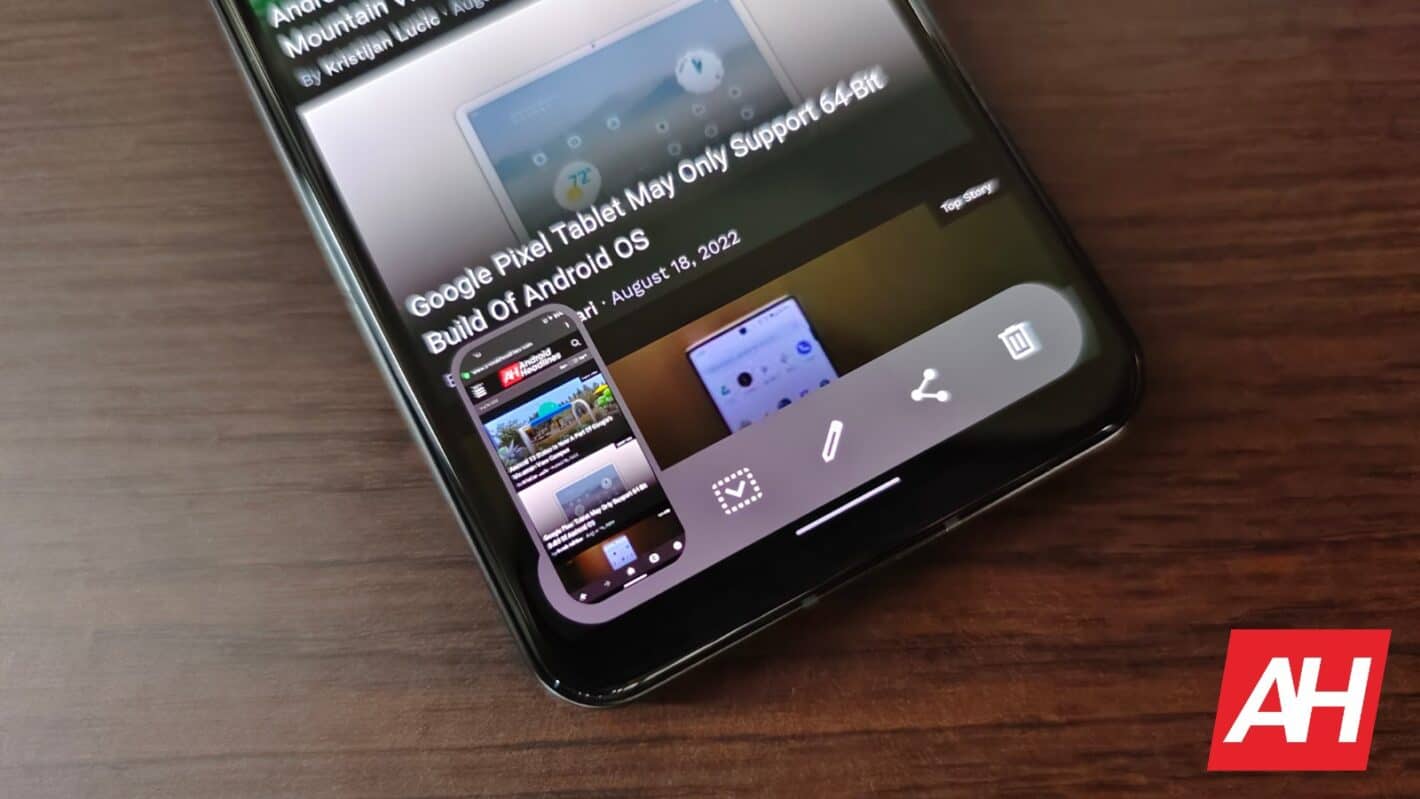 The standard way of pressing hardware buttons is of course here. In addition to that, you can take a screenshot via the overview menu, like on Google’s Pixel phones, and with a gesture. We’ll talk about each of them separately down below. You will also find some screenshots that go along with each of those steps, so that you can follow along on your phone. Let’s get started, shall we?

The most common way people take screenshots is by pressing hardware keys. Like on most Android phones, you’ll need to press the volume down button and the power button at the same time. Well, you’ll need to press and hold them until you see the screenshot animation on the phone. That’s basically it, the image will be automatically saved in your gallery, as will every time, regardless of the way you take a screenshot.

ASUS, like many other OEMs, puts a small preview of the screenshot on your display as soon as you take it (as shown below). You’ll also see a horizontal bar with options next to that preview. You can immediately edit that screenshot, take a scrolling screenshot, share the screenshot, and so on. Those are some really handy features to have the moment you finish the deed. 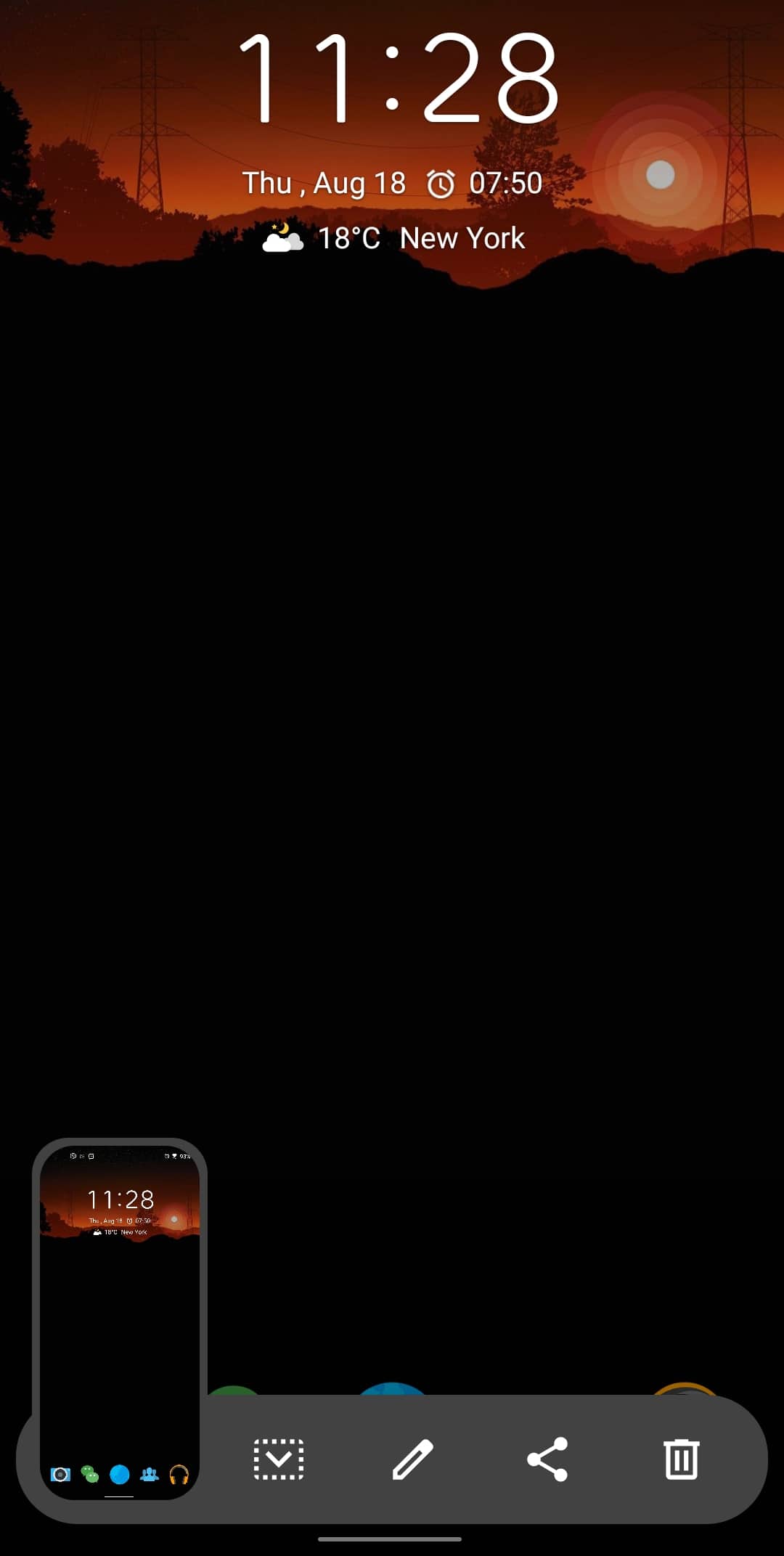 How to take a screenshot via the overview menu

As on Google’s Pixel phones, you can take screenshots from the ZenFone 9’s overview menu. This does not require you to press any hardware buttons. The first thing you need to do is access the overview menu by swiping up from the bottom, and holding your finger until the overview menu appears, presuming you’re using navigation gestures.

Once the menu appears, you’ll see the ‘Screenshot’ option in the bottom-left corner. If you tap that option, the phone will take a screenshot of the app card that is currently front-and-center. So, just swipe to the card/app you’d like to take a screenshot of, and do it. 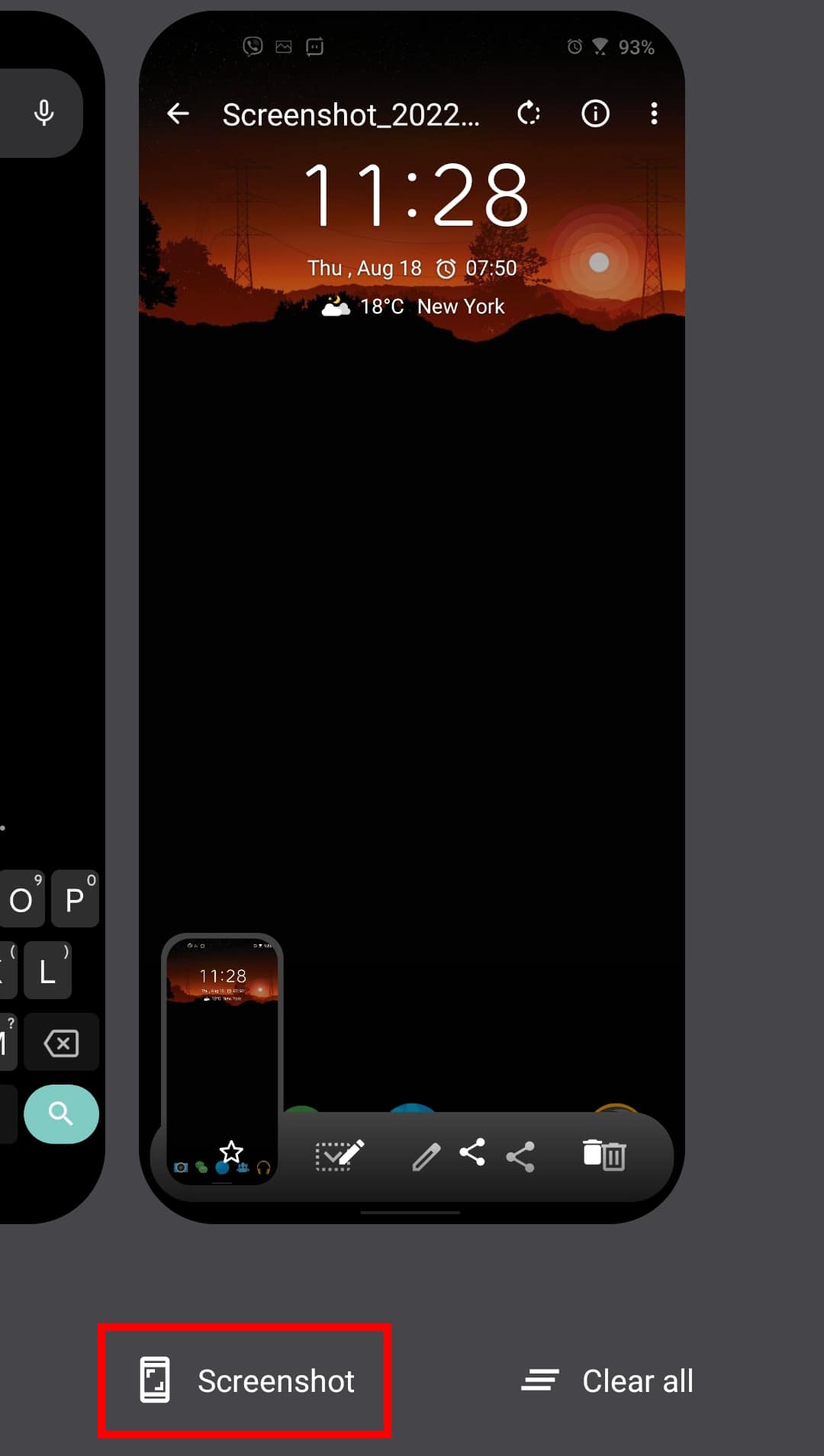 How to take a screenshot by using a gesture

This is arguably the fastest way to take a screenshot, presuming you’re holding your device with two hands. The ASUS ZenFone 9 allows you to take a screenshot by swiping across the display with three fingers. If that option is not enabled, however, we’ll show you how to enable it.

The first thing you’ll need to do is access your phone’s settings. Swipe up from the home screen to access the app drawer. From there, select the ‘Settings’ option. 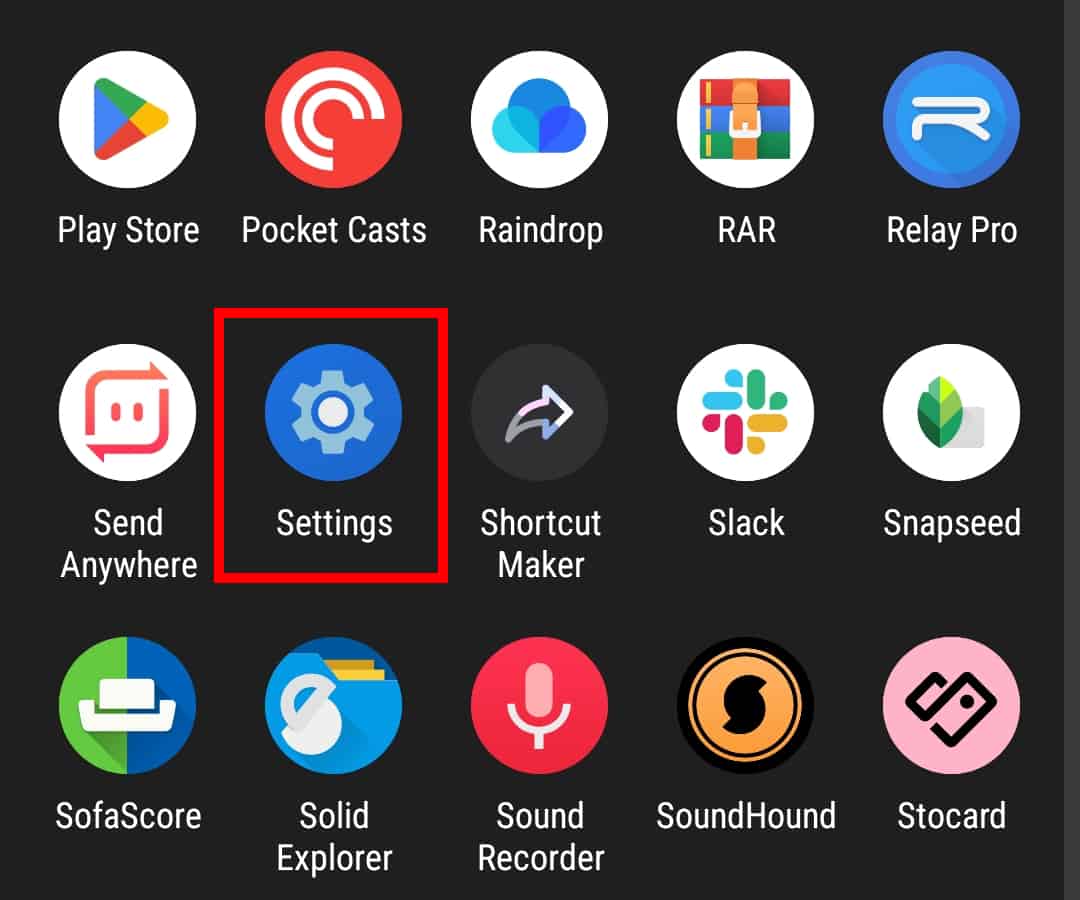 Scroll down until you find the ‘Advanced’ menu, and tap it. 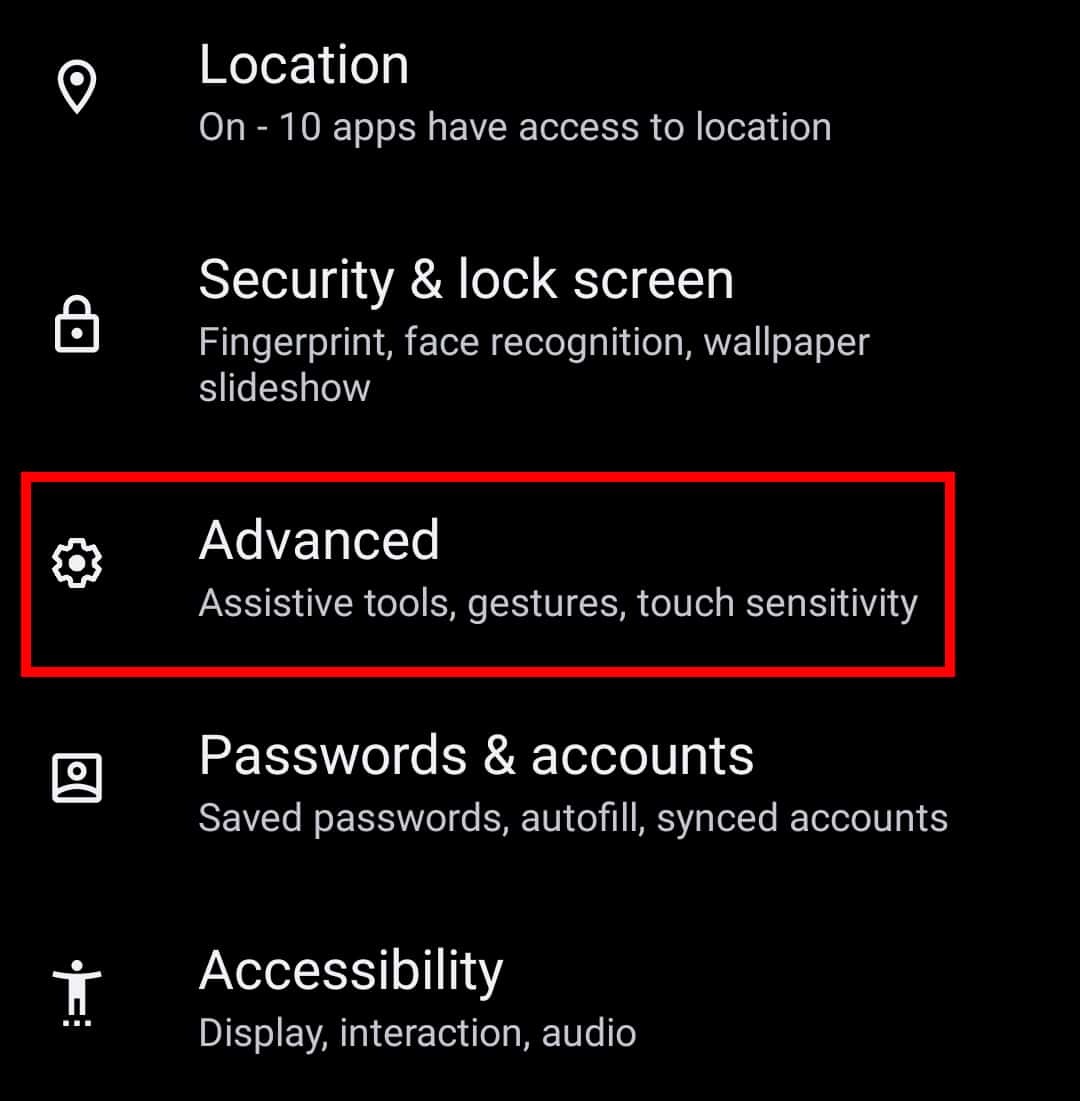 In the ‘Advanced’ menu, you’ll also need to scroll down until you see the ‘Screenshot’ submenu. Enter it. 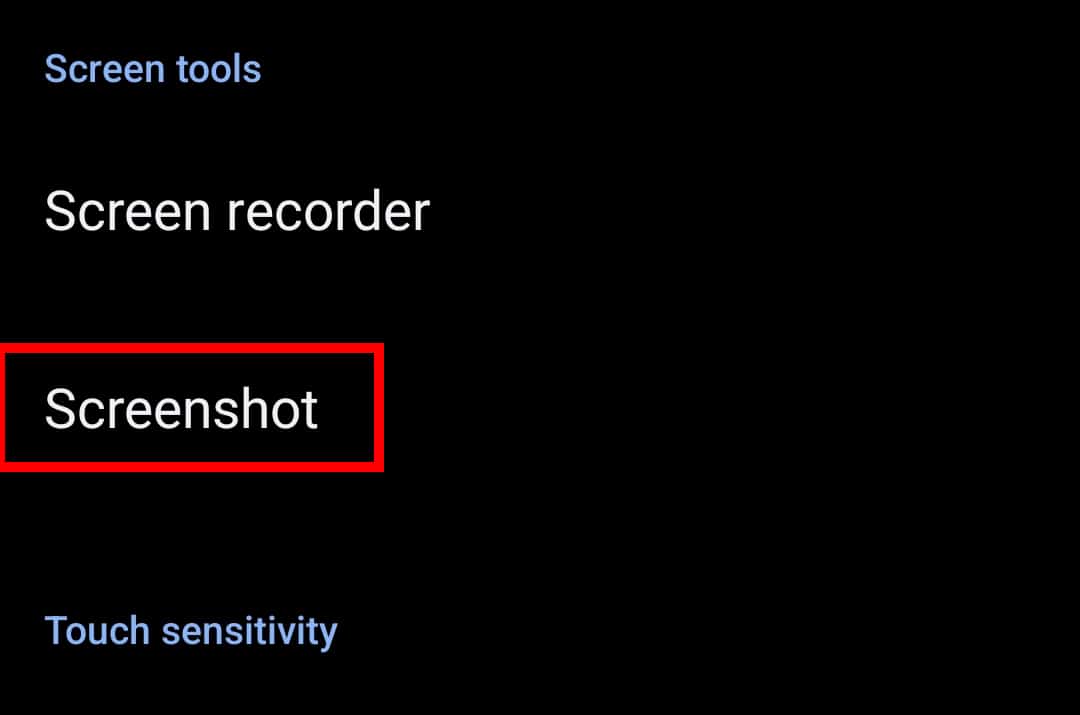 The first option at the top will be the ‘Three fingers screenshot’. If the toggle next to it is not enabled, enable it. You’re good to go. In this menu, you’ll also see some additional screenshot-related options. 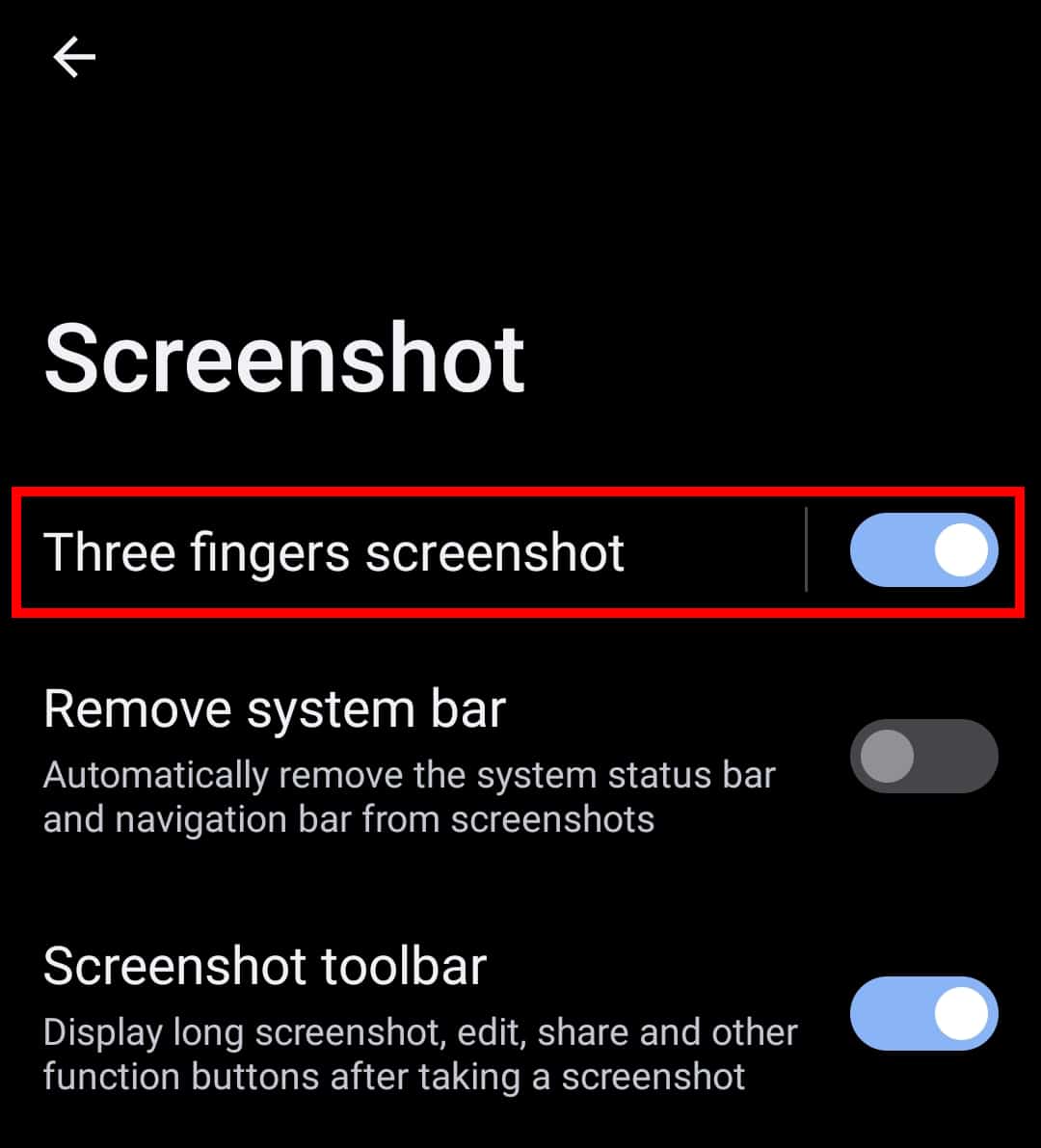