Genshin Impact developer HoYoverse (previously miHoYo) is working on its next game called Zenless Zone Zero, and you can now sign up for the closed beta if you’d like to check the game out early.

This is another anime-style action RPG game, though this time with a neo-future theme instead of fantasy. If you played Honkai Impact 3rd, it looks somewhat similar to that. HoYoverse hasn’t announced official dates yet for the release of the closed beta. But it is accepting signups from interested players.

And you’re going to want to sign up as early as you can if you like the style of games HoYoverse puts out. In addition to the announcing the sign ups for the beta, HoYoverse has also put out a triple Z teaser trailer. Spoilers, it’s definitely worth the watch. It’s action-packed with a mix of cinematics and bits of gameplay. And if you’d like you can check it out below.

How To Sign up for the Zenless Zone Zero closed beta

There’s no guarantee that signing up early gives you a better chance at getting into the beta. But signing up as early as you can won’t hurt either. According to HoYoverse, the selection process for the closed beta is a mix of random selections and logics. The logic portion of the selection process probably revolves around the answers players give to some of HoYoverse’s questions during the signup.

Questions? You say? Yep, and I’ll explain in a minute. But first things first. You can get to the signup by going to the Zenless Zone Zero webpage here. Now with that out of the way, here’s how you sign up for the triple Z closed beta.

Click the big signup button on the main page 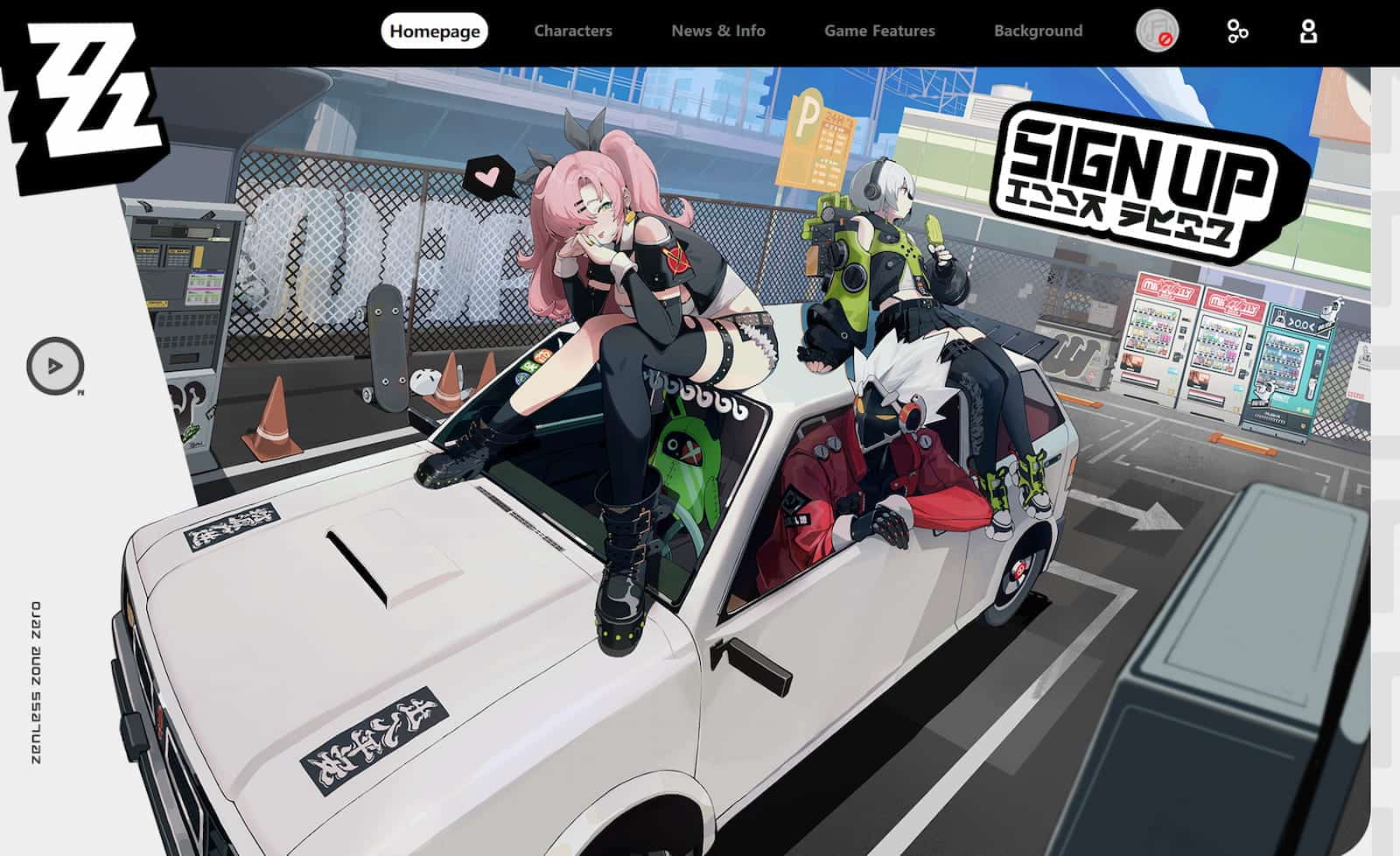 Now that you’re logged in, click the big signup button the game’s main page. It’s pretty easy to miss due to the style of the font. But it’s in black and white and kind of off to the top right side of the main image backdrop.

This is where we get into the questions mentioned earlier. To sign up for the closed beta, you’ll need to take part in the ‘Tuning Test’ survey that asks a bunch of questions about your PC and mobile device, as well as game habits and preferences. Some of this is likely to be included in the logics that are part of the closed beta selection process.

But it’s not clear what exactly HoYoverse is looking for here. Some questions will ask you about what sort of CPU/GPU combo you use, while others will ask what sorts of game genres you play. Then follow up by asking about specific games you play in those genres, and how often you play them throughout the week and over a 6-month period.

Once you’ve answered all the questions, you’re signed up. From there you just have to wait to see if you’re selected. Which could take a while since HoYoverse hasn’t announced when the beta begins or when the signups end. Speaking of which, that’s another reason to sign up as quickly as you can. You don’t want to miss the signup period.

What is this beta focused on?

According to HoYoverse, this beta is focused mostly on players, and that’s, really all the info that’s known about the beta at the moment. Other than the fact that it won’t be on Android. HoYoverse says this initial closed beta will be for PC and iOS players. Though, Android and potentially console should be included in future closed beta tests when and if those pop up.