Samsung’s Galaxy Watch 4 may not have Google Pay support just yet, but you can still set up Samsung Pay on it and you don’t need a Galaxy smartphone to use it. Which is a great feature to have if you like the watch but still want to make mobile payments without pulling out your phone. It’s easy enough to set up Samsung Pay on your Galaxy Watch 4 so you can have the freedom to choose between paying with your phone or watch.

But just in case you weren’t exactly sure where to start, we’ve set up this guide to walk you through the steps. First though, let’s go over a few benefits of using Samsung Pay on your Galaxy Watch 4.

Why set up Samsung Pay on your Galaxy Watch 4?

Paying for goods and services with the flick of a wrist

Setting up Samsung Pay on your Galaxy Watch 4 can be just as beneficial as setting up Google Pay on your phone. Primarily, the reason why you’d want to do such a thing is so you can easily tap the watch to the payment station at checkout when shopping, and then pay for your products. All without having to pull your phone out of your pocket.

It’s certainly a little more convenient. And it’s quicker since you can just slide your wrist over to the tap and pay reader. You do still have to set up a lock on the watch screen to use mobile payments. So you can sidestep that. But that just means more security for you in case you lose the watch and someone else gets a hold of it.

Accessing your loyalty and rewards cards

Last but not least, using Samsung Pay on your Galaxy Watch 4, as opposed to on your Galaxy smartphone, or using Google Pay on your non-Galaxy smartphone, is that you can stay hands-free. Should you have other things in your hands when you’re at the checkout trying to pay, you can more easily use the Galaxy Watch 4 with Samsung Pay for the payment then having to either put things down or swap to holding everything in one hand to reach into your pocket and grab your phone. Now that’s a whole lot more convenient.

How to set up Samsung Pay on your Galaxy Watch 4 The first and most obvious thing you need to do is download and install the app. You can do this from the Galaxy Wearable app on your smartphone. This works for non-Galaxy smartphones too.

Once it’s installed, you can move on to actually setting up the app to make payments.

Update the app if there’s an update available 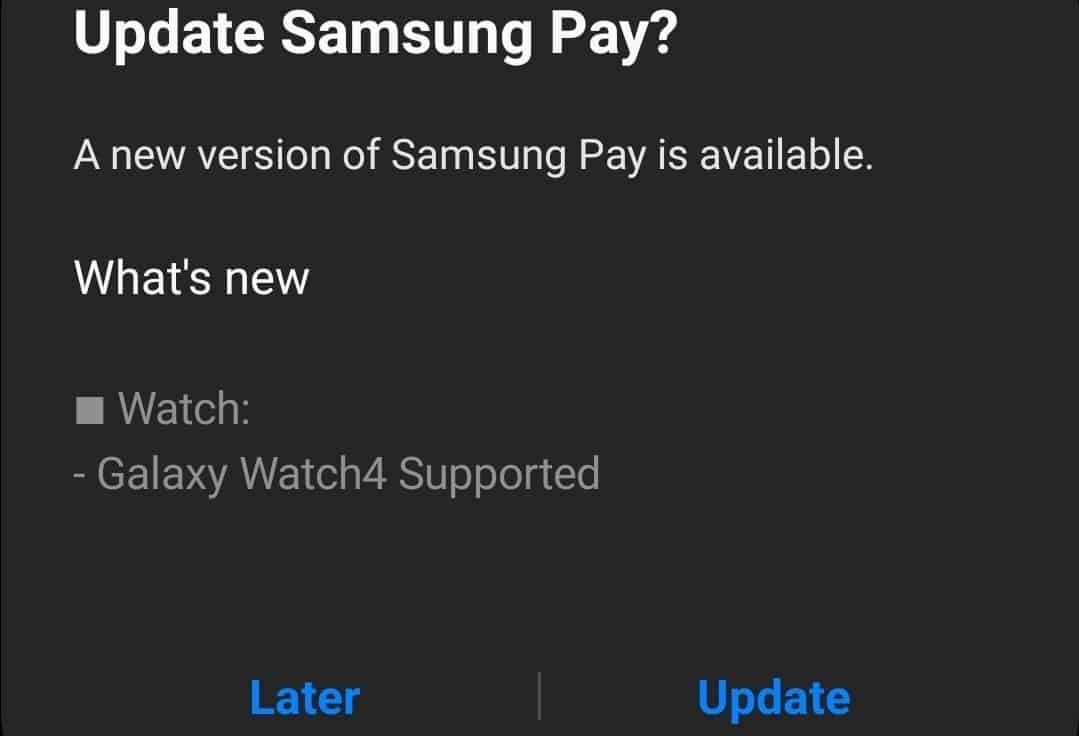 You may or may not need to update the Samsung Pay app once it’s installed. If you do see an update, tap update and let the process finish.

Go through the tutorial There will be a tutorial available that walks you through a few things if this is your first time using the app and setting things up. Complete this and move on.

Before you can start getting things together and paying with your watch, you need to either sign in or set up a Samsung Pay account. You should be prompted to sign in when using the Samsung Pay plugin on your phone. 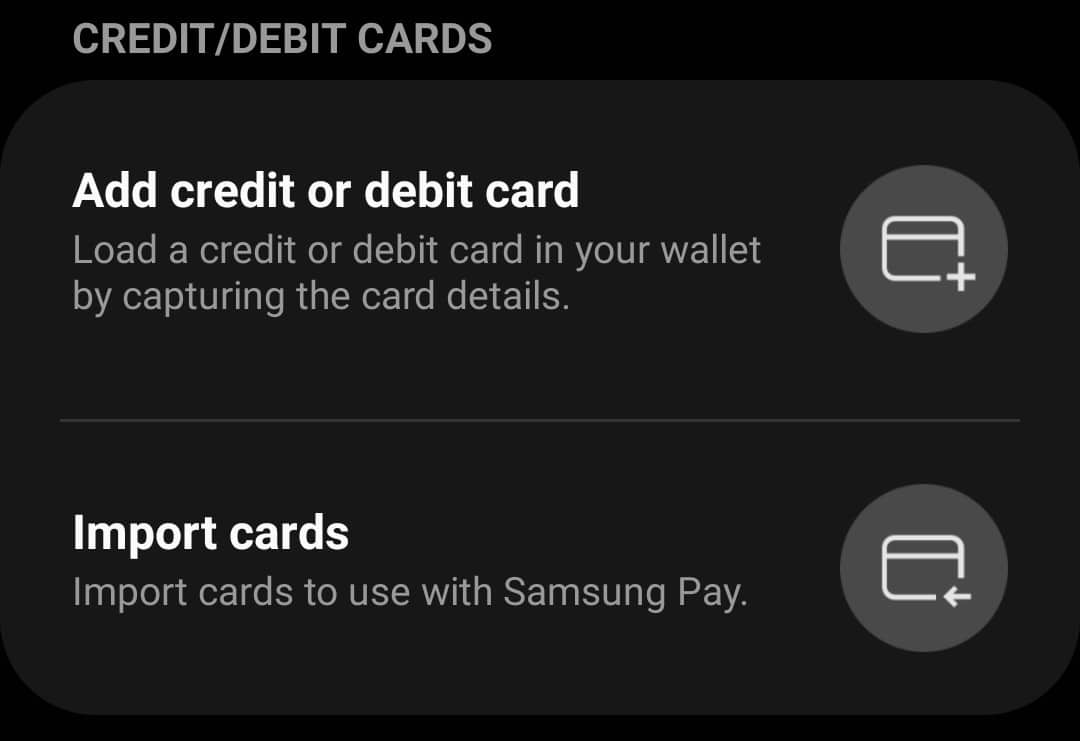 If you already have cards in Samsung Pay, then it should automatically import your cards once the account sign-in process is over. If the cards are no longer valid, or if this is your first time using Samsung Pay, then add a new card(s) to the app and continue.

During this process, you’ll be asked to complete the add new card process on your smartphone. You’ll also have to verify yourself before the app will let you finish adding the card. Once done, you’ll now be ready to pay with Samsung Pay using your Galaxy Watch 4.

How to launch Samsung Pay on the Galaxy Watch 4

Launching Samsung Pay on the Galaxy Watch 4 is simple and quick. All you have to do is hold down the back button on the watch for a second or two and it’ll open up. You can then use the rotating dial to select a card that you want to use, and then the watch will prompt you to hold it up to an NFC payment reader. And that’s it! You’re all set to use Samsung Pay from your Galaxy Watch 4.