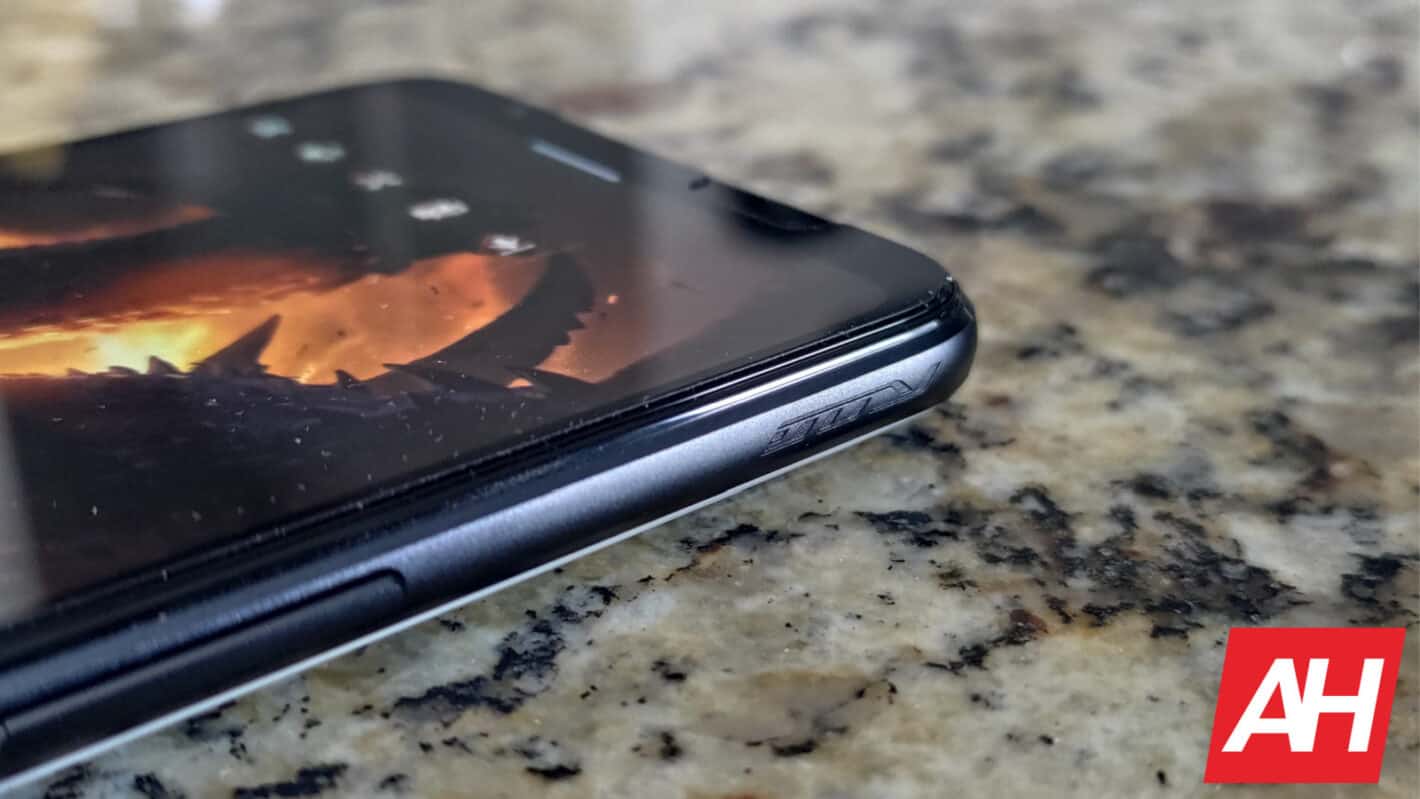 The ASUS ROG Phone 6, like all other phones in the series, gives players access to a very neat feature called AirTriggers. These additions to the device act as shoulder buttons on the top of a game controller. Although, they aren’t actually physical buttons you can press. Rather, ASUS has designed them to be ultrasonic. While some people prefer the tactile feel of a physical button, the AirTriggers on the ROG Phone 6 actually do more.

Because they’re designed to be touch responsive, you can initiate several different commands by way of gestures. So instead of just one or two actions, you get quite a few. And ultimately, this works out better for the gamer. Mainly because you have many more controls than you normally would. Worth noting, is that the AirTriggers act as additional buttons. So these are on top of any touch interface controls you have when interacting with the display.

Meaning you can assign them to certain actions while keeping others the normal touch interaction the game provides normally.

With all of that said, the AirTriggers are not automatically set up. You’ll need to enable them first. And once they’re enabled, you’ll then need to configure them based on the functions you want them to perform. If you’re wondering how to set these up, this guide is for you. Lastly, before we get into the guide, know that the process for setting these up is the same for the ROG Phone 6 and the ROG Phone 6 Pro. There are no differences.

How to set up AirTriggers on the ROG Phone 6

Setting up the AirTriggers is a pretty easy process, but it can be a bit time consuming. The only reason we say that is because you might personally find that you can’t decide which controls to configure to each trigger gesture.

In fact that’s probably the longest part of the process. Deciding how you want to use the triggers. So let’s dive in and go through each step.

Start by launching the Armoury Crate app. This app houses all of the gaming-related settings that the ROG Phone 6 offers, including the settings for the AirTriggers.

Navigate to the Console tab

Once you have the app open, get to the Console tab where all of the settings for gaming features are.

Scroll down to the AirTrigger options

The options for AirTriggers will be towards the bottom of the Console tab. Tap on that panel to access the preferences and touch settings for the AirTriggers.

Next, tap on the settings for the ultrasonic buttons. This is where you’ll configure pretty much everything.

On this screen you’ll find three options for haptic feedback when using the triggers. Visual, which displays a visual alert on-screen while using the triggers in games, Vibration, which gives you the vibration feedback as you touch the triggers, and then Finger Resting. This last option lets you toggle continuous tapping without the finger needing to leave the surface of the touch area. Think of it like a rapid-fire mod.

On the same screen as the haptic feedback toggles, you can also configure all the gestures. There are six gestures to set up. Including a single tap, dual partitioning, swipes, slides, dual control for taps and swipes, and dual control for taps and slides. Each gesture has something a little different you’ll need to configure. For example, the slide setting lets you adjust the slide distance multiplier and the trigger distance.

Meanwhile the Dual partition settings lets you adjust the position of the inner and outer buttons on both the left and right triggers. Go through each of the options and set each gesture to your liking.

Assign the gestures to in-game controls

Launch the game you want to use the AirTriggers with

To start assigning a gesture to in-game controls, start by launching the game you want to enable gestures for.

The first thing you’ll need to do is figure out which in-game actions you want to assign the gestures to. Once you’ve figured that out, you will need to place the AirTrigger overlay buttons, indicated by their red and blue colors, on the desired action.

Now, this is assuming all you want to do is make each gesture a touch simulation. But the AirTriggers are more powerful than that. You can also set the gestures up to initiate a macro and change between AirTrigger profiles. If you’re wanting to set the tap gesture as a macro, you’ll first need to create one.

Your possibilities are basically endless here. Because the macro creation lets you record your macro by initiating each action in the sequence, then saving it. As an example, you could record a macro that has you fire your weapon at an enemy when you’re behind something that can give you cover, like a crate, then duck behind the crate immediately after you’re done firing and then reload your weapon’s magazine while you’re behind cover.

As I said, the possibilities are pretty much endless. If you can dream up the sequence and make it work for you in games, you can set it up. Or you can keep things simple and just set a touch simulation and have each of the two triggers control things like the aim down sights and fire actions. The choice is yours.

This is pretty much it for setting up your AirTriggers on the ROG Phone 6. Now go out there and play around with them to find what works best for you.