Arlo has some of the best cameras around in the smart home market, and being able to secure voice control behind a PIN is one area they stand out. While it may be just as straightforward to disallow the feature, as Google’s Nest cameras do, being able to turn off cameras via voice is handy. And Arlo lets you do that, albeit only if you’ve set a PIN for security.

Conversely, Arlo — like others — isn’t always intuitive when it comes to doing that. For starters, Arlo doesn’t necessarily explain the feature well in the setup instructions. In fact, the company also doesn’t explain well that any change to settings is required for the feature to work. Moreover, Arlo placed the option in a way that isn’t necessarily intuitive, in terms of locating it.

This guide looks to show how to set a PIN so that you can use your voice to control your Arlo cameras. Let’s get started.

Now, the setup for this process is a bit more involved than in some of our other how-to guides. Not least of all, that’s because you need to complete the initial setup for your cameras and then you need to have them linked to a voice assistant, too. Such as Google’s Assistant-powered Home ecosystem. But you’ll also need an Arlo subscription, as with many of the features found in Arlo cameras. Namely, Arlo Secure.

Once those steps are complete, of course, the process is simple. If not necessarily intuitive, given its location in the menus.

Start by opening the Arlo app and, if you’ve set up a sign-in, log in. Next, select the three-vertical-dot menu at the top right-hand side of the UI. 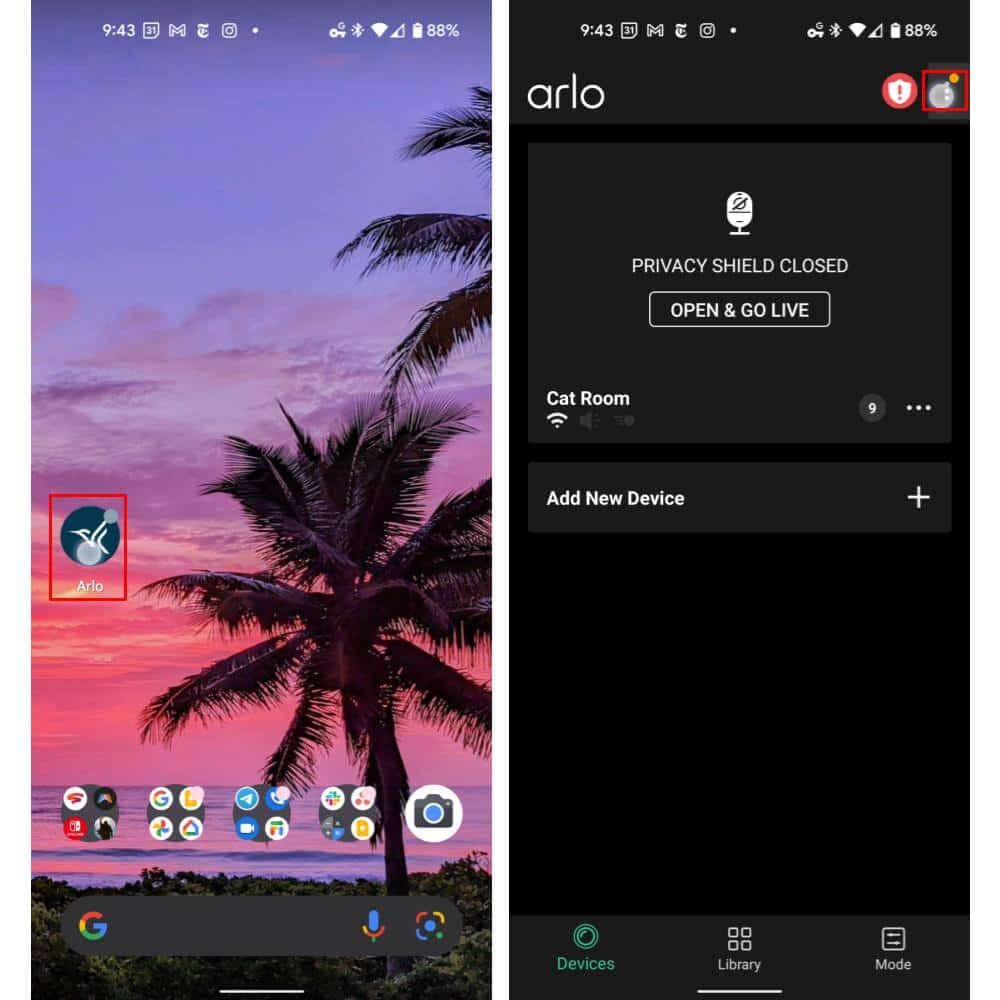 From the three-vertical-dot menu selected above, choose the option labeled “Settings” to open up the full Settings menu not just for any individual unit but all Arlo cameras and devices.

The option we’re looking for isn’t just for one gadget but to set a PIN for all Arlo cameras and devices for use with voice commands.

Scroll as needed to the “Account” segment. While somewhat counterintuitive, the option to set a PIN for voice control over Arlo cameras is actually a profile-level setting. As opposed to a device or home-level setting. Select “Profile” from the list of available options. 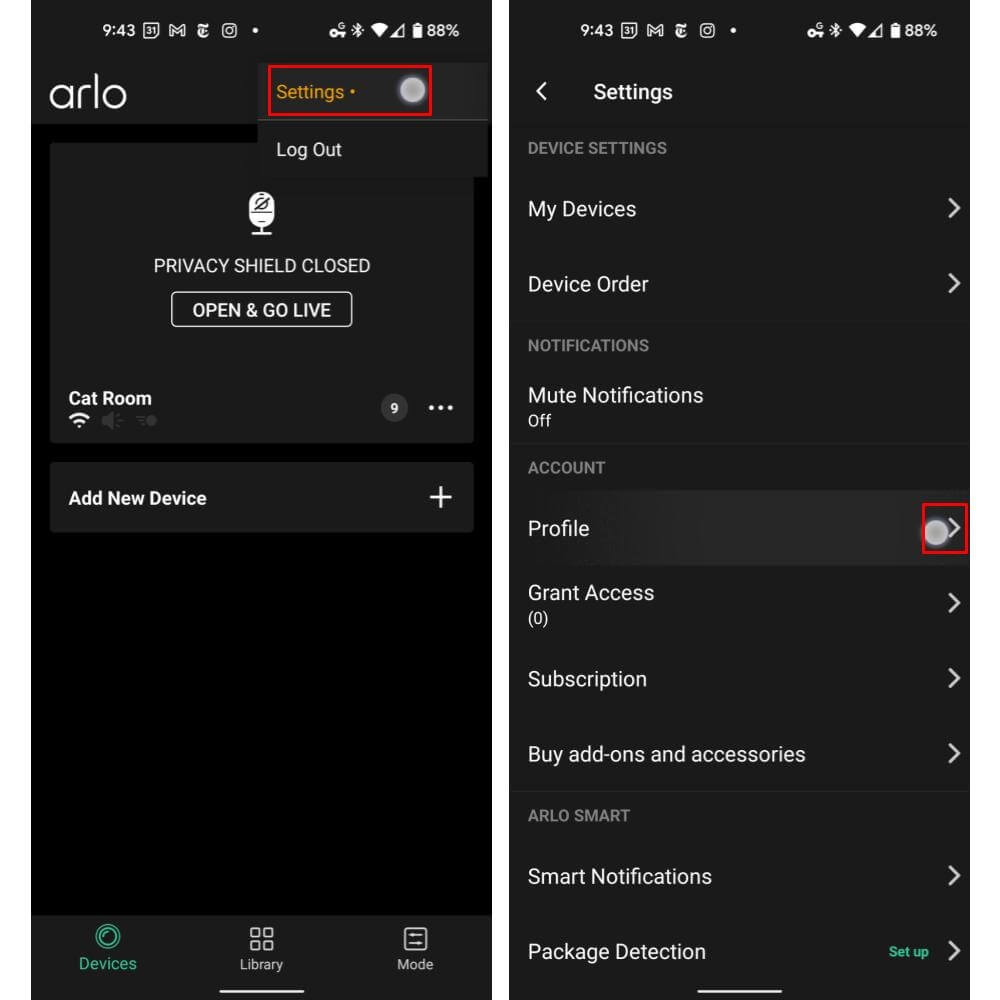 On the Profile page, you’ll see your name, associated email account and profile image, and a shortlist of options. Select the option reading “Assistant PIN.” That should be accompanied by a green-colored “Set Up” message. The app will take you to a “Set Up PIN” page.

Now, as denoted on the “Set Up PIN” page, only a four-digit PIN can be used. So users who prefer a more complex, harder to crack PIN are effectively out of luck. Although some protection is better than none at all.

Additionally, you must speak this PIN aloud to any linked smart home ecosystem. And Arlo requires the PIN in order to use voice controls for security reasons, as noted above. For example, to keep a would-be malicious entity from simply turning off your cameras via voice commands. But, for instance, if you ask your Google Assistant-enabled speakers — via linking to the Google Home app — to turn off the cameras, you’ll need to recite the PIN aloud.

Having said all of that, the next step, then, is to go ahead and enter a four-digit PIN for use later. Then select the “CONTINUE” button located near the center of the screen. As shown in the images below. 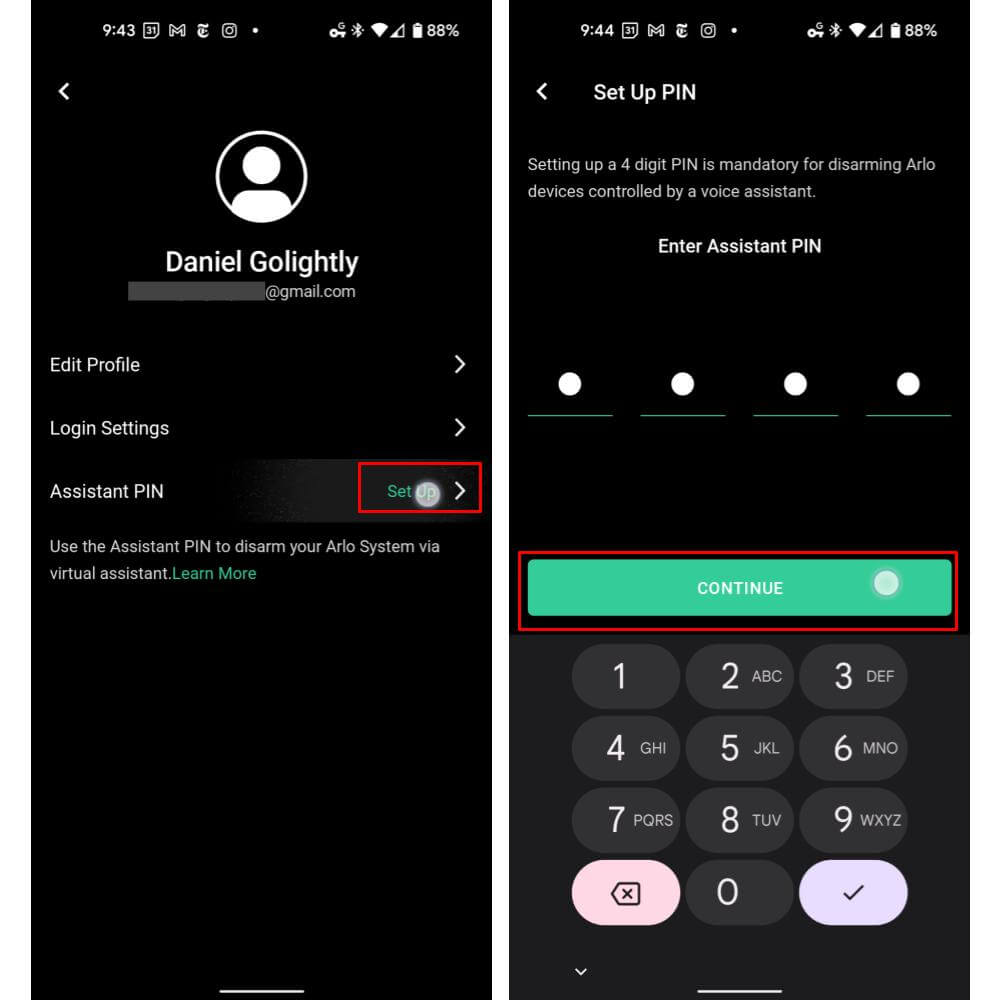 The next page, while similar, is not the same. Here, you’ll be entering the PIN again to confirm it’s the one you’d like to use. The PIN you enter will need to be exactly the same as that used before. 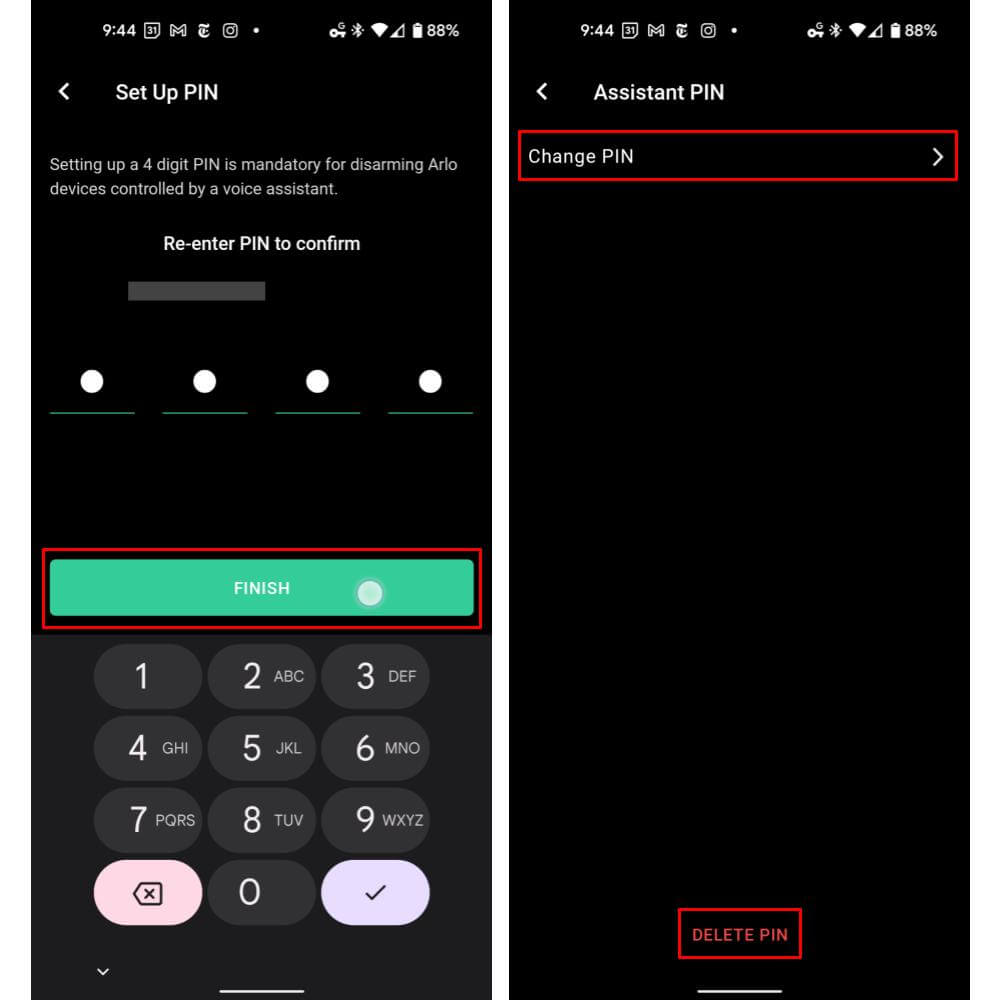 As noted on the final image above, this is also the page you’ll return to if you’d like to delete or change the pin for your Arlo cameras. However, it’s worth noting that the verbiage of the previous menu, the Profile page, won’t be the same.

Arlo set the option next to “Assistant PIN” to read “Enabled” instead of “Set Up,” if the feature is turned on. That’s a slight change. But it is one that could make the feature harder to find for some users. The only time Arlo places a “Set Up” label on that option is if the feature is not enabled.