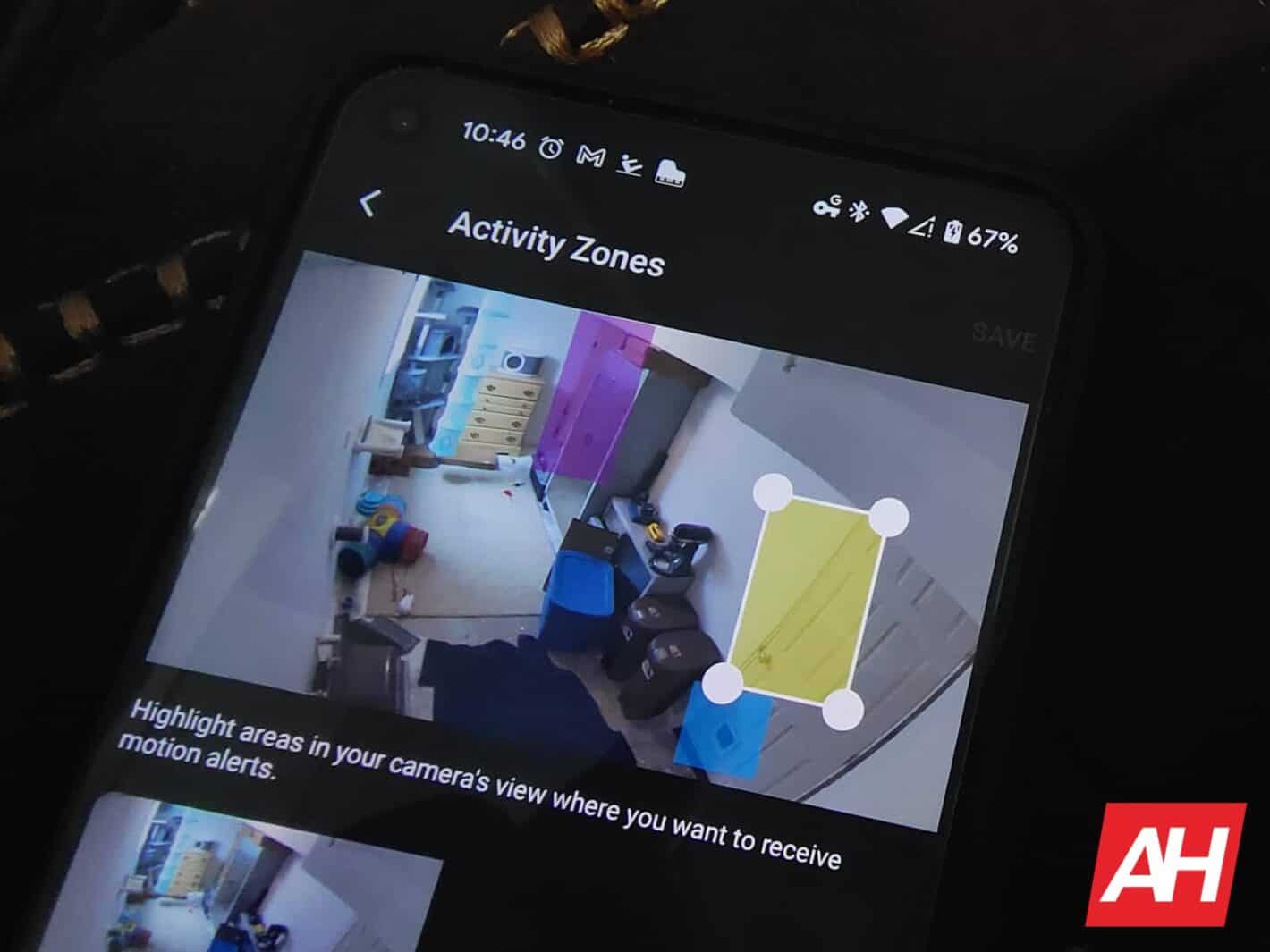 Arlo cameras are easily some of the best security camera solutions around and that’s thanks in part to big features such as the ability to set activity zones. For clarity, the zones are effectively assigned areas for the camera to watch and alert users about. That way, false alarms or activity that’s outside of the area users actually want to watch are reduced. And, simultaneously, users can focus on areas they actually are concerned about.

Of course, setting those up does require a subscription, as do the bulk of Arlo camera features. But that’s relatively inexpensive. And the benefits far outweigh that singular drawback.

So if you’re looking to set up activity zones for your Arlo camera or cameras, you’ll want to read on. That’s exactly what this guide sets out to cover.

Now, one thing that’s worth noting, before getting started, is that Arlo camera activity zones work differently than some other platforms. While other platforms allow a nearly endless range of shapes for the zones, for instance, Arlo doesn’t. Instead, its system — at the very least on the device we’re using — only allows for squares and rectangles. That is because there are only four grab-points available to shape and resize the zones.

Other camera systems we’ve used do feature up to 12 spots to grab and resize or reshape the activity zones. That means, for instance, that a camera placed at an awkward angle can have a zone that perfectly matches the shape of a lawn, for instance. As opposed to one that covers a lawn and part of something else. Or that doesn’t cover the lawn perfectly, since the lawn isn’t a perfect square or rectangle.

Because of that, it’s a good idea to ensure that your Arlo camera is set in a place and at a position that can best take advantage of square-shaped zones. Namely, by ensuring that it’s level in terms of the viewfinder during setup. As shown in our sample images below, our setup didn’t allow that and the boxes are imperfect as a result.

Bearing that in mind, the process itself is easy enough to accomplish. And, in fact, easier than some other how-to guides on Arlo cameras and for other gadgets.

First, you’ll need to launch and sign in to the Arlo app. Then scroll through the home page — the Devices tab — to find the Arlo camera you’d like to set activity zones for. On that camera’s card, select the three-horizontal-dot-shaped icon. Then select “Device settings” from the resulting menu along the bottom of the UI. As shown in our sample image below. 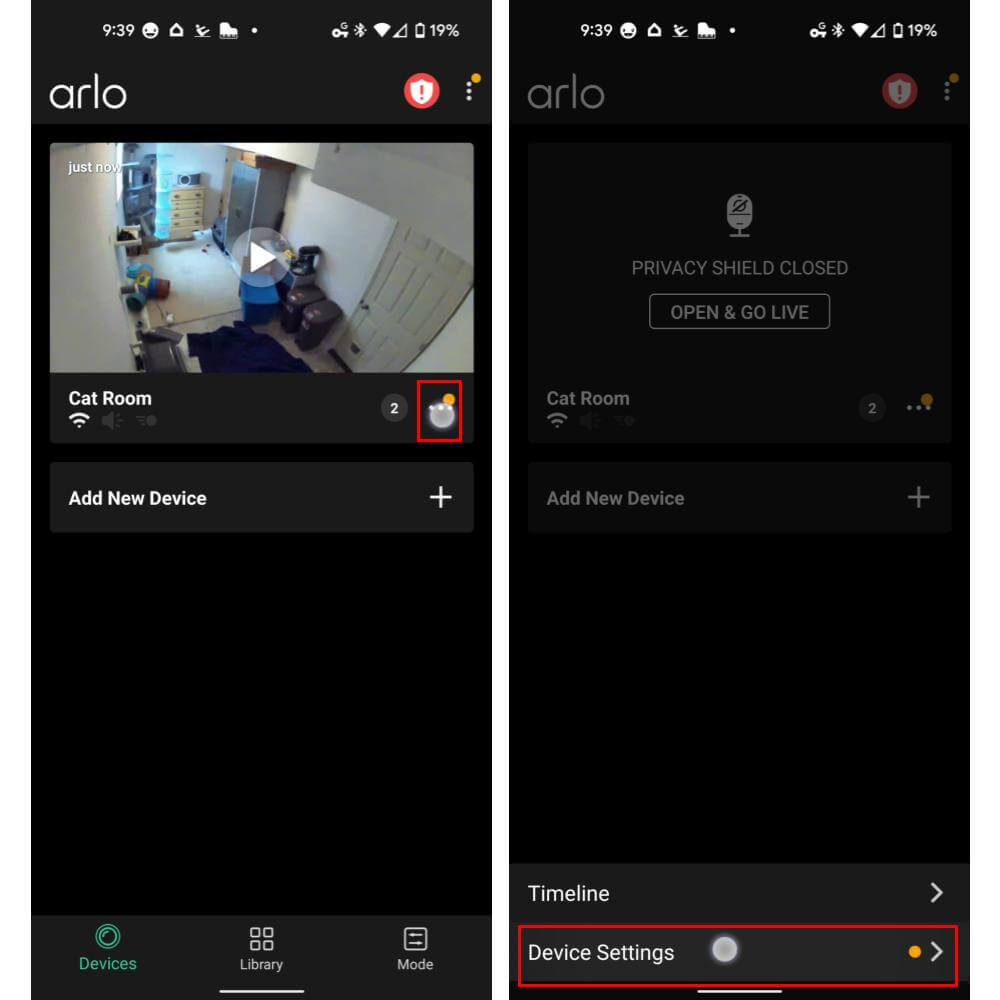 Next, you’ll need to scroll to the bottom of that page and select the “Activity Zones” option from within the “Video” sub-category. Arlo will present you with a new page titled “Activity Zones.” 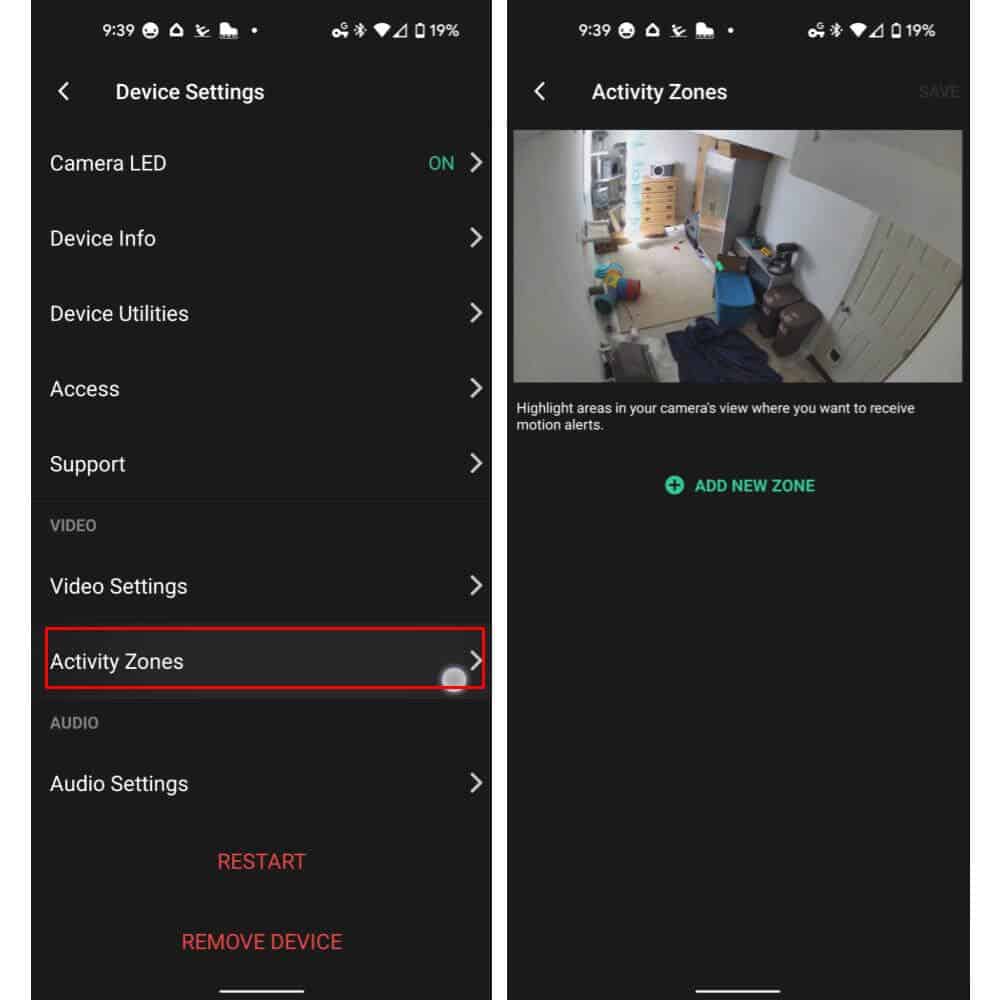 You can resize the zone by touching and holding on to any of its four circle-shaped handles. You can move it around the field of view by tapping and dragging anywhere else on the box. 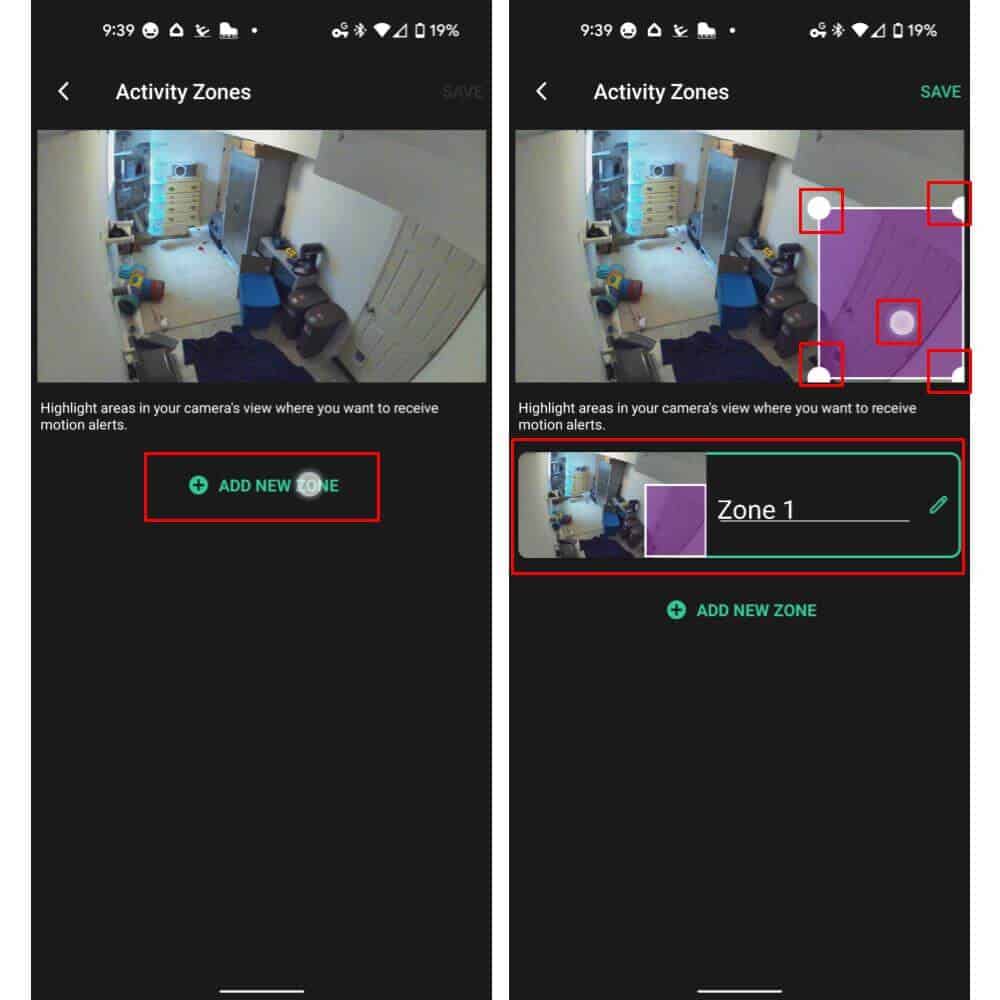 We created two zones separate zones to start with, as shown in the images below. But you can also simply start with one if that suits you better.

But, whether you’re starting out with one or not, you’ll definitely want to rename the zones. That will allow your alerts to be more specific about where the activity you’re monitoring has been spotted. In turn, reducing false alarms and improving the experience in terms of being able to set it and forget it.

You can rename the zones easily enough via a tap on the pencil-shaped icon within an individual zone’s card. We renamed our two zones “Door” and “Cat Tree,” for example. That way, we’ll know when a cat is on the cat tree, to get a better idea of when it’s being used and how often. And for the door, to ensure that children who aren’t supposed to intrude on the space — or to feed the pets with the food or treats that are stored there, as they often do, disrupting their diets — don’t go in unnoticed. 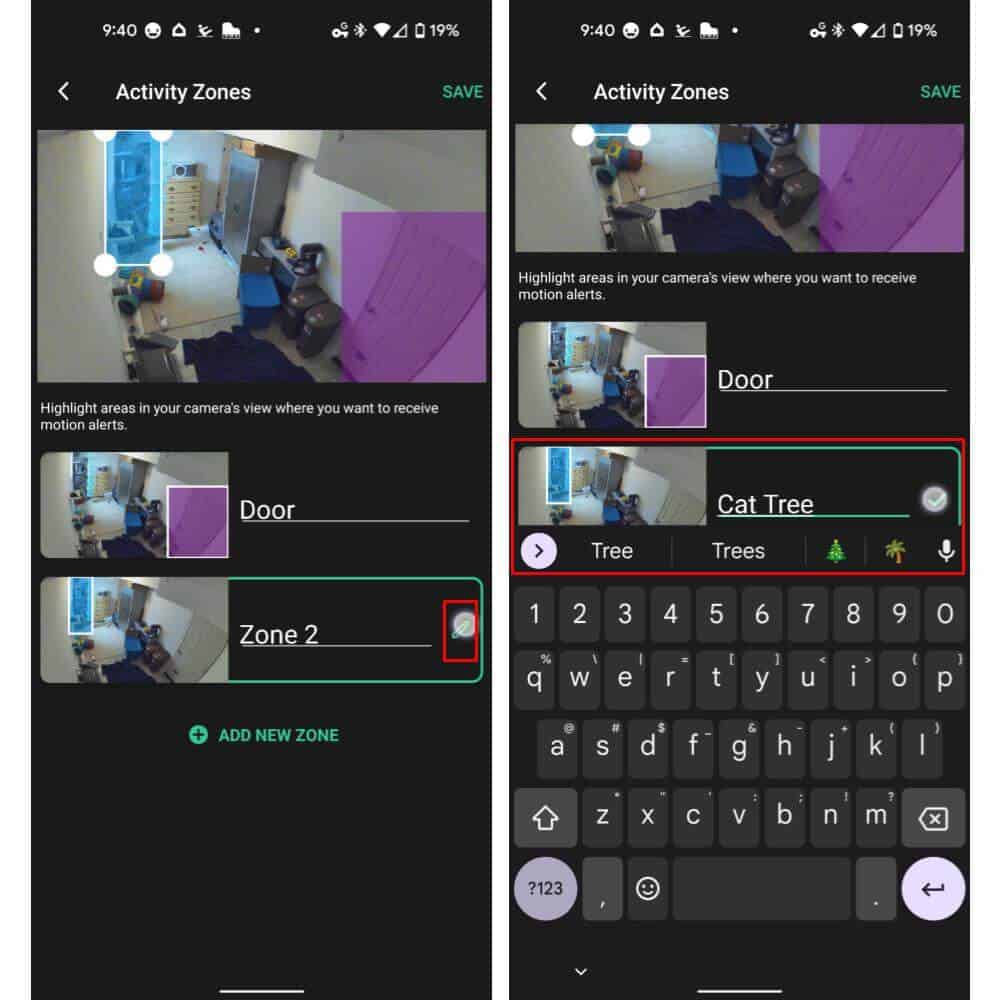 As shown in our final images below, the next step is to repeat the process of creating and renaming until you have all of the zones you need.

Arlo cameras support up to 5 zones per camera. So the possibilities are fairly far-ranging. One of the sole complaints that might be lodged is that the cameras do not support changing the colors of the zones. Which can be useful when receiving notifications about individual zones. Especially when you’d like more information about which zone activity was spotted in, at a glance.

Regardless, the zones are incredibly useful when it comes to limiting false alarms. Activity outside of the zones won’t be recorded or send notifications and alerts. So you can minimize how much time you spend checking those by setting zones up, as noted above.

Once you’ve finished though, you will need to finalize your changes by selecting the “Save” option at the top right-hand side of the page. Otherwise, Arlo will revert your changes and you’ll lose your work.

Once saved, you can exit the app entirely or use the back arrow to navigate back to the menu. In case you have other setup steps you’d like to complete such as scheduling or geofencing. 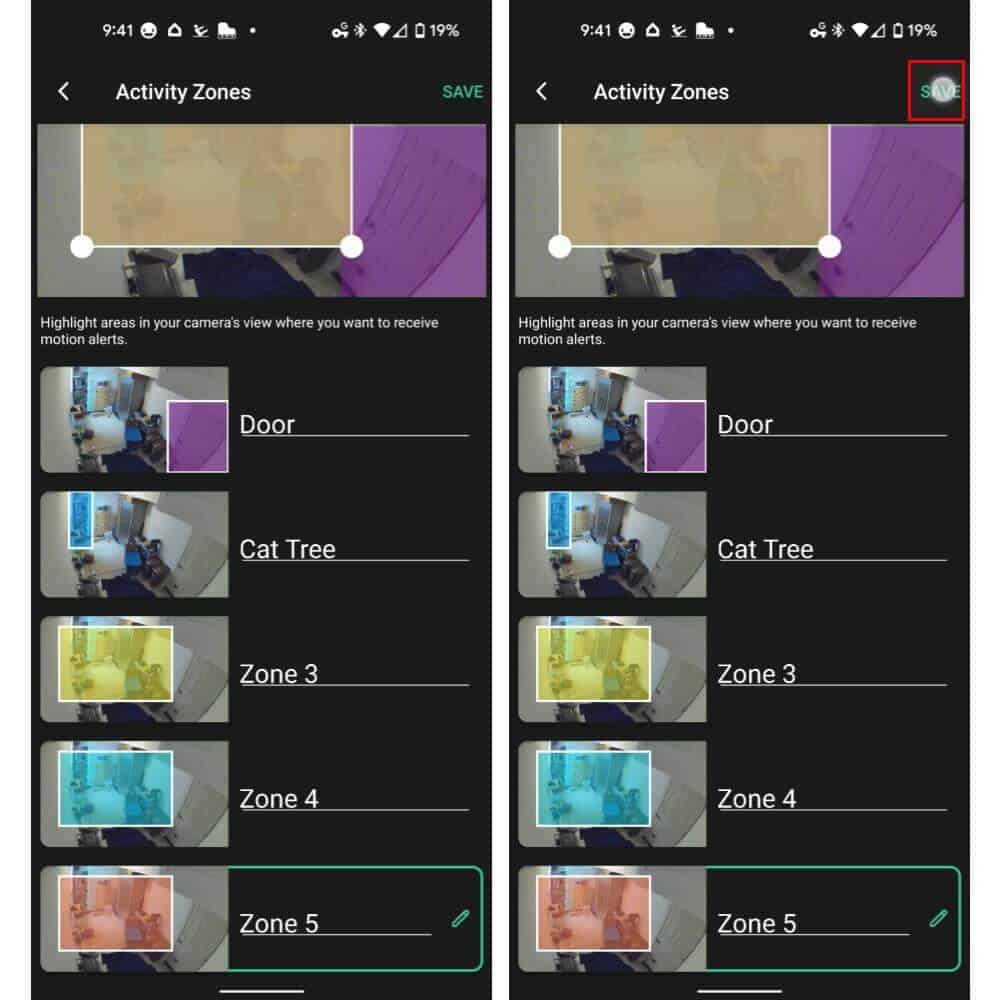