Facebook Messenger is one of the most popular instant messaging apps in the world. This app is packed with features, so it’s not surprising it supports disappearing messages as well. The thing is, some of you may not even know it does, as the feature is not exactly in your face at all times. It’s simple to activate, though, the implementation is really good. So, in this article, we’ll show you how to send disappearing messages in Facebook Messenger.

So, how does this work? Well, first and foremost, disappearing messages in Facebook Messenger are sent via the so-called “Vanish Mode”. Those messages will disappear once the receiver has seen them, therefore it’s a really nice feature to have if you don’t want some messages to be saved in messenger. That being said, we’ll show you how to activate this feature, though do note that you can only do it via an app, not via the Messenger web client. Read on.

So, once you’ve opened Facebook Messenger, you’ll need to choose a contact you’d like to send a disappearing message to. Do note that this feature does not work in group chats, only one-on-one. 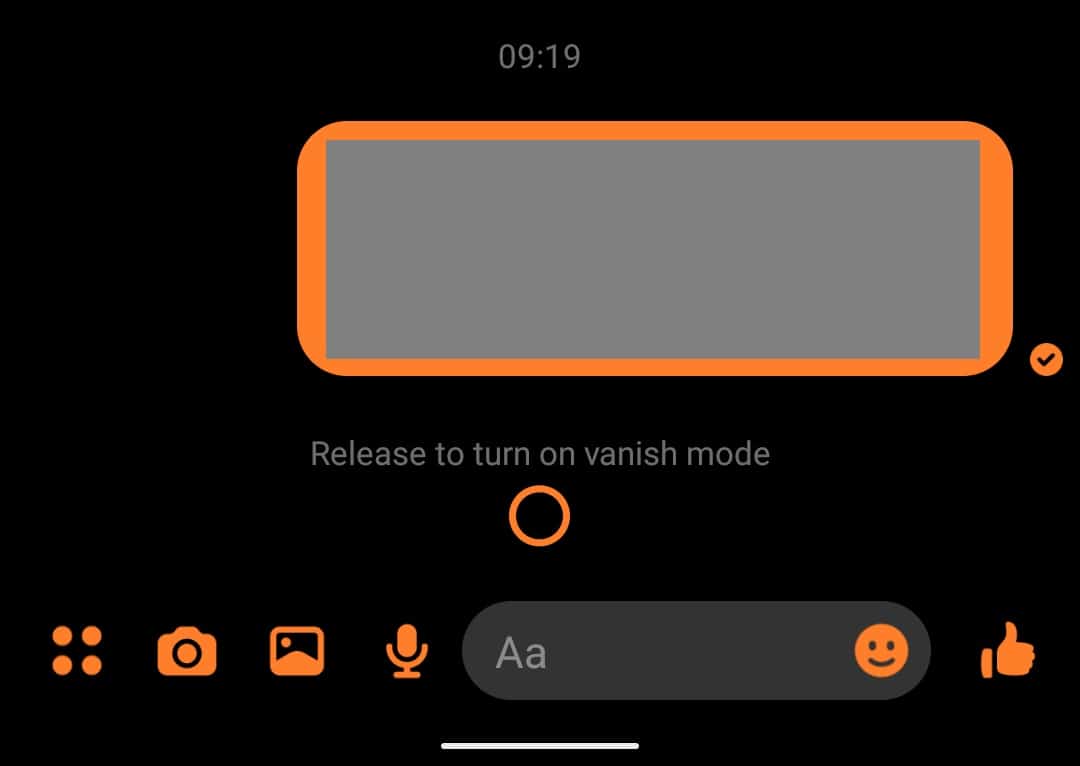 Once you do that, you will see the app’s prompt, shortly explaining what is Vanish Mode, as shown below. Simply tap “OK” when you’re ready. 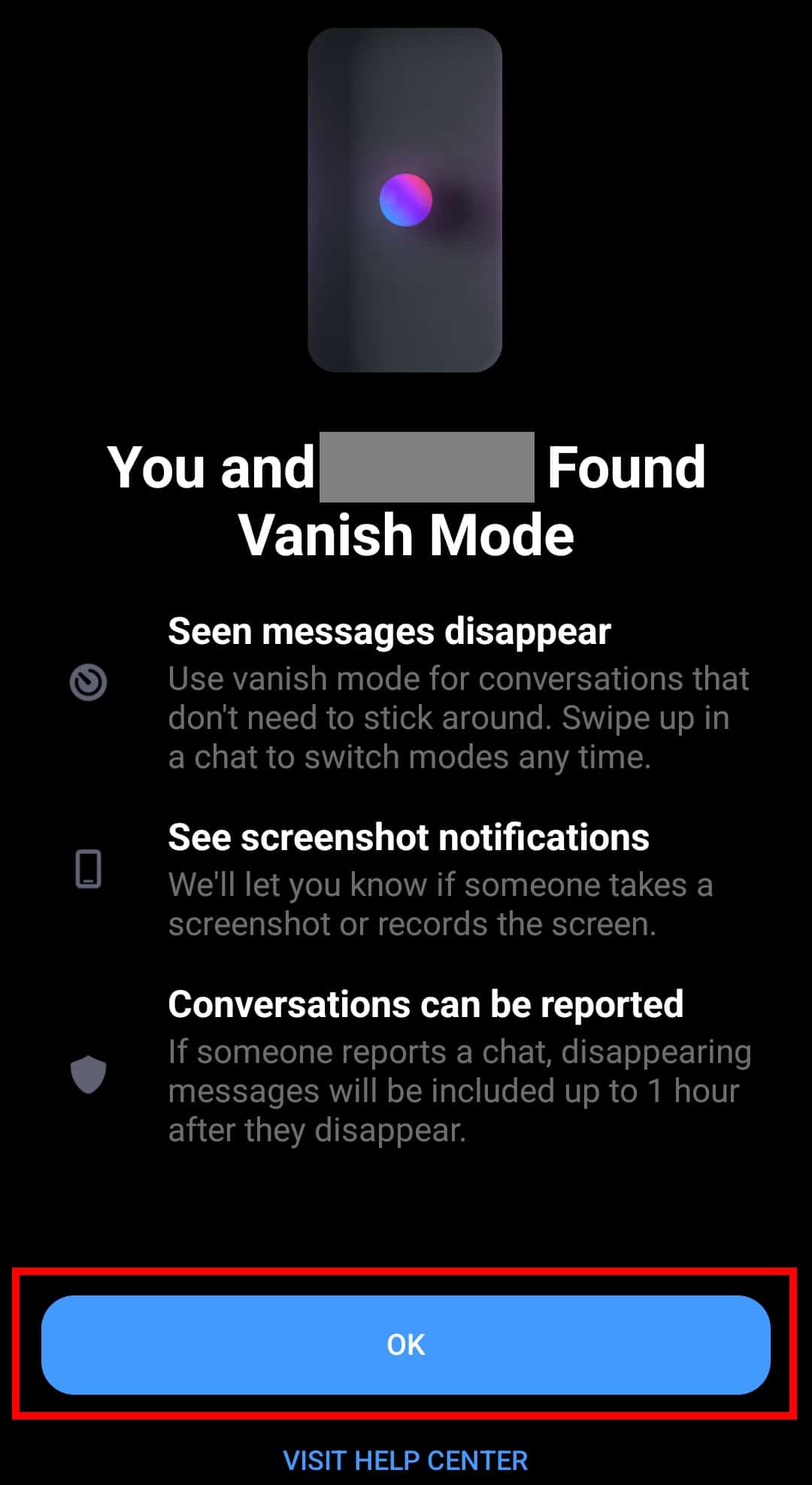 If you’re using a light theme, vanish mode will appear in dark theme, just to appear different from the regular mode. When you’re in the conversation with the Vanish Mode active, it clearly says “Vanish Mode”, as you can see in the image below. 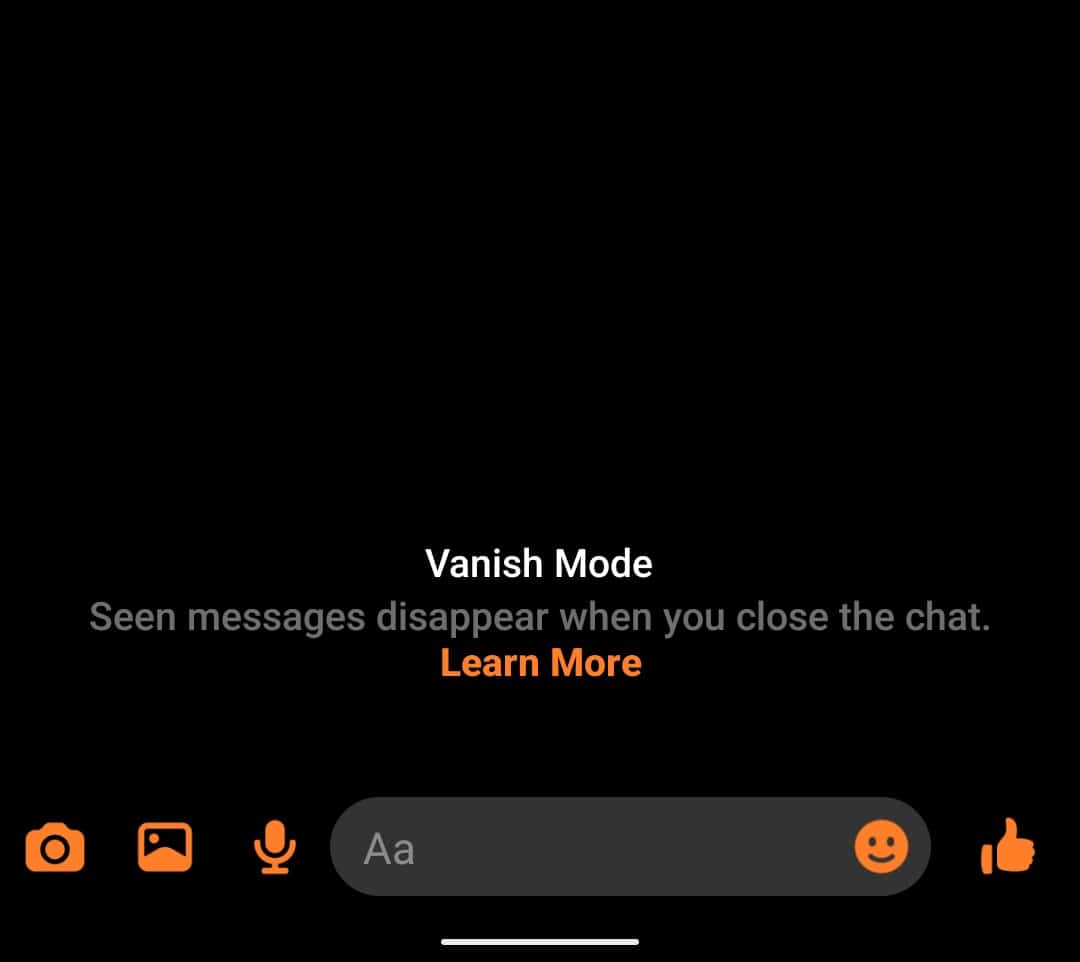 You can type in any message here, or send an image, and it will disappear once the receiver sees it. The receiver will also be notified when you take a screenshot, as you can see in the conversation below. 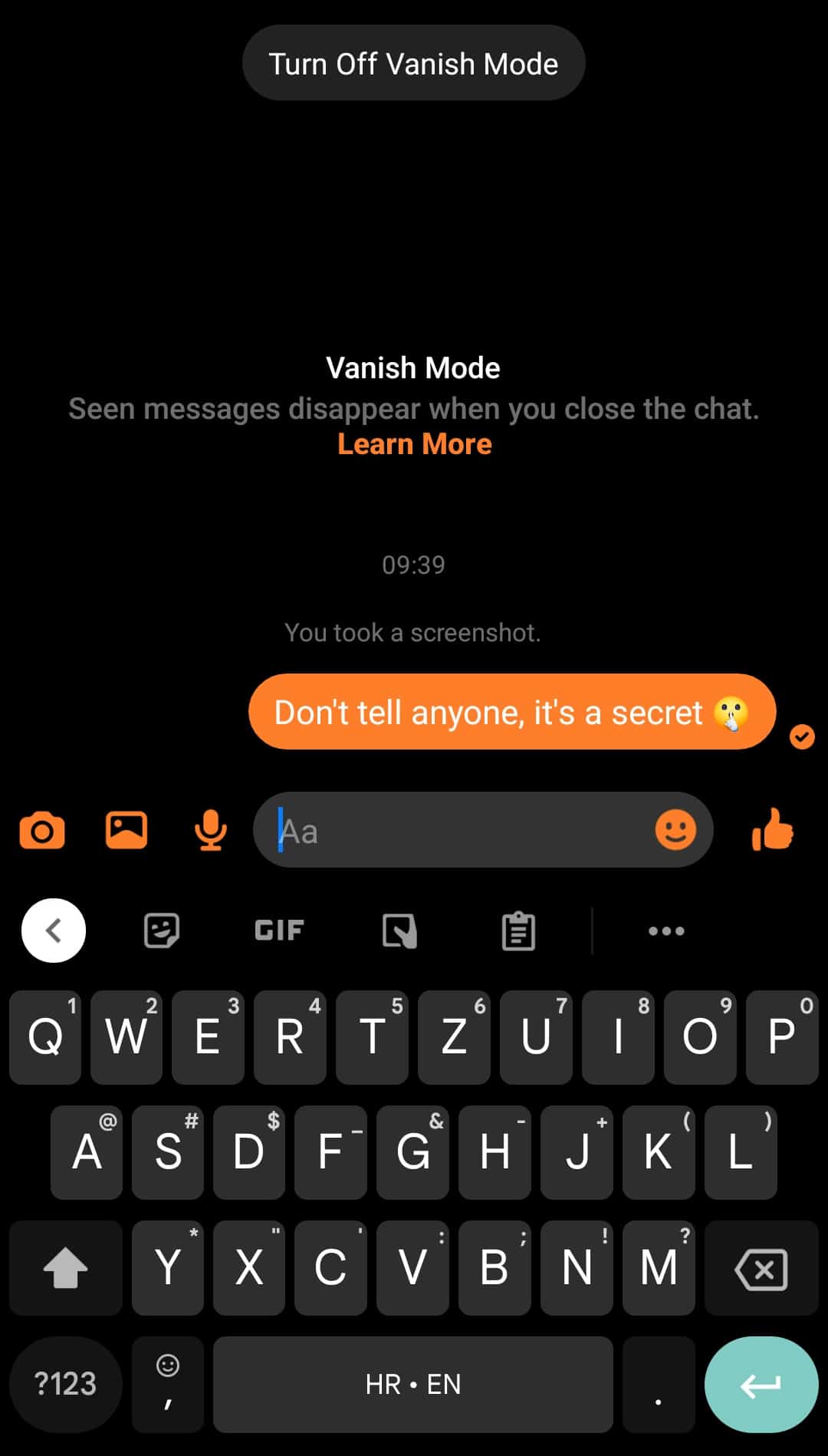 If you’d like to turn off Vanish Mode, you can do that in two ways. You can tap on the “Turn Off Vanish Mode” prompt up top 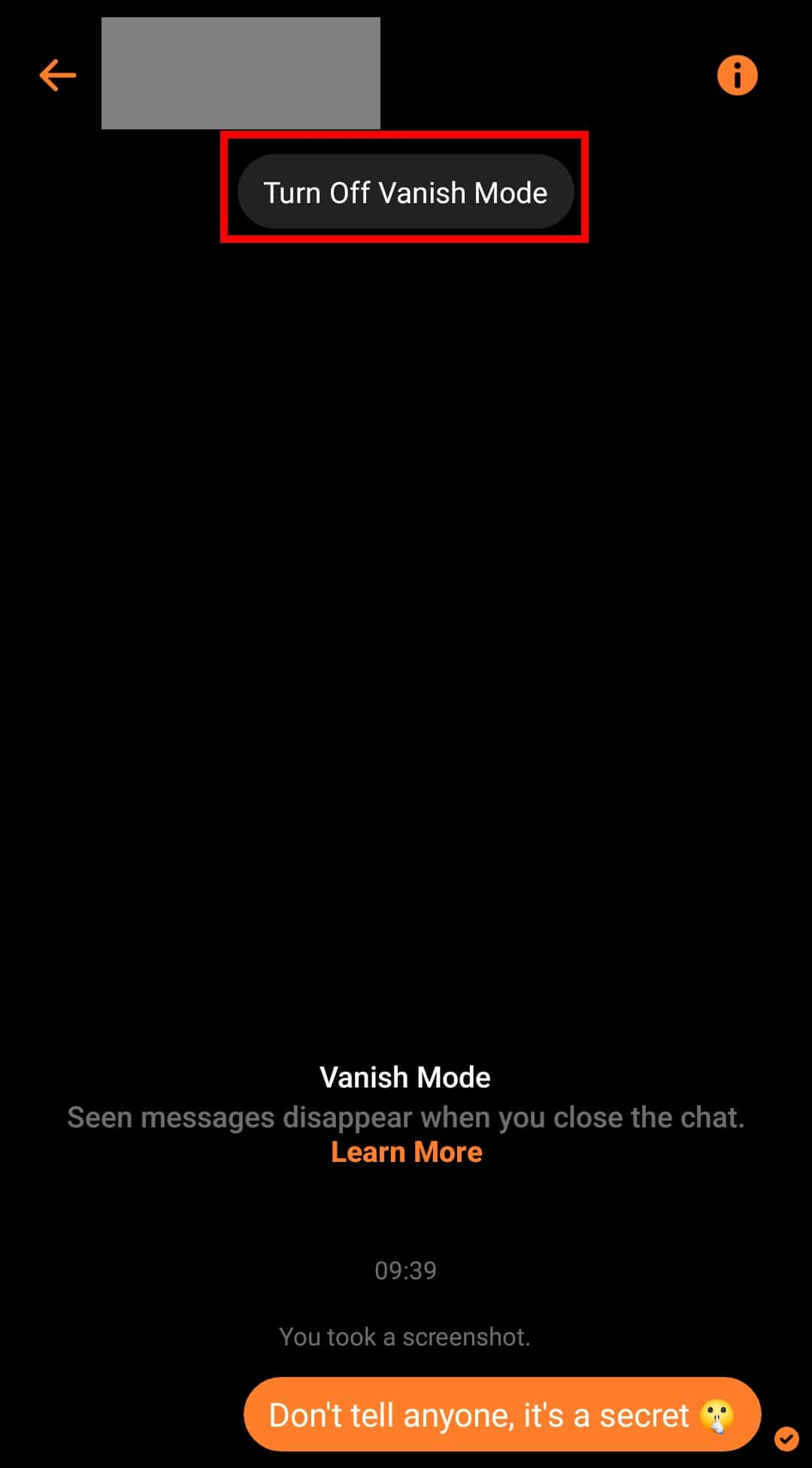 Alternatively, you can repeat the procedure for activating Vanish Mode. In other words, you can swipe up, and hold your finger until you see the “Release to turn off vanish mode” prompt. 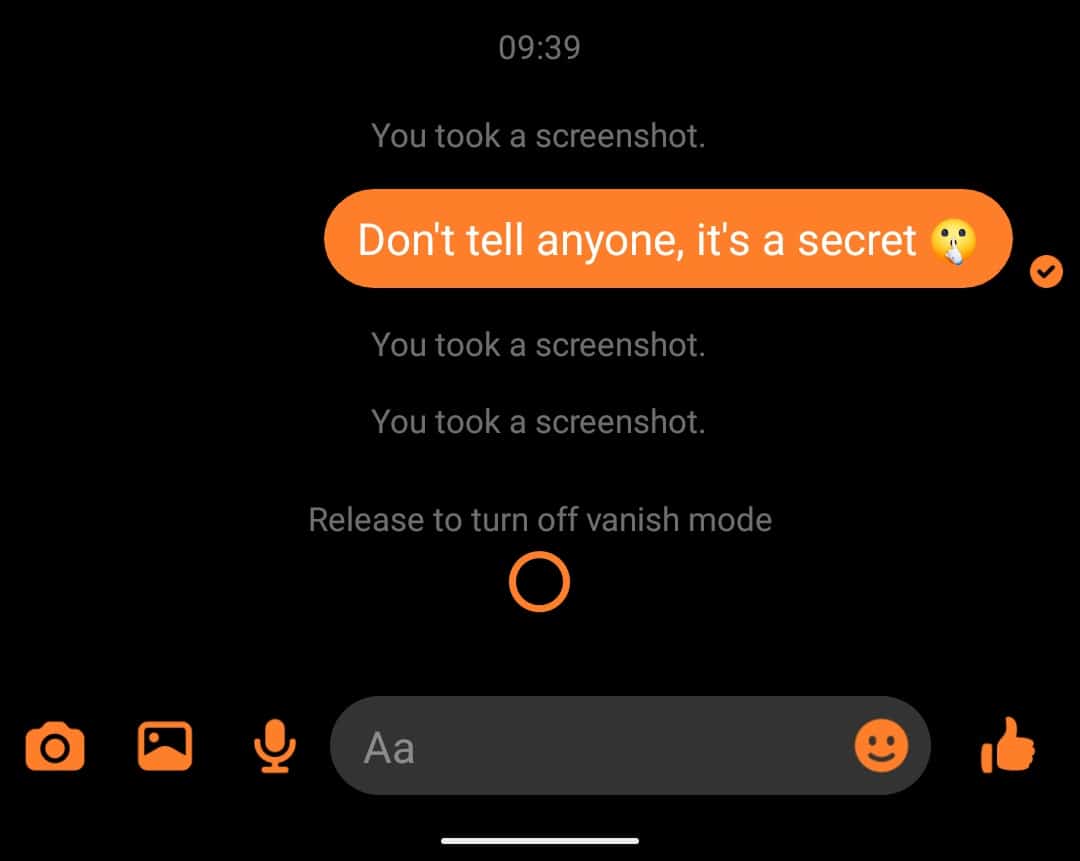