Skip to content
Advertisement
Trusted By Millions
Independent, Expert Android News You Can Trust, Since 2010
Publishing More Android Than Anyone Else
0
Today
126
This Week
735
This Month
5310
This Year
122861
All Time
Advertisement

Perhaps one of the most under-utilized features of Twitter, is the ability to schedule a tweet, and we’ll be showing you how to do that today. This is a really useful feature because you can set tweets to be sent in the future. This is great for all kinds of things. Like tweeting while you’re on vacation without actually opening your phone.

Unfortunately, it appears that Twitter has removed this functionality from the Twitter mobile apps (for iOS and Android) so you can only do it from Twitter’s website and a few other third-party apps. Tweetdeck is one that supports it, and has for many years. So do keep that in mind here as we go through how to schedule a tweet on Twitter.

Now tap on the icon that looks like a calendar and clock. It’ll be the fifth icon from the right.

From here, you can select the date, and time as well as the time zone for sending your tweet. The time zone is a really useful trick. 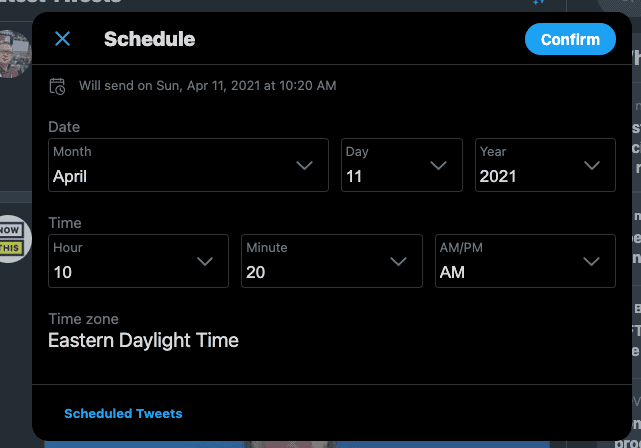 Now tap on Confirm in the upper-right hand corner. Make sure that the tweet is set for the future, otherwise you won’t be able to schedule it.

After you tap on confirm, the Tweet button changes to Schedule. Tap on that.

Now your tweet will go out at the specified date and time. And that’s all there is to it. 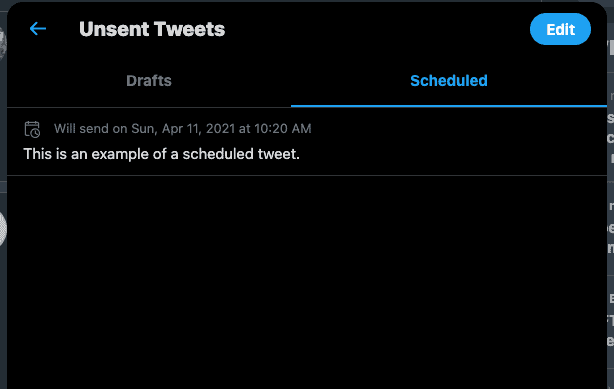 You can go back and edit the tweet since it hasn’t been sent out yet. Just repeat the steps above and when you get to the schedule portion, tap on “Schedule Tweets” at the bottom. This will take you to your scheduled and draft tweets. And you can edit them from there.