Arlo cameras are easily some of the best around for monitoring things, but what if you need to save or share your footage? That is, after all, something that Arlo cameras can do from either a smartphone, tablet, or computer. Even if it isn’t the easiest thing to do.

Now, one of the biggest hurdles for saving and sharing footage from the ecosystem of Arlo Cameras comes down to differences between this system and some others. As is so often the case with how-to guides.

Namely, the process itself is relatively easy, but the tools aren’t located where users might expect them to be. The process does, in fact, require an active Arlo subscription. At the very least, if you want to create clips stored in the cloud for easier saving.

Having said that, once you know where to look, saving and sharing footage from your Arlo cameras is straightforward. So let’s dive right into it.

Of course, the best way to share video footage from Arlo cameras isn’t going to be via a direct share — although that certainly works, the “how” on that front is a bit less than straightforward. Primarily because it only shares via a link either emailed or copied. That’s as opposed to sharing the footage itself.

Both methods are accessed in the same way, however, so we’ll cover both here. As well as the benefits and drawbacks of both.

Additionally, there may be some differences in the app or web depending on the camera you’re using. Although they should be universal enough for this guide to be useful, we’re using the Arlo Essential Indoor Security Camera for our guide.

The first step, as is always the case with these types of guides, will be to open up the Arlo app or website. We’re using the app for the images below. You won’t be able to accomplish this through the Google Home, Alexa, or HomeKit apps, even if you have those synced. 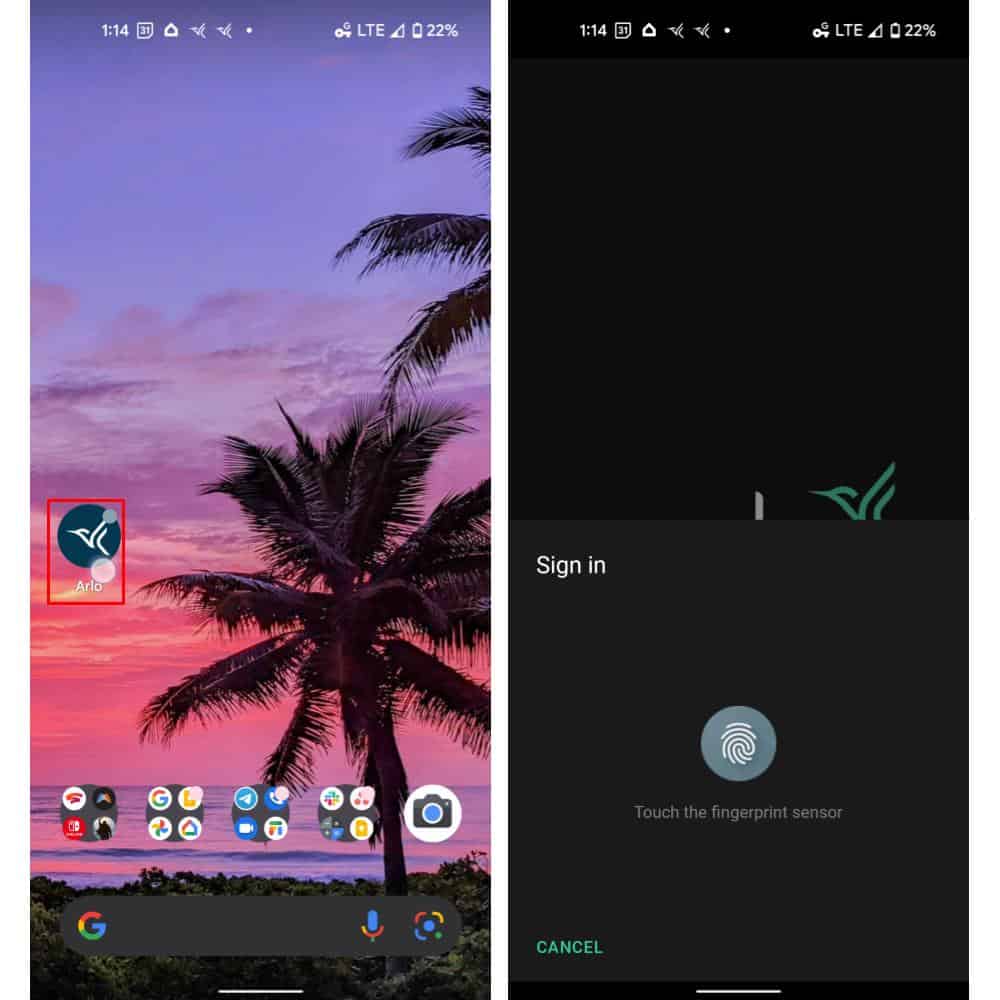 Next, you’ll need to navigate to the “Library” segment of the main Arlo UI. On the mobile app, that’s via the bottom bar UI, as shown below. The option will still exist but might be elsewhere in the web app.

When the library page loads, you’ll be presented with UI for navigating days and months. You can change the month you’re in by selecting the “back” and “forward” chevron arrows at the top of the page. Located, specifically, on either side of the selected month title. Days can be navigated via swipes and taps on the numbered bar and associated chevron arrows just below the month.

Begin by selecting the day from which you’d like to share footage, using those tools. Or, skip to the next step if you’d like to filter your results first. 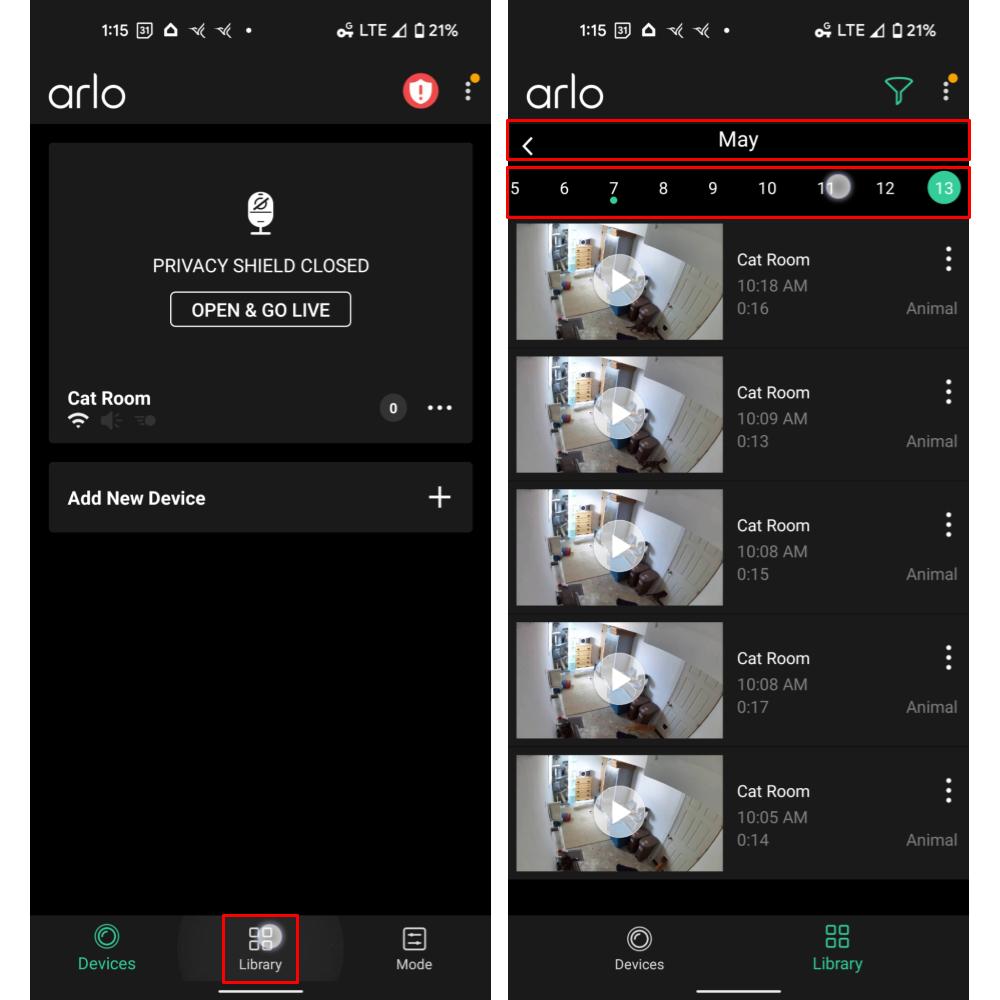 Additionally, there is a filter icon located at the top right-hand side of the UI. You can filter by date, camera, AI-recognized object (such as animals, packages, and vehicles), favorites, and motion or audio. And, of course, there are more options to be found by scrolling down. 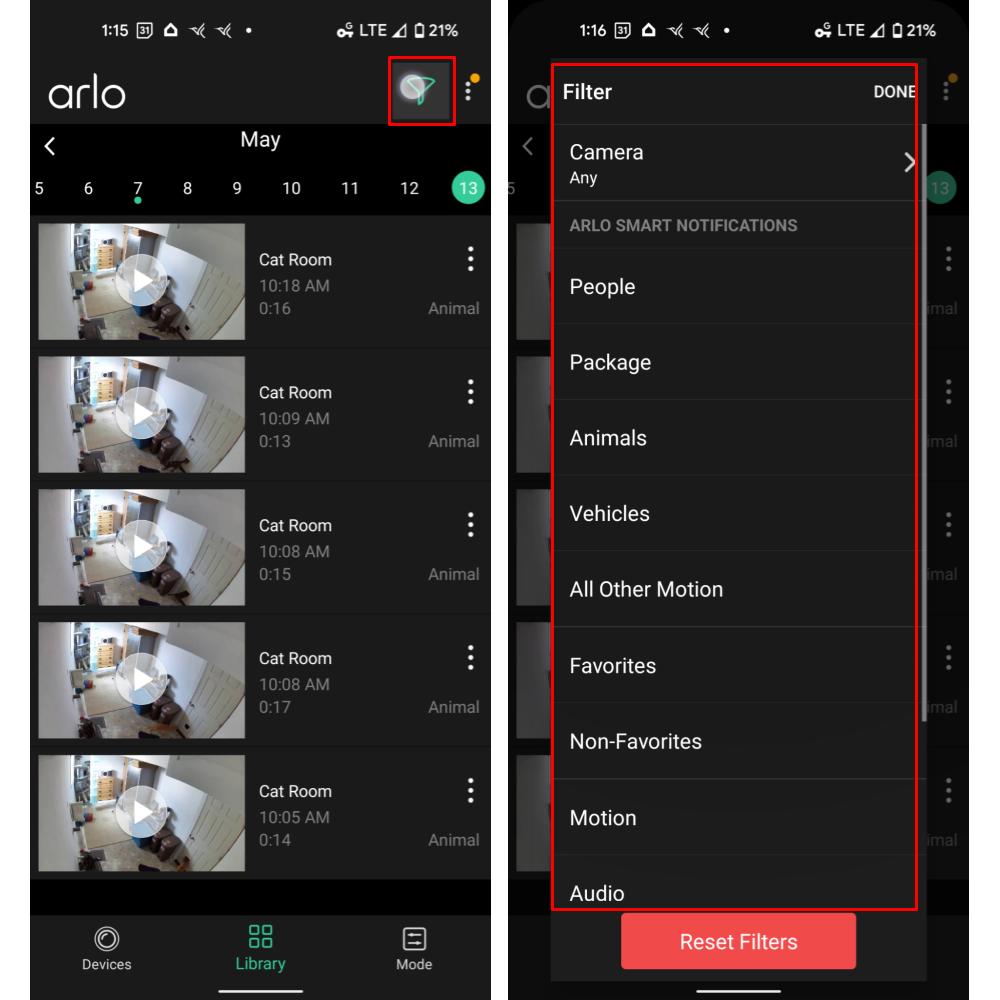 If you only need one clip from the selected day, simply tap on that clip to load it up. Then select the three-dot icon at the top right-hand side of the UI. From there, you’ll be able to select your sharing options. Those will be the same as those found in the remaining steps here, as shown below. 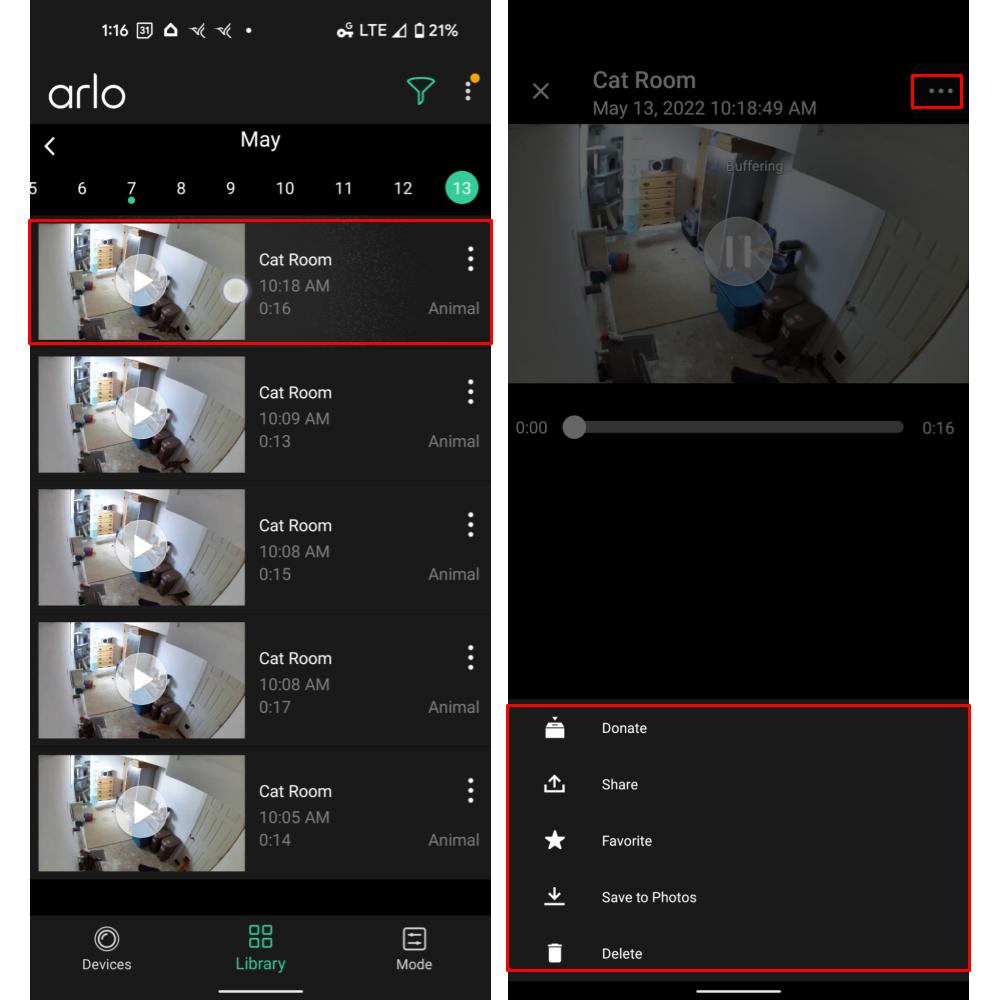 If you’d like to save and/or share more than one clip, long-press on the first clip. Then you can simply tap additional clips to select them. 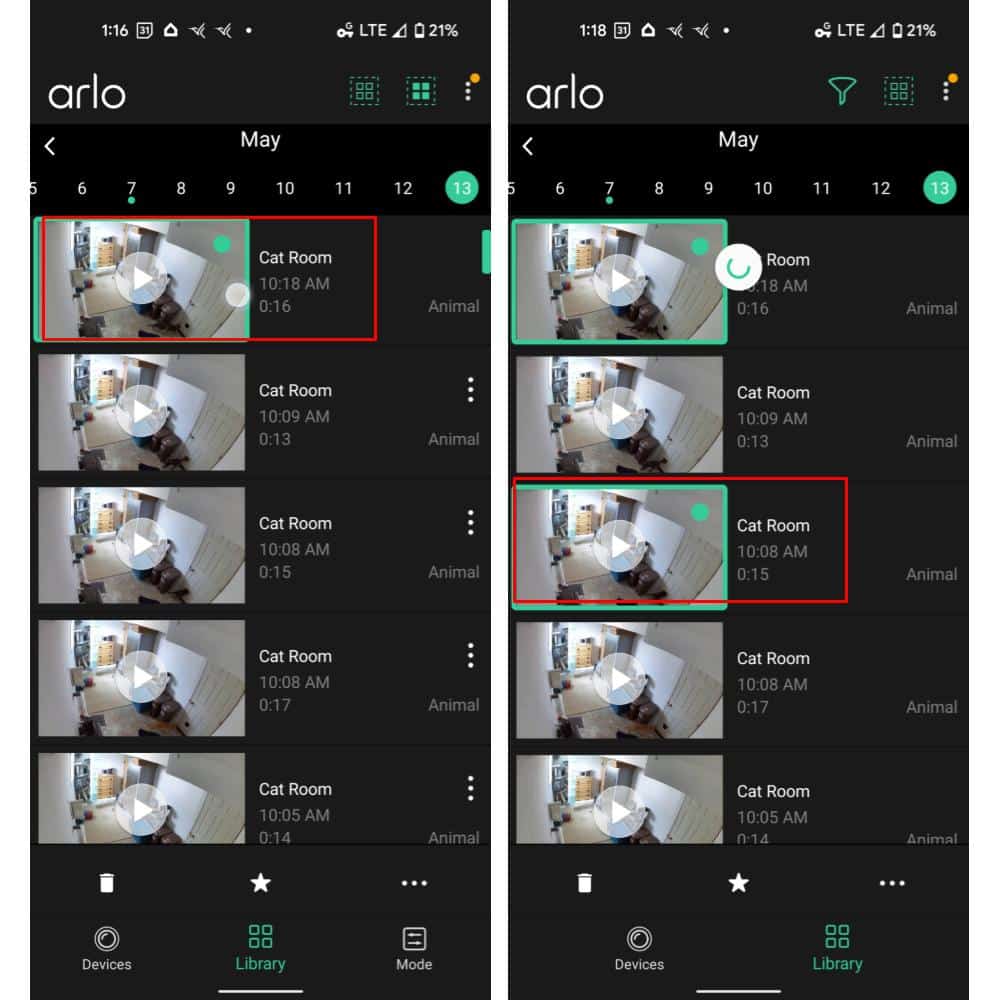 Conversely, selecting the first clip will call forward multi-select icons along the top of the UI. As shown in the images below, those include a “select all” and “deselect all” icon. 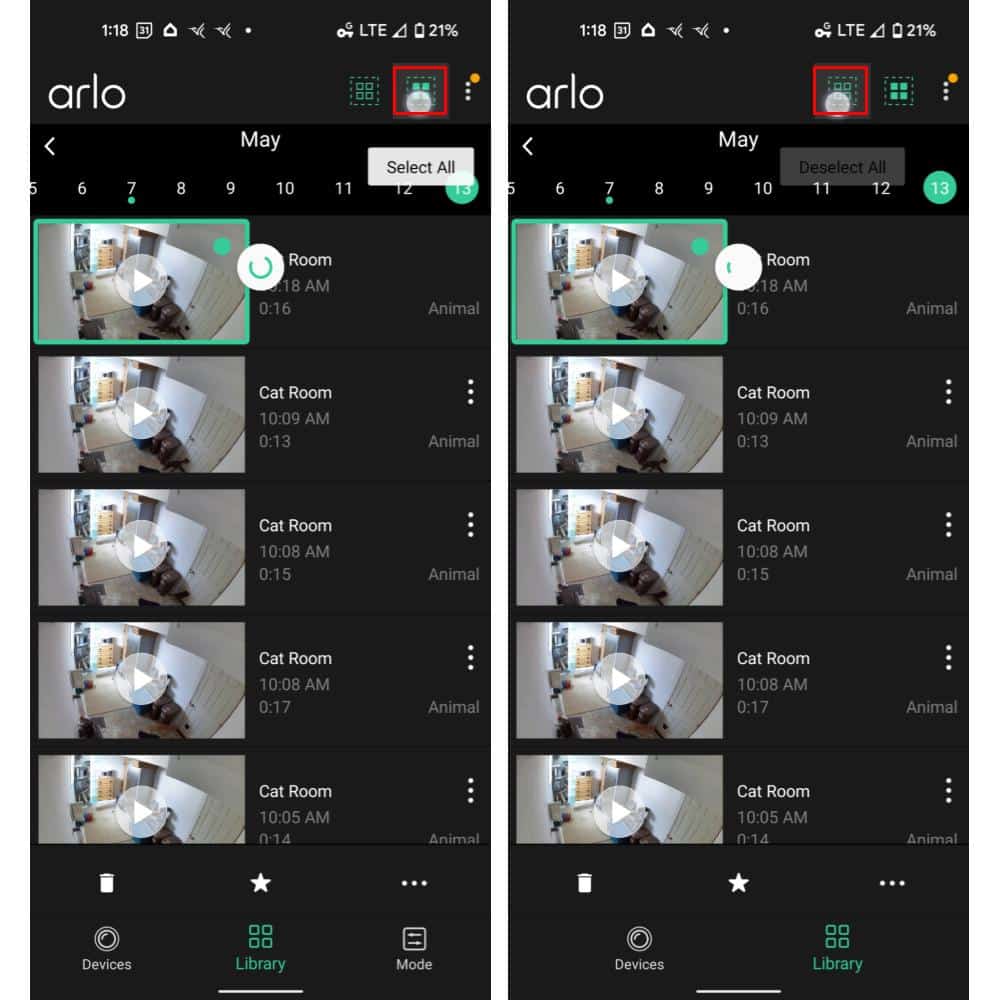 Once you’ve selected the clip or clips you’d like to share or save, select the three-horizontal-dot icon shown in the bottom bar UI. That will call forward a range of options for the selected clips. 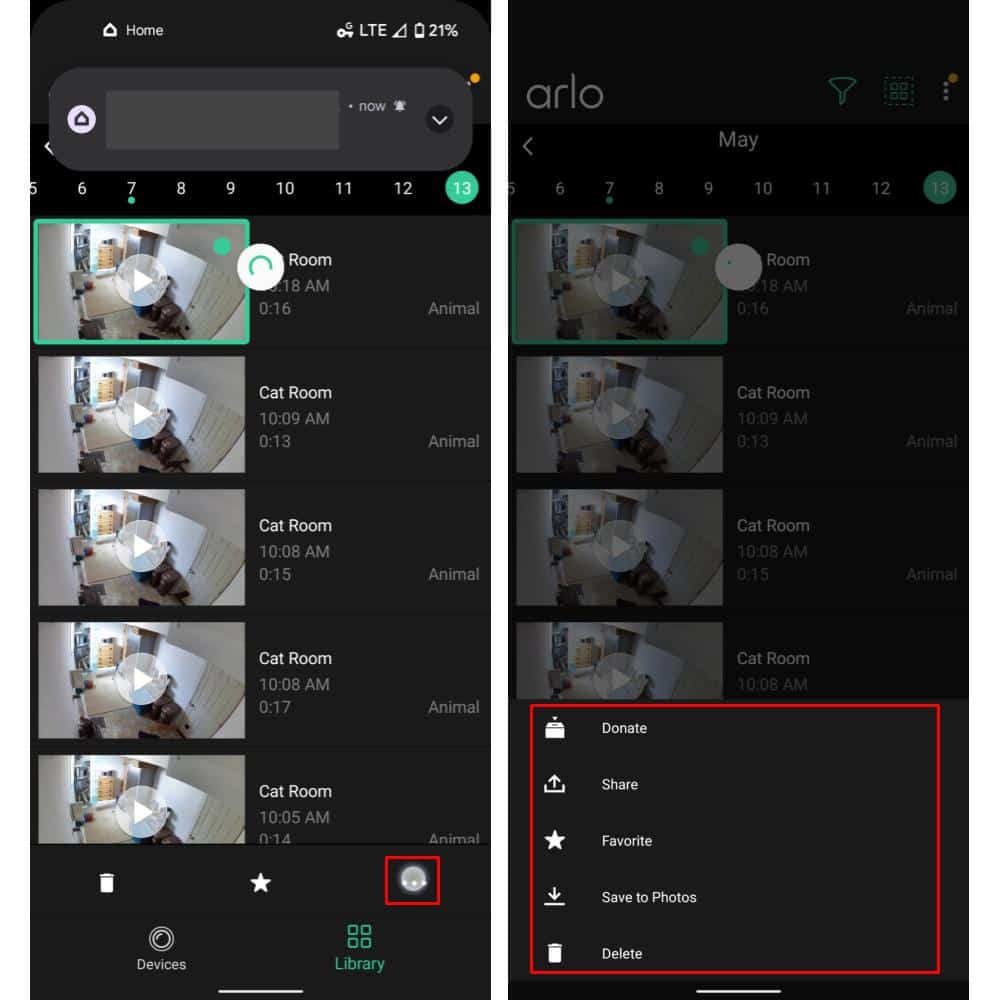 From the resulting menu, you’ll have two options for sharing. The first is to select “Share” but this won’t work how many might expect it to. Instead of pulling forward the Android system-level UI for sharing, Arlo uses its own. Meaning that you’ll only have two options to share this way. Both of which rely on links rather than sharing the actual media. And only users with links can access the footage shared this way.

The first option, shown below, is “Email link” — which opens up an email-based UI for sharing the link. The second option is more generic, letting you copy the link to your clipboard for sharing elsewhere. In either case, the media file itself isn’t being shared. Instead, the Arlo will save the footage from the cameras in question so you can share them elsewhere. 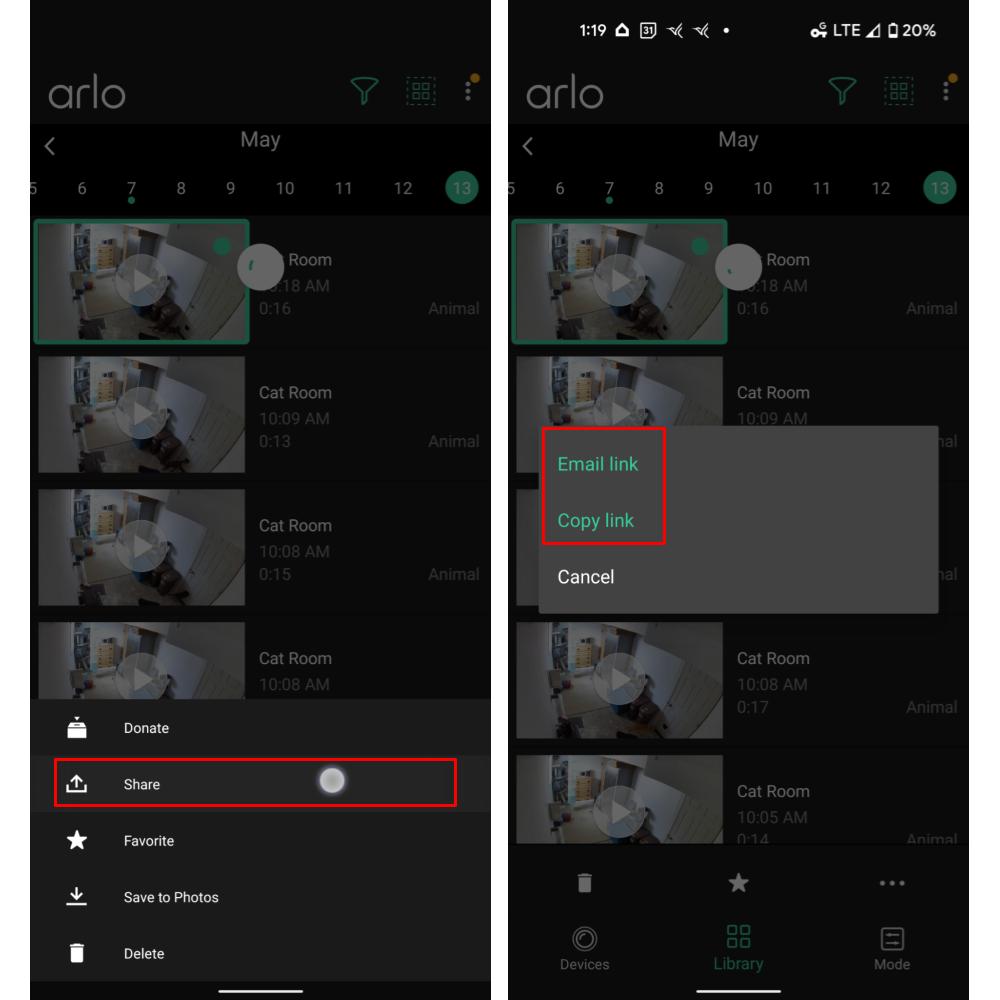 The second available option is “Save to Photos.”

As might be expected, this option lets you save your footage to your device. Then you can share the footage directly. First, you’ll need to grant the app — if you haven’t already — permissions for file storage and photo access. Then, you’ll see a message that the footage began downloading to your device. Swiping down from the notification shade will also show a progress report for the download. As well as serving as a quick way to access the files once downloaded.

Then, you can share them using the Android system-level UI in the video viewer on your smartphone. Or from your computer, if you’ve opted to download and share from there. 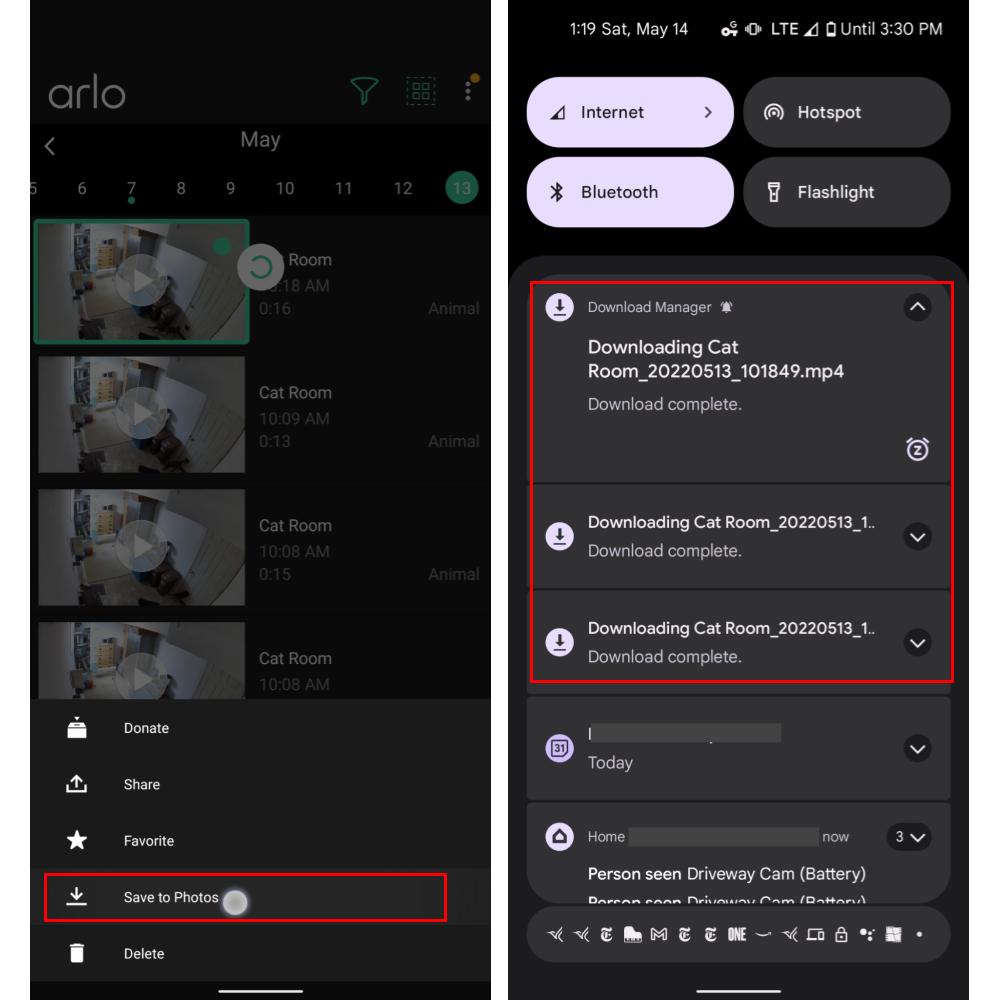