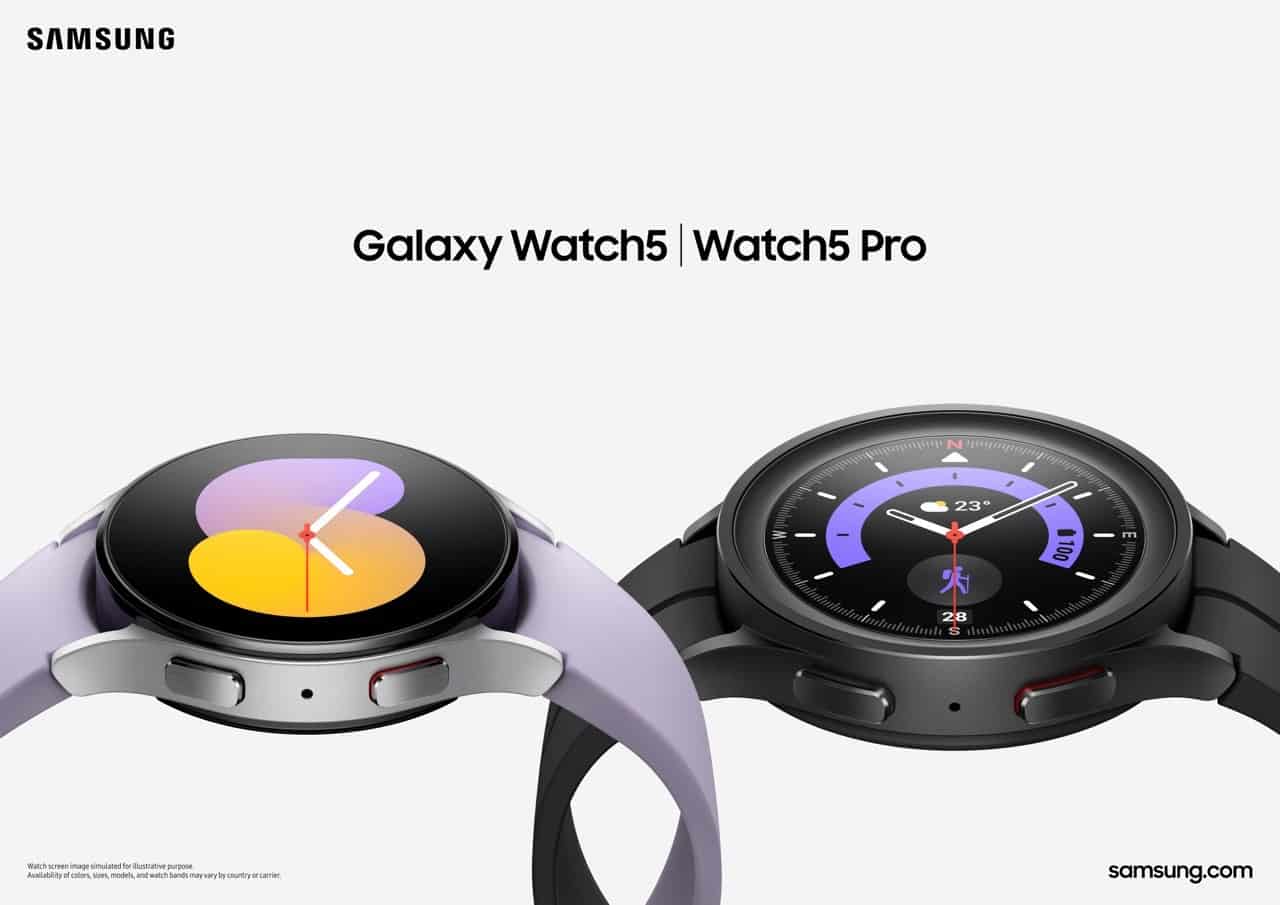 While Samsung won’t be officially putting the Galaxy Watch 5 and Galaxy Watch 5 Pro up for sale until later this month, you can actually pre-order it right now. It also never hurts to have a head start if you want the watch at the absolute earliest possible moment. While you may not exactly be the very first person to receive the watch, a pre-order is generally going to ship out to where the product shows up in time for launch day.

At the very least pre-orders usually show up soon after. So to pre-order the Galaxy Watch 5 or Galaxy Watch 5 Pro, you’re highly likely to have it on your wrist well before anyone who waits to buy on launch day. With all of that said, there’s more than one way to pre-order either watch.

Your local carrier will also have some available stock. Though which models exactly may vary by location and carrier. We’re going to recommend that most people place their pre-orders with Samsung. That is if you want any sort of special promotional deals. Samsung usually offers wild discounts or promos.

However, if you want the watch fast with free shipping, don’t rule out grabbing the pre-order from Amazon. If you’re a Prime member, you’ll get free shipping. And depending on your location, the shipping may only be one day. In some cases Amazon pre-orders can arrive before other retailers. So keep this in mind. With all of that said, here’s where you can pre-order both new watches.

It goes without saying you can pre-order the watch from its creator. And Samsung will have some pretty great promos on offer for those who want to pick up either model of the watch.

As noted above, Amazon is another retailer you’ll be able to pre-order both the Galaxy Watch 5 and Galaxy Watch 5 Pro from. Prime members will benefit from free and faster shipping, but there are no special deals or promotions.

Another big retailer that carries just about every big Samsung product is Best Buy. If your local Best Buy is open on the day of launch (August 26), you may be able to walk in and buy one. But you can also pre-order from the Best Buy website starting today.

If you’re an AT&T subscriber, you may want to consider pre-ordering the Galaxy Watch 5 or Galaxy Watch 5 Pro from your carrier. Especially if you’re planning to get two watches. AT&T is offering what is essentially a buy-one-get-one-free deal. Kind of.

Galaxy Watch 5 Pro (Not yet live)

T-Mobile, too, will be carrying Samsung’s new smartwatches. So if this is your carrier of choice, rest assured you’ll be able to pre-order the Galaxy Watch 5 and Galaxy Watch 5 Pro here. Like AT&T, T-Mobile will probably offer a promotion. Though at this time one has not been confirmed.

Verizon subscribers, don’t feel left out, because your carrier hasn’t forgotten about you. Yes, Verizon will also be selling both new watches and will have them available for pre-order. Verizon will also have its own promotion on offer, but like T-Mobile has not yet mentioned what that promotion will be.